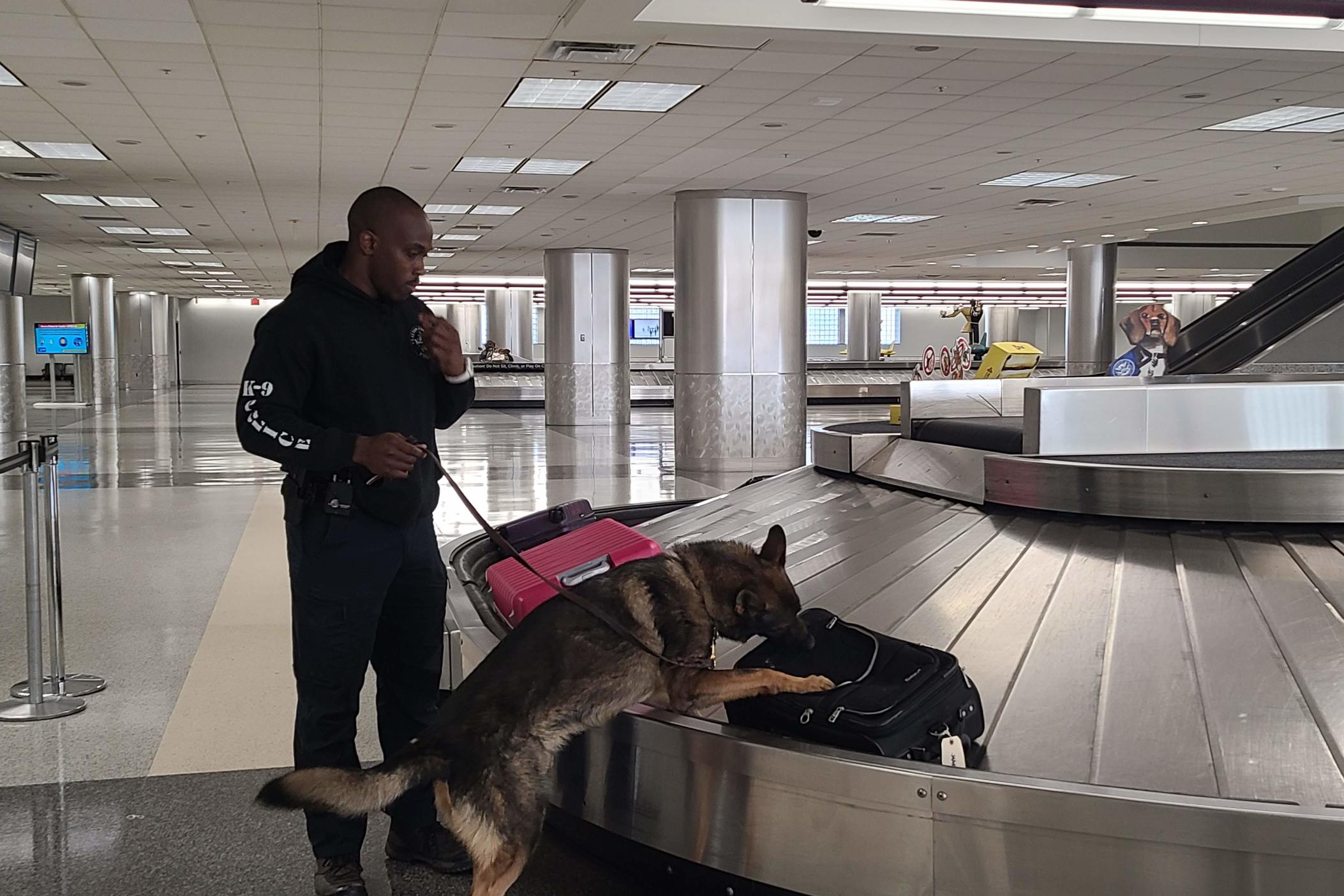 In an unused terminal at Hartsfield-Jackson Atlanta International Airport, a group of K-9s and their trainers ran drills around a luggage carousel. The dogs came from law enforcement agencies across Georgia for a two-day training conference hosted by U.S. Customs and Border Protection.

The conference focused on teaching dogs to sniff luggage, planes and warehouses for narcotics, smuggled people and smuggled foods.

It's a change for K-9 units from Georgia State Patrol, the Department of Corrections, and local city and county police departments, for whom they usually help with traffic stops.

Ken Hodgkins, a supervisor with U.S. Customs and Border Protection, said this additional training places the dogs in new scenarios.

“If they ever got a need to be called to Peachtree-Dekalb (Airport) where they need someone to search a plane, they’d already have that experience,” Hodgkins said of the officers, both human and four-legged. "So they’d be able to hit the ground running."

Before dogs are assigned a human officer, they start their journey with five weeks of basic detection training at an academy in Virginia. From there, CBP dog handlers work with the dogs another seven weeks until they’re ready to be assigned to an airport or border crossing.

“It’s the county’s dog, but he’s still with me," Kendrick said. "Everywhere I go, he goes. When I go home, he goes home with me. I still have to clean out his kennel, still have to train with him, still have to feed him.”

Many of K-9s come from shelters, but Hodgkins said agencies still have certain breeds they prefer to handle the job.

“Historically, U.S. Customs and Border Protection has bought Belgian Malinois and German shepherds for use for narcotics and human detection training,” he said. “Recently, we’ve branched out and added in the sporting breeds," which he said means also selecting wirehaired pointers and Labrador retrievers for police work.

Hartsfield-Jackson also has eight beagle teams that specialize in agriculture searches. They look for smuggled foods that could bring invasive insect species into the country.

Hodgkins said the additional training will allow agencies to help each other in larger enforcement efforts when needed. 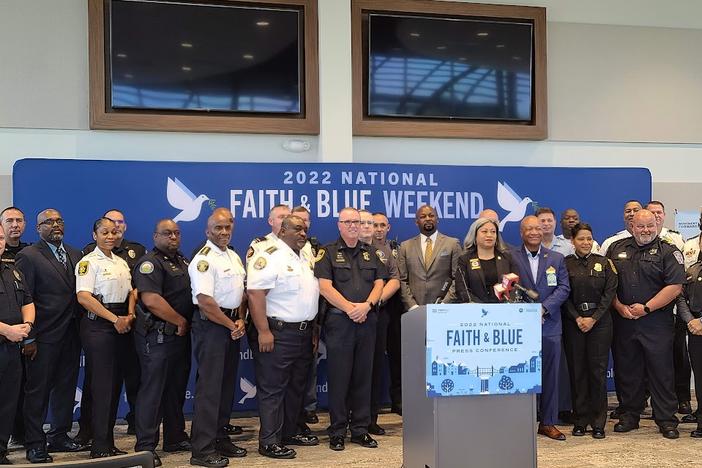 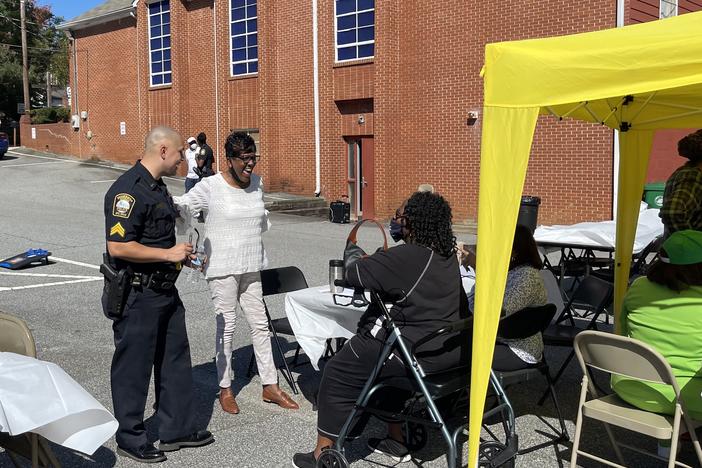 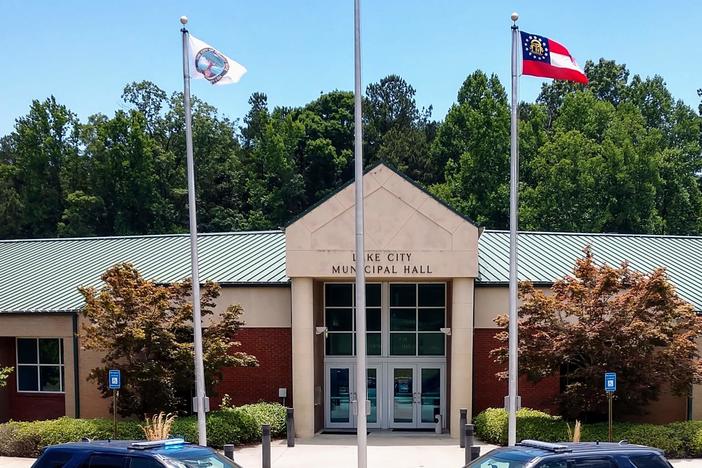