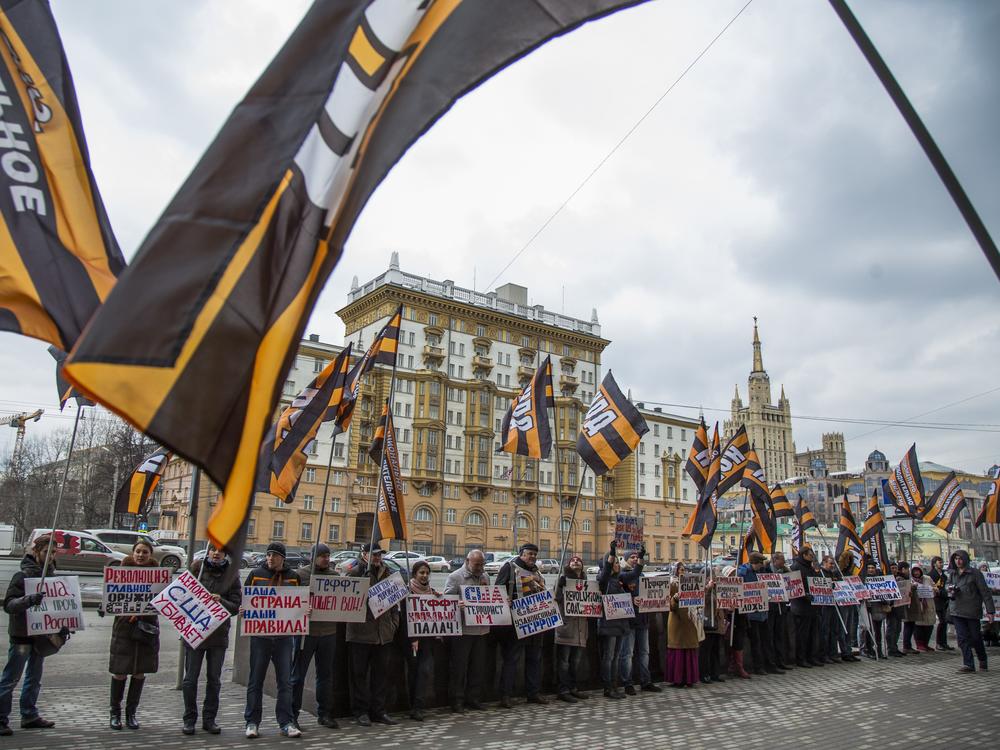 In 1996, Michael Beck and a colleague at the National Security Agency were sent to a "hostile country" on a brief assignment. After being detained at the airport for about an hour, they were allowed to go, but knew they were being closely watched.

A few days into the assignment, Beck woke up at his hotel feeling terrible.

"It was extreme fatigue and weakness. I was a bowl of jelly and couldn't get moving," said Beck. He was suspicious of the cause, but the symptoms went away.

A full decade later, Beck was diagnosed with early-onset Parkinson's disease at age 46. At almost exactly the same time, his colleague from that trip, Chuck Gubete, received the very same diagnosis. Gubete, who died several years later, had a family history of Parkinson's, but Beck didn't.

Beck came to believe his illness was caused while on that trip, and he filed a workman's compensation claim with the NSA. As part of the process, the NSA sent Beck a short but striking letter in 2014.

"The National Security Agency confirms there is intelligence information from 2012 associating the hostile country to which Mr. Beck traveled in the late 1990s with a high powered microwave system weapon that may have the ability to weaken, intimidate or kill an enemy over time and without leaving evidence," the letter said.

"This weapon is designed to target the living quarters in microwaves, causing numerous physical effects, including a damaged nervous system," the letter added.

Beck, now 61 and living in Maryland, is still battling to prove his claim. The country he traveled to remains classified. But his attorney Mark Zaid notes that the NSA letter was written in 2014 — two years before the first Havana Syndrome cases were reported.

"Here we have an unclassified document from a U.S. intelligence agency admitting it knows of this before Havana," Zaid said. 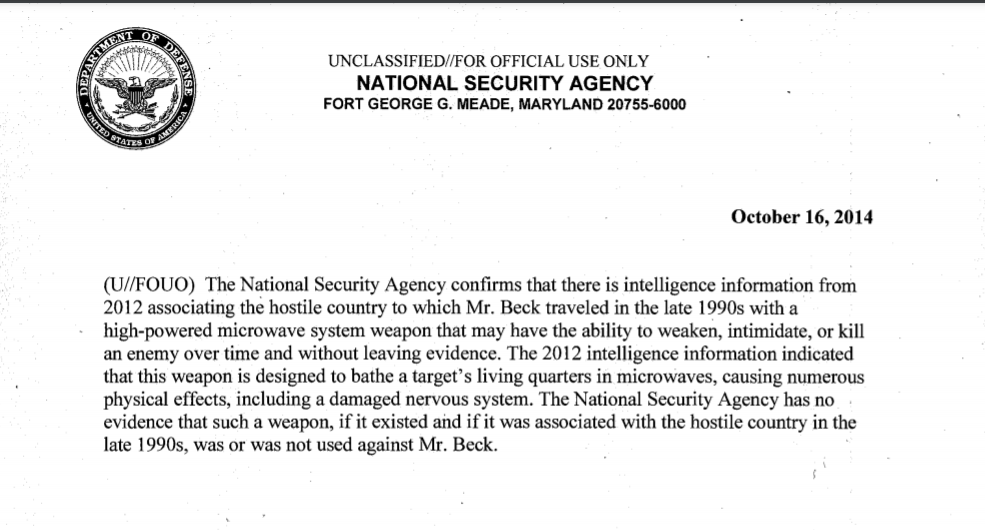 A 2014 letter from the NSA to Michael Beck acknowledging that there's U.S. intelligence indicating an unnamed foreign country has a microwave weapon. / Courtesy Mark Zaid

The U.S. government says it's still trying to figure out what's causing the mystery ailments known as Havana Syndrome, which began afflicting mostly U.S. diplomats and intelligence officers in the Cuban capital five years ago.

There are reportedly more than 200 cases in multiple countries, with many saying they've suffered debilitating migraines, dizziness and memory loss.

While that investigation continues, the U.S. government has documented one country, and its intelligence services, going to extraordinary lengths to target a U.S. Embassy and personnel.

"The Russian services are very aggressive. They would use whatever means possible to collect [intelligence] against us," said John Sipher, a retired CIA officer. Sipher served in Moscow in the 1990s, and in the early 2000s led the spy agency's Russia operations at CIA headquarters.

"I've stayed in touch with a lot of folks, and it is a general view that the Russians have probably taken actions that have impacted the health of American diplomats and intelligence officers," said Sipher.

Sipher acknowledges his information is anecdotal, not scientific. He points to numerous former colleagues who came down with cancer at relatively young ages.

What has been firmly established is Moscow's long history of surveilling the U.S. Embassy.

Like the intricate, hand-carved wooden seal of the United States that Soviet schoolchildren presented as a gift to the American ambassador in 1945. That seal contained a listening device that eavesdropped on countless conversations of U.S. ambassadors before it was uncovered seven years later.

In the 1970s and 80s, the Soviets intercepted IBM electric typewriters in transit from the U.S. to the embassy. The Soviets installed monitoring devices that picked up most every keystroke for years.

One of the longest running operations, dating to the 1960s and lasting for decades, was beaming microwaves at the embassy.

Memos from the CIA, the State Department and presidential advisers routinely refer to this practice, especially in the 1970s and 80s.

"This would seem an appropriate opportunity to reiterate at a high level, our standing demand that microwave signals directed at Embassy be shut off forthwith," Jack Matlock, the embassy's no. 2 official at the time, wrote in a 1978 memo. 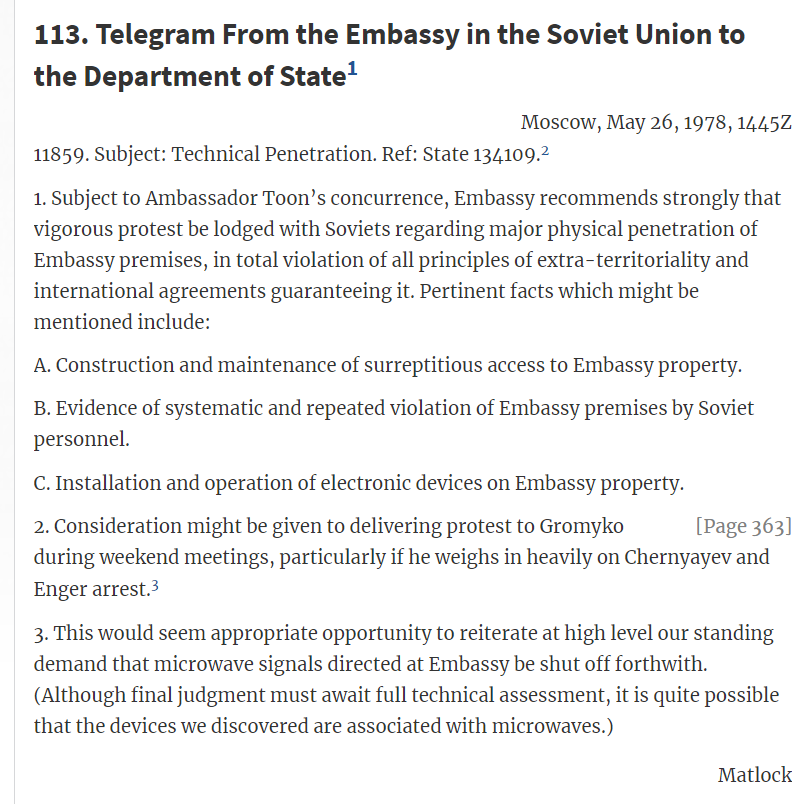 A 1978 telegram from Jack Matlock, the No. 2 official at the U.S. Embassy in Moscow, calling on the U.S. to again demand that the Soviets stop beaming microwave signals at the embassy. There are many such memos from the 1970s. / U.S. State Department

The Soviets were presumably seeking intelligence, and health concerns were mentioned mostly in passing in these memos.

Of course, the spying runs both ways, with the U.S. also pursuing Russian secrets as well.

But the Havana Syndrome cases, first reported in 2016, have generated so much attention because so many U.S. officials have reported falling ill.

Cases have since been reported in multiple countries, including Russia, Germany, Austria, China and Colombia. 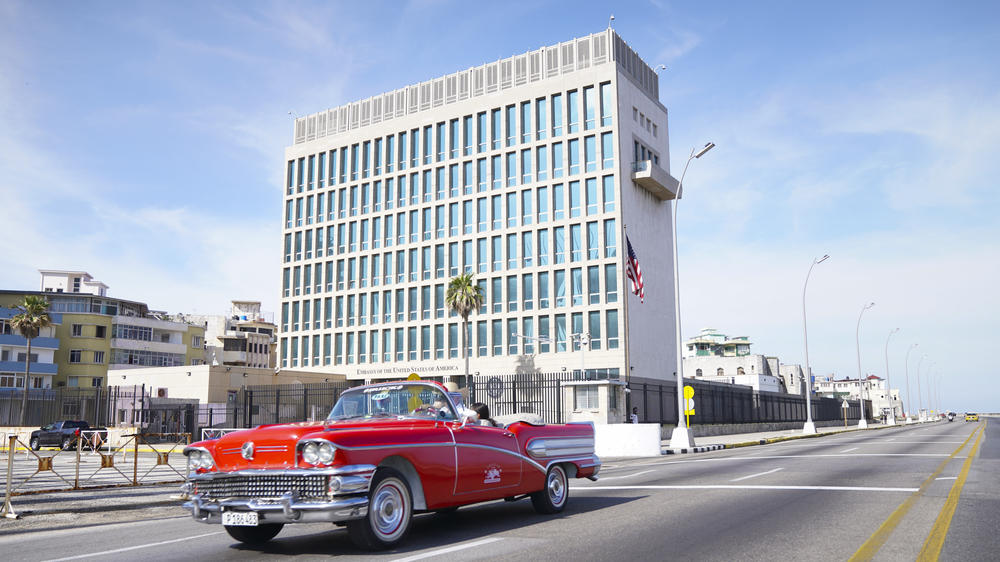 U.S. diplomats and intelligence officers at the U.S. Embassy in Cuba began reporting mystery ailments in 2016 that have become known as Havana Syndrome. / AP

Dr. James Giordano, a professor of neurology at Georgetown University, was asked by the State Department to start looking into the initial cases from Havana.

"It wasn't just accidental. Clearly, these individuals were getting hit with something which would have put them in the line of fire," said Dr. Giordano.

"I think what's important to understand, and this is an important term, is a constellation of effects, which is a generalized pattern of effects," he said. "If you're going to categorize them within a set of objective signs and subjective symptoms, they fall very squarely, and I would say rather neatly, within that definable set of characteristics."

At the request of the State Department, the National Academies of Sciences compiled a report last December.

"The mechanism that we found most plausible was a form of microwave radiation that occurs in a pulsed or intermittent form," David Relman, the Stanford professor who led the study, recently told NPR.

But Relman noted that the report was not definitive. Others have cast doubt on the microwave theory.

"We believe, although we can't show with direct evidence, that this [microwave] phenomenon could account for at least some of the clinical features," he added.

The Biden administration is making a push on multiple fronts. The CIA has ramped up its investigation. The Senate Intelligence Committee is getting regular briefings. President Biden signed a law this month providing compensation for those injured in Havana Syndrome cases.

"The Russians have never hesitated to use technology that could hurt our health," he said. "But there was always a reason. It was always part of a process to break into our computers or to turn on listening devices. When this first happened, I thought this must be some technology that has gone wrong."

"This hurting people and it is hurting their families and their children," he said. "But it's continuing to happen. The Russians — if it is the Russians — would have to be pretty bold to continue to do so when they now realize that they're harming the health of Americans."

If the U.S. government decides it has enough evidence to attribute the Havana Syndrome cases to a specific cause — and a specific country — that immediately raises an explosive question: How will the U.S. respond? 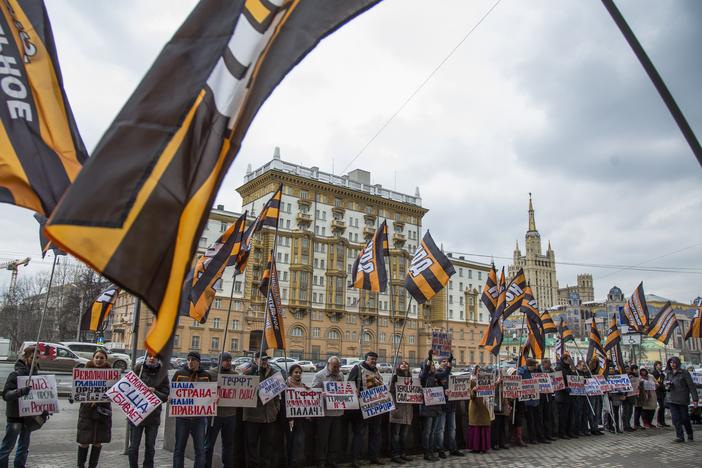 In the 1970s and 80s, U.S. officials routinely referred to the Soviet use of microwave radiation against the American Embassy in Moscow. The Soviets were believed to be seeking intelligence. 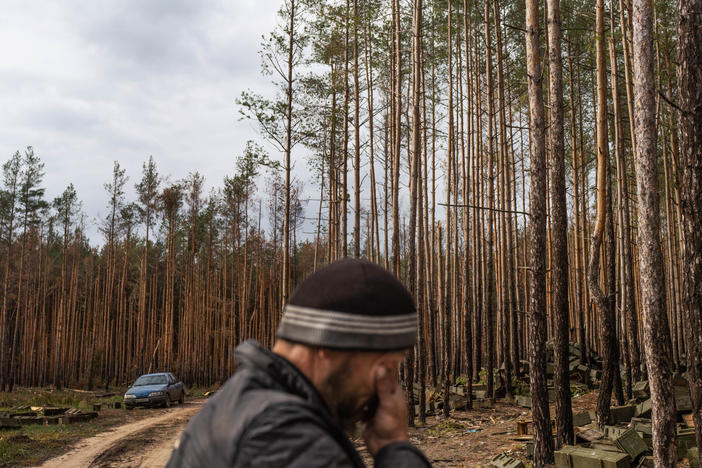 Ukraine says Russia is using the cold as a weapon against Ukrainians, by targeting the country's ability to heat and power homes. Repair crews are struggling to restore power to damaged areas. 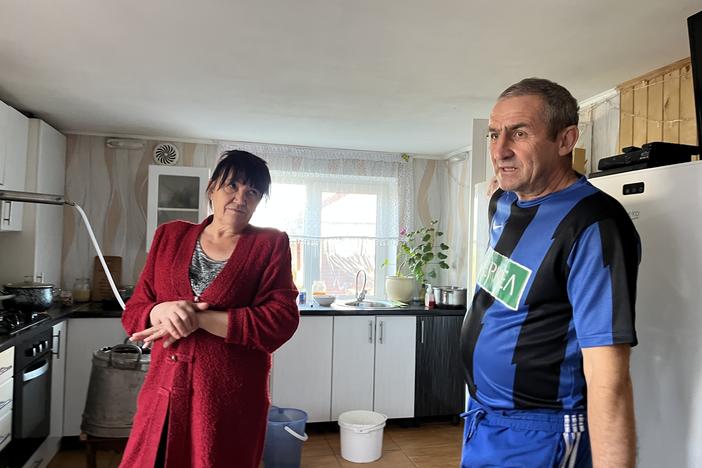 Another casualty of Russia's war: Some Ukrainians no longer trust their neighbors

The war in Ukraine hasn't only destroyed lives and buildings. It's also ripped apart trust in communities that endured Russian occupation. Neighbors now see each other as collaborators with the enemy.