NPR's A Martínez talks to McKay Coppins of The Atlantic about how a hedge fund, Alden Global Capital, is buying and then gutting newspapers — and the implications for democracy.

When you pick up your morning paper today, you might notice something a little different - maybe fewer articles, a lot fewer reporters and maybe some names you don't even recognize. Well, if you're reading the Chicago Tribune, Baltimore Sun or New York Daily News or countless other newspapers, it may be the result of a hedge fund that stepped in to buy those papers and then gut the newsrooms. The hedge fund is called Alden Global Capital.

And McKay Coppins of The Atlantic has been investigating the impact those cuts are having. McKay, welcome to MORNING EDITION.

MCKAY COPPINS, BYLINE: Thanks for having me.

MARTINEZ: All right. So right off the bat, I'm not sure most people know who owns their local paper and why they should care. So, McKay, why does it matter if the owner of a newspaper decides to scale it down?

COPPINS: There's a pretty big body of research that shows that when a local newspaper vanishes or is dramatically gutted, it tends to correspond with lower voter turnout, increased polarization, a general erosion of civic engagement. It makes it easier for misinformation to spread, for conspiracy theories to spread. There's even research that shows that city budgets tend to get bigger - the theory being that corruption and dysfunction are increasing without a newspaper to hold the people in power to account. So there really is a lot of downstream effects of a newspaper like the Chicago Tribune or the Baltimore Sun or even a smaller local newspaper scaling back its newsroom.

MARTINEZ: So a newspaper, especially a robust local newspaper, can act like the connective tissue of a community.

COPPINS: That's right. In fact, a lot of cities almost operate with the assumption that there will be at least one local newspaper, in some cases, several local newspapers, acting as a check on the authorities. And what we've seen in a lot of these places where newspapers have been scaled back or even closed is that there really is no comparable product in place, whether it's by the government or by another news organization, to do what these local newspapers have done for hundreds of years.

MARTINEZ: Now, the newspaper industry isn't exactly the most lucrative business to get into. Why pick it then? What does Alden see in it?

COPPINS: Yeah. Well, Alden is a specific kind of hedge fund that a lot of people refer to as vulture hedge fund. What Alden has figured out how to do is to make a profit by driving these newspapers into the ground, more or less. But for a hedge fund like Alden, they don't need these newspapers to become long-term sustainable businesses. They just need to maximize profits quickly so that this will show up in their ledger as a winning investment.

MARTINEZ: Now, just to be clear, a lot of the newspapers were in very bad shape before Alden came in. So isn't Alden buying them actually the only way some of these would have survived?

COPPINS: That's the argument that Heath Freeman, the president of Alden Capital, made to me when I interviewed him. He essentially said, look, these are newspapers that would have been liquidated if we had not stepped in to buy them. And in some cases, that's probably true. But it's not true in every case. The Tribune Company, which included those newspapers we mentioned - the Chicago Tribune, The Baltimore Sun, the New York Daily News - that company was turning a profit when Alden bought it. And it still immediately offered aggressive rounds of buyouts at all of its newspapers and shrunk the newsrooms in order to increase profit margins.

MARTINEZ: Now, in your piece, you focus on the Chicago Tribune. That was the home of the great movie critic Gene Siskel - one of the most renowned newspapers that Alden now owns. But what's the state of the newspaper today?

COPPINS: Yeah, you know, I actually visited the Chicago Tribune's office this past summer, and I was really shocked by how grim the scene was. You know, there are a lot of great reporters there still doing important work. But they no longer have their prestigious downtown newsroom. They're working out of a Chipotle-sized office that's near the printing press. Earlier this year, after Alden completed its takeover of the Tribune, it offered a round of buyouts. And a quarter of the newsroom left, including a lot of big-name writers, reporters, columnists, photographers. And those who have remained are doing their best to fill the holes. But as you can imagine, it's an almost impossible task.

MARTINEZ: Now, the Chicago Tribune is one of the bigger newspaper names in its portfolio. But Alden also owns a lot of smaller newspapers as well. So what kind of an impact is Alden having in places like, say, Vallejo, Calif., where Alden owns the Times-Herald newspaper?

COPPINS: Yeah. I spoke to a former reporter at the Vallejo Times-Herald who started in 2014. This reporter, John Glidden, told me that he started out as a general assignment reporter, which meant he was kind of covering local crime and community events and whatever came up. Within a few years, he was the only hard-news reporter left in town. He said he had this legal pad that he kept at his desk where he would write down tips that he got from sources. And a lot of them were tips for stories that he knew were important but that he would never get to. He was ultimately fired after criticizing Alden in an interview with The Washington Post. But, you know, when I talked to him, he said it was heartbreaking to see what this once-proud newspaper serving this proud city had been reduced to under Alden's ownership.

MARTINEZ: McKay, is this just how it's going to go for a lot of newspapers? I think of where I am in Los Angeles - the Times. If Dr. Patrick Soon-Shiong had not bought the Times, I'm wondering if a group like Alden wouldn't have taken over the LA Times, a newspaper of that size and stature. I mean, is this just how it is for a lot of newspapers, and there really is no other way around it?

COPPINS: The Financial Times recently did an analysis that found that half of all daily newspapers in the United States are already controlled by financial firms. That number is almost certain to keep growing. The question is, will local communities decide that this is an important issue, that it's worth saving these newspapers, protecting them from firms like Alden, or will they decide that they don't really care? I mean, there's been this idea for a long time that eventually these local newspapers will be replaced by new publications built from the ground up for the digital era. I think that that might be the future of local news. But in the meantime, there's nothing at anywhere near the scale of these local newspapers ready to fill the holes that they're going to leave if they're shut down.

MARTINEZ: McKay Coppins of The Atlantic, thank you very much for your time.

MARTINEZ: And just to note, we reached out to Alden Global Capital for a response. A spokesman took issue with the entirety of the story and laid out a long list of questions attacking the integrity of the reporter, The Atlantic and some of his sources without addressing some of the more specific claims in the report. 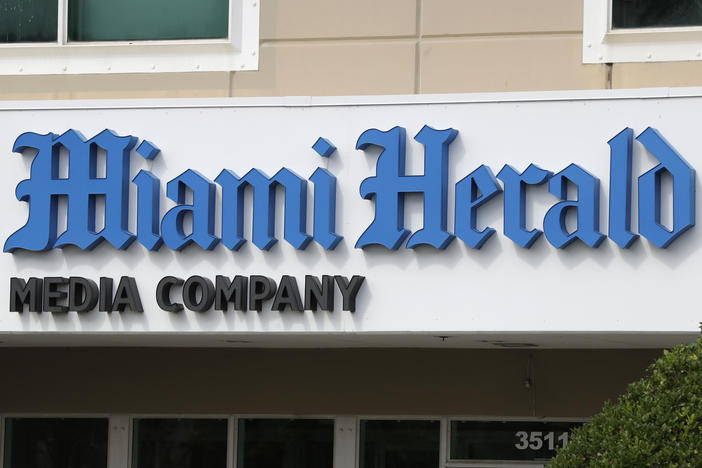 Miami Herald Executive Editor Monica Richardson published her response to a racist email she received, launching a conversation not only with the sender but with Miami as a whole. 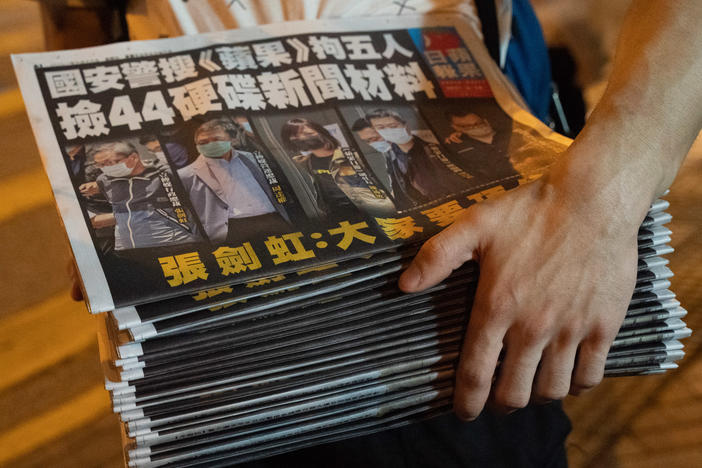 The pro-democracy newspaper will run its last edition on Saturday — signaling the end to Hong Kong's once freewheeling and muckraking reporting environment as well. 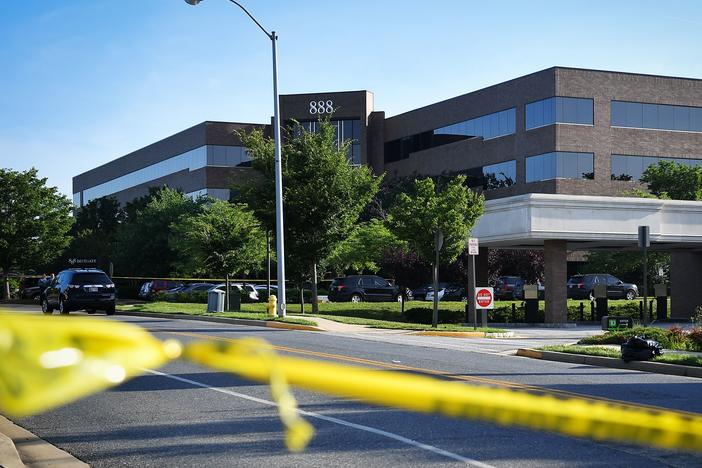 The attack at the Maryland newspaper in 2018 killed five employees. The gunman has pleaded guilty and the jury is set to decide whether he was "criminally responsible for reason of insanity."