Don't judge these teens by their tattoos 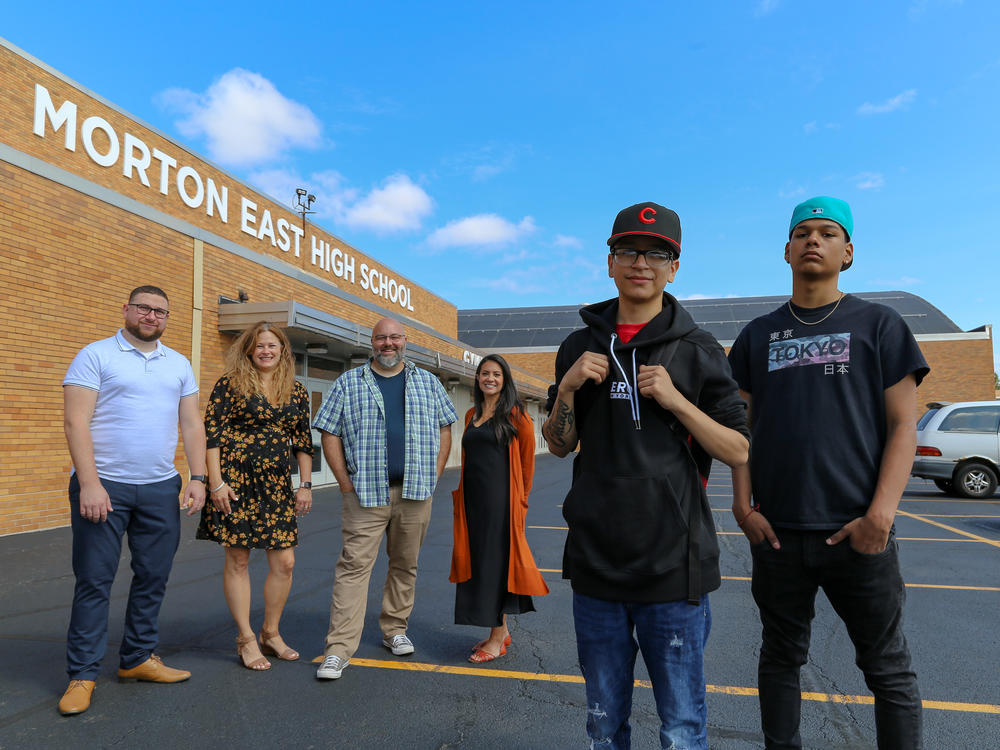 Who do you think of when you picture someone with tattoos? The answer is different for everyone.

Julian Fausto and Eric Guadarrama built a whole podcast around the question, deciding to look at the pros and cons of getting tattoos in "Teens and Ink." Julian is a senior at J. Sterling Morton East High School in Cicero, Ill., and Eric is a junior at Steinmetz College Prep in Chicago.

This year they took their passion for the artistry of tattoos and made it into a podcast. Julian's teacher, Mark Sujak, submitted their work to the NPR Student Podcast Challenge, and our judges chose "Teens and Ink" as one of this year's finalists, from more than 2,000 entries.

The podcast starts the way any conversation with Eric and Julian does: no nonsense.

"All right listeners — listen. Imma start from the beginning: Ever since I was younger I knew I wanted tattoos," says Julian.

Eric jumps in with a prepared question: "Sorry to interrupt, but who influenced you to want a tattoo?" 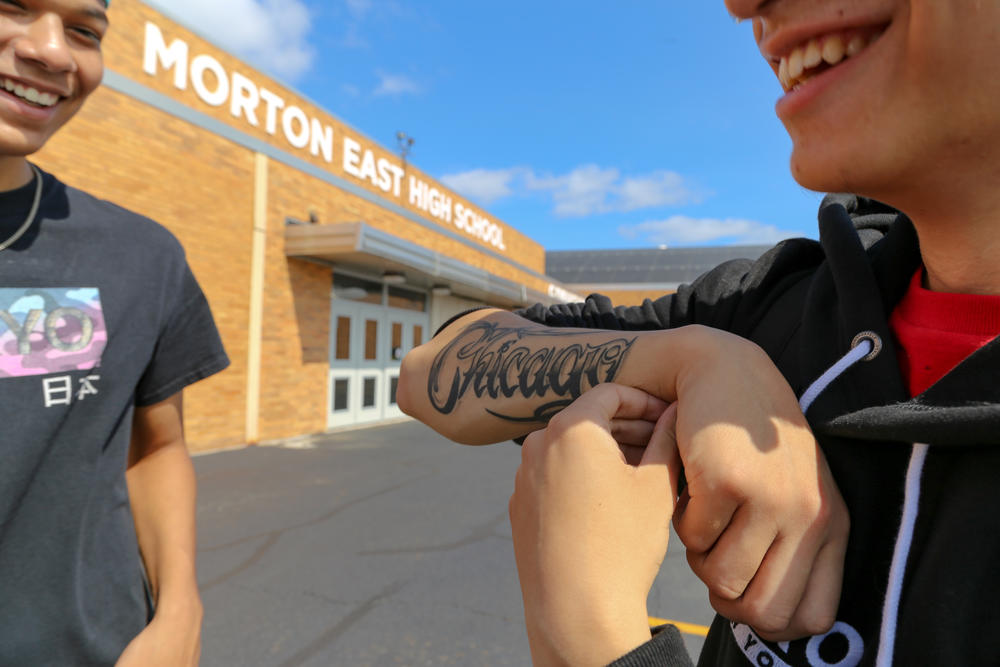 The answer is the same for both of them: rappers, WWE stars and pretty much everyone in their lives.

Eric and Julian are cousins, but more like brothers. When they're together they can't help but tease each other, act tough and then break — always cracking each other up. They grew up together; sometimes in the same house, sometimes a short drive away from each other. This year, Julian is a senior and Eric is a junior.

Julian has one tattoo and another one scheduled and Eric is prepping for his first one.

The students give a balanced argument in their podcast about the pros and cons of tattoos — stigmas, regrets, and cost are all discussed — but it's clear that Julian and Eric really do love tattoos.

One big reason? Julian is an artist, and he wants to draw all of his own tattoos and maybe even give them to other people one day. Julian said he can't remember when he started drawing because it was so long ago.

"Not to sound corny, but it was like day one," he tells me.

While we talked, Eric kept pulling his phone out and showing pictures of the original designs Julian had drawn on him, some dating all the way back to middle school.

"So that's Bart Simpson, and then on my eyebrow, it says Chicago," Eric explains. "Then I got a cross, and then after that, the heartbeat thing. And on my, like, chest, I had a girlfriend that I was dating back then." He laughs: "We're not with her anymore." 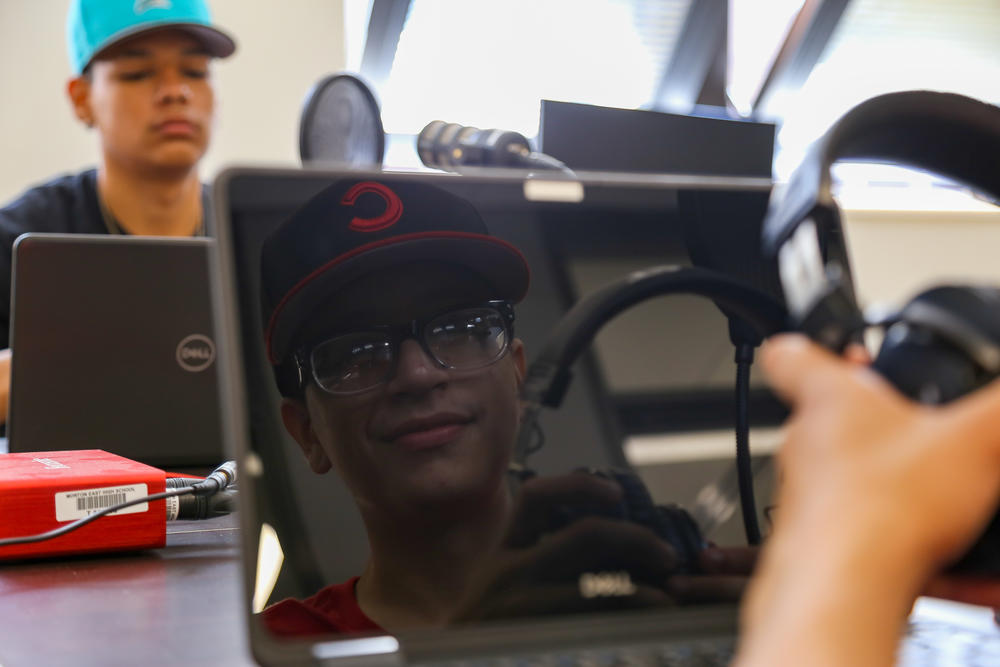 Students, cousins and podcast finalists Julian Fausto (right) and Eric Guadarrama in the Morton East Library where they recorded their podcast.

They told me they've liked tattoos from such a young age because everyone they loved had them. It was a very normal, comforting thing. "Everyone I look up to has tattoos and my mom has tattoos everyone in my family has tattoos," says Julian.

Eric and Julian say their moms got their first tattoos together when they were 13 in a friend's basement. But when Julian's 16th birthday rolled around, he wanted a professional one. He drew it himself, researched an artist online, and drove to Indiana with his mom. (In Illinois, even with parental consent, you have to be 18 to get a tattoo.) And now he's ready for more.

"My goal by the end of college is I want [from] my neck down," he says.

Eric and Julian hope their podcast and their story will encourage people to not judge a book by it's cover. Or a person by their tattoos.

"Like, you see a 17-year-old kid with 'Chicago', it doesn't mean that he's in a gang, you know? Like, let's normalize having tattoos," says Eric. "If you see somebody with a tattoo, you know, just pretend like it's not even there. Don't think too much about it." 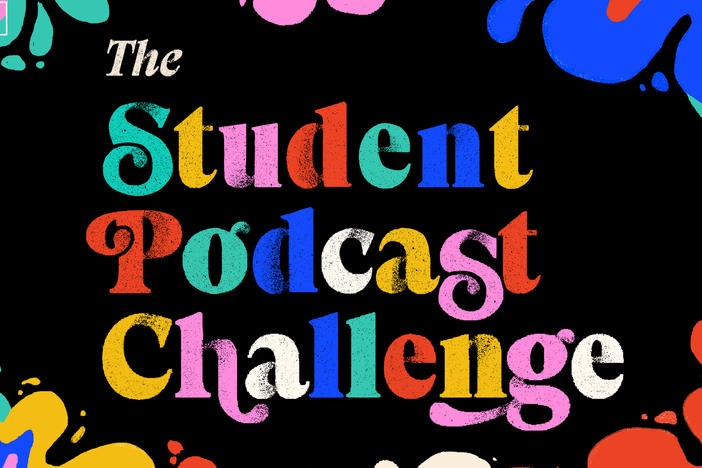 The superstar teachers of our Student Podcast Challenge

To celebrate four years of NPR's Student Podcast Challenge, we highlight teachers whose students have shined. 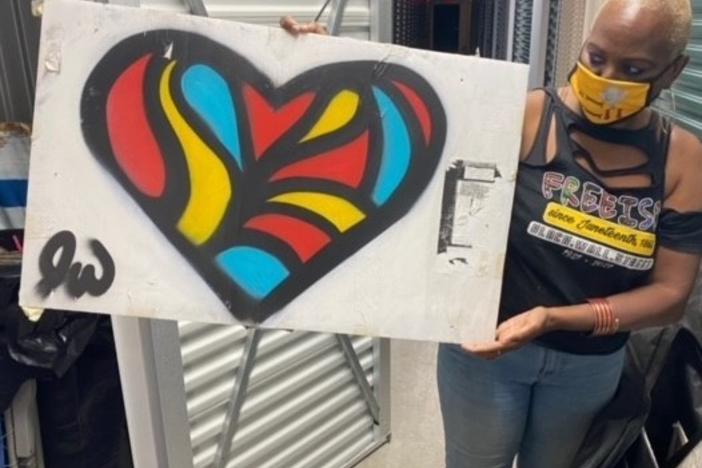 Nadine Seiler, one of those who watched over a fence at what became Black Lives Matter Plaza, is working to find homes for more than 700 artifacts that once covered the structure near the White House. 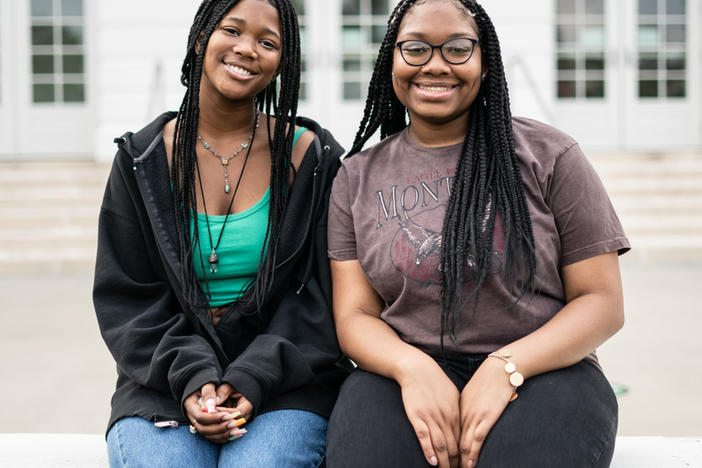 These Students Grew Up Around Gun Violence. They Decided It Was Time To Talk About It.

D.C. has long struggled with one of the highest rates of gun violence in the country. Three local students talked to their community about losing their loved ones and living with the grief.