In his first documentary, filmmaker Todd Haynes uses the language of experimental cinema to spotlight the Velvet Underground, a legendary band that flowered within New York's avant-garde art world.

The filmmaker Todd Haynes has spent a lot of time exploring the music of the 1960s and '70s. He created a biopic about Karen Carpenter and another on Bob Dylan. Now he's made a documentary called "The Velvet Underground," which arrives tomorrow in theaters and on Apple TV+. Here's Allyson McCabe.

(SOUNDBITE OF DOCUMENTARY, "THE VELVET UNDERGROUND")

JOHN CALE: We met at a party at Pickwick, given by the A&R department, such as it was. These two gentlemen came up that said, you look very commercial. You've got long hair. I think we could use you.

MCCABE: The idea was to create a backing band for Reed's catchy new dance number.

(SOUNDBITE OF DOCUMENTARY, "THE VELVET UNDERGROUND")

LOU REED: OK. I want everybody to settle down now. We got something new we're going to show you now. It's going to knock you dead when we come up side your head. You get ready. You say here we go. Yeah. All right. Come on.

MCCABE: Cale noticed that Reed had all of his guitar strings tuned to sound like a drone. Then Reed showed him some of his other material, songs too transgressive for Pickwick.

(SOUNDBITE OF SONG, "VENUS IN FURS")

MCCABE: As the lineup came together with Sterling Morrison on guitar and Maureen "Moe" Tucker on drums. They called their new band the Velvet Underground, lifting the name from a paperback about sexual subcultures. At the same time, Andy Warhol was moving into film, where he was pushing the boundaries of form and content.

AMY TAUBIN: Although he was a visual artist, he was fascinated with movies. And he understood that movies were closer to other time-based mediums, like music.

MCCABE: That's film critic Amy Taubin. As a young actress, she sat for a screen test at Warhol's Factory. He performed hundreds of these. There was a 16mm camera on a tripod and a stool to sit on.

TAUBIN: And Warhol looked at your face, and he adjusted the one light and the angle of the camera. And he said, look into the camera. Try not to move. Try not to blink. And he went away.

MCCABE: Inside the camera was a single spool of film, which took about three minutes to run. When Warhol showed you the results, he would slow the film down to silence speed, 16 frames per second, a third slower than life.

TAUBIN: The experiment in duration that Warhol was part of and that the Velvet Underground was a huge part of before they got involved with Warhol even, was something that cut across various mediums.

MCCABE: After being introduced by filmmaker Barbara Rubin, Warhol started managing the Velvet Underground in 1966. He offered a few suggestions, such as adding a German model to the mix. She called herself Nico, and her voice was as striking as her appearance.

(SOUNDBITE OF SONG, "ALL TOMORROW'S PARTIES")

THE VELVET UNDERGROUND: (Singing) And what costume shall the poor girl wear to all tomorrow's parties?

MCCABE: The Velvet Underground became the Factory's house band. Warhol leveraged his fame to take them on the road with the "Exploding Plastic Inevitable," a multimedia show featuring music and dancing, strobe lights and films.

TAUBIN: You had this environment in which the audience was in the middle of something that was happening on all sides.

CALE: Jackie Kennedy would be in the audience.

MCCABE: But Warhol's ambitions proved too edgy for the mainstream. Several labels declined to sign the Velvets. MGM/Verve said yes but dragged its feet on releasing the band's 1967 self-titled debut, then did little to promote it. Nico left. Reed fired Warhol, then Cale, then steered the songs in a more radio-friendly direction.

(SOUNDBITE OF SONG, "ROCK AND ROLL")

THE VELVET UNDERGROUND: (Singing) She started shaking to that fine, fine music. You know, her life was saved by rock and roll.

MCCABE: The band's run lasted only a few short years, but Todd Haynes says the Velvet Underground paved the way for glam rock and punk, as well as queer and independent filmmaking.

TODD HAYNES: To be able to talk about a kind of instability of how you feel in relation to the world, this kind of stuff wasn't being talked about, let alone, you know, sadomasochistic, homoerotic scenarios.

MCCABE: In his new documentary, Haynes uses the language of '60s experimental cinema to tell the band's story, splitting the screen into multiple panels. One panel may loop Warhol's screen tests...

HAYNES: You literally get to live through the entirety of one of these screen tests and watch Lou Reed or John Cale or Maureen Tucker or Sterling Morrison existing on film in front of you.

MCCABE: ...As the other panels flash musical performances, archival footage and films made by catalysts in their circle.

(SOUNDBITE OF SONG, "I'LL BE YOUR MIRROR")

THE VELVET UNDERGROUND: (Singing) I'll be your mirror, reflect what you are in case you don't know.

MCCABE: Art, music, film - everything comes at you all at once, a creative explosion. Haynes isn't just chronicling the past. He's showing you how the future happened.

(SOUNDBITE OF THE VELVET UNDERGROUND SONG, "I'LL BE YOUR MIRROR") Transcript provided by NPR, Copyright NPR. 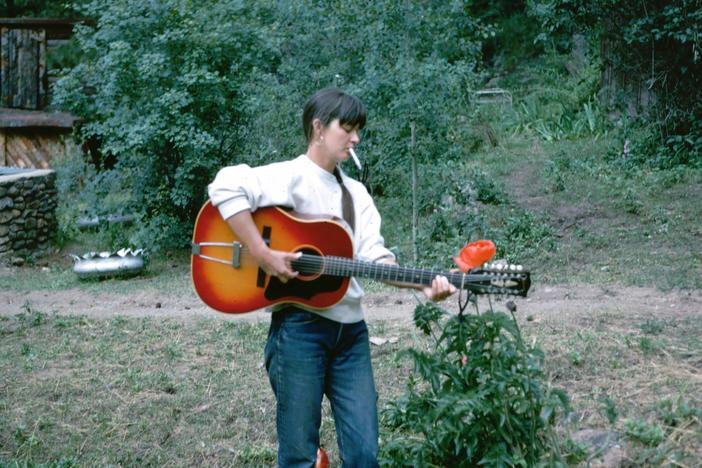 Karen Dalton, an enigmatic artist beloved by colleagues Bob Dylan and Phil Ochs, and idolized by followers like Nick Cave and Courtney Barnett, is the subject of a new film. 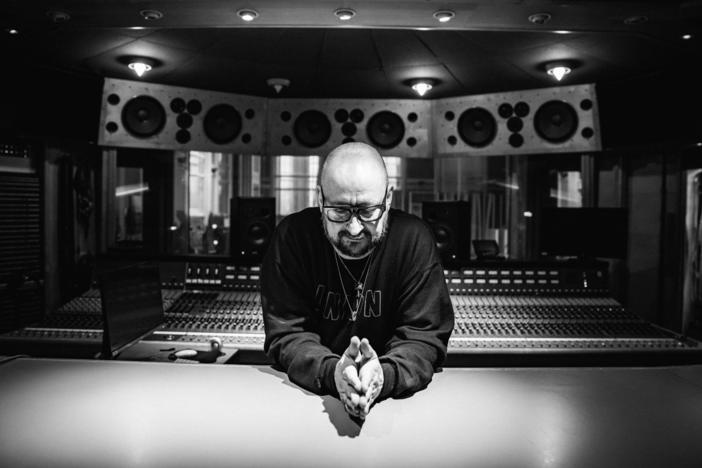 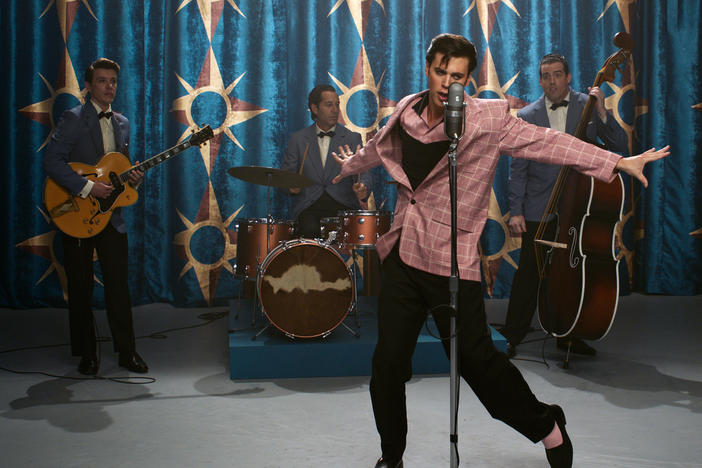 In 'Elvis,' an icon remains an icon, and little else