Rural prosperity in the 21st century. Why we should be optimistic about the future of rural Georgia 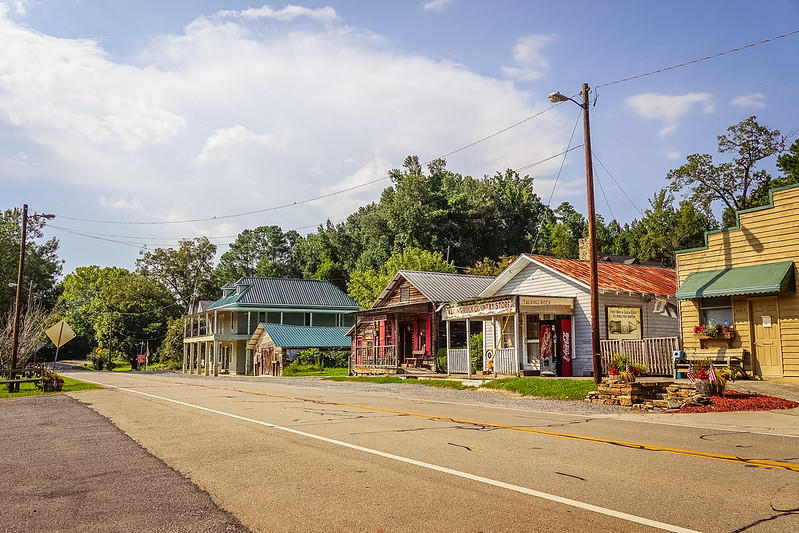 "This is the entire town of Talking Rock, Georgia," according to photographer Lee Coursey. Affordable housing is in short supply in rural Georgia just as it is in urban areas.

Chris Clark, the president and CEO of the Georgia Chamber of Commerce, recently joined All Things Considered host Rickey Bevington to discuss rural Georgia’s challenges and opportunities in the 21st Century.

Rickey Bevington: Why don't you start by painting a broad picture of Georgia's rural economy.

Chris Clark: As we sit here today, I'll tell you, things in rural Georgia are better than they've been in the last couple of decades. But we still have challenges. When we look nationwide at the last census, we see that while the U.S. population grew by 8%, our rural population declined by 0.5%. When you look at the demographics, rural Georgia's getting older. Within just the next four years, almost a quarter of everyone that lives in rural Georgia will be a senior citizen. Almost 30% of our kids in rural communities live in poverty. You know, 121 of our rural hospitals have closed, and only half of our rural residents today have access to broadband. So there are challenges out there because we love our communities and we love these, you know, our neighbors. We want to spend time to figure out how we come up with really good solutions. And that's what the American Rural Prosperity is all about.

Rickey Bevington: And we're going to get into outcomes of the summit in just a minute. But it's extraordinary to hear you say rural Georgia has never been better than in the last couple of decades and then give such stark numbers.

Chris Clark: I don't know that I'd say that it's never been better off. I think it's better than it's been in the last couple of decades. I think what you started seeing in the 1980s with this definite shift to urbanization, you know, what we know now is by 2030, two-thirds of the world's population is going to live in an urban environment. And so we went through the 1990s and the 2000s of a really significant brain drain of young men and women moving away and not coming back home. And then you had the recession of 2008 and 2009. And while it took Atlanta probably five years to really recover from that recession, it took probably another three years to recover [in rural Georgia].

But when I look at the bright side of things and I'm an optimist at heart, you look at the economic development announcements that Gov. Kemp's made just from the Department of Economic Development in the last year, 77% of those announcements were in rural communities. And so when I go to Valdosta or Thomasville, Albany, Moultrie, Fitzgerald, you see a renewed economic spirit that we haven't had and we didn't have a decade ago. And so yes, there are challenges that we have. But I think there's room to be and we should be optimistic.

Rickey Bevington: I'm looking at the agenda of the summit, Chris, and there's some standard expected breakouts. "The Art of Telling Your Story." "Cultivating A Startup Community." These seem standard for a business-oriented summit. And then we have a breakout on "Housing Strategies." What is the state of housing in rural Georgia?

Chris Clark: It's much like the state of housing in the suburbs and in Atlanta. What stock is available? Is it very expensive? [It's] often out of reach for I call it worker entry housing. These are your teachers and people that work in the manufacturing plants that we're recruiting to these communities. And that product's not there.

A lot of that is because of zoning issues made in the 1950s. Some of it's because they don't have smaller lot lines. They don't have the density. So we spent three days talking about what those strategies are. How you can incentivize builders to build affordable worker housing? At the end of the day, we had a great speaker, and he said, "Listen, I would love to come into any rural community and build a product for you. But there's one caveat." And so everyone's on the edge of their seat. What's the caveat? He goes, "The property where we're building has got to be walkable."

You've got to have a live, work, play, pray destination. That's what people want. That's what young workers want. And that's what all of our rural downtowns have. We just have to think differently about where we put housing and what that looks like. And so yes, we're going to need to deal with this issue I think for the next probably decade.

Rickey Bevington: I think that when you say the words "affordable housing," you instantly think of American cities.

Chris Clark: Absolutely, but we still need people that live in small communities that need affordable housing, that need mid-level or entry level housing. I was in North Georgia recently and this woman stood up and she goes, "You know, I'm 24 years old. I have my first job. I love my community. I want to be here, but I can't afford a 3,000-square foot house on an acre of land on the golf course. Nor is that where I want to live." But there's nothing else here she wanted. She doesn't want a tiny home but wanted something just in between like, I think, all of us had when we first started out. It's just so hard to find these days.

Rickey Bevington: What is the purpose of having a summit like this? What will the outcomes be? What solutions will you be looking for coming out of it?

Chris Clark: This is our fifth year. The first year we thought, "Gosh, if we can just get four or five dozen people in the room together and get some ideas and share those with the General Assembly, gosh, we will be successful." Instead, we had over 200 people show up. Robust discussions. And that led us to create every year the Rural Renaissance report, which is a series of policy recommendations that come from people that are living, working and playing in these rural communities. And they're everything from more investment in K through 12 rural education to broadband investment to health care. And I'm so thankful.

What we've seen is between Gov. Kemp, Lt. Gov. Duncan and Speaker Ralston, the Georgia General Assembly, bipartisan Democrats, Republicans working together ... we've passed probably 50 pieces of legislation and specific rule funding initiatives in the last four years. And so the outcome of this is for people to network, talk with each other, build relationships, learn best practices, but also to give us insight and feedback from people that are on the ground of what we can do at the state Capitol, or what county commissions and mayors could do to help their communities.

Rickey Bevington: Given that so many Georgians are clustered around metro Atlanta and other smaller cities around the state, why should every Georgian want to feel invested in the rural prosperity of our state? What do you say to people?

Chris Clark: I feel like I spent half of my time talking to people in rural communities about why they should care about what happens in downtown Atlanta. ...

Rickey Bevington: I love it.

We are a whole ecosystem. You used to talk about Atlanta being the engine of Georgia's economy and absolutely Atlanta's the engine. But I've never seen an engine cross the finish line, right? I've seen a whole car. And so you need the trunk, the back seat, you need the whole chassis there. And that's what we were talking about, why you should care. That's why.

The one other thing I want to mention, a really powerful session that we had was on inclusivity and diversity. And what we're seeing through the last census is that rural Georgia, just like rural America, is really becoming more diverse. One in five rural Georgians will be a minority in the within the next five years. And so being able to have really tough conversations to be able to plan for diversity and inclusion, to think about equality and equity, about economic mobility. These are conversations that we're starting to see organically happen in some rural communities and they purposely happen in others.

And so we just spent some time letting people know it's OK to have tough conversations because at the end of the day, we're going to have to if we're going to move forward as a more diverse state. And part of that is that businesses are making decisions now on where to locate based upon talent and workforce. And they want diverse workforces. They want diverse communities. And so I think there are great opportunities there, and that's why we we spent time on that particularly important subject. 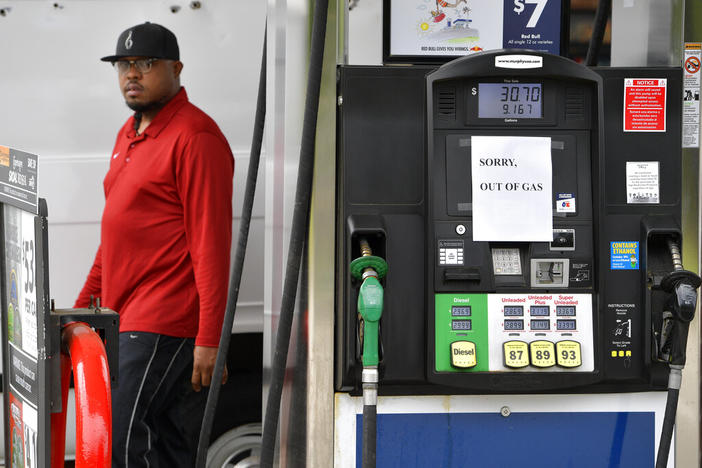 Tina Nixon works in the film industry and commutes to downtown Atlanta from the northern suburb of Marietta. Finding gas, she said, has been a struggle. She's not alone: About half the state's gas stations are on empty. 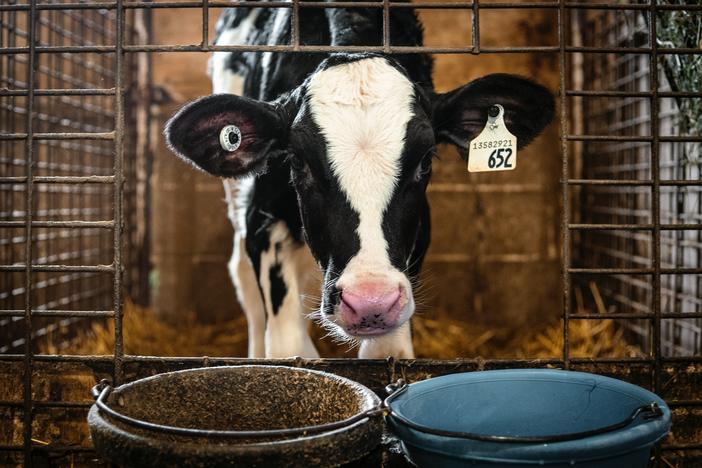