Will America ever give up the gas stove? About a third of U.S. households still cook with natural gas. Environmental groups want to regulate the pollutants as gas utilities fight to preserve their business. NPR's Jeff Brady has more.

UNIDENTIFIED PERSON #1: Ninety-nine percent of the restaurants at the New York World's Fair use gas for cooking.

UNIDENTIFIED PERSON #2: Natural gas, it's so great because I can control the temperature really easily.

BRADY: These ads don't tell you that gas stoves emit potentially harmful pollutants into your home. Think about an electric stove. And if the electricity is produced with fossil fuels, the pollution happens at a power plant. But environmental epidemiologist Josiah Kephart says that's different when you're cooking with gas.

JOSIAH KEPHART: That combustion is actually occurring right in your kitchen. You can see the blue flame down there where this combustion is happening.

BRADY: Kephart is a research fellow at Drexel University and usually studies cooking pollution in Latin America. But we're going to test what's happening in his own Philadelphia rowhouse kitchen.

KEPHART: I'm grabbing a large pot here. I'm just going to fill it up with some water as if I was getting ready to cook some pasta.

BRADY: To mimic a typical dinner, he also turns the oven to 375 degrees.

KEPHART: ...And putting the lid on the pot.

BRADY: NPR rented an air monitor to measure the combustion pollutant that's the biggest concern now with gas stoves, nitrogen dioxide - or NO2. It's a toxic gas the EPA says can prompt breathing problems for people with asthma and other health issues. Kephart has kids. And research shows children living in a home with a gas stove have a 20% increased risk of developing respiratory illness. After just 12 minutes, NO2 levels in his kitchen reach 60% higher than guidelines from the World Health Organization - or WHO.

KEPHART: If you had kids or if you had any sort of lung condition, this is at a level where in the literature, in the science, we have seen people start to have these changes in their lungs that could give them worse symptoms or could worsen their disease.

BRADY: The longer the stove is on, the more pollution it emits. Kephart says if you're an adult with a healthy body and a large hood over the stove that vents outdoors, these levels probably are not a significant health concern. But with children in the house, he has a plan for his gas stove.

KEPHART: It's our highest family priority to get it out and to get an electric stove.

BRADY: Environmental groups have stepped up criticism of this indoor pollution issue. Four of them, including the Sierra Club and RMI - formerly Rocky Mountain Institute - call gas stoves a threat to human health. And they want policymakers to regulate gas stove emissions more strictly. The EPA and Consumer Product Safety Commission have given some attention to this, but not enough, says Brady Seals of RMI.

BRADY SEALS: Someone's going to have to claim this issue and really make a change because I think as more consumers learn about it, you know, you feel upset.

BRADY: Gas utilities and their trade group, the American Gas Association - or AGA - have actually studied the indoor air pollution problem for decades and even developed ways of reducing emissions. One big step was getting rid of pilot lights that burned 24 hours a day on older stoves. But when environmental groups bring up this issue now, gas utilities get defensive. Here's AGA Vice President Sue Forrester at an industry conference a year ago.

SUE FORRESTER: We now see the environmental sites talking about indoor air quality, telling you that your stove is dangerous because it emits things and it's causing asthma in kids.

BRADY: Forrester essentially told colleagues that these efforts, along with the Biden administration's climate plans, present an existential threat to the gas utility business. AGA says it's researching gas versus electric stove emissions but hasn't made the results public yet. AGA repeatedly mentions that no federal agency has seen fit to more strictly regulate emissions from gas stoves. One state is about to do that, though. California has new rules requiring more powerful hoods over gas stoves than electric ones. Environmental groups support this, something Ted Williams of the American Gas Association noted during a public hearing for the rules last year.

TED WILLIAMS: Organizations who are, first and foremost, interested in recommendation for climate concerns, but who have gone onto air quality...

SEALS: Methane, which is what natural gas is made of, it just really wants to leak.

BRADY: And it's a powerful climate pollutant. Gas stoves are connected to a vast system of pipelines, compressor stations, fracking operations and wells that leak methane from beginning to end. Utilities have reduced those emissions 70% since 1990, says the AGA. But now the Biden administration's climate plans call for switching to all-electric buildings. To accomplish that, environmentalists like Seals are talking about stoves even though other appliances use more gas.

SEALS: It's just really not that sexy to talk about your water heater. But you probably can talk to your friends about their stove.

BRADY: Builders and real estate agents will tell you gas stoves are the one gas appliance a lot of customers care about. If gas lines are brought to the house for the stove, it's more likely it'll also get burned in the furnace, water heater and dryer because it's cheaper than electricity. The campaign to ditch gas hasn't caught on yet. The number of gas utility customers is rising, not going down. But there are a few people out there. Jane Stackhouse in Portland, Ore., says she gets verklempt thinking about climate change and her grandchildren's future.

JANE STACKHOUSE: I want them to get to enjoy the kind of life that I've been able to enjoy.

BRADY: Last year, after Republican lawmakers in Oregon blocked a big climate bill, she spent more than $35,000 converting both sides of a duplex she owns from gas to electric. Then she asked the gas company to disconnect her.

STACKHOUSE: I went out and took pictures of the gas company crew that was cutting up the street. And they were all smiling and laughing. So I guess they were happy to lose a customer, too (laughter).

BRADY: Not everyone can afford to do this. The Biden administration wants to offer incentives to encourage more people to make the switch from gas to electric. 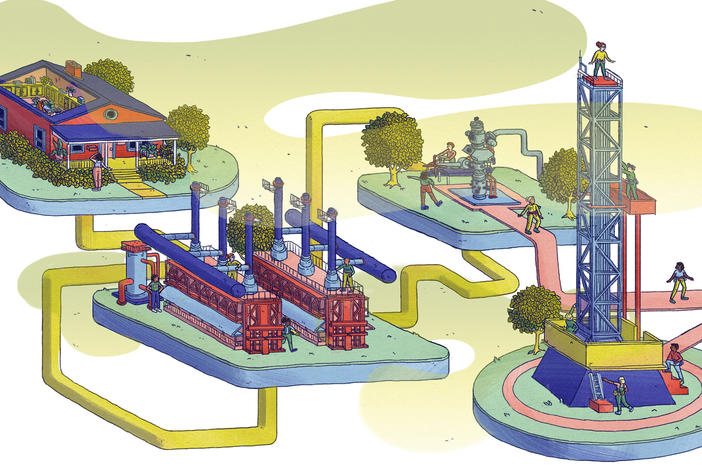 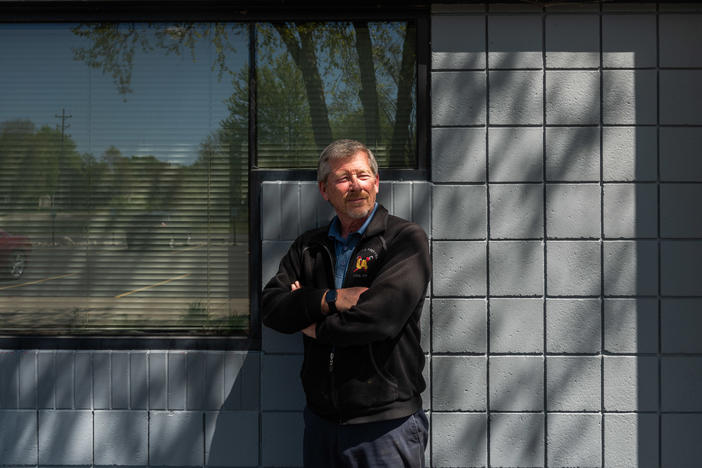 President Biden Wants To Replace All Lead Pipes. Flint Has Lessons To Share

Flint has been synonymous with lead in drinking water. The city's experience replacing lead pipes shows the promise and challenges of the Biden proposal to get rid of all the country's lead pipes. 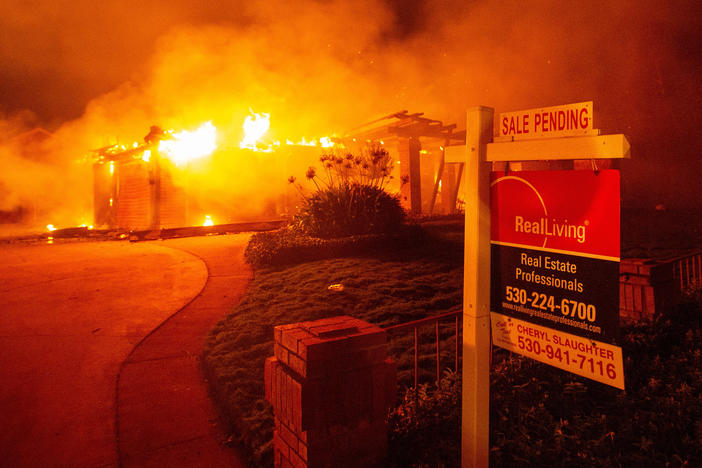 Is your house at risk of a wildfire? This online tool could tell you

Many people move without realizing the danger that wildfires pose to their new home. A new risk rating system could help buyers learn more on real estate sites.