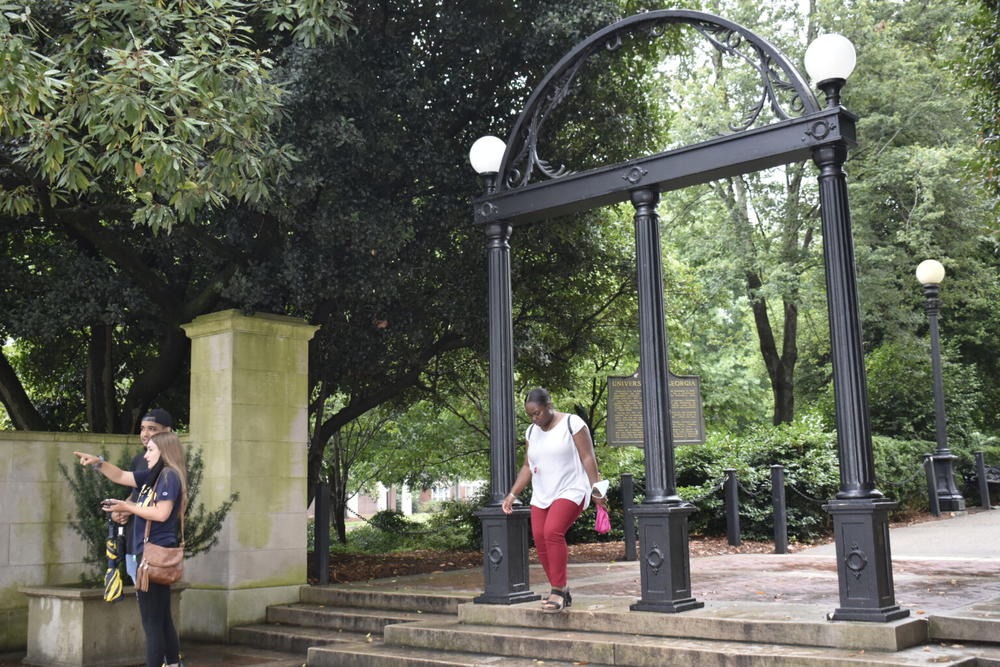 The battle over masks in Georgia’s college classrooms continues to simmer, and now another issue is pitting some of the state’s professors against the state’s appointed university system leadership.

Next Tuesday and Wednesday, the Georgia Board of Regents is set to consider changes to professor tenure at the 26 public institutions the state manages. Supporters say the changes streamline the post-tenure review process for Georgia professors and codify when professors who do not meet expectations can face punishments. But critics like American Association of University Professors Georgia chapter president Matthew Boedy say the changes will gut academic freedom protections.

“What this is, to me and the AAUP, is the death of tenure,” he said. “We’ll have tenure in name only.”

Georgia’s 26 public universities employ about 7,500 tenured professors. Tenure is a status granted by universities to professors which grants them protection from dismissal except for cause or extreme circumstances. It is intended to promote academic freedom by allowing professors to pursue research that could stir controversy.

A petition asking the regents to reconsider has gained more than 800 signatures from Georgia professors and students as of Tuesday morning.

Other groups, including the American Sociological Association, have spoken out against the proposal.

“The current policy proposals will not only make those who engage in groundbreaking research and teaching fear arbitrary termination, but it will also make it more difficult for Georgia to attract and retain talented faculty,” the sociologist organization said in a statement Monday.

“Students, faculty, institutions, and our broader society all stand to lose from degrading the principles underlying our long-standing system for preserving academic freedom and tenure. We urge the Georgia Board of Regents to retract the proposed changes to post-tenure review and tenure protections more generally.”

University system leaders have argued that the code outlining tenure in the state was outdated, having been introduced in 1996. Last September, then-Chancellor Steve Wrigley, who is now retired, announced the formation of a working group to review and update the rules.

“The goal of the changes they recommended were to support career development for all faculty as well as ensure accountability and continued strong performance from faculty members after they have achieved tenure,” said USG spokesman Lance Wallace.

“The Board of Regents will be enacting system level guidelines and standards for all faculty reviews, together with an ongoing process of training and institutional review that will ensure that institutional assessment practices remain appropriately rigorous and aligned with system standards,” he added. “These system level standards introduce a new element – student success – that will join teaching, research and service at all levels of faculty assessment.

Speaking at the board’s meeting last month, the university system’s Executive Vice Chancellor for Academic Affairs and Chief Academic Officer, Tristan Denley, said the changes took into account feedback from the working group, which included faculty leaders and staff from across the system, and will clarify and standardize a process for disciplining professors who do not meet expectations.

“Clearly these are weighty matters, but they are treated in a weighty way, and the post-tenure review policy as it is now is much more detailed in how it will play itself out.”

Under current board policy, universities are responsible for tenure decisions, including policies to address what should happen to tenured professors whose performances are reviewed and are deemed unsatisfactory. In practice, that means faculty-led hearings with evidence and witnesses, Boedy said.

If the proposed changes are approved, the regents could take over the responsibility to award tenure from institutions “if an institution is adjudged to be insufficiently rigorous in its enactment of faculty review processes.”

If they do not make enough progress toward that plan, the university president will determine remedial action, which could include suspension of pay, salary reduction, loss of tenure or firing.

Professors would also be subject to annual reviews, and if they score low in any area, they will receive a remediation plan. If they do not complete the plan, they would trigger an automatic post-tenure review.

Boedy said the changes will eliminate due process and the role of other professors. Professors often argue that tenure is important because it allows them to pursue knowledge without interference from politicians or powerful corporations, but it can also protect them when research does not pan out for reasons outside of their control, Boedy said, for example, if a grant falls through or an experiment is delayed.

“The thing about the peer review, the faculty-led review is yes, they would know what you’ve been doing, but they also would understand how long research takes and sometimes it fails and other things that happen that would make it clear that you’re progressing, but you’re just not producing the things that other people may want,” he said.

In an Oct. 1 letter to Boedy, acting Chancellor Teresa MacCartney agreed to modify some of the language that professors took the most offense to, which would have allowed them to be dismissed without cause. She also pushed back against the suggestion that the proposed changes would diminish due process or peer review for professors accused of not meeting expectations.

“Since its inception, Post-Tenure Review in USG has had the ultimate possibility of tenure revocation or separation for faculty whose performance is consistently poor,” MacCartney wrote. “The new policy language clearly articulates the process that could ultimately lead to that outcome, should a faculty member’s work performance be judged as consistently poor by their colleagues. Far from summary dismissal, the year-long process is distinct from that used for dismissal due to malfeasance, but provides no less due process or faculty involvement.”

The latest clash comes after months of back and forth between Georgia’s college faculty and the university system over mask requirements inside classrooms.

“It is not directly related to COVID, but the AAUP national put out a report several months ago, basically saying COVID was an opportunity for universities to bring the hammer down on shared governance on tenure, on different things, both from a financial perspective, but also from a policy perspective,” Boedy said. “And so yes, I think this is a prime opportunity to introduce this. Obviously, 18 months into a pandemic, and no masks and social distancing, the faculty here are burned out and often, like, ‘what more could they do to us?’”

The University System of Georgia encourages students to wear masks, but does not allow professors to require them, leading some professors to accuse the appointed regents of political interference. 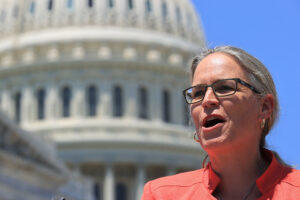 “In Georgia, Governor Brian Kemp signed an executive order prohibiting state agencies, including the University System of Georgia, from requiring vaccines and has repeatedly voiced his opposition to universal mask wearing,” Bourdeaux wrote in an Oct. 4 letter to Cardona. “While the University System is encouraging students, staff, and faculty to get vaccinated and wear masks, they are unable to require employee and student vaccinations and they are unwilling to require mask-wearing, which means that compliance with these critical public health guidelines is very low. As a result, employees at our Universities are essentially compelled to work in unsafe environments or quit their jobs.”

Several professors have publicly retired or quit over mask rules. On Monday, Georgia State University Professor Dan Immergluck told the Atlanta Journal-Constitution he filed a complaint with the U.S. Equal Employment Opportunity Commission after the university would not allow the housing policy expert to teach online even though he has a health condition that makes him vulnerable to COVID-19.

A group of 50 University of Georgia professors, mostly in the life sciences, told administrators in a letter they plan to mandate masks in their classrooms despite the rule.

The university published a statement telling students they do not have to obey those professors.

Mathematics professor Joe Fu was one of the first members of the UGA faculty to require masks in his classroom.

Administrators warned him to follow the rules, but he said he has not changed the mask requirement in his classroom and has not faced any consequences, and as far as he knows, neither have any of the other professors. Fu said professors who plan to move their in-person classes online because of COVID-19 may come under a harsher spotlight. He had plans to go online if local hospitalizations got too high, but thankfully, they are now dropping, he said.

“That’s been the way it is around where I know about,” he said. “The smart play for (the administration) will be trying to ignore it as much as possible. Again, I think the consensus seems to be that mask mandates, they will let slide. Of course, the real question is how do you enforce a mask mandate, so that’s what the life sciences faculty will have to come to grips with soon.” 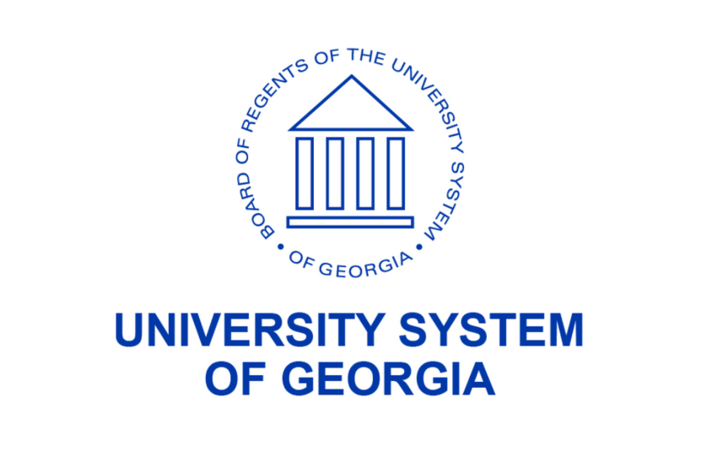