China is in the middle of an energy shortage. Almost a dozen provinces in that country are rationing power now. Factories have closed. And there are worldwide manufacturing delays.

EMILY FENG, BYLINE: Here's a riddle for you. China has more than enough power to meet electricity demand. So why are local governments rationing power? It begins with COVID.

LAURI MYLLYVIRTA: Coal consumption shot up like crazy in the first half of the year.

FENG: Lauri Myllyvirta is lead analyst at the Center for Research on Energy and Clean Air. He explains power use is up as China's export machine roars back to life and a heat wave grips Southern China and because...

MYLLYVIRTA: Because of a very energy-intensive, heavy industry-driven recovery from the COVID-19 lockdowns.

FENG: And now coal prices are up. That's a problem because what power plants can charge for electricity is capped.

MYLLYVIRTA: So when coal prices are very high, what happens is that it's not profitable for a lot of coal plants to generate electricity.

FENG: The result - coal-fired power plants are choosing to simply shut down.

MYLLYVIRTA: And so now we have a situation where in some provinces up to 50% of coal-fired power plants are pretending to be out of order or have run so low on coal that they can't generate, and so on. And this is what's leading to the power cuts.

FENG: In China's north, sudden power outages have led to flickering traffic lights and immense car jams. To the south, factories have been cut off from electricity for more than a week. The lucky ones are rationed three to seven days of power at a time. Energy-intensive sectors, like textiles and plastics, face the strictest power rationing.

FENG: This is Ge Caofei, a manager at a textile dyeing factory in southern Zhejiang province. He says the local government has cut off his power three out of every 10 days. He looked into a diesel generator, but his factory is just too big to be powered by one. The power rationing is likely to create long delays in global supply chains that are reliant on Chinese factories.

FENG: Viola Zhou is a sales director at Zhejiang cotton textile printing firm Baili Heng. She says her company used to fill orders in 15 days. Now the wait time is about 30 to 40 days.

China is reforming its power system, so power plants can charge higher rates for electricity. That means your made-in-China Christmas gifts could cost more. And long term, the power rationing highlights how urgently renewable energy and natural gas projects are needed. But more immediately, winter is coming. About 80% of heating in China is coal fired. And coaxing power plants to operate in the red then could be a challenge. 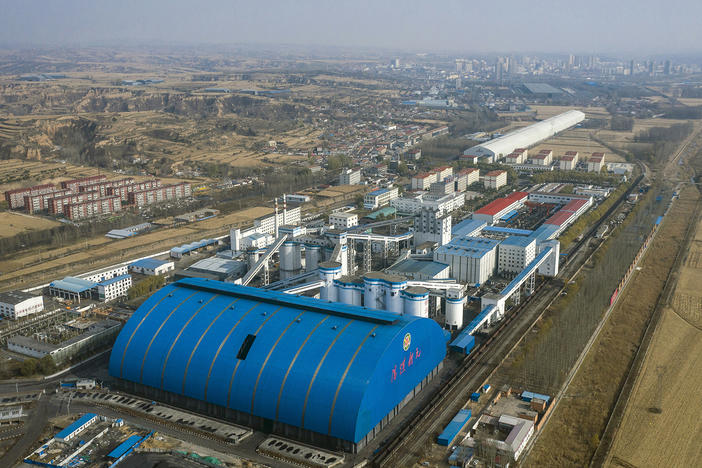 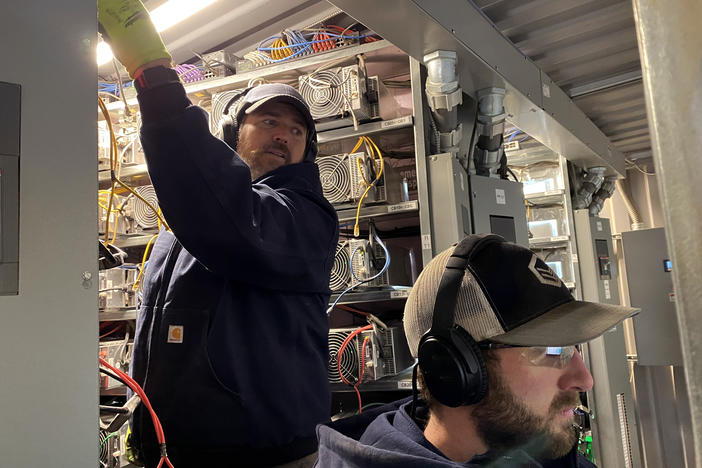 How the U.S. benefits when China turns its back on Bitcoin

Until the middle of last year, most cryptocurrency mining took place in China. Then authorities pulled the plug. So Chinese bitcoin miners began moving their gear to U.S. towns like Kearney, Nebraska.