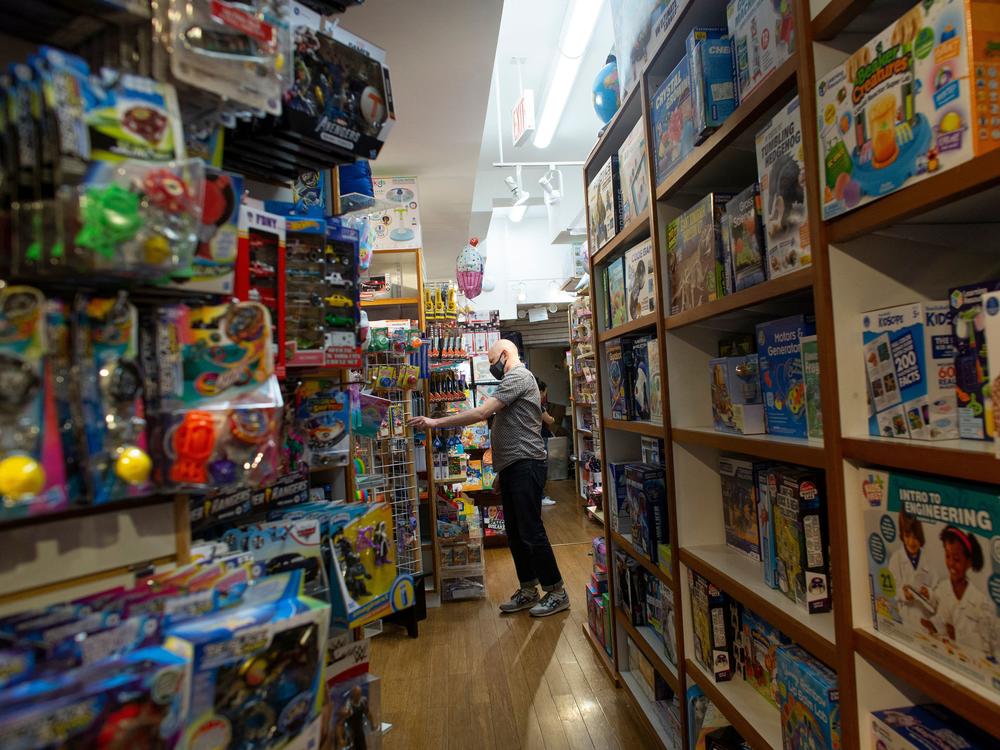 If Santa is reading this, his sleigh and reindeer are urgently needed for help.

Toy-makers are warning of emptier shelves and pricier toys this holiday season. Their supplies are ensnarled in an unprecedented shipping crisis — floating traffic jams of container ships wallowing near key U.S. ports.

When Curtis McGill helped launch a small Texas toy company, he did not picture himself in this boat: up all night bidding eye-popping sums of money for space on a trans-Pacific ship.

Most American toys come from China, and usually that trip lasts about a month. Now it's taking two, three, even four months. That means fewer trips, and with a time crunch for the holidays, containers for shipping have become both expensive and elusive.

McGill's company, Hey Buddy Hey Pal, has long blown past its shipping budget. Last year, McGill paid $4,000 for a single container to carry his toys from China. This year, he might bid $24,000 and still lose the deal. His company has doubled its credit line and even shrank its packaging to fit more boxes into one container.

"Please understand: I don't get riled easily, but this one — this one has tested even my old cowboy patience," McGill says. "It's a mounting situation."

A perfect storm barely describes recent turmoil in the supply chain. The U.S. trade war with China was quickly followed by the coronavirus pandemic, which prompted rolling closures of factories and ports worldwide. Then came bad weather and that giant vessel blocking the Suez Canal. Now, electricity issues are causing new shutdowns in China.

Through it all, Americans have shopped like crazy. Normally, now is the shipping crunch time for the key holiday season. But this year, ports never stopped being busy, almost like Christmas every day — but not in a good way.

"Universally, it's impacting us all," says Mary Higbe of Goliath Games, which makes games like Pop the Pig and Rummikub. "I don't want to say something like a rising tide lifts all boats, knowing that boats are kind of a sore subject at the moment, but we are all in it together."

Many Goliath products are parked on vessels queueing to offload in Seattle. Higbe imagines commandeering a helicopter to rifle through containers — and urges shoppers to start on their holiday lists exceptionally early.

"Even if [the toy you want] is in the store today, it may not be there next week," Higbe says. "You may be waiting for another shipment, and it's sitting on a boat in Puget Sound."

Toy prices have already started climbing, 15%, 20% or more. Toy giant Hasbro, which sells My Little Pony and UglyDolls, has raised prices and began its holiday stock-up weeks in advance. Rival Mattel, which sells Barbie and Linkimals, previously said it would make fewer toys. 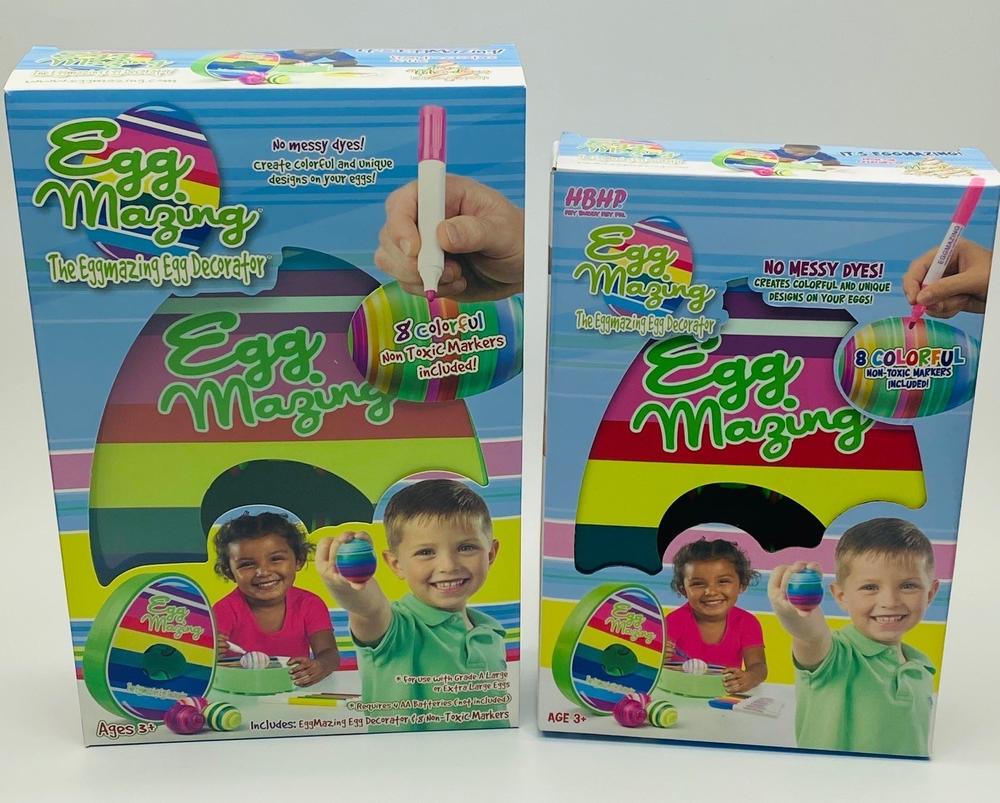 "Expect there to be a lot of empty shelves and minimal supply on e-commerce stores like Amazon for a lot of hot toy products," says Lev Nelson, CEO of Seattle-based Sky Castle Toys, which has also cut back on production and raised online prices.

Like Nelson, McGill in Texas also had to raise prices to offset higher costs. His company makes spinning toys that help children decorate Christmas ornaments or Easter eggs. Its top seller is the Easter egg toy, called Eggmazing. And so, a few weeks ago, McGill's team watched the port bottlenecks, calculated timelines and made a painful call — to give up on Christmas.

"We quit shipping Christmas items from China and moved to our Easter item in order to have it here in time," McGill says. "So we currently have a little under half of our Christmas product in storage in China that will not make it to the States to be sold this year."

For those keeping tabs, that's another few thousand dollars for storage of abandoned Christmas toys. McGill says his Easter shipments are already behind his "self-inflicted" schedule. 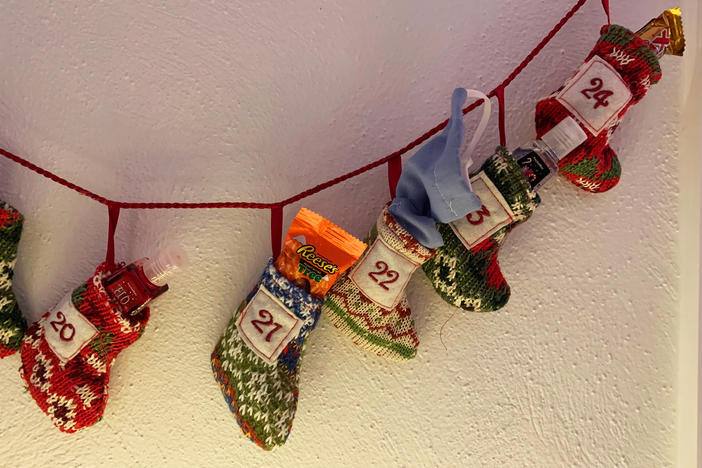 All year, cleaning products have been flying off the shelves — now, they're flying straight into Christmas stockings and wrapping paper. 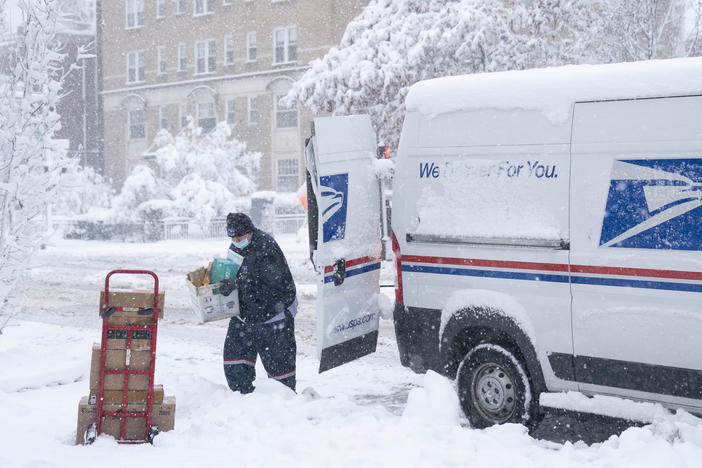 It's peak season for returns, which are setting a new record. Some end up back on shelves or get resold to other merchants, and some wind up in landfills or sail overseas. 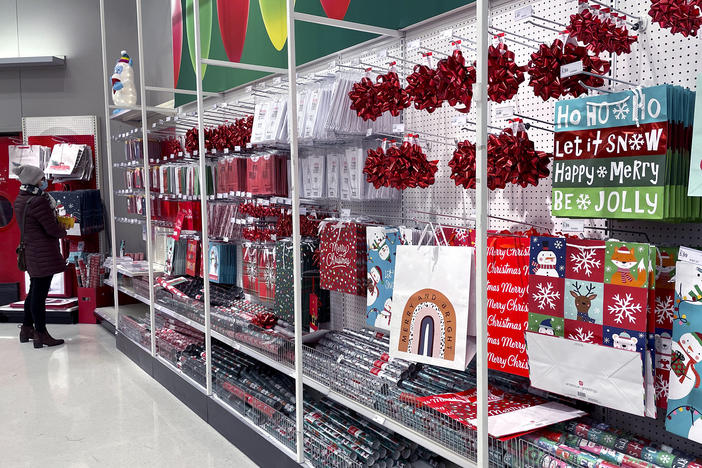 A complete guide to what is — and isn't — open this Christmas

Many major retailers and fast-food chains have announced they will be closed. A few, however, will stay open for customers.