Filmmakers Alex Rivera and Cristina Ibarra are both winners of MacArthur Genius grants this year. The married couple do separate but related work dealing with immigration and migrant labor.

One couple, two geniuses. Filmmakers Alex Rivera and Cristina Ibarra are two of this year's MacArthur Fellows, commonly known as the genius grant. They are the first married couple to each win the prestigious award at the same time. NPR's Mandalit del Barco reports.

MANDALIT DEL BARCO, BYLINE: Alex Rivera and Cristina Ibarra worked on their first production together, a documentary in 1999. They traveled to Mexico for a conference on indigenous communities and got in trouble when they tried to meet with a group of Zapatistas.

CRISTINA IBARRA: There was this government official from the conference who came up to us and was saying, you know, Article 13 of the Mexican Constitution says that foreigners can't meddle in national affairs. And so we were really nervous.

ALEX RIVERA: Threatened to expel us - and we almost got deported from Mexico. And that was kind of on our first date, really (laughter).

DEL BARCO: Deportations, immigration and the border remain themes of their work individually and together. They share a whimsical, avant-garde sensibility. Ibarra was born and raised in El Paso, Texas, across the border from Juarez, Mexico.

IBARRA: So I grew up with family on both sides, crossing the bridge, you know, every weekend to go see my abuelita in Juarez or mi tio, mi tia. But whenever I turned on the television, it was always white. And here I am, this brown girl. I just felt like I never saw myself represented.

DEL BARCO: Ibarra was the first in her family to go to college, where she learned about social justice movements. She began exploring her Mexican American identity by making films, like her humorous coming-of-age short, "Dirty Laundry: A Homemade Telenovela."

BIBBY OYUKIE ACOSTA: (As Sandra) My world, the border, starring me.

DEL BARCO: Ibarra went on to make a documentary called "Las Marthas." Broadcast on PBS, it featured debutantes in Laredo, Texas, who dress up in colonial-style ball gowns on George Washington's birthday.

UNIDENTIFIED PERSON #1: We didn't cross the border. The border crossed us. My family has been under Spanish, Mexican and American governments and hasn't moved an inch.

DEL BARCO: For Peruvian American Rivera, the border was more of a concept.

RIVERA: You know, I grew up in New York, going to Peruvian restaurants for Inca Kola and talking to my abuela in Lima and hearing stories about the Shining Path and about bombings in Lima. And, like, I'm in New York, like, watching "Gilligan's Island" on TV, and I have Peruvian family that are facing, like, a guerrilla war. And what - like, what is that, you know? And so the border theorizing of a kind of third space, you know, was a way to get a grip on my own experience.

DEL BARCO: As a teen, Rivera worked for folk musician Pete Seeger, who showed him how to mix art and political activism. In college, Rivera made his first film.

DEL BARCO: "Papapapa" was a humorous, experimental documentary about two Peruvian immigrants - the ancient Incan potato, the papa, and his immigrant father, his papa.

DEL BARCO: Rivera and Ibarra had a daughter and got married in 2018. They also teamed up to make a film about a group of young undocumented immigrants, DREAMers who went undercover in a Florida detention center.

(SOUNDBITE OF FILM, "THE INFILTRATORS")

UNIDENTIFIED ACTOR #2: (As character) Our mission? Stop the deportations. Our strategy? Organize, escalate, shut something down.

DEL BARCO: "The Infiltrators" was a hybrid film based on real events, part documentary, part scripted reenactment. It premiered at the Sundance Film Festival in 2019.

MARLIES CARRUTH: We just thought their work was phenomenal.

CARRUTH: Cristina shows deep respect for ritual and ancestry. But Alex's lens is more of an impatient activist.

DEL BARCO: Together, Rivera and Ibarra say their MacArthur awards will allow them to continue what they love.

RIVERA: Make experimental work, punk the system, build our own thing outside of Hollywood.

(SOUNDBITE OF THE SHINS' "THE FEAR") Transcript provided by NPR, Copyright NPR.

Ahead of Golden Globes nominations, many remain wary of the group behind the awards

The Hollywood Foreign Press Association, the group behind the awards, says it's changing, but Hollywood may not be ready to forgive. 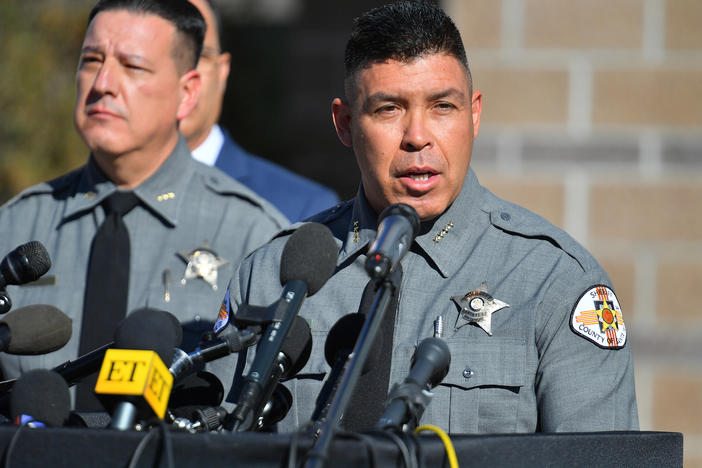 Hundreds of pieces of evidence have been found on set, authorities said Wednesday. 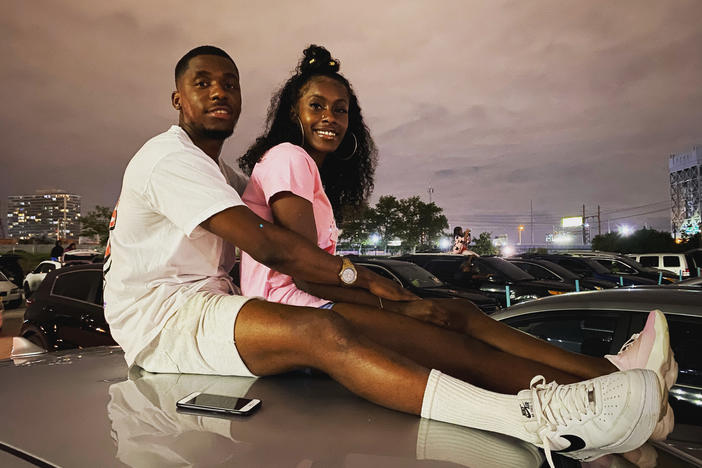 The simultaneous crises of the pandemic and racism against Black Americans led to the creation of an unusual movie theater located in New Jersey's biggest city: the Newark Moonlight Cinema.