Officials Are Investigating A Fire At The National Susan B. Anthony Museum And House 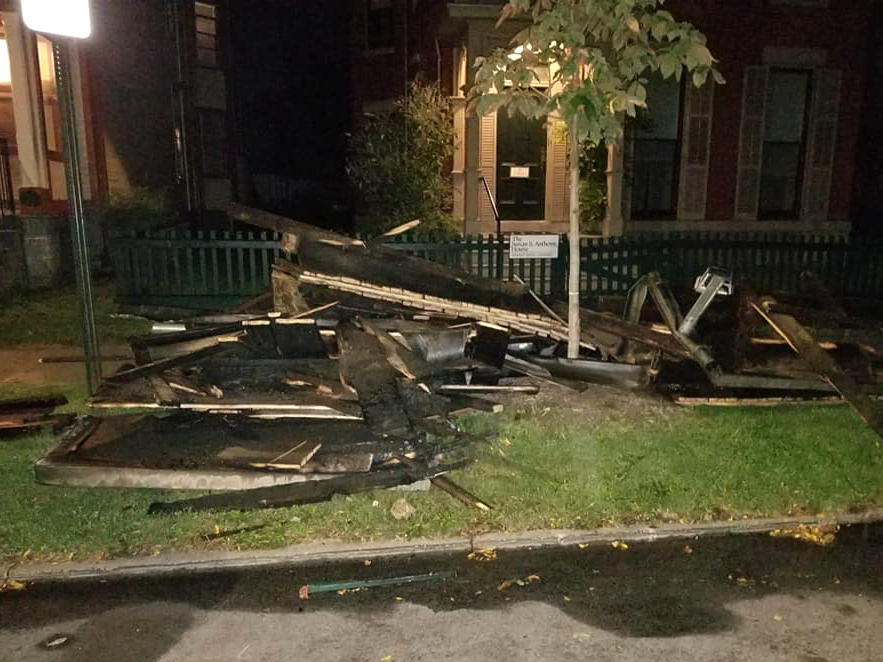 Authorities are investigating a fire that broke out at the National Susan B. Anthony Museum & House in Rochester, N.Y., over the weekend, but stopped short of destroying the building and its artifacts.

Deborah Hughes, the museum's president and CEO, said in a statement that damage was limited to the back porch, where the fire started. She credited the Rochester Fire Department with arriving in minutes and quickly containing the blaze before it could spread to the interior of the historic building.

"This might have been a tragic loss of a national historic treasure," she wrote. "Instead, it is a story of a job well done by first responders who care deeply about life, our community, and our cultural heritage."

The Anthony Museum was the home of the legendary suffragist and the site of her arrest for voting in 1872. It was the headquarters of the National American Woman Suffrage Association while Anthony served as its president, and is also where she died in 1906.

Member station WXXI in Rochester reports that "the cause of the fire is listed as suspicious but still under investigation." The Rochester Fire Investigation unit is currently investigating, the RFD confirmed, adding that no civilian or firefighter injuries were reported.

The exact details of the fire are not clear. Hughes said the museum's surveillance cameras show "an individual at the back door moments before the flames broke out."

Firefighters were alerted to the blaze just after 1:00 a.m. ET on Sunday to find the back porch engulfed in flames, the Rochester Fire Department told NPR over email. Some tended to the blaze while others forced entry to get smoke out of the building and protect the artifacts inside.

Hughes noted that first responders removed photographs from a wall and carefully stacked them up and moved various other objects out of harm's way. 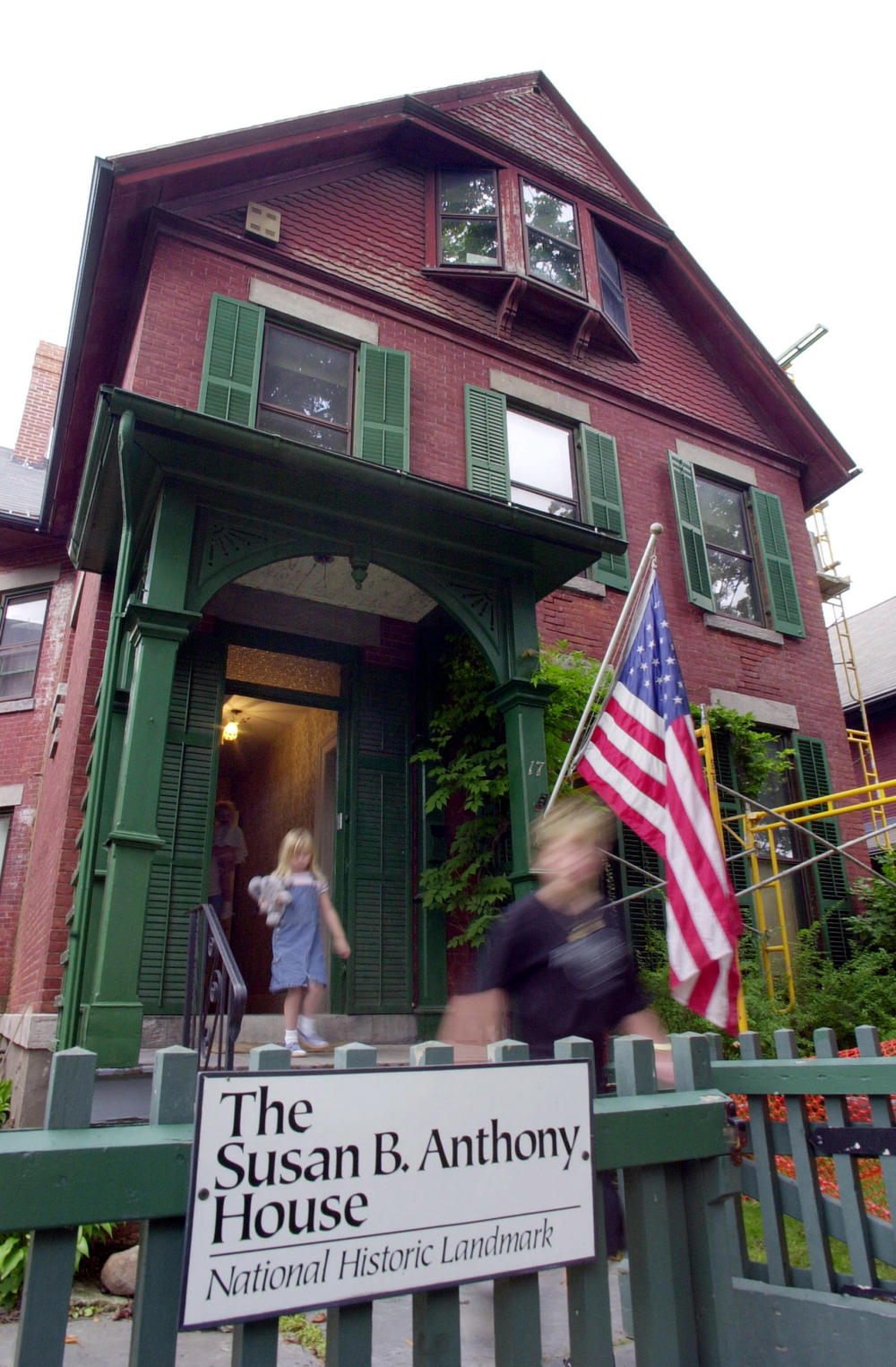 In this July 28, 2004, file photo, tourists exit the Susan B. Anthony House after taking a tour of the house in Rochester, N.Y. Fire officials in Rochester were investigating a fire that damaged the house early Sunday, Sept. 26, 2021. / AP

"The Rochester Fire Department has long understood the significance that this property holds both to our local community as well as the nation," Battalion Chief Joseph Luna said in a statement provided to NPR. "A great job was done by the firefighters' tonight in limiting the effects of the fire on both the museum and its displays."

Lt. Jeffrey Simpson, RFD spokesman, said there was some damage to a doorway and some water damage on a carpet.

Hughes said the porch was more than 100 years old, but wasn't the building's original porch and was not necessarily of particular historic significance, according to WXXI. The museum has insurance, but it's not yet clear how much that would cover or whether any other state or federal funding might be available to help restore the national landmark. 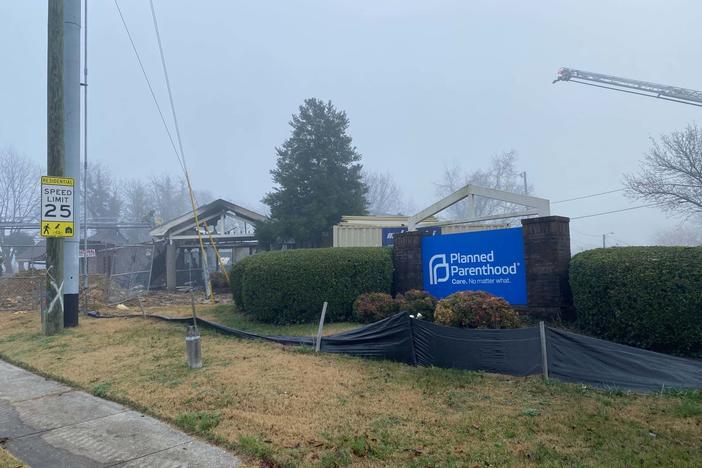 A fire that destroyed a Planned Parenthood building was intentionally set

The New Year's Eve fire that caused a "total loss" of the Planned Parenthood building in Knoxville, Tenn., has been ruled an arson, investigators say. 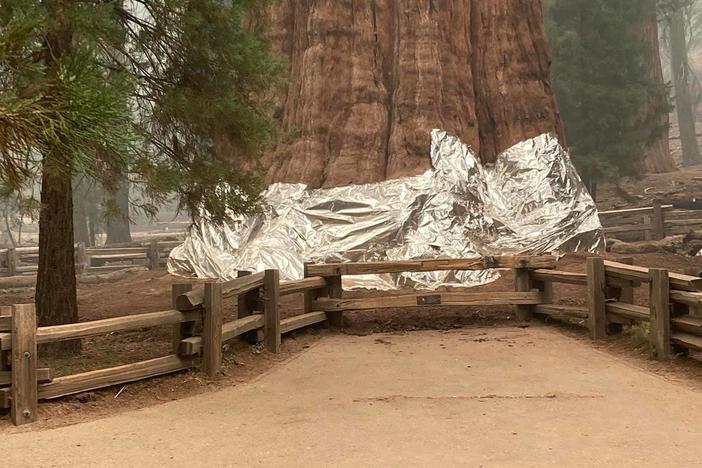 Here's Why Firefighters Are Wrapping Sequoia Trees In Aluminum Blankets

The sequoias are "wrapped with house-wrapping material, kind of an aluminum-foil fabric that goes around the base of the trees," says Jon Wallace, who is helping to lead the firefighting effort. 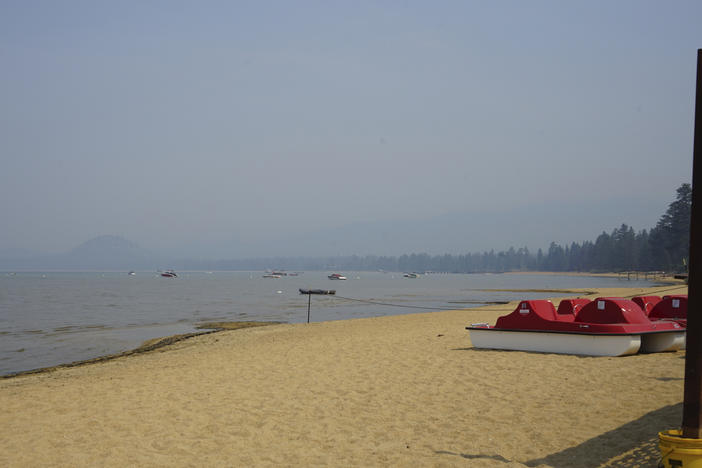 Responders Are Gaining On The Caldor Fire, But Now They've Got New Blazes To Battle

More containment on the fire near Lake Tahoe means that some residents have been able to return, but a rash of new "suspicious" fires erupted over Labor Day weekend, officials say.