Nurses Are In Short Supply. Employers Worry Vaccine Mandate Could Make It Worse 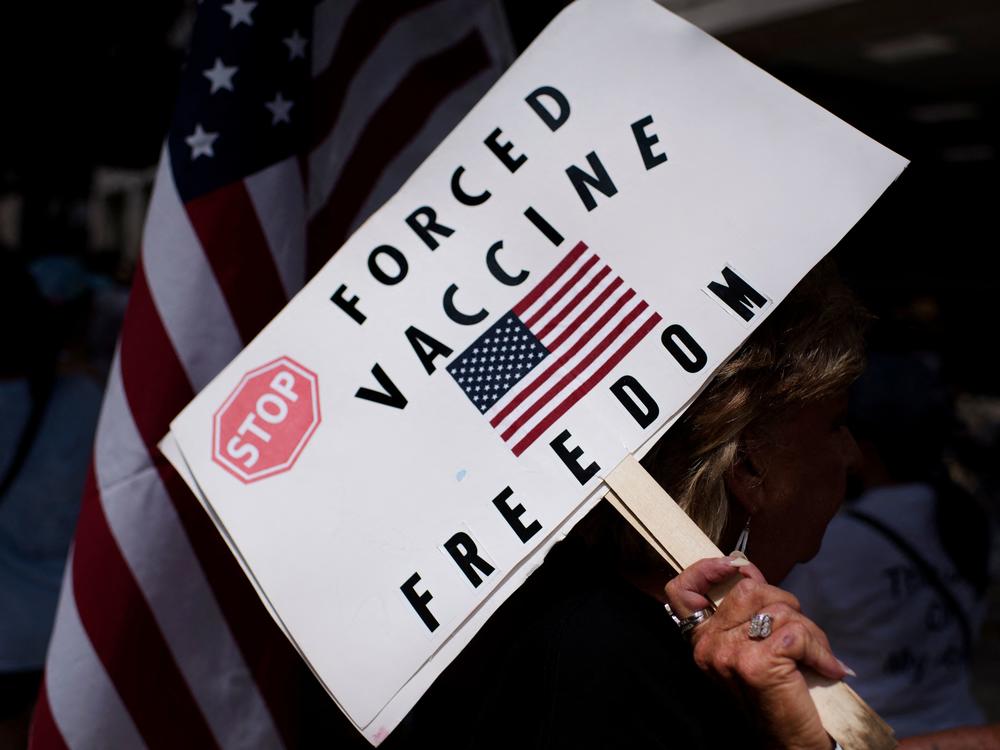 Vaccine protesters hold signs outside Houston Methodist Hospital in Houston, Texas, on June 26. More than 150 employees either quit or were fired for declining the vaccine.

When Pam Goble first heard that President Biden was mandating the COVID-19 vaccine for health care workers, she had one thought: It's about time.

Of her 261 nurses and therapists, 56 have declined to get the vaccine.

"I am one of those people that really feels everybody should have their choice," says Goble. She did not impose her own vaccine mandate even as the delta variant drove a spike in COVID-19 cases among her employees and the families they serve.

Now she's concerned that her unvaccinated employees may refuse to comply with the federal mandate once it's implemented later this fall.

"We would have to let people go," she says. "I worry if our patients, who are medically fragile children, are going to get the care they need."

Health care workers had priority access to the COVID-19 vaccine back in December 2020, but nine months later, many are still reluctant to get the shots. Vaccination rates remain low in some states and among some subgroups of health care workers such as nursing assistants. As part of his push to get more Americans vaccinated, Biden has essentially told 17 million health care workers: Get vaccinated or get out. He has not offered them the testing option he's given workers in most other industries.

Details about how the federal vaccine mandate will be enforced have yet to be released, but already protests have become regular events outside hospitals, and employers are warning they could see large numbers of workers quit just when they're needed the most.

It's hard to predict how many people will actually quit their jobs over the vaccine mandate. In June, after a federal judge dismissed a lawsuit brought by health care workers at Houston Methodist Hospital over its vaccine mandate, more than 150 workers quit or were fired.

In Maine, where the governor announced a vaccine mandate for health care workers in mid-August, hospitals are so far reporting only a handful of resignations, but enforcement of the mandate is still more than a month away.

Losing even one or two workers would be a problem

"I can't afford to lose anyone," says Ted LeNeave, CEO of Accura HealthCare, which operates 34 nursing homes and assisted living facilities in Iowa, Minnesota, Nebraska and South Dakota. Because of staffing shortages, they've had to limit admissions, turning down patients coming from hospitals.

With about 1,000 of his employees — 38% of his workforce — unvaccinated, LeNeave is calling on the federal government to provide a testing option for health care workers. He's proposed that those who remain unvaccinated would undergo regular testing and wear full PPE, arguing that it's a safer alternative to losing a lot of workers.

"I just don't see how I can lay off a thousand people," says LeNeave. "I'd have no one to take care of the patients, and there's nowhere to send the patients."

LeNeave has offered his employees incentives to get vaccinated, including the chance to win $1,000 in a lottery, but he says many remain fearful. Some cite false claims about the vaccines' effect on fertility while others want to wait a year or two to see if any problems arise. And then there are those who are against it, period.

He expects many will change professions to avoid getting the shots. Certified nursing assistants, who bathe, feed and groom nursing home residents, are among the lowest paid workers in the U.S. There are plenty of other options for those who want out.

"Especially with our facilities in rural areas, we could lose nurses to go work at Casey's or Kum & Go" gas station convenient stores. In those jobs, workers would have an option to get tested rather than be vaccinated.

In Texas, Goble is baffled that this far into the pandemic, and with more than a thousand people dying from COVID-19 every day, the vaccines remain so politicized.

"I keep hearing this anti-vaccine argument about freedom," she says. "But I want my freedom to live out from under a pandemic. And I want the children and families we serve to have that right too." 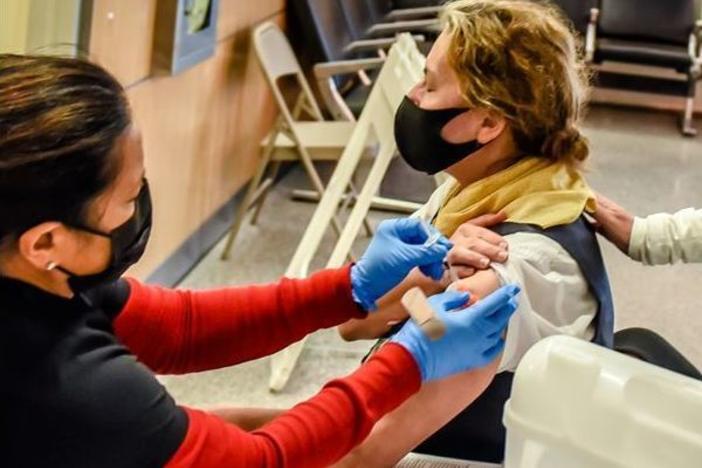 Faced with losing their jobs, even the most hesitant are getting vaccinated

Workplaces with vaccine mandates are seeing vaccination rates of 90% or higher. A complex mix of factors, including job security, is driving most workers to get the shots. 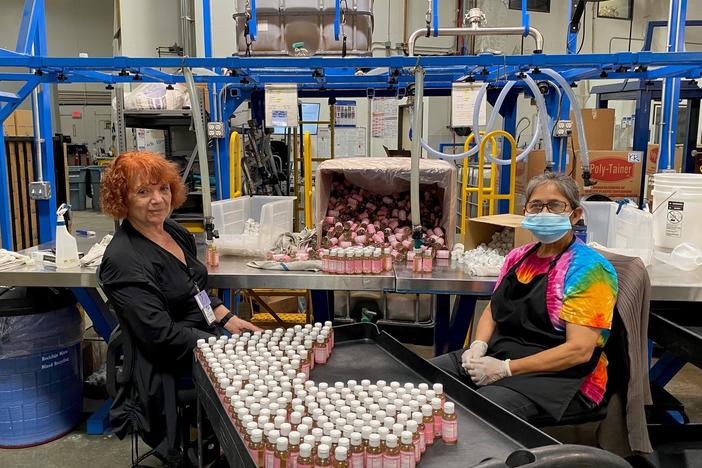 Employers Want You To Get Vaccinated. This One Is Offering A $1,000 Bonus

With the delta variant spreading, more companies are mandating that employees be vaccinated against the coronavirus, but some are still hoping bonuses will do the trick. 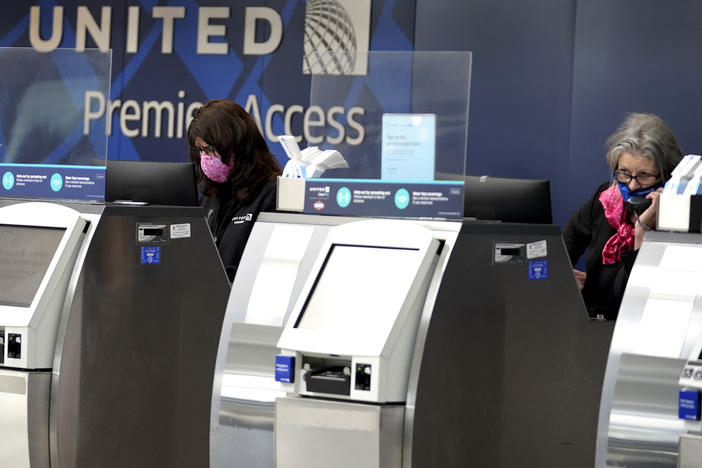 A federal judge ordered United Airlines to temporarily halt its plan to remove unvaccinated employees seeking a religious or medical exemption from the company payroll.