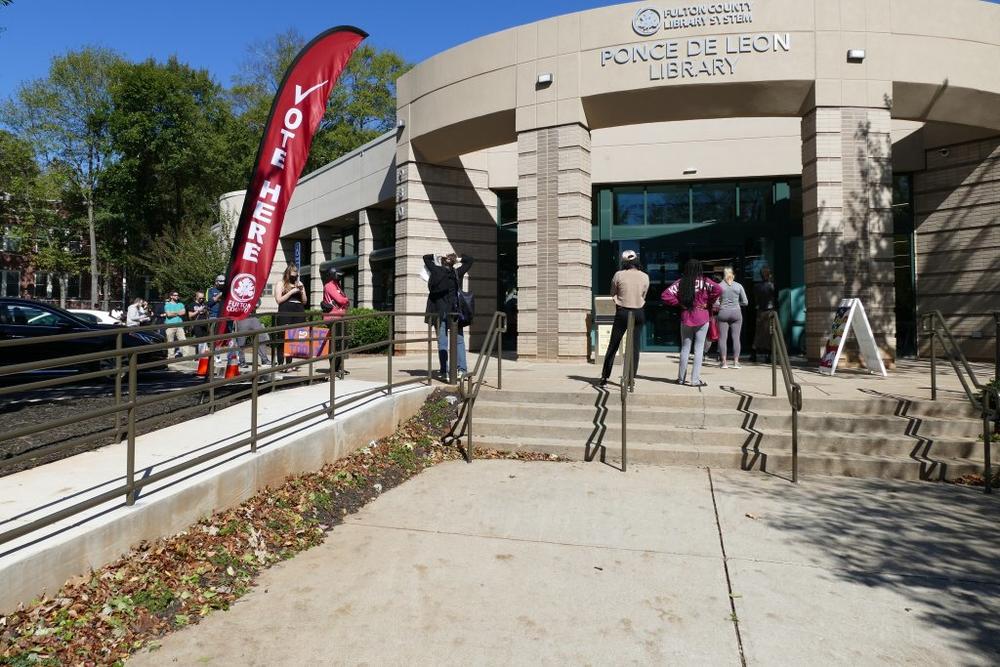 The Fulton County Commission Wednesday named Cathy Woolard to chair its election board despite secretary of state objections due to her former role as lobbyist for the Democrat-allied Fair Fight voting organization. Woolard is set to lead the board through a period of partisan controversy over its conduct of elections.

The Fulton County Commission appointed Cathy Woolard to its election board on Wednesday, rejecting GOP complaints that her connection to Democratic champion Stacey Abrams’ voter advocacy group could create conflicts.

Woolard, who was president of the Atlanta City Council in the early 2000s, is now the chairperson of a county election board at a time when it is being investigated by the state over accusations of mismanagement and irregularities in the 2020 elections.

In a 4-2 vote, commissioners approved Woolard to the five-member board after she fended off objections by Secretary of State Brad Raffensperger and other Republicans about partisan connections to the Democratic party.

Woolard was a registered lobbyist for Abrams’ Fair Fight organization this year, paid up to $10,000, according to state records.

Commissioner Khadijah Abdur-Rahman voted against fellow Democrats who confirmed Woolard, saying she wanted more time to consider the board chair.

“If this was a conservative PAC that had paid a lobbyist and the vote was in front of us, we would be screaming bloody murder,” she said. “Not in indifference to the chairman, but having just her as (the nominee) as opposed to a slate, you’re asking for a state takeover.”

Fulton County Commission Chairman Robb Pitts has said that Woolard’s leadership will guide the county’s election board through difficult times caused by lies from former President Donald Trump and his allies about baseless claims of widespread voter fraud in the 2020 presidential election and the politically motivated Republican responses that followed.

She served as an Atlanta City Council member from 1998 to 2002 and as its president from 2002 to 2004, becoming the first openly gay elected official in Georgia.

Pitts read a letter from the leaders of a coalition of voting and civil rights groups to support Woolard’s nomination. He also said there’s an urgent need to fill the role with less than 60 days ahead of statewide municipal elections, including the Atlanta contest for mayor.

“This position needs to be filled yesterday and that’s why I’m opposed to us holding it,” he said. “They need action now. They need a person in that position now able to break a tie.”

In response to a request from Republican lawmakers, Fulton became the first county in the state last month to have its handling of 2020 elections reviewed by an independent review board.

The controversial voting law passed by Republicans in the state this year includes a new provision giving the State Election Board the authority to temporarily replace election supervisors if they violate state election laws.

Raffensperger argues that Woolard’s advocacy for Fair Fight and ties to other progressive groups such as Planned Parenthood give him enough grounds to call for the removal of the entire Fulton election board.

Raffensperger’s powers were muted under Senate Bill 202, with the secretary of state no longer holding the chair of the state board.

Raffensperger said Wednesday that he would continue to publicly denounce Fulton leaders’ selection of Woolard, suggesting that the job should be nonpartisan. Georgia counties typically allow the two major parties to nominate local election board members.

While Raffensperger’s office has repeatedly dismissed claims of widespread fraud in last year’s presidential election, he has also been an outspoken critic of Fulton’s handling of elections for problems that date back to the 1990s.

Commission member Liz Hausman, a north Fulton Republican, noted the unrealistic expectations for the chair of a board where each political party selects its own two members. However, having Woolard in place may not be the best move for Fulton with the threat of a takeover or the possibility of engaging in litigation over the new election law, she said.

“The chairman is technically supposed to be a nonpartisan position,” Hausmann said. “In today’s environment and probably since the beginning of time, that’s almost impossible to achieve.

“However, I think we should strive to not have an activist in that position,” she said. “This will bring more unwanted, unneeded attention to the board of elections at a time when I think our focus should be rebuilding, reorganizing and trying to turn that ship around in a positive way.”

Commissioner Lee Morris said as a Republican who worked closely with Woolard on the city council, he considers her a good choice to head the election board. He said he didn’t know about her lobbying efforts, but felt satisfied with her explanation of how she would perform in her new role. 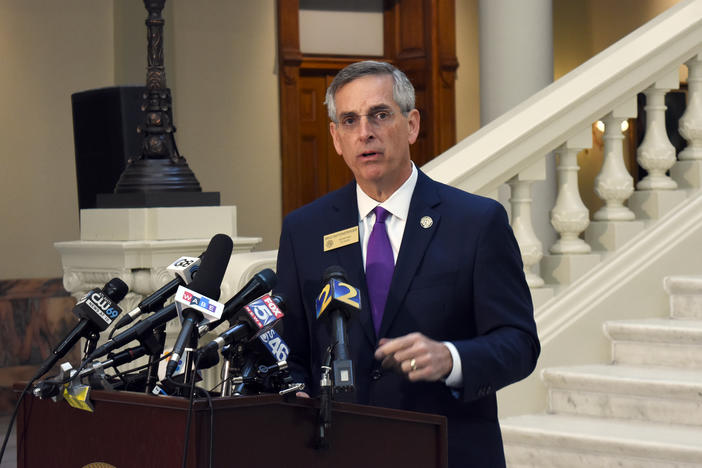 The State Election Board met for the first time after SB 202 was signed into law, stripping Secretary of State Brad Raffensperger from his role as chair. 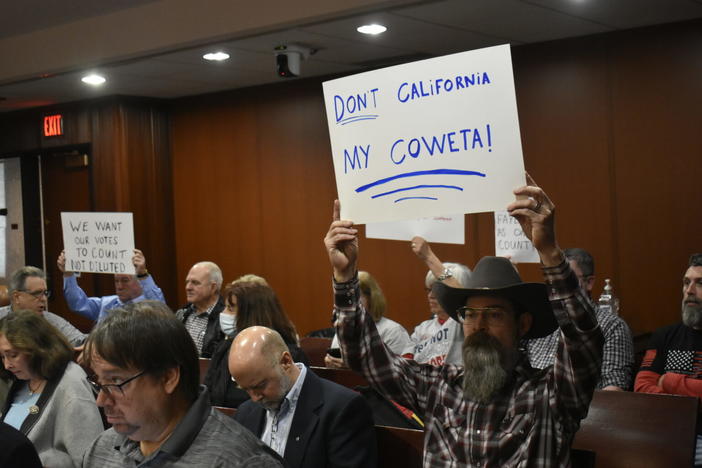 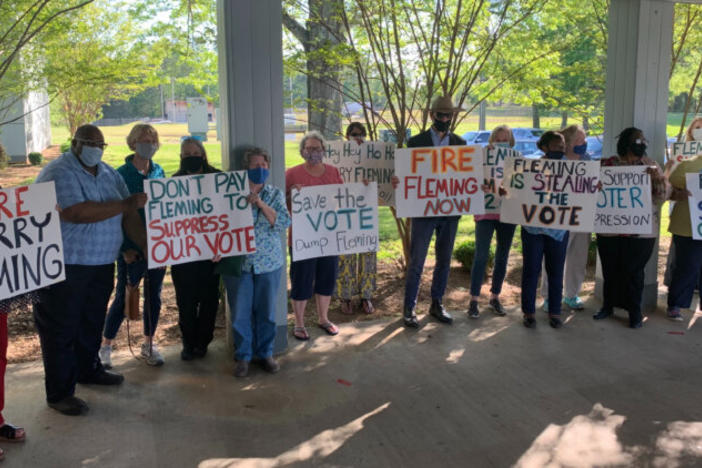