Like so many people who make their living in comedy, Neal Brennan has a kind of tortured relationship with the concept of fitting in.

NEAL BRENNAN: I try to do stuff that other people do - right? - that looks satisfying. And I've always seen people with dogs in videos, and dogs are so loving. And the soldier comes back from a foreign deployment...

BRENNAN: ...Getting dog [expletive] in his face.

MARTINEZ: Brennan is best-known for his creative partnership with comedian Dave Chappelle. In the early 2000s, they launched and co-wrote the hugely popular Comedy Central series "Chappelle's Show." But with all that, his problem of fitting in just won't seem to go away.

BRENNAN: Yeah, I spent, like, the last 15 years doing stand-up. And every comedian I met was like, you sound like more of a writer, which is comedian's way of saying, give me your jokes.

BRENNAN: Then before that, I was a writer. And every writer I met was like, you seem like more of a comedian, which is a writer's way of saying, you're annoying.

MARTINEZ: Brennan's back in front of an audience these days in New York City with an evening-length show of stand-up, but it's not all jokes. The title of the show is telling - "Neal Brennan: Unacceptable." We got a hold of Neal Brennan, and I asked him about that.

BRENNAN: OK. So the show is basically about the ways I feel unacceptable. It's the things that make me feel like something's wrong with me.

BRENNAN: Well, it's - I just have a hard - I have a - my inner monologue can just be rough. And it's - I mean, obviously, like, I'm accepting it. But it's provisional (laughter), my level - or conditional or something. It's not - I never - like, the mirror is a good example. I've never walked past a mirror and been like, there's my guy. You know? It's all just sort of like, OK. All right. We'll see - we'll keep going.

BRENNAN: Yeah. Like, we'll just do variations on this. It's kind of all we can do...

BRENNAN: ...And see if I can improve the inner monologue at all.

MARTINEZ: Now, in the show, you talk about being the youngest of 10 kids and having parents who were born in the Great Depression and carried it with them. What was that experience...

BRENNAN: Yes, they were - they liked it so much, they brought it with them.

MARTINEZ: Yeah. What was that experience like growing up in that situation?

BRENNAN: Ten kids is too many kids. My dad's from a family of 13. My mother is from a family of seven. But it's the Great Depression, so, like, two of her siblings die. One of my dad's siblings dies, his twin. So my parents were from a very hardscrabble, black-and-white world. And they kind of instilled those values in us. I do a joke that every city has a Koreatown and a Chinatown. Our house was basically, like, Depressiontown (ph), where it was just a lot of people living in tight quarters and rules and regulations.

MARTINEZ: Now, you describe, also, a kind of internal conflict that's really defined your life. You mention that inner monologue of yours, too, about following the rules of a world while also thinking those rules are arbitrary. How do you reconcile those two things?

BRENNAN: It's hard, man, I find myself following my own sort of rules. But I feel guilty, or that's what I feel excluded from. I'm not married. I don't have kids. I don't really drink. I don't eat meat. I - it's all these things that I don't do. I will always feel like I'm wrong not to be married and have kids. It kind of eats away at you, you know?

MARTINEZ: But you know what that sounds like to me, Neal? I go back to the Groucho Marx line - I wouldn't want to be part of a club that would have someone like me, you know, as a member.

BRENNAN: I respectfully disagree with Groucho on that because I'd like to be invited.

BRENNAN: And it's a great song. But that's kind of the nature of being a comedian.

MARTINEZ: You are maybe best-known for co-creating the "Chappelle's Show," the sketch show that's rooted in Black culture. But you also seem to struggle with whether you should be making those jokes.

BRENNAN: Like, am I, like, helping? Am I using my platform to make - to mock racists? Or am I hijacking somebody else's struggle for my own personal gain?

MARTINEZ: You don't ever fully answer the question, Neal. I'm wondering, is there a right answer to that question? Have you ever decided one way or the other?

BRENNAN: In some ways, it's unanswerable. The tension is that it's unknowable whether I'm making fun of stereotypes or encouraging them. People don't know your intentions. And then people will take the joke and put their intentions on it. Right? If I do a joke about Black church being different from white church - right? - and white people use it as like, yeah, what are they doing over there? It's like, no, that's not my point, man. They can use it as a cudgel with which to express displeasure for the other group. But that's not the point.

MARTINEZ: You describe your shows as traumedy (ph). What motivates you to be so vulnerable about your struggles with mental health?

BRENNAN: I've never been ashamed of pursuing mental health, right? Like, I started going to therapy in my 20s, started taking medication in my 20s. I don't have any shame about it. Like, it's like having plantar fasciitis or something. Like...

MARTINEZ: That's just something else, right.

BRENNAN: I didn't do it. It's not my fault. I don't know. My foot just started being weird. And the truth is a little more and more every year gets expressed in public. Like, I did "The Breakfast Club" with Charlamagne. And Charlamagne - Charlamagne tha God - was saying how I helped him get into mental health and talking about it. And now he talks about it on this huge platform. And that, I'm like - I might be proud of that. Can you believe it?

MARTINEZ: I know. There you go - something for your inner monologue...

BRENNAN: Did the Zoom link expire?

MARTINEZ: Neal, thank you (laughter) very much for the time. Thanks for hanging out, man.

BRENNAN: Oh, yeah. Good to meet you, man. I appreciate it.

GROUCHO MARX: (As professor Wagstaff, singing) ...Anyway. Whatever it is, I'm against it. 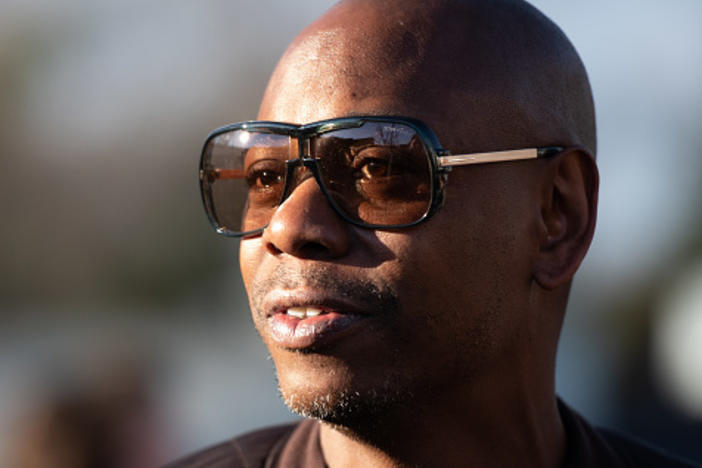 Dave Chappelle drew sold-out crowds to his live, indoor appearances in Washington, D.C. — 3,500 attended his show at the concert venue The Anthem and more than 2,000 came to the Kennedy Center. 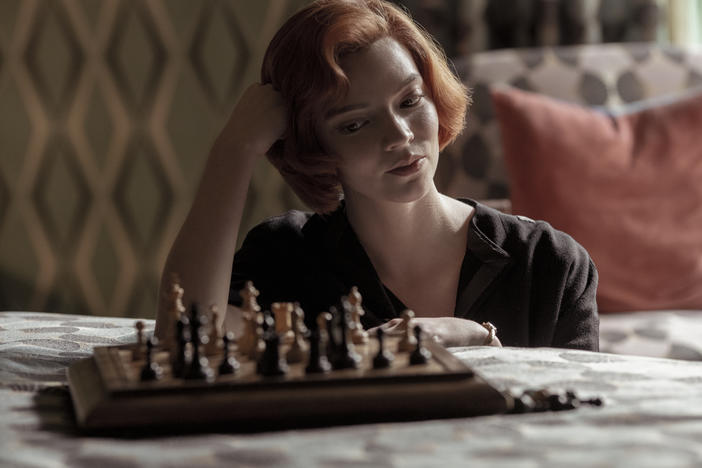 Can't Find A Chess Set? You Can Thank 'The Queen's Gambit' For That

Who'd have guessed that a centuries-old game would become 2020's hard-to-find, must-have toy? Sales spiked after the release of the hit Netflix show, and now toy analysts are warning of a shortage. 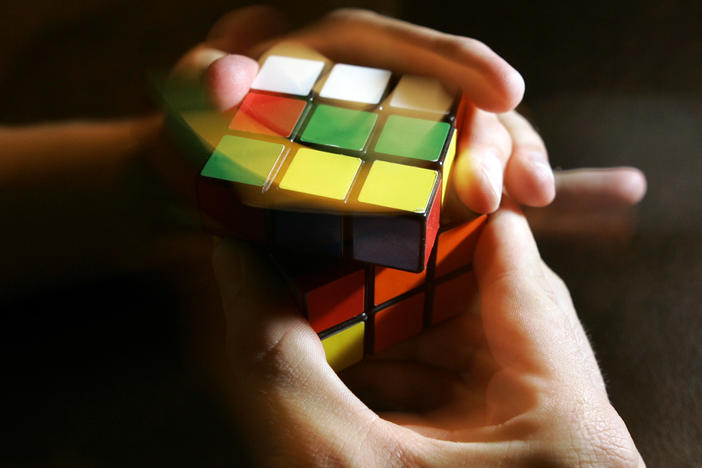 Rubik's Cube Inventor Writes A New Book: It's Full Of Twists And Turns

Hungarian architect Ernő Rubik invented his fun (and frustrating) colorful cube in 1974. He tells that story, and talks about creativity, curiosity, play and puzzles, in Cubed: The Puzzle of Us All.