Blinken Will Visit Qatar, Where Diplomats Relocated To Keep Working On Afghanistan

Since evacuating its Kabul embassy, the U.S. has set up shop in Doha to continue diplomatic work on Afghanistan. Secretary of State Antony Blinken says he'll thank them in Doha next week.

In Afghanistan, for now the U.S. embassy in Kabul is closed. Instead, diplomats are setting up shop thousands of miles away in Doha, Qatar. The State Department says the office there does some of the things it would normally do in Kabul. But as NPR's Michele Kelemen reports, former diplomats say having an embassy abroad just is not the same.

RONALD NEUMANN: Well, the country is littered with symbols of American defeat. And I think we need to understand this was a defeat.

KELEMEN: One of those symbols is the abandoned embassy. Now U.S. diplomats have relocated to Qatar. They don't really have a name for this mission yet, but Under Secretary of State Victoria Nuland says it will include consular affairs and will oversee humanitarian aid, contacts with the Taliban and counterterrorism efforts.

VICTORIA NULAND: We have set up our Afghan office in Doha, led by Ian McCarry, to manage diplomacy in all of its aspects with Afghanistan and to work with allies and partners who have also relocated their operations to Doha.

KELEMEN: So Doha will be the scene for international diplomacy on Afghanistan. As for the consular officials, Nuland says they are looking at all possible options to help American citizens and at-risk Afghans get out of the country and get the documents they need. The Taliban say they're willing to allow safe passage to those with proper papers. But Neumann points out it may be hard to hold them to account.

NEUMANN: You may get some coming out. But how do you know whether others are being turned back or not? And that's the kind of thing that you really right now want - somebody, some kind of eyes on the ground to get a sense of how the Taliban are doing this.

KELEMEN: Neumann says few American officials really understand the Taliban, including U.S. envoy Zalmay Khalilzad, who negotiated with them on behalf of the Trump administration and the Biden administration.

NEUMANN: Even people like Khalilzad have dealt with only a very thin cut of the political leadership. So we're going into this without knowing very much about this group and without having very many contacts that are very useful to us.

KELEMEN: But there is no way to keep an embassy on the ground at this point, says Deborah Jones, who has had experience of being a sort of ambassador in exile after she had to evacuate from Libya. Jones says it is possible to do some diplomatic work from afar.

DEBORAH JONES: Is it always kind of better to be on the ground? Of course it is. But even so, when we're on the ground, we pick and choose with whom we speak.

KELEMEN: She says in a country as fragmented as Afghanistan, the U.S. government needs to expand its contacts. That's more difficult now as Afghan journalists, human rights activists and women leaders are fleeing or trying to. The U.S. also needs to coordinate with those countries still on the ground.

KELEMEN: Russia and China are among those that still have embassies in Kabul, and the U.S. is relying on Turkey and Qatar to help the Taliban reopen the airport.

(SOUNDBITE OF MELLOTRON VARIATIONS' "143 I LOVE YOU") Transcript provided by NPR, Copyright NPR. 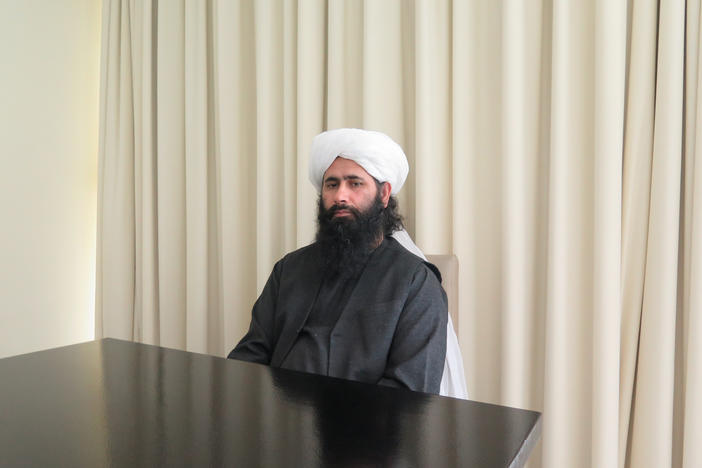 What the Taliban really want from the world, in their own words

"We want to prove to everyone forever that we respect humanity," Taliban spokesman Muhammad Naeem Wardak told NPR in Doha, Qatar. He also said women "must have the right to education and to work." 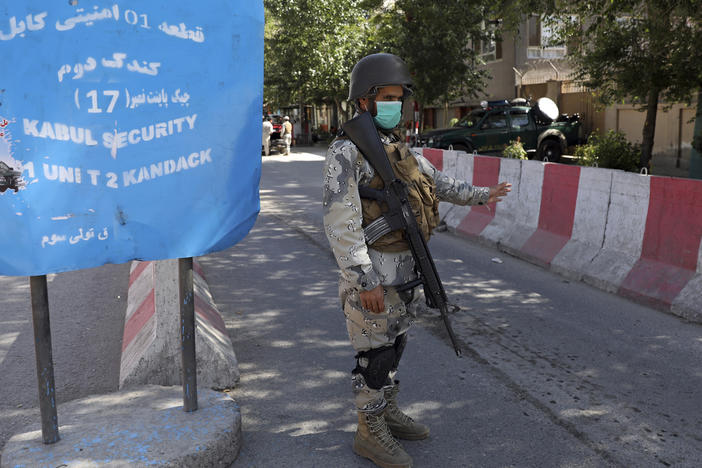 U.S. Is Starting To Evacuate Some Embassy Staff From Afghanistan With Military Help

The State Department is reducing the U.S. Embassy in Kabul to a "core diplomatic presence" amid the deteriorating security situation. 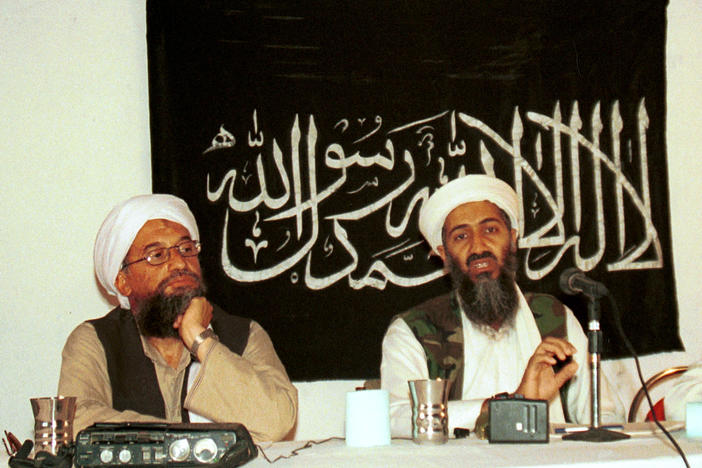 Zawahiri's death places al-Qaida in a precarious position, argues Colin P. Clarke of the Soufan Center. The question of succession will help shape al-Qaida now — and it may prove divisive.