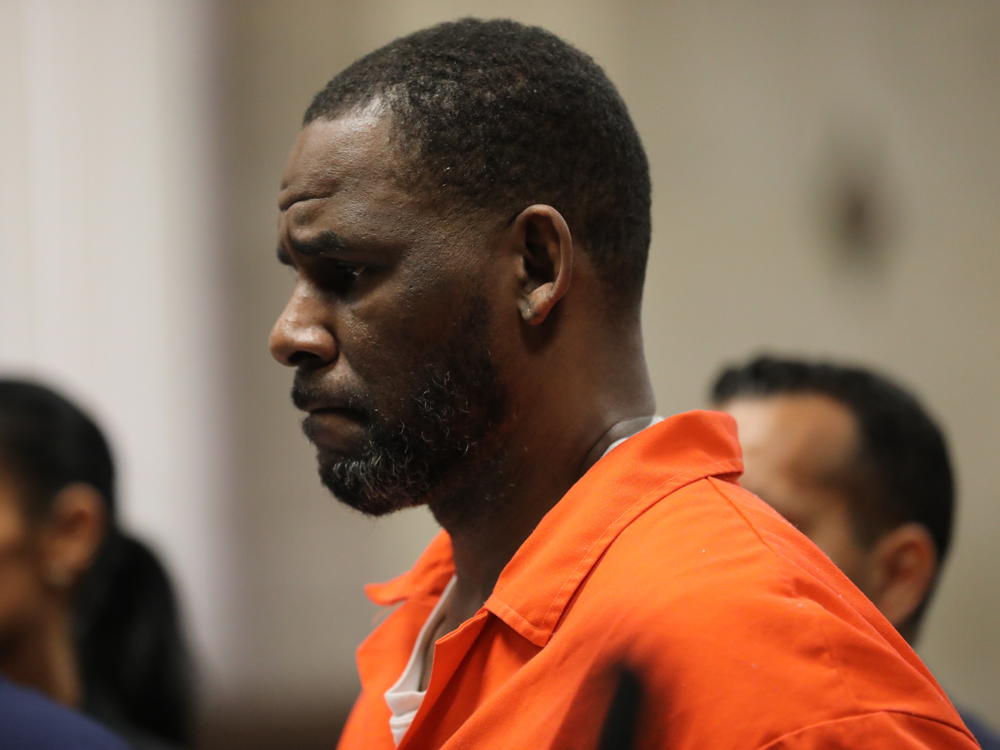 R. Kelly appears during a hearing at the Leighton Criminal Courthouse in Chicago in September 2019.

As the trial of disgraced R&B superstar R. Kelly unfolds, it's tough to imagine reaching this moment without the 2019 Lifetime docuseries Surviving R. Kelly.

That's because the six-part project seemed to transform public opinion about the singer in an instant, with detailed, harrowing accounts from women who said Kelly spent decades pursuing underage girls for sex and maintaining abusive relationships. Kelly has denied the allegations.

The public reaction — including prosecutors asking other potential victims to come forward and his longtime label, RCA, dissolving its working relationship with him — was surprising because journalists had been reporting on similar allegations against the singer since the late 1990s.

But cultural critic and filmmaker dream hampton, an executive producer on Surviving R. Kelly, says this project hit the world in a crucial moment: Social media spread word quickly, a younger generation was less tolerant, and viewers were drawn in by the power of seeing a succession of survivors telling their stories directly to the camera.

"American history isn't history until there's a movie about it," hampton says, wryly. "I was packaging Surviving R. Kelly for people who probably didn't read beyond the headlines. ... That's what I thought I could bring to it. There's something about a visual [of] someone unpacking their story."

A new genre for new sensibilities

Turns out, Surviving R. Kelly was one on a growing list of documentary projects challenging audiences to reconsider old controversies with fresh eyes, informed by the #MeToo movement's revelations about harassment, assault and trauma. And those films could bring very tangible results. 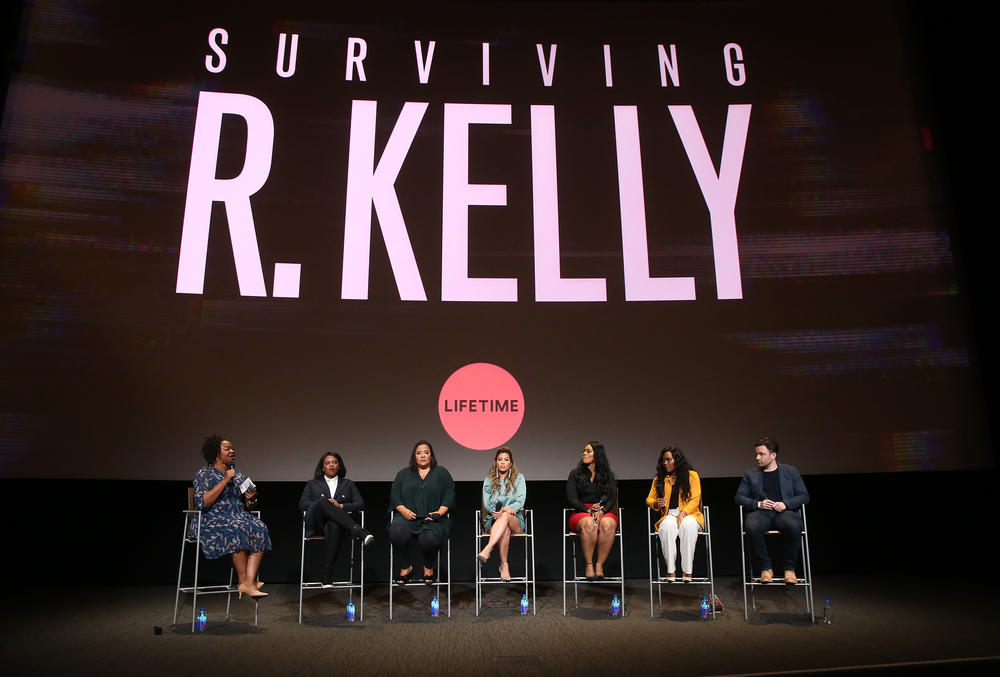 In February, FX and Hulu's film The New York Times Presents: Framing Britney Spears jump-started public conversation about sexist, abusive media coverage of the pop star and the 2008 conservatorship that gave control of her finances to her father, Jamie Spears.

HBO's four-part Allen v. Farrow gave a detailed presentation of Dylan Farrow's allegations from 1992 that her father, superstar director Woody Allen, molested her as a child (the filmmaker has denied those allegations). And HBO Max's film On the Record debuted last year as a chilling account featuring several women who accused rap mogul Russell Simmons of sexual assault in incidents ranging back to the mid-1990s, which he has denied.

"I feel these documentaries could only have been made now ... because the standards of accountability have changed," says Poh Si Teng, producer of the documentary St. Louis Superman and an executive at the International Documentary Association.

"The feedback from the web and social media platforms is so much faster, we are holding ourselves more accountable [as a society]," she adds. "In light of all the reckonings from the past year, especially after the murder of George Floyd and the pandemic, more and more filmmakers and participants are going to be bold. They're going to be ready to speak now. ... So these filmmakers can revisit all these old controversies [on] misogyny, conservatorship, child sexual abuse and rape in ways that they could not before."

Samantha Stark, director of Framing Britney Spears, says she originally planned to just reexamine past media coverage of the pop star. After seeing how "incredibly misogynistic" it all was — demonstrated by a clip in the film of an interviewer asking Spears about her breasts — Stark and her team realized many of the journalists who had reported these stories were male.

"We just had this idea: What if we try to find women to interview instead?" she says. "We got a completely different picture of her: a woman who was business-savvy, who even as a teenager contributed creatively to her work, who had the stamina of an Olympic athlete and knew what she was doing ... someone with agency."

Then, the filmmakers discovered valid concerns about the fairness of Spears' conservatorship, originally criticized by followers of the "Free Britney" movement. Suddenly, a fan uprising that some treated like a punchline was inspiring renewed public scrutiny. Most recently, Spears' father has announced his intention to step down from the conservatorship, but with no definitive timetable.

Stark says she thought about Surviving R. Kelly while making her film, because both projects centered on contentions that people found tough to believe because the alleged abuse was happening in plain sight. And both projects also pointed out the complicity of the general public, which often laughed at comedians' jokes about Spears' mental health or Kelly's proclivities without considering the darker truths behind the punchlines.

"I'm the same age as Britney, so when I was watching so much of the footage, I was reliving my [teenage years], when it was OK to bully people and shame them for being different," says Stark, age 39. "It did feel like we weren't ready for all these documentaries until now. We do, I think, listen to what women have to say more now."

That's an idea which resonates for Amy Ziering, co-director of both Allen v. Farrow and On the Record with longtime filmmaking partner Kirby Dick. Ziering says, when she was pitching potential distributors on their 2012 documentary about sexual assault in the military, The Invisible War, she was told no one wanted to hear women's stories — especially stories of women raped in the military.

Now, Allen v. Farrow has seven Emmy nominations and On the Record was part of HBO Max's opening slate of original programs when the streaming platform launched in May 2020. These days, Ziering says, such films can perform a sort of pop culture jiu-jitsu – leveraging the celebrity that some stars have used to shield themselves to educate viewers, instead.

"Would anyone really care to watch a documentary conservatorship ... no, you watched because it was about Britney Spears," she adds, saying Allen V. Farrow dropped important information about how the court system treats custody cases and how allegations of incest are investigated. "What is lovely about these films is we get to capitalize on the culture of celebrity for good — not for marketing ... but to actually enlighten people."

Not all films have the same impact

Some critics say these films can be one-sided; Kelly, Allen and Simmons all declined requests to be interviewed for these projects and have denied the crimes they are accused of within them.

And not every project can have the impact filmmakers anticipate. Drew Dixon, a former record company executive whose accounts of being raped by Russell Simmons and sexually harassed by well-known producer/executive L.A. Reid form the center of On the Record, says the film's impact was blunted when media star Oprah Winfrey pulled out as an executive producer in early 2020.

"It's almost worse than if she'd never been involved ... [it] left this shadow of confusion and doubt around the film," says Dixon. "A lot of the powerful voices in the Black community that could have drawn attention to the discussion about Black women and our unique vulnerability to sexual violence didn't happen. And frankly, I feel more isolated now than I did before."

The film, which also explores how Black women's stories of harassment and assault may have been left out of the #MeToo movement, also faced criticism from some who viewed it as an attack on successful Black men. Both Dixon and Surviving R. Kelly's dream hampton noted that the subjects of their films still retain support among some Black people, wary of a white-dominated media system going after stars once considered admirable examples of Black achievement.

Still, Dixon says she has no regrets about participating in the film. "A proliferation of documentaries that center survivors and move the spotlight away from the famous, accused, powerful people ... that's really critically important," she adds." That's how we really humanize the experience and the pain and the real cost of sexual violence for the people who have experienced it."

Poh Si Teng of the International Documentary Association expects to see many more of these types of films produced, with a tangible impact on the public discourse.

"It's not cancel culture," she says, of the way some celebrities have seen their work sidelined after serious allegations. "It's consequence culture." 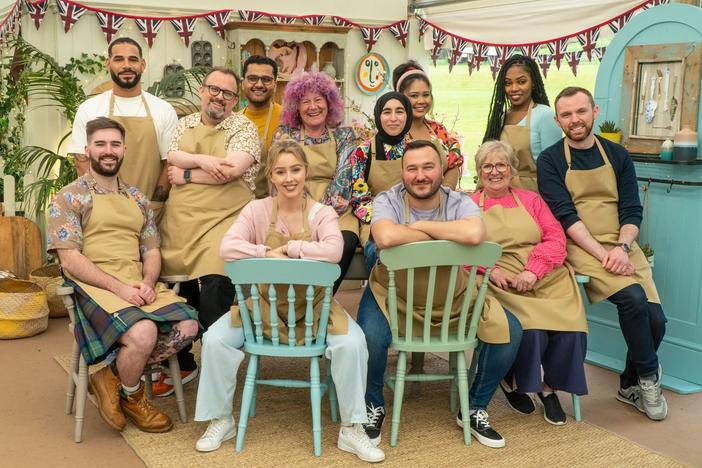 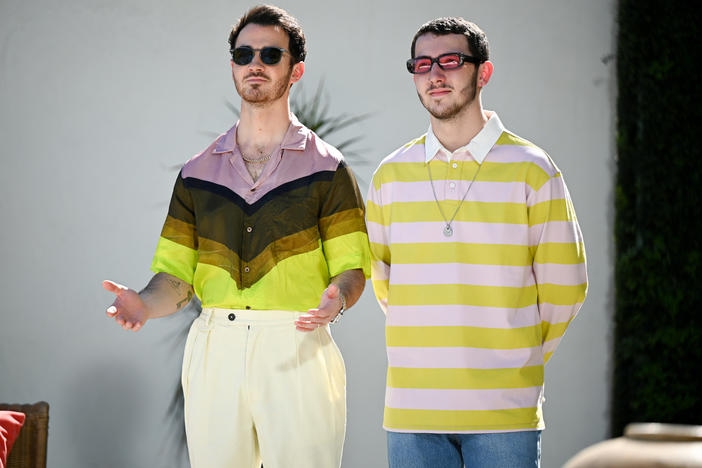 Each week, the guests and hosts on NPR's Pop Culture Happy Hour share what's bringing them joy. This week: Horror in the High Desert, Emily the Criminal, and more. 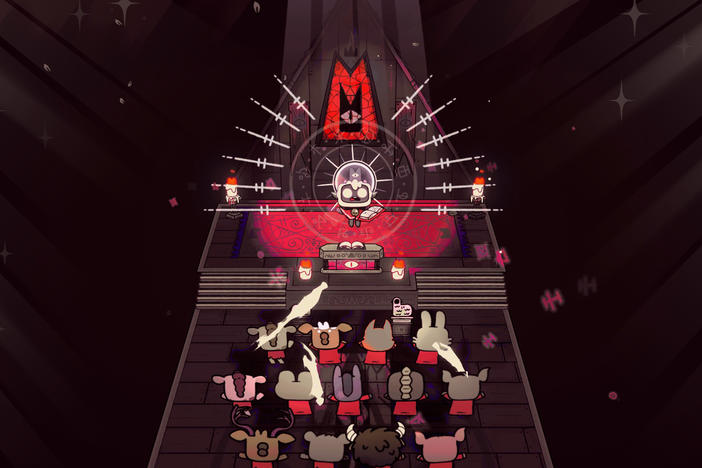