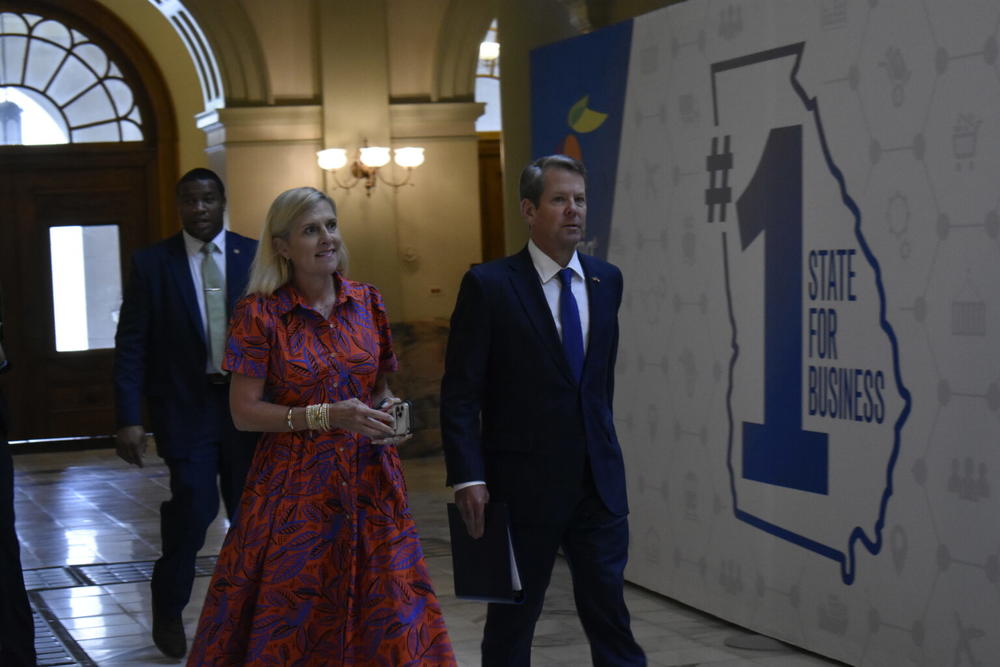 Under the new rule, businesses can voluntarily comply with local rules, but they cannot be forced to do so.

Kemp framed the order as a protection for local businesses from burdensome regulations.

“The one thing that can make tough times even harder when you’re running your own business is more government,” the Republican said at the Capitol on Thursday. “Just as our economy is returning to normal, small businesses from Savannah to Atlanta cannot survive another round of shutdowns.”

Mounting cases of the delta variant have spurred some cities to call for mask requirements to try to provide relief for desperately crowded emergency departments.

Georgia surpassed 1 million total COVID-19 cases Tuesday, and another 7,000 cases were reported Thursday. More than 19,000 people have died from COVID-19 in Georgia, and another 3,000 deaths are suspected to be COVID-related.

Savannah was the first Georgia city to institute such an order during the latest surge in cases among the unvaccinated, followed by cities including Atlanta and Athens.

Kemp sparred with Atlanta Mayor Keisha Lance Bottoms over a mask mandate last year, but the governor did not prevent Bottoms from imposing the mandate.

“A lack of leadership at the state level has resulted in Georgia ranking 48th nationally in fully vaccinated residents over the age of 12, subsequently ranking seventh in COVID-19 cases and 12th in deaths,” Smith said. “Mayor Bottoms has followed the science and data from the onset of this pandemic. Masks save lives and it is absurd we must continuously defend such a simple, straightforward fact.”

On Monday, Savannah Mayor Van Johnson said more restrictions could be coming if the strain on hospital emergency departments worsens.

In a statement Thursday, he called Kemp’s order “disappointing but not surprising.”

“While the governor believes he has shown leadership in ‘keeping Georgia businesses open,’ he should start by reopening the closed Department of Labor offices across the state to help Georgians still waiting for unemployment assistance or perhaps by reopening the Governor’s Mansion, which has been closed for months,” Johnson said. “Before Georgia can be the best state in which to do business, Georgia should be the best state to live free of COVID-19, and, given our high infection rates and low vaccination rates, sadly, that is not the case.”

“Savannah’s current order remains unchanged and in place, and additional actions will be taken as deemed necessary by Savannah’s elected servants,” he added.

Reaction was swift from health experts and Democratic critics.

Experts agree that vaccines are safe and effective and masks are vital to prevent the spread of viruses.

“The governor is playing a very dangerous game with people’s lives,” said state Rep. Jasmine Clark, a Gwinnett County Democrat and a scientist who teaches microbiology at Emory University. “The GOP is no longer the party of local control. This order undermines those in the community that know the needs of their community in the name of ‘the economy.’ Well, people on ventilators and dead people don’t go shopping. If he really cared about the economy, he’d be doing all he could to help stop the spread of the virus, not helping the virus spread by weakening local efforts.”

Others accused Kemp of prioritizing politics.

“It is disappointing that the governor views the pandemic as an opportunity to score votes rather than to save lives and protect children,” microbiologist Amber Schmidtke said. “The state needs leadership; meanwhile, the governor cannot be bothered to lead.”

“Kemp’s prioritization of politics over public health in the midst of a once-in-a-generation pandemic is shameful and disqualifying, and Georgians deserve better,” said party spokeswoman Rebecca Galanti.

Under mounting pressure to act to slow the spread of COVID-19 in the state, Kemp announced plans Monday to boost spending on hospitals and give state employees a day off during which he is asking them to be vaccinated.

But Kemp, who faces a looming reelection battle, has been loath to support further steps and risk alienating a portion of the Republican base in Georgia that is skeptical of the dangers of COVID-19, the safety of vaccines and the wisdom of wearing masks in spite of the scientific consensus.

This latest move could be an effort to please that base, putting Kemp in the camp of other GOP governors like Florida’s Ron DeSantis and Texas’ Greg Abbott in standing up against what Republicans consider overburdensome regulations.

In a May Fox News appearance, Kemp pledged to sign an executive order preventing public schools from imposing mask mandates, but the actual order only prevented them from using the public health state of emergency to justify such a mandate, and that declaration expired before the current school year began.

On Monday, Kemp told reporters at the Capitol he is now content to let local school boards make their own decisions about COVID-19 safety.

Some mayors and legal experts are questioning how much real-world impact the latest order could have.

Kemp said he is confident that he has the legal authority to implement the measure despite ending Georgia’s public health state of emergency, but others disagree.

Others question whether the order will accomplish anything.

Athens-Clarke County Mayor Kelly Girtz said he does not see the order as a threat to his city’s rules. That’s because the ordinance there provides a way for businesses to avoid participating by posting a sign on their door. But Girtz worries about the message Kemp’s order will send.

“We are continually concerned here; we have seen rising case counts,” he said. “Based on yesterday’s numbers, our hospital region was at 97% ICU utilization and something like 200 COVID cases, up from a dozen two months ago. Leaders should be responsive to that, and putting out messaging counter to that is not in the public interest.”

Atlanta’s ordinance contains language stipulating that violations will not be enforced against a business if its customers do not comply. Instead, the customers could be punished by a fine of up to $25 for a first offense.

Savannah’s emergency order says that people entering commercial establishments will be “strongly advised” to wear a mask and restaurants, retail stores, salons, grocery stores and pharmacies in the city are “strongly encouraged to require their employees to wear a face covering.”

But even if existing ordinances would pass muster under the new order, it could have a chilling effect going forward.

“The Atlanta mask mandate, as it’s written now, doesn’t run afoul of the executive order, if it was upheld,” Kreis said. “The problem is as there are greater discussions about maybe looking towards New York or San Francisco, or some of these other cities, which are mandating certain forms of public accommodation by ordinance, you impose some kind of vax requirement or mask requirements, then you would have a problem.

“It’s really just kind of cutting off any future policy discussions going forward as are happening in other municipalities across the country,” he added. 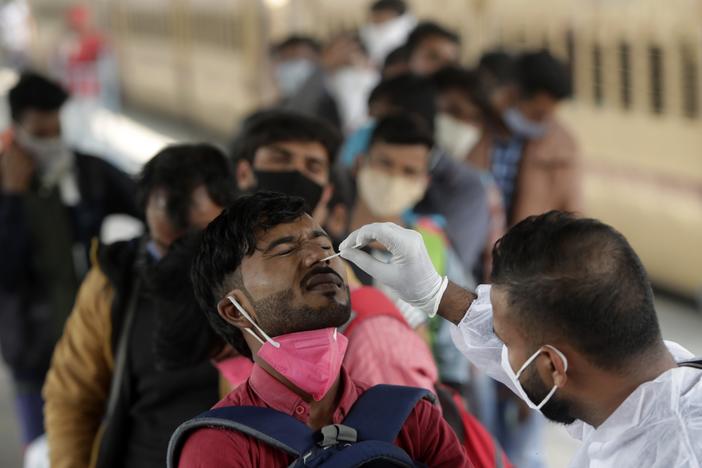 Political Rewind: It's a new year, but pandemic frustrations remain. So where do we stand now?

Tuesday on Political Rewind: The new year brings the same covid frustrations for people in Georgia and across the country. Dr. Carlos del Rio returned to the show to share insights and advice on coping with the latest wave of the coronavirus. Journalists Ellen Eldridge and Tamar Hallerman also weigh in on the impact of the virus as we enter the start of another year with the pandemic. 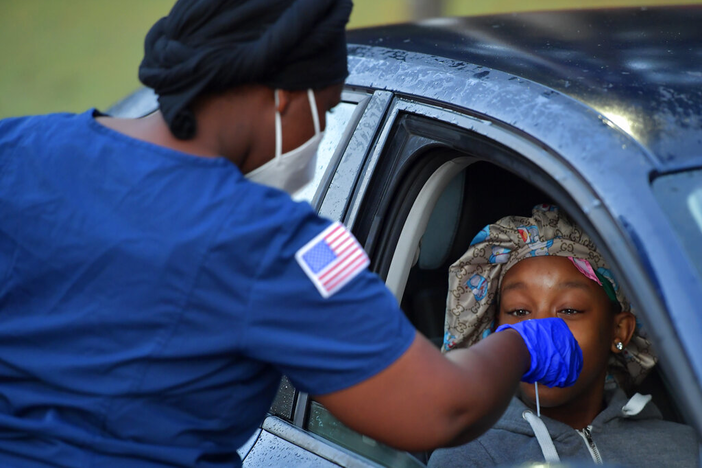