There's no shortage of gasoline, but a few stations have still run dry because it's hard to find qualified truck drivers who can move the fuel around. The high demand is pushing driver pay up.

Gas stations across America rely on truckers to deliver gasoline. Their work is dangerous. They're basically towing a bomb down the freeway. A tank could explode in a crash. Don't you think about that when you're driving near one of them on the highway? NPR's Camila Domonoske reports these jobs are critical. And companies are having trouble filling them.

CAMILA DOMONOSKE, BYLINE: Something unusual has been happening this year. Across the country - Colorado, Iowa, the Pacific Northwest - scattered gas stations have run out of gasoline. They weren't big shortages or long shortages. But a hiccup in something so essential can be worrying, not to mention odd.

BRIAN MILNE: Why would there be a shortage? We have ample amount of gasoline.

DOMONOSKE: That's Brian Milne, who tracks refined fuels for the data analysis company DTN. To find the answer, look behind the wheel of a big, silver tanker truck. This is a job that requires special training. And a lot of qualified drivers left the industry when demand for gasoline dropped last year. There wasn't work for them. Now companies have been scrambling as demand roared back.

DAVE SAMUELSON: All these companies, you know, we can't get enough people in seats. It's just - people just don't want to do it.

DOMONOSKE: Dave Samuelson lives in Chattanooga, Tenn. He's relatively new to fuel hauling. And he knows exactly how much demand there is for workers like him. Just last fall, he went to school to get his commercial driver's license.

SAMUELSON: When I was going through school, I had 10 or 11 job offers before I graduated.

DOMONOSKE: And right away, he was hired to haul fuel. That's almost unheard of. Companies typically look for experienced truck drivers to train for this specialized work. Then there's what happened with his pay.

SAMUELSON: It has really, really jumped. I know our pay where I'm at, it's gone up about 40% since January.

DOMONOSKE: Forty percent. Now he's guaranteed at least 78 grand a year. And other companies are also offering big raises and incentives. That's remarkable because for years now, companies have struggled to attract and retain drivers. But they mostly didn't raise pay, certainly not like this. At this point, you might be wondering, wait, is that going to push gas prices up? Patrick de Haan is the head of petroleum analysis at Gas Buddy. And he says, not by much. But it does have an impact.

PATRICK DE HAAN: We're talking about, you know, something that would be negligible, less than a two cent a gallon impact, but certainly.

DOMONOSKE: There are a lot of other factors keeping gas prices high right now, especially the price of crude oil. But there's another question, too. Will these pay raises be enough to attract new drivers? Samuelson is very happy with his new gig. He says the pay is great. And he loves that he's back home on his farm every night. But hauling fuel is dangerous. Getting licensed is a hassle. And the hours can be rough. So even with higher pay, some experienced drivers just don't think it's worth it.

BRAD ZEILINGER: I wouldn't even consider it. No. They couldn't afford me. Let's put it that way.

DOMONOSKE: Brad Zeilinger has been trucking for more than 30 years. He's hauled fuel before. But never again, he says. Frozen food is more his style now and, pretty soon, retirement.

ZEILINGER: The young people don't want to do this job anymore. And my generation is on their way out the door right now.

DOMONOSKE: This is a challenge for the entire trucking industry, not just fuel hauling. And the question now is whether higher pay can attract a new generation of drivers.

Tags: Series: Help Wanted: Where Are The Workers? 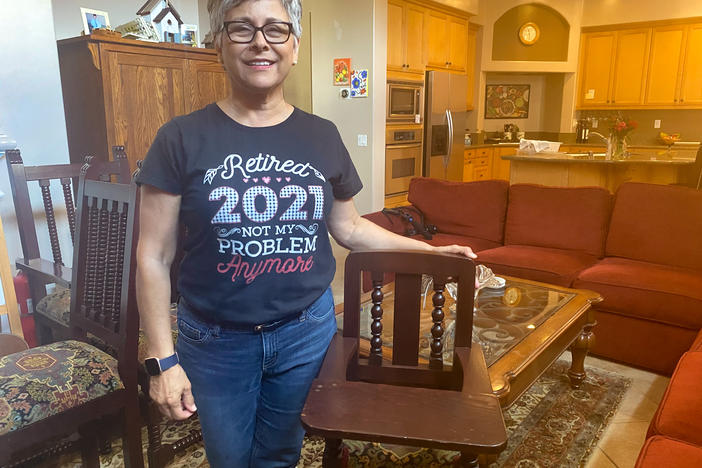 These Older Workers Hadn't Planned To Retire So Soon. The Pandemic Sped Things Up

Millions more people than expected joined the ranks of the retired in the pandemic. While some did so joyfully, others were reluctant or had no choice. 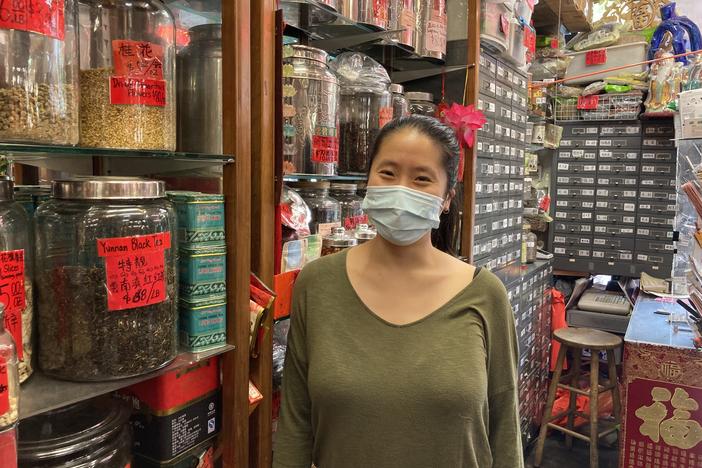 For businesses in Manhattan's Chinatown, inflation is a tough economic hurdle

Many businesses have relied on high sales volume to make a profit, but higher costs for wholesale goods and dwindling inventory because of supply chain disruptions are forcing them to raise prices.