Looking Back On When President Reagan Fired The Air Traffic Controllers

RONALD REAGAN: This morning at 7 a.m., the union representing those who man America's air traffic control facilities called a strike.

INSKEEP: The union represented around 13,000 people. And if you were on an airplane at the time, they were the most important people in the world.

Yeah, they sure were. The Professional Air Traffic Controllers Association (ph), PATCO, was protesting what they considered to be unfair wages and long work hours. They walked off the job. And two days later, on this day 40 years ago, Reagan fired more than 11,000 of those who hadn't crossed the picket line. And that dealt a serious blow to the American labor movement.

INSKEEP: NPR's Planet Money produced a program about that event back in 2019. Reporters Kenny Malone and Julia Simon introduced us to one of the people who got fired on that day, Ron Palmer. Before the strike started, Palmer thought that Reagan was on his side.

KENNY MALONE: Ron Palmer is watching this speech, watching this guy basically tell Ron, I don't care what kind of raise you and your colleagues want. If you don't get your butts in those little air traffic control towers in 48 hours...

REAGAN: ...And will be terminated.

RON PALMER: When he made that speech in that Rose Garden, I just felt betrayed, you know? You told us you were going to take care of this system and take care of us, and you didn't.

JULIA SIMON: So this is Day 1 of the strike, and you might imagine that if the group of highly skilled people who are supposed to stop planes from crashing don't show up at work, that would essentially shut down the skies. But the government had a card up its sleeve.

MALONE: The plan was if they could just find enough qualified people out in the world to cross picket lines and then climb up into those air traffic control towers, then maybe the planes could keep flying - or at least enough planes to show the strikers that they're not so irreplaceable after all. Donald Devine, Reagan's HR guy - he was part of this backup plan.

DONALD DEVINE: We had to get more people. We had to steal them from the military controllers.

SIMON: They were putting air traffic control students through accelerated tracks, trying to get them ready.

DEVINE: We had to try to go to people who retired to come back.

MALONE: The government was nervous, but on Day 1 of the strike, all these replacement air traffic controllers showed up to work. It wasn't enough to replace everybody. But by the end of the day, nearly half of all scheduled flights had flown - no crashes.

SIMON: Day 2 of the strike, America is dancing to this amazing 1980s MORNING EDITION theme song.

JACKIE JUDD: Good morning. No movement in the air controllers strike that has cut air traffic by almost half at the big airports.

SIMON: And that morning, a seemingly small thing happened that made a huge difference in U.S. labor history.

SIMON: The skies were blue. That is the thing. In much of the country, little clouds, great visibility, ideal if you're, say, a replacement air traffic controller suddenly asked to land a bunch of big planes.

CARL KASELL: Good morning. I'm Carl Kasell. According to Transportation Secretary Drew Lewis, the number of commercial airline flights has increased this morning from yesterday's 50% of normal to 75%.

MALONE: So that was one thing working against the air traffic controller union's close-down-the-skies strategy. The other thing was Reagan's threat from the Rose Garden podium. Show up to work in the next 48 hours, or you're fired. He was giving air traffic controllers who needed their jobs an option. Or, from the perspective of the union's president, who spoke on NPR that day...

ROBERT E POLI: They're trying to break the union. I think they are trying to use every intimidation factor that they can to get the controllers to go back to work.

SIMON: Reagan's threat and his 48-hour amnesty were scary to people like Ron Palmer. As the 48-hour deadline came to a close, striking controllers around the country gathered together with their families. Ron was at the union hall in Miami.

PALMER: We were solidarity. You know, it's - we were trying to be solid. We were singing. I got up and sang a couple of songs.

MALONE: That moment the deadline passed, Ron and over 11,000 air traffic controllers who stayed on strike were officially fired.

SIMON: Donald Devine, the head of federal employees for Reagan, told me that not long after the strike, this thing started happening.

DEVINE: Businessmen would come up to me and say, you know, when your guy Reagan stood firm with those guys, I started getting tougher with my unions, too. I realized I was giving away the store.

SIMON: Reagan flipped the narrative on strikebreaking. Strikers were no longer the sympathetic ones. Now they were selfish lawbreakers screwing over regular Americans.

Joseph McCartin is a labor historian at Georgetown, wrote the book about the air traffic controllers strike. He said Reagan's handling of the strike got into business school curriculum - like, quickly, within a year.

JOSEPH MCCARTIN: By 1982, there was a group at the Wharton School that came out with a manual which encouraged business leaders to learn from the PATCO strike. And this was widely disseminated, and business leaders were reading about it.

MALONE: Suddenly, around America, strikebreaking became the thing to do. Striking copper miners in Arizona - fired. Striking paper workers in Maine - fired. Meat packers, bus drivers - so many strikes in the 1980s were broken to the point where unions realized that employers wanted them to strike so that they could fire them and replace them with non-union workers. And if you realize that your boss wants you to strike so they can fire you and rehire somebody else, that is going to make you less likely to strike, the main piece of leverage unions have.

SIMON: The government keeps track of the number of strikes. And if you look at the numbers, you see a lot of strikes right after World War II, when unions were flying high. And the numbers trend downward slowly. But suddenly, in 1982, there's this huge drop-off. That drop-off, that is the air traffic controllers strike.

PALMER: I think Reagan lowered his heel. When he lowered his heel on PATCO, everybody in the United States that was a member of a union took a long, hard look at what happened to us.

SIMON: And basically said, they got squashed.

PALMER: Yeah, we - yeah, yeah. And we better be careful here. 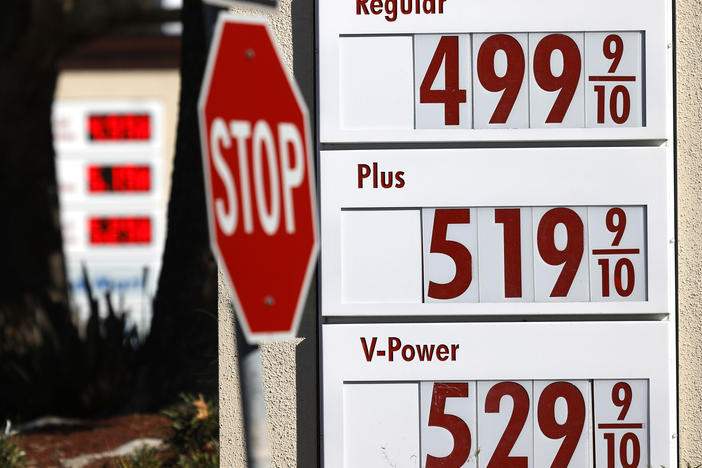 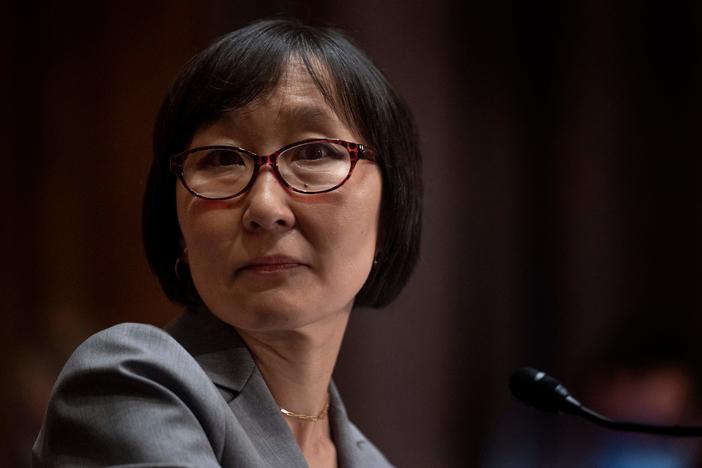 Saule Omarova gets candid: Banks sank her nomination to become a key regulator

Days after withdrawing her nomination to become a key banking regulator, Omarova blames banks for distorting her research and creating an ugly environment. 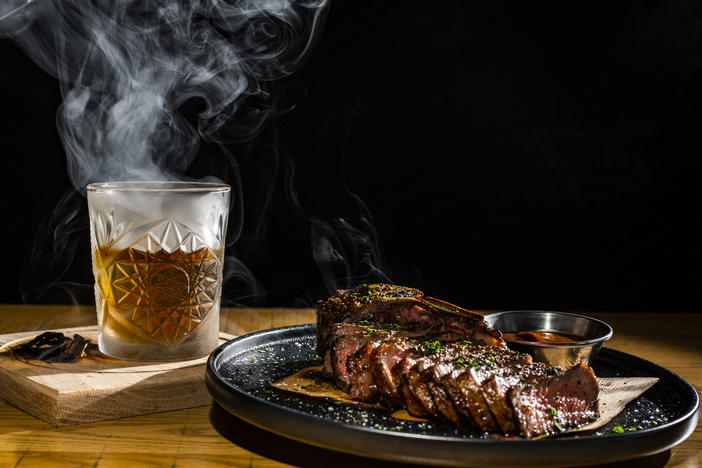