If Gov. Cuomo Leaves Office, Lt. Gov. Kathy Hochul Would Be Next, And Make History 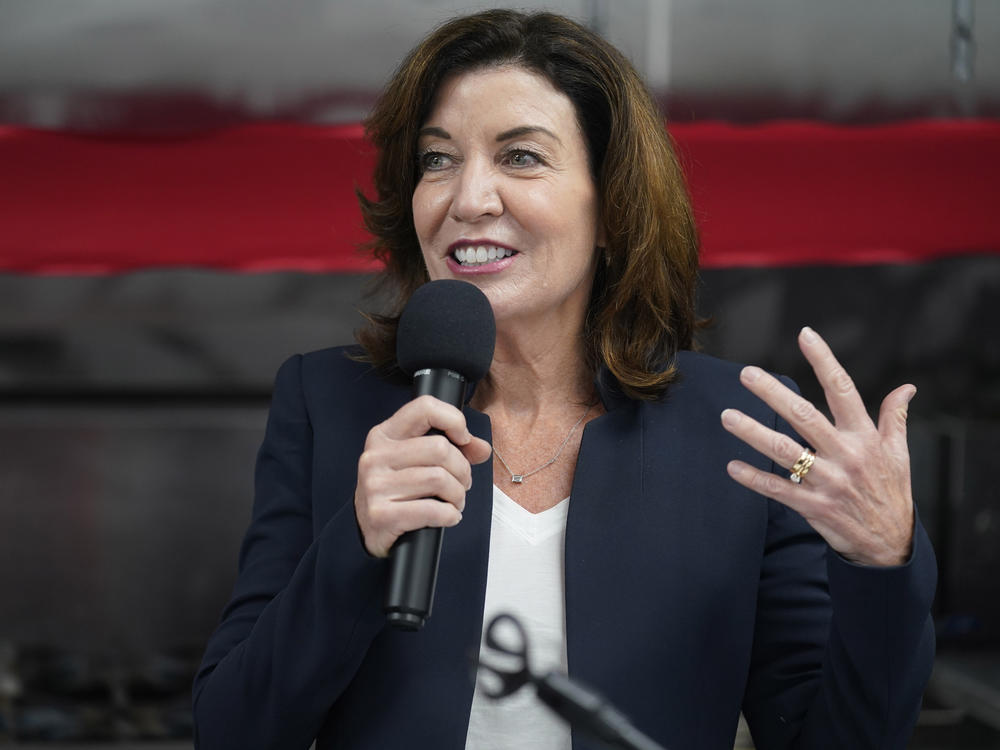 New York Lt. Gov. Kathy Hochul speaks at a ribbon-cutting ceremony in May in the Bronx borough of New York.

A growing number of legislators and government officials — including President Biden — have called on New York Gov. Andrew Cuomo to resign after a report from the state's attorney general detailed almost a dozen allegations of sexual harassment against the governor.

Cuomo responded Tuesday, once again saying he never inappropriately touched anyone and did not give any indication he would resign. Now, many lawmakers are vocally supporting an impeachment process to remove Cuomo from office.

Should Cuomo be impeached or choose to resign, New York Lt. Gov. Kathy Hochul would be next in line and would become the state's first woman to hold the position.

Hochul first leaped to the national stage in 2011 when she ran in a special election for a House of Representatives seat in one of New York's most conservative districts. She served one term before Cuomo selected her to be his running mate. They were sworn in in 2015.

In a statement on Twitter after the report's release, Hochul said she believed the women who accused Cuomo and called his behavior "repulsive" and "unlawful." She said the New York State Assembly will determine the next steps.

She did not call on Cuomo to resign but said: "Because Lieutenant Governors stand next in the line of succession, it would not be appropriate to comment further on the process at this moment." 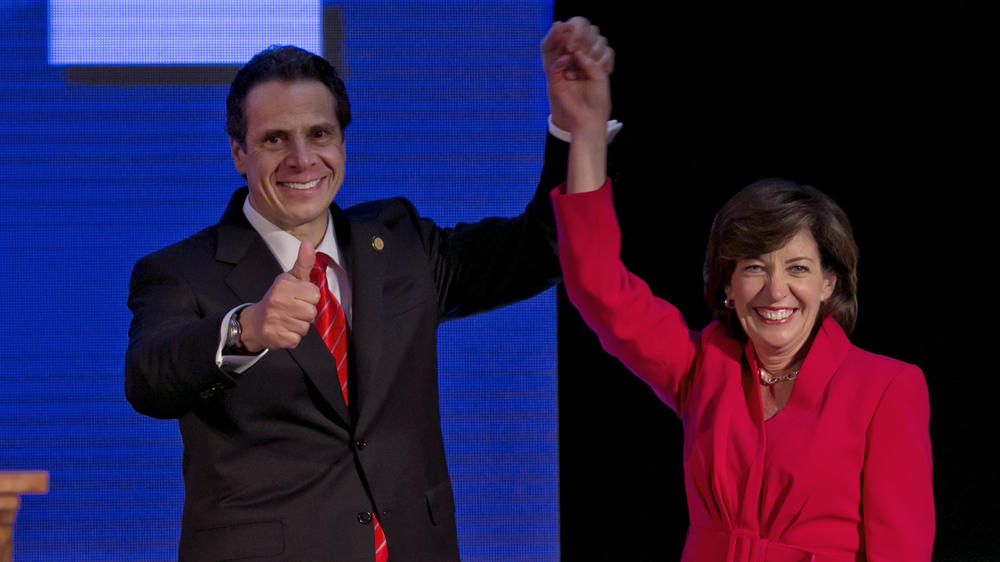 New York Gov. Andrew Cuomo and Hochul at the state's Democratic Convention in Melville, N.Y., in 2014.

As of now, several New York Democratic lawmakers are prepared to move forward with impeachment proceedings.

Assembly Speaker Carl Heastie released a statement following the report that it is "abundantly clear" Cuomo can no longer remain in office.

"Once we receive all relevant documents and evidence from the Attorney General, we will move expeditiously and look to conclude our impeachment investigation as quickly as possible," Heastie said.

Assembly member Yuh-Line Niou told NPR's Morning Edition that she believes there are enough votes to move forward with impeachment.

"What Gov. Cuomo has done is a clear abuse of power," she said. "Remember that every day that we don't impeach is another day that his staffers are in danger."

Impeachment of a sitting New York governor has only happened once before — William Sulzer, elected governor in 1912 and impeached in 1913 — so there is little modern-day precedent for the proceedings. According to the state's constitution, impeachment is decided on by a majority of votes in the assembly. The New York State Assembly is controlled by a Democratic majority; 76 votes are needed to impeach the governor. 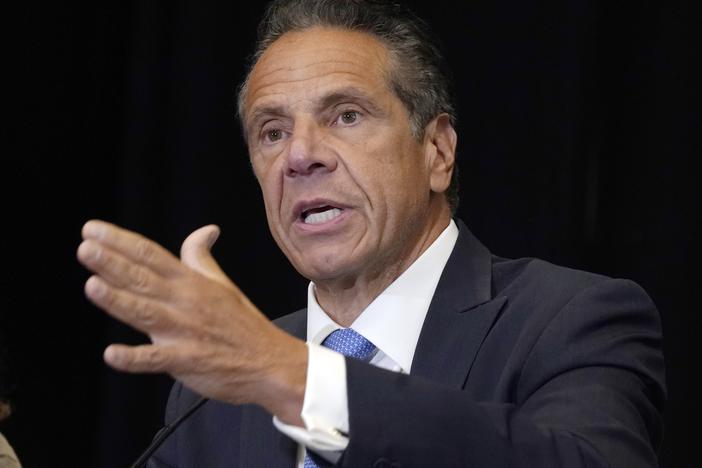 Andrew Cuomo is alleging New York's attorney general assigned biased lawyers to the investigation of him and did not pursue evidence that undermined the sexual misconduct accusations against him. 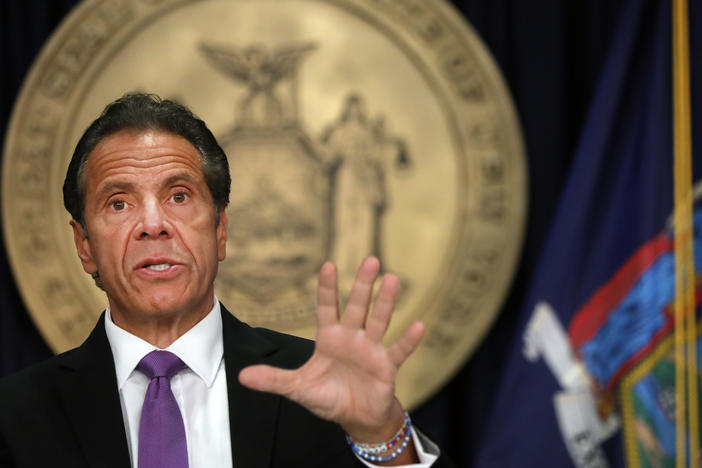 Two former aides to Cuomo have come forward with complaints of sexual harassment during their time in his administration. The investigation's findings will be disclosed in a public report. 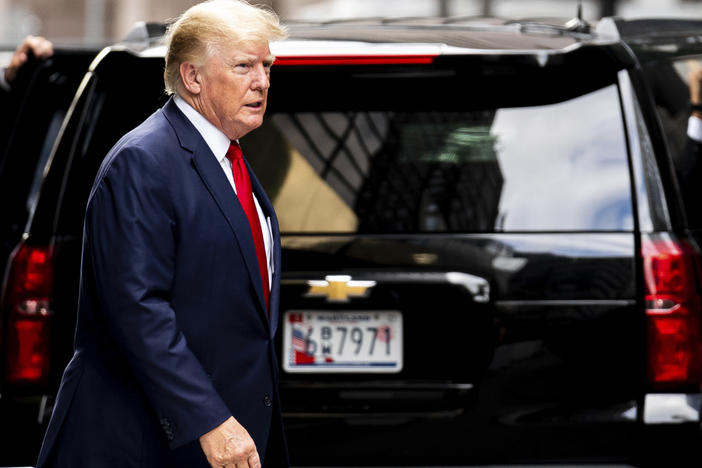 What is the Fifth Amendment, and how has it been used?

Former president Donald Trump said in a statement that he has had no option but to use the Fifth Amendment in the New York attorney general's investigation into his business practices.