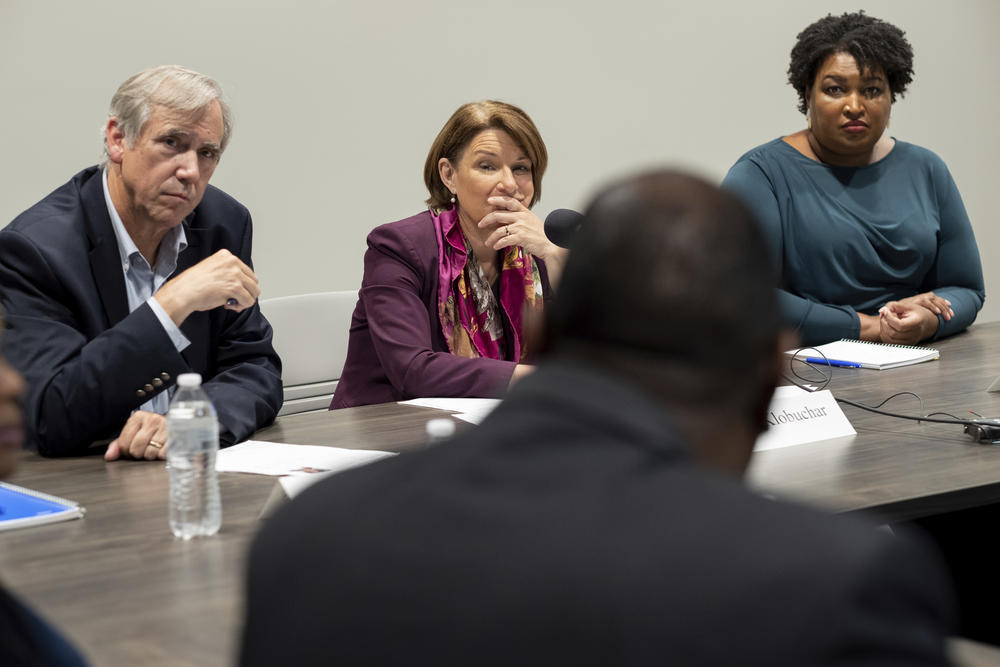 Minnesota Sen. Amy Klobuchar said Thursday that lawmakers attempting to negotiate a compromise elections overhaul bill are “very close to an agreement” on legislation, as Democrats struggle to respond to restrictive voting laws passed in Georgia and other Republican-led states.

Klobuchar, the chairwoman of the Senate Rules & Administration Committee, has been meeting with other Senate Democrats about revisions in the sweeping “For the People Act,” or S. 1, including West Virginia Democratic Sen. Joe Manchin III. Manchin last month wrote a memo including his policy demands for the legislation.

“We’re very close to an agreement on that bill,” Klobuchar said. “We cannot let this moment pass, there are people trying to take away people’s right to vote. We can’t let that happen.”

The Washington Post reported that the legislation is expected to follow Manchin’s outline and also bolster the Voting Rights Act of 1965.

While the House passed the election overhaul bill, Republicans blocked it in the Senate. Another sticking point for Senate Democrats was Manchin, who took issue with the bill.

"We have been organizing and rising up for years, but we cannot be made responsible for saving our democracy, time and time again."

Voting rights legislation still would face a hurdle in the Senate because it would need the votes of 10 Republicans in the evenly split Senate to advance to debate, under Senate rules. Civil rights activists earlier this week pressed Democratic Sen. Kyrsten Sinema of Arizona to support a change in rules governing the Senate filibuster so that measures like the voting rights bill would need just a simple majority to advance.

Klobuchar earlier this month held a field hearing in Georgia on voting rights.

State representatives in Michigan, Ohio and Georgia during the panel stressed the need for Congress to  also rein in gerrymandering by establishing independent commissions to draw congressional districts.

But Congress’ window for passing the “For the People Act” before states start their process for redistricting is closing, as U.S. census data is expected in mid-August.

Klobuchar pointed out that since the census data is coming out in mid-August, some states will start immediately working on redistricting. “That is in the bill that we are negotiating with Sen. Manchin,” she said, referring to independent commissions.

Michigan state Sen. Erika Geiss said that in 2018 the state gave an independent redistricting commission the power to draw congressional lines “so we have the opportunity as a state to no longer have gerrymandered districts.”

Since Joe Biden won the 2020 presidential election, President Donald Trump has perpetuated the falsehood that the election was stolen from him, and that lie has sparked hundreds of bills introduced by state Republican legislators to pass voter I.D. law requirements and eliminate ballot drop boxes.

As of May, state Republican lawmakers have introduced 389 bills with restrictive voting provisions across 48 states, according to the Brennan Center for Justice.

“These attacks are part of a nationwide effort to push baseless conspiracy theories and the big lie,” she said. “And they threaten the very foundation of our democracy to protect a delusional man who refuses to accept the results of an election.

She said in Ohio, House Bill 294 would limit drop boxes and limit the time voters have to request mail-in ballots. She said it does not address legitimate voting concerns such as long voter lines that can last hours.

“At the state level we are being pounded by these bills and that’s why Congress needs to pass the ‘For the People Act’ to ensure that our democracy works for all of us,” Strong Sykes said.

The Atlanta Democrat was a fixture at protests at the Georgia Capitol as Republican pushed through the Senate bill that overhauled Georgia’s elections. She was arrested outside Gov. Brian Kemp’s office in late March as he signed the new election rules into law behind closed doors.

Cannon said that in Fulton County, Georgia’s largest with more than 1 million people, the secretary of state reduced drop boxes from 38 to eight, and the numbers of drop boxes are continuing to be slashed in other counties.

“Georgia voters are not tired,” she said. “We have been organizing and rising up for years, but we cannot be made responsible for saving our democracy, time and time again. It may be possible to out organize some of the voter suppression, but it is labor and it is an undue burden on already disenfranchised people.”

“We need our congressional leaders to instate national protections to the ballot box, so that we can exercise our right and our freedom to vote” she added. 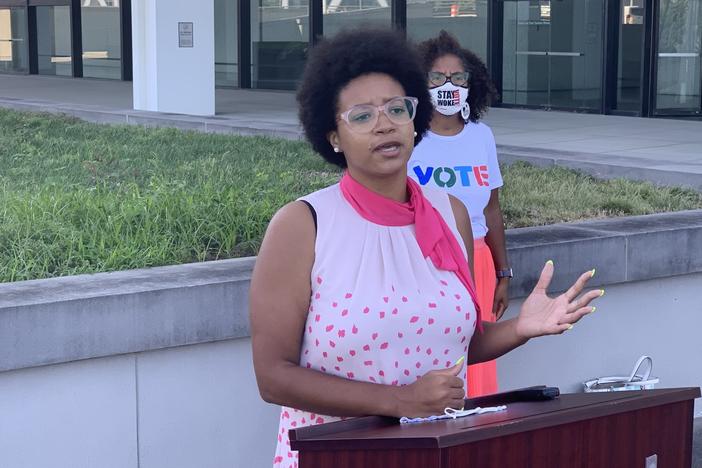 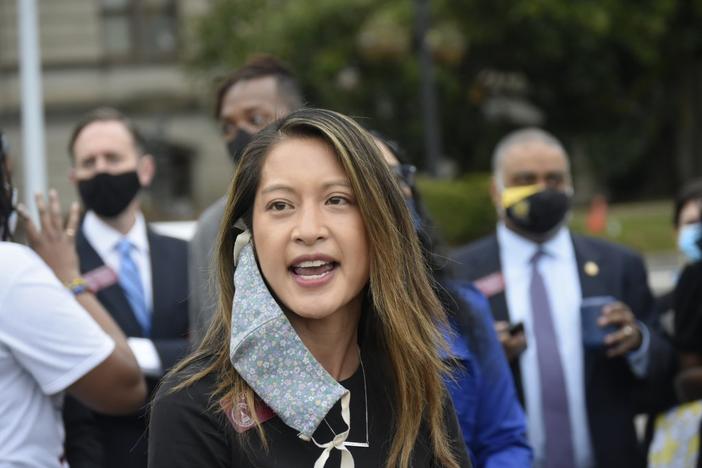 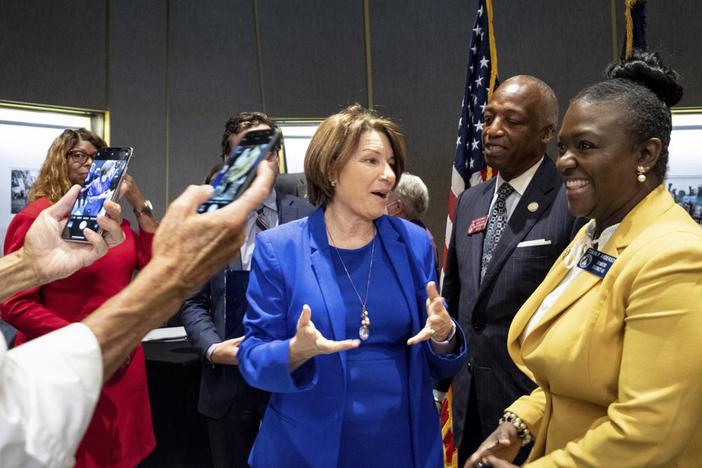