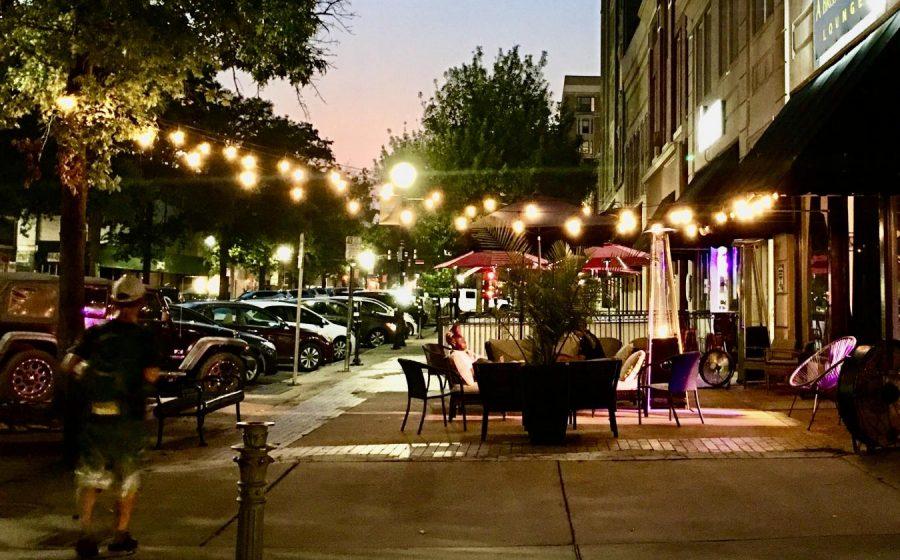 Two nights before violence sent Darrin Ford to the floor of his downtown lounge again, he was discussing crime with colleagues crying out for more law enforcement.

“Something absolutely has to be done because it’s not an ‘if,’ it’s a ‘when’ something else is going to happen at that location,” Ford prophetically said about the Thirsty Turtle up the street.

Early Saturday July 24, when a fight poured out of the Cherry Street nightclub, Ford gave refuge at A Brooke Haven Lounge to those fleeing the sidewalks.

A barrage of bullets followed and ended with a man dead in Ford’s stairwell at the corner of Cherry Street and Martin Luther King Blvd. Another man died at the hospital and two others were wounded.

Last November, another shooting involving the same neighboring nightclub killed a woman and wounded seven others, including two men who were stabbed.

“Like clockwork every Friday or Saturday and sometimes even Thursday if they’re open, something happens at this place,” Ford said recently at the second gathering of the new downtown ‘Life at Night’ committee. “Literally two Saturdays in a row I had to get my patrons off the sidewalk enjoying themselves because of incidents that happened two doors down from me.”

But it was two fatal shootings on Poplar Street in December of 2018 that were fresh in the minds of local leaders as they attended the Responsible Hospitality Institute’s Sociable City Summit in Philadelphia the following February.

That led to the Knight Foundation funding the institute’s study of Macon’s nightlife to develop strategies to enhance and protect it.

The reality or even perception of high-crime and safety risks could kill all the momentum businesses have in the resurgence of downtown.

Newtown Macon’s vice president for development Erin Keller said she was sickened by the most recent “awful” and “unfortunate tragedy” that resulted in the Thirsty Turtle losing its alcohol license again — likely permanently this time.

Through the Business Improvement District where property owners pay higher taxes for enhanced services, Keller has hired ambassadors who can serve as escorts on Thursday, Friday and Saturday nights. 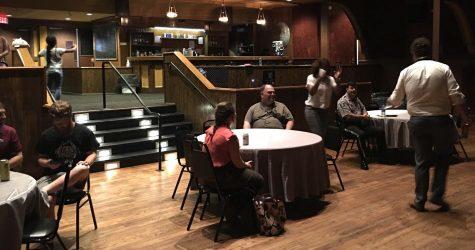 “Part of the reason why this particular community organization exists… is the daytime safety and even the dinner time safety in downtown Macon is a completely different thing from the midnight to 4 [a.m.] downtown safety,” Morrison said as the committee met with Capt. Michael Bittick of the Bibb County Sheriff’s Office.

Bittick, a 25-year-veteran of the department, received command over east Macon and downtown about four months ago.

“One of the things I quickly realized at first when I came down here was how short-staffed we are at the sheriff’s office,” Bittick told them. 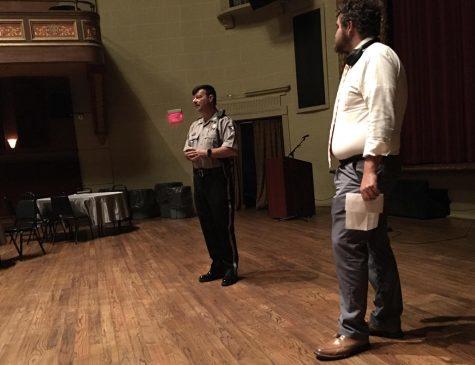 Bibb County Sheriff’s Capt. Michael Bittick tells the Life at Night committee that a lack of deputies leaves downtown vulnerable. He plans to “move the chess pieces” to try to provide better coverage at night.

The number of law enforcement officers is down 60 to 70% from before consolidation, Bittick said.

Keller tried to use BID dollars to hire off-duty deputies to patrol in the early morning hours, but couldn’t find anyone willing to take the job.

“Deputies are not working those jobs like they have, like they used to, because they’re so burned out working overtime,” Bittick said. “Put yourself in their situation. You’re dealing with this all the time and do you really want to go work a club where there are fights all the time?”

Bittick doubted whether Sheriff David Davis would allow his officers to moonlight at the Thirsty Turtle because of the type of violence that shut them down.

Bittick’s available two deputies and a lieutenant amount to a significant reduction in coverage for downtown compared to the days of the Macon Police Department horse and bike patrols. Some nights there is no deputy designated to cover downtown. Officers have to come from south Bibb if there’s any trouble.

On the day of the meeting, Bittick said emergency dispatchers had 50 calls holding which diverted the deputies working downtown to other parts of the county.

“We have really good officers who want to provide the same level of service that we did when we were fully staffed, but that’s not the world we’re living in right now,” Bittick said.

While working the crime suppression unit on the former police force, Bittick would park his patrol car downtown while he completed paperwork.

He would like to be able to do the same now with the violent crimes unit that focuses on crime hot spots across the community. Compared to those high-crime neighborhoods, downtown is relatively safe.

Before last weekend’s shooting, there had only been one stolen car and two entering autos reported for the month, Bittick said.

But according to the RHI study, during peak times the population in downtown is about 7,000 people. Other special events in the community drawing that many people typically would have increased security details.

“It requires a police car, ‘Woop woop. It’s time to get to your car. It’s time to move on,’ because there are young people that are just sitting on the sidewalk not ready to go home,” Watkins said. “Everything they can pay for downtown has ended at that point, but no one is putting pressure on them to get back in their car and move it along.”

Ford agreed that it would really help to know that a police officer would be coming through.

“It’s just amazing how their presence, when police pull up, people start dissipating,” he said.

Because Bittick shifted his deputies to the night shift, he now gets complaints that businesses don’t see officers in the daytime. 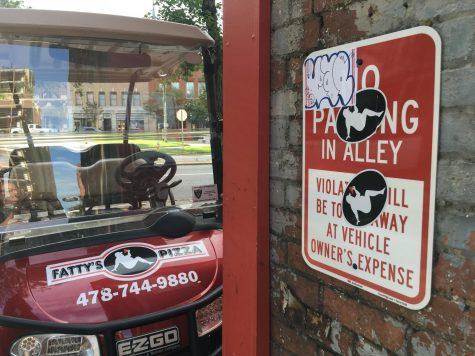 A spirit of lawlessness exists when it comes to employees blocking alleys, business owners said.  Someone even brazenly posted “Fatty’s Pizza” stickers over the “No Parking” signs in Mulberry Street Lane.

“Most days there’s an issue and you can’t get through the alley,” said Downtown Grill owner Richie Jones. “An ambulance had to come in the wrong way last week.”

While the sheriff’s office no longer polices metered parking, which is overseen by a private company hired by the Urban Development Authority, deputies can write tickets for those blocking alleys.

Bittick pledged to better inform his officers about county ordinances pertaining to downtown to address the blocked alleys and other infractions.

Moderator Morrison pointed out these public safety issues have been ongoing for years and many of the excuses come down to manpower. 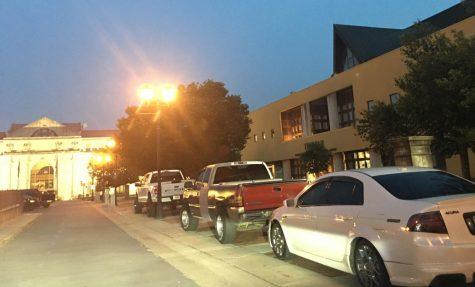 Vehicles were parked illegally on the sidewalk Thursday night on Cherry Street in Downtown Macon.

“You hear that enough and it starts to sound like we’re not actively working to solve this issue,” Morrison said.

The public perception becomes that downtown “has been abandoned and that the unsafety is bred in that environment,” he said.

Morrison also mentioned that sometimes businesses do not know that it is illegal to cook on the sidewalk or park a food truck downtown.

Workers would be made aware of parking and other regulations as well as tips to best handle those living on the streets.

The Life at Night Committee is a step toward better communication of issues to foster stronger relationships with the sheriff’s office.

“We’re all in charge of community policing,” Keller said. “It’s gonna probably be what we have to rely on heavily.”

The committee is exploring creating an internal alert system to warn businesses when trouble is brewing.

Watkins invited those business owners and promoters to explore solutions together Monday at 5 p.m. at Niche Bar and Lounge at 385 Second St.

Bittick encourages downtown business owners to stay in touch and continually inform him of their concerns.

“We didn’t get into this situation overnight,” Bittick said. “That manpower part is not going to be fixed in the next couple of years, so I need to look at what can we do with what we currently have to try to fix these issues.”

An earlier posting of this story contained an incorrect date, "Early Saturday Sept. 24, when a fight poured out of the Cherry Street nightclub, Ford gave refuge at A Brooke Haven Lounge to those fleeing the sidewalks." The correct date is July 24 (of this year). 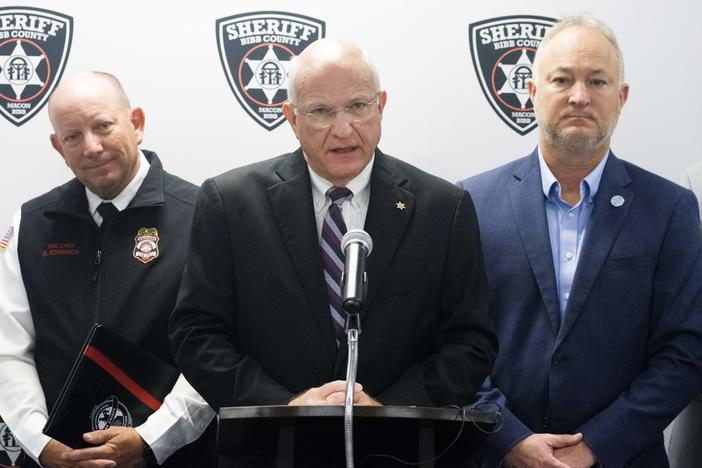 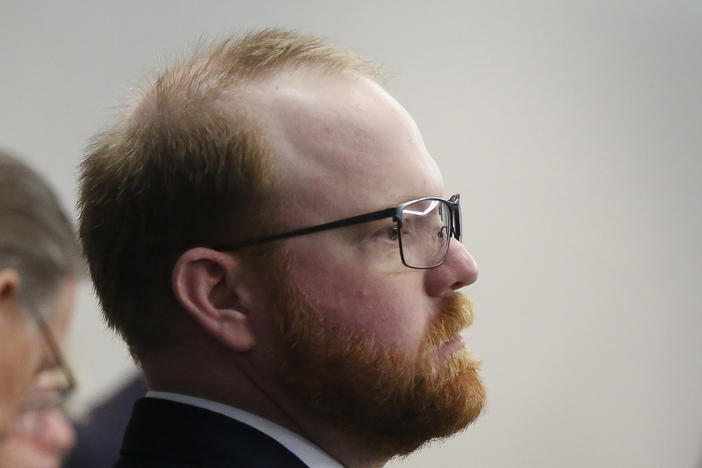 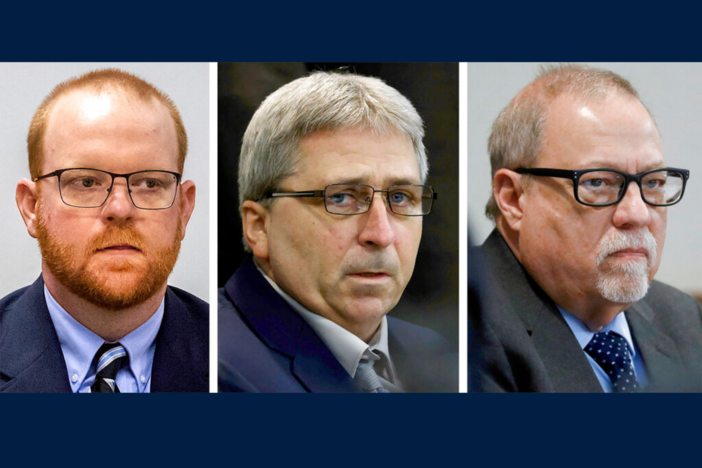 Attorneys in the upcoming federal hate crimes trial of the white men who chased and killed Ahmaud Arbery want the jury pool to come from an expansive area of Georgia. A joint legal filing by prosecutors and defense attorneys asks a federal judge to seek the jury from the 43 counties that make up the federal court system's Southern District of Georgia.