NPR's Michel Martin speaks with the Illinois Democrat about the Support Through Loss Act, which would require employers to offer three days of paid leave to workers who've experienced pregnancy loss.

We've been focusing this hour on some of the major public health crises facing the country. Now we want to turn our attention to an issue that many people have dealt with. We're talking about miscarriage. And while it's not a public health crisis, per se, pregnancy loss can be an emotional and traumatic event for the people who experience it every year. But for some reason, the experience is still shrouded in secrecy and shame. Recently, some high-profile celebrities like Meghan Markle and Chrissy Teigen have spoken about their experiences. And now, two lawmakers are trying to address that stigma and lack of knowledge.

Earlier this week, Congresswoman Ayanna Pressley of Massachusetts and Senator Tammy Duckworth of Illinois introduced the Support Through Loss Act. Its goal is to provide paid leave for families who are dealing with the effects of a miscarriage. We wanted to learn more about the bill, so we've called Senator Tammy Duckworth. She is a Democrat from Illinois, a retired Army helicopter pilot and the first senator to give birth while in office. And she is with us now. Welcome back, Senator Duckworth. Thanks so much for talking with us.

TAMMY DUCKWORTH: It's good to be on. Thank you for covering this.

MARTIN: Senator, what inspired this bill? I understand from just reading your memoir, of course, and speaking with you about it earlier, this issue is both political and personal.

DUCKWORTH: Yes. So it is personal because I did go through many failed IVF cycles, as well as a miscarriage. And going through that experience with me was a very senior staff member on my team. And I have this program in my office called The Passion Project, where I tell my staff, what's the point of working in a Senate office if you don't follow something that's your passion? Do something good for something you care about. This was an issue that she cared deeply about. So even though she was not on the legislative team, she said, can we do something on this? And I said, yeah, heck yeah, let's do it. So that's how this bill came about, was with a staff member encouraging me and us working together. And we came up with this bill, and Congresswoman Pressley jumped right on board. She understood it very, very personally as well.

DUCKWORTH: Well, I mean, some of it was just talking about how women get such mixed messages when they are undergoing either a miscarriage or failed IVF cycle. You're told to keep it very personal, and yet you're not given the time to deal with it personally because you've got to go right back to work. And by the way, included in this bill is not just pregnancy loss or failed IVF cycles, but also failed adoption or failed surrogacy or a medical diagnosis or event that impacts pregnancy, infertility. And it's not just for women, it's for any worker, because we wanted to, you know, be very clear that loss is loss, and people deserve the time to deal with that loss.

MARTIN: You know, it's - pregnancy loss is just - dealing with that for women - is actually fairly common. According to the Centers for Disease Control and Prevention, the CDC, roughly 24,000 stillbirths are recorded in the U.S. every year. So this is not rare, and yet it still seems to be something that is not discussed. And I wonder why you think that is.

DUCKWORTH: Well, I think it's the nature of loss, right? People don't always want to hear. They want to hear and congratulate you when you have the good news that you're pregnant and you're expecting and people want to make that a joyous occasion. But, you know, people are less willing to deal with loss. And frankly, we all get mixed messages. This is one of those things that still - there's still a stigma attached to it. And, yes, even though pregnancy loss, miscarriage is fairly common, you know, as a woman, I was getting mixed messages. On the one hand, I was on the phone with a girlfriend crying, grieving about the loss of my, you know, of my pregnancy. On the other hand, I had my whole office saying, OK, once you're done at the doctor's office, you got to go back to work because there's votes and there's a campaign trail.

And then I have my doctor who was saying, oh, this is perfectly normal. You'll be fine. We just do the DNC in, like, three days, and you'll be right back on IVF, you know, process. And women go through this all the time. But my heart was broken. I was grieving. And I was getting all of these mixed messages - on the one hand, go back and - on the campaign trail - but don't talk about it. On the other hand, my doctor was saying this is perfectly normal.

MARTIN: The bill is very new, so I don't know that you've gotten any response or feedback on it yet. But I can imagine that there are those who might say that this is an issue best left to employers, that this is an issue that should be negotiated, you know, office by office, or that this is unwieldy. Like, how would one know to sort of activate this benefit? You know, it just sort of opens up this kind of sticky wicket around, you know, privacy and how such things could be - should be or could be discussed in the workplace. Like, what do you say to that?

DUCKWORTH: Well, there's a component of this already in the family leave policy, but it's not very clear. And it doesn't cover assisted reproductive technology. It doesn't cover failed surrogacy. It doesn't cover the medical diagnosis that impacts fertility or pregnancy. It's not a mandatory, you know, three days. And so what I say is this is just further clarification of policy that already exists under the family leave policy. And frankly, this is the right thing to do. And I think that people will find that this is far more common and much more welcomed by American families all across this country when they learn about this, you know, having this benefit out there.

MARTIN: Is it in part your goal that it will make it easier just to talk about, that it will remove the stigma, the sense that you've done something wrong or that this is something to be hidden? Like, for example, if one has a death in the family of a person, like a sibling, a parent, generally, people don't feel a need to not discuss it. They will say, I've had a death in the family, and I need some time. Is in part your hope that it will be easier to talk about?

DUCKWORTH: Well, I do hope that it becomes easier to talk about. And by the way, the three days of paid leave is only one-third of this bill. The other two parts of the bill are to invest $45 million annually into the National Institutes of Health for federal research into miscarriage and pregnancy loss. And a final part of the bill is to have the U.S. Department of Health and Human Services, including the Centers for Disease Control and Prevention, develop and disseminate public information regarding pregnancy loss so that that information becomes much more widely available to them through the American public. And, you know, that information needs to include incidence and prevalence of pregnancy loss, range of treatment, options for pregnancy, loss of recurrent pregnancy loss.

So the bill does provide the three days of paid leave, but it also has two other very important component that have to do with getting accurate information out there to the American people about pregnancy loss. And I do hope people speak more openly about it. But I think that's the decision of the person and of the family. And if they want to take three days to quietly grieve and process, then they should be allowed to do that.

MARTIN: That is U.S. Senator Tammy Duckworth, Democrat from Illinois. And I do want to mention that her story does have a happy ending. As we mentioned, the first sitting senator to give birth while in office. And now she has two lovely daughters.

DUCKWORTH: Such a pleasure to be on. Thank you for covering this very important topic. Transcript provided by NPR, Copyright NPR. 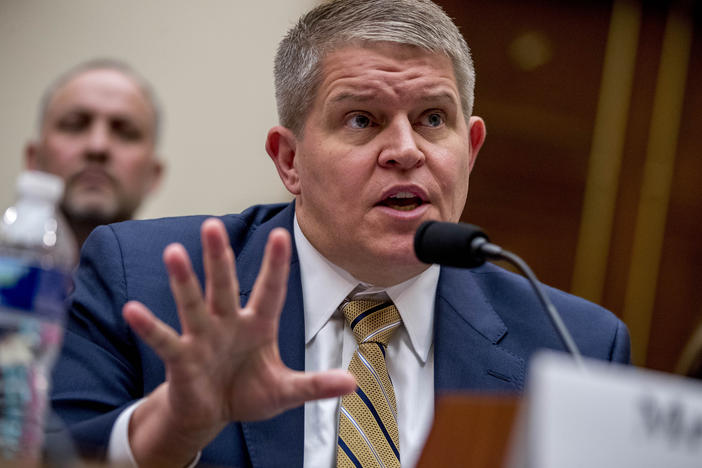 The White House has pulled David Chipman's nomination to lead the Bureau of Alcohol, Tobacco, Firearms and Explosives, dealing a blow to the president's effort to address gun violence. 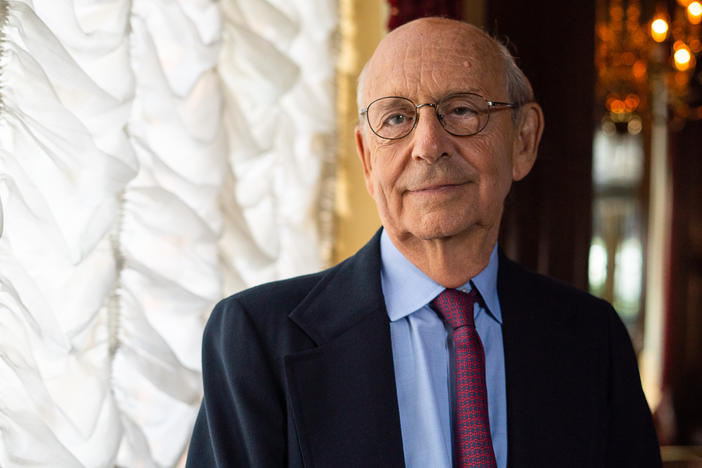 But the justice was philosophical about the outcome: "I wrote a dissent — and that's the way it works," he said. The decision was part of what court watchers call the "shadow docket." 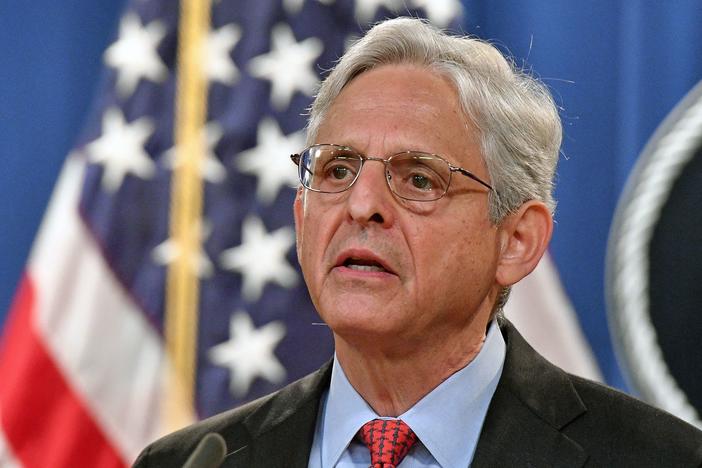 Attorney General Merrick Garland said the Texas law clashes with Supreme Court precedent and could be a model for how states could put other constitutional rights in jeopardy.