In Georgia, students are showing up to public redistricting meetings and voicing their concerns about how politicians and mapmakers draw political lines in the future.

In this country, we're in the middle of a big public debate over voting rules. Republican-led state legislatures want to impose new restrictions while Democrats in Congress want changes of their own. But a second debate looms over what people can vote for. Congressional redistricting determines that for the next decade. Georgia Public Broadcasting's Stephen Fowler reports that young people want their say.

STEPHEN FOWLER, BYLINE: When Georgia lawmakers held their first virtual town halls seeking feedback for new district boundaries, several public commenters stood out. While longtime community members and groups advocating for fair maps talked about the past, these fresh-faced commenters, who were in elementary and middle school the last time lines were changed, were focused on their futures.

ALEX AMES: Community organizer and a student at Georgia Tech in Atlanta.

UNIDENTIFIED PERSON #4: I am a high school student currently passionate about Georgia politics.

FOWLER: One of them is Alex Ames, a freshman at Georgia Tech and head of the Georgia Youth Justice Coalition. Ames told lawmakers that many of the state's college and university students were disenfranchised by local boundaries that minimized the voting power of a growing demographic.

AMES: For Kennesaw to Athens, our schools are divided so that even though our state has the largest youth turnout in America last year, our votes are worth less.

FOWLER: Georgia Tech straddles two state House districts in midtown Atlanta. Live in one dorm at Berry College in northwest Georgia and you'll have a different representative than your friend across the street. And at the University of Georgia, students can walk through three different districts in between classes. Redistricting expert and UGA professor Charles Bullock says oftentimes when you see communities split like this, lawmakers view them as filler.

CHARLES BULLOCK: ...Used to bring up populations in districts to meet the equal population standard, but not concentrated, which might allow for the youth vote to actually determine the winner within a single district.

FOWLER: One of the most egregious examples could be found in North Carolina in 2016, where Republicans split the country's largest historically Black college, North Carolina A&T, in two, leaving a majority minority community represented by two GOP congressmen. Bullock also says these cracked districts come about when there's not a strong voice to advocate for them. In Georgia and around the country, a surge in younger turnout had a tangible impact on 2020, especially in flipping control of the U.S. Senate.

CHRISTIAN DENT: We're changing the political landscape, and I think we deserve to be heard.

FOWLER: So that's why Christian Dent, a rising high school senior south of Atlanta, traveled nearly two hours to a hearing this week to share his perspective.

DENT: So with the Georgia Senate runoffs, we powered those elections. But without people that represent us and without a voice, that's drowned out by communities that aren't of interest to us. Because of gerrymandering, we don't have the power to do it.

FOWLER: Alex Ames, the Georgia Tech student, says young voters aren't asking for a pat on the head for participating in the process or even for special treatment once the lines are drawn.

DENT: We're asking for small-D democratic treatment, which is that every vote and every person's voice should matter equally, even if they do live in, you know, a bubble that your party thinks is unfavorable to be giving a voice to.

FOWLER: It's unclear how much impact the pressure from young activists will have, especially in a state that has added a million residents over the last decade and become one of the fiercest political battlegrounds. 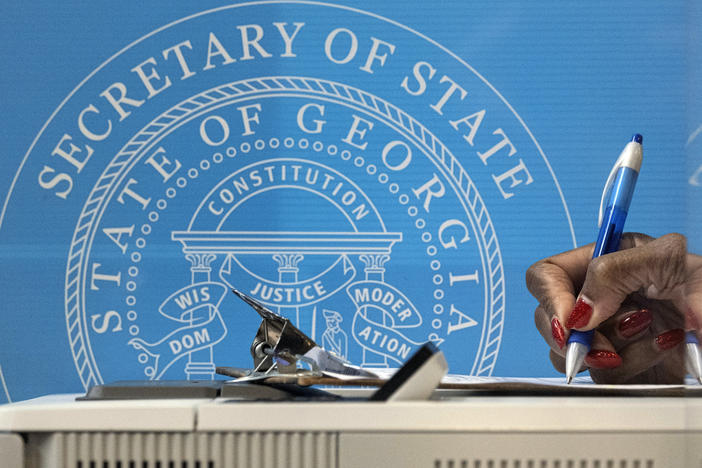 He allegedly wrote a graphic Craigslist post about killing three officials and harming law enforcement families. The case is the first brought by the Justice Department's election threats task force. 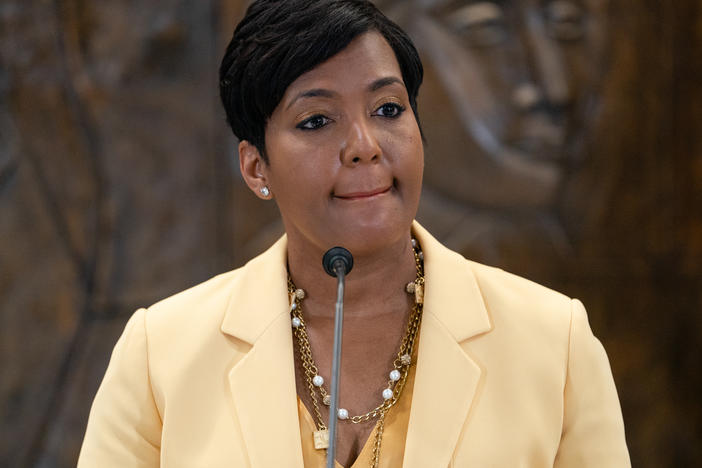 Atlanta Mayor Cites Triumphs, Disappointments In Decision Not To Run For Reelection

In a news conference Friday, Keisha Lance Bottoms elaborated on her decision not to run, citing the challenges of the pandemic, the racial justice protests and a major cyberattack.