Growing alarm about the Tokyo Games resulting in a surge of coronavirus cases has pushed Prime Minister Yoshihide Suga to announce a new round of emergency measures.

Organizers of the Olympics have announced that there will be no spectators at any of the games' venues in the capital, Tokyo. Overseas spectators were already barred from the games. The Olympics start on July 23. The decision comes hours after Tokyo announced its latest state of emergency. We're joined now by NPR's Anthony Kuhn on the latest. Hi, Anthony.

FADEL: So, Anthony, no spectators. Why have they been banned?

KUHN: Well, this decision was made in a meeting of Olympic organizers Thursday evening, Tokyo time. And among them was Olympic - International Olympic Committee chief, Thomas Bach, who just got into Tokyo Thursday. And he told the meeting that the IOC basically supports any measures to keep the games safe for participants and residents, and so that's how they wanted to portray the decision.

Now, the organizers, of course, did not want to ban spectators. The original plan was to have all the Olympic venues filled to half-capacity, up to a maximum of 10,000 people. And Tokyo would be under sort of loose restrictions, not a state of emergency, but it didn't work out that way. The country is now facing a fifth wave of infections. Experts have warned that if the games are to be held, this is the safest way to do it, and many residents agree with them. And just before this decision was announced, Prime Minister Yoshihide Suga announced that another state of emergency will be in effect throughout the games in Tokyo.

It's important to say that these are not draconian measures. Japan is, you know, basically asking bars and restaurants not to serve alcohol, asking workers not to work from home. It's Japan's third state of emergency, and none of them have been lockdowns of the sort we've seen in other countries.

FADEL: Are there any exceptions to this ban?

KUHN: Possibly. There are events that are being held around the country outside Tokyo, areas which do not have high COVID case numbers, and they could have spectators. There are going to be plenty of VIPs - foreign dignitaries, IOC members, corporate sponsors - and they could get exceptions. And Prime Minister Suga said that if the pandemic situation improves, the state of emergency could be lifted earlier, so the rules could change.

FADEL: What is the state of the pandemic in Japan right now and of vaccinations?

KUHN: Yeah, case numbers are pretty low by international standards, but they've been climbing steadily for about three weeks since the last state of emergency was lifted. Vaccinations in Japan got off to a very slow start. The government made a major push last month, and they hit their goal of a million doses administered per day, but they used up doses faster than they could import them. And now they're running out, and they've had to dial back the whole campaign.

And so far, they've got less than 15% of the population fully vaccinated. Most of those are elderly people and medical workers. And medical experts warn of explosive growth in case numbers if no emergency was declared, and that could even possibly overwhelm medical facilities while the games are in progress.

FADEL: So there must be concern that people coming in - athletes, other officials - might bring infections with them, right?

KUHN: Yeah, that's been a chief concern. It's been reported that several athletes - Ugandans and a Serbian - tested positive for COVID, one after he had passed through border controls. And there have also been unconfirmed reports of other athletes, some infected with Delta variant. But there's a lot of things we don't know about this, like whether those athletes have infected other people, local residents. 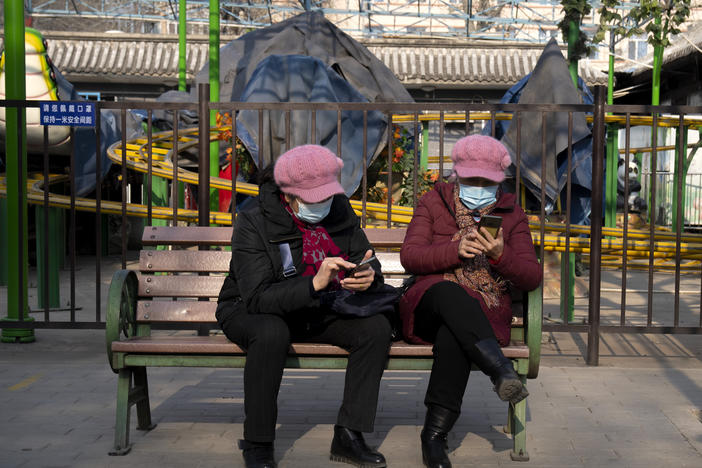 Residents of Xi'an, China, react to COVID lockdowns with outrage and humor

Lockdowns are so strict and so prolonged in the Chinese city that residents have taken to social media to complain and joke about a lack of basic supplies. 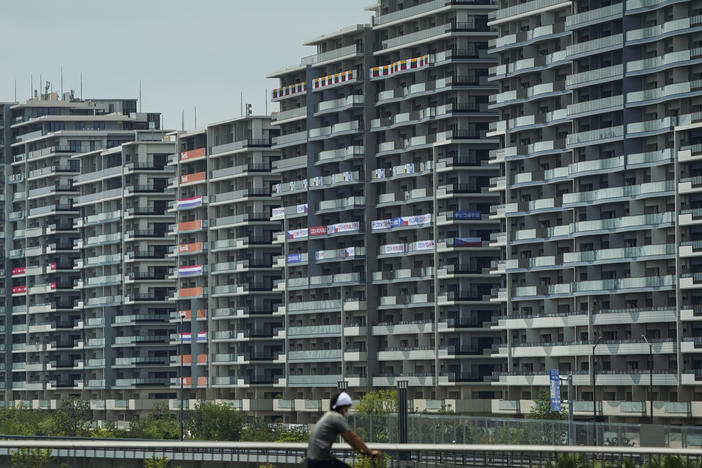 A Week Before The Opening Ceremony, Coronavirus Turns Up At Tokyo's Olympic Village

The latest infection highlights the challenge for Olympic organizers to keep the virus at bay as tens of thousands of athletes and other participants convene during an ongoing pandemic. 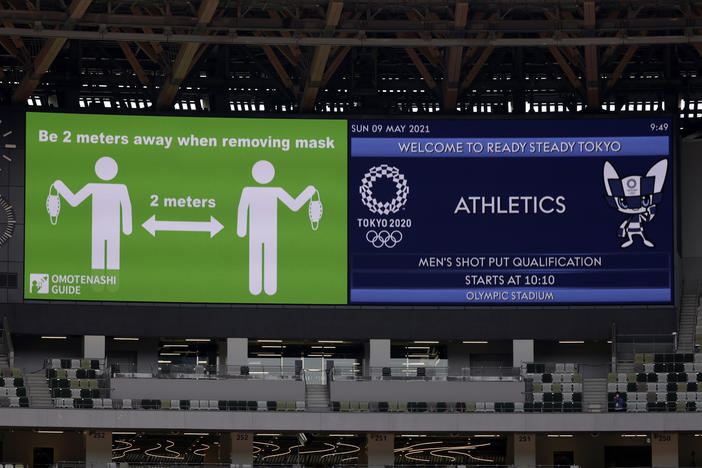 Anger at the government's insistence on pushing ahead with the games remains intense, but Japan's ramped-up vaccination campaign may be helping to ease some safety fears.