After Decades In The Background, Queer Characters Step To The Front In Kids' Media

For decades, children's cartoons have had queer-coded characters in the margins. Now, a new database shows that more animators are pushing for nuanced and overtly queer stories.

Children's TV is going through kind of a renaissance for LGBTQ representation. For decades, viewers extracted what they wanted to see out of the handful of queer-coded characters, but a new database shows that showrunners are pushing for overt queer characters and stories for kids to relate to. NPR's Victoria Whitley-Berry has more.

VICTORIA WHITLEY-BERRY, BYLINE: I want to play you a bit of a scene.

WHITLEY-BERRY: It's the kind of thing that happens in a lot of kids shows and movies. I mean, it's at the end of a ton of different Disney princess films.

CALLISON: (As Steven Universe) We are gathered here today to celebrate Ruby and Sapphire, two of my favorite people.

WHITLEY-BERRY: It's a wedding. And while that doesn't seem like that big of a deal, this is the first LGBTQ wedding on a kids animated show, a show called "Steven Universe." Ruby and Sapphire are two feminine-coded characters. I mean, technically, they're both rocks, so they don't really have a gender, but they both look feminine and use feminine pronouns. And because this is a fantasy show for kids, these characters use their love for each other to fuse together and make a whole new character.

CALLISON: (As Steven) I now pronounce you Garnet.

WHITLEY-BERRY: Getting this marriage on screen was a long-fought battle for "Steven Universe" creator Rebecca Sugar. Growing up, they always liked the so-called boy shows.

REBECCA SUGAR: And I have found little diary entries from my 5-year-old self guiltily admitting that I love "SWAT Kats" and I have no interest in shows for little girls. So that's when I sort of started to feel that something was maybe wrong with me.

WHITLEY-BERRY: But Sugar came to realize while working in animation that there wasn't actually anything wrong with them at all. And she wanted to create a show that her younger self didn't have, like a show where two women - OK, feminine-coded rocks - could get married and everyone could enjoy it.

SUGAR: The first thing I wanted to do was make it so that nobody felt that feeling of, oh, I'm not supposed to be watching this. You know, I wanted little boys to be able to experience girl show things. I wanted little girls to be able to experience boy show things that they felt like they weren't supposed to like. And later, I really understood, oh, I want, you know, nonbinary, gender-expansive kids to have a show.

WHITLEY-BERRY: Rebecca Sugar is just one of the many animators at the forefront of LGBTQ representation in children's programming. A new database from Insider found more than 250 queer characters in children's cartoons dating all the way back to 1983. For many years, most of these characters had to be hidden in subtext - nothing close to a gay wedding. But if you look at the data from 2010 through 2020, especially in the latter five years, representation of overtly queer characters skyrockets.

WHITLEY-BERRY: This is freelance journalist Abbey White, one of the reporters behind the database.

WHITE: If you can get it here, there is no excuse anywhere else in media for it not to be visible.

WHITLEY-BERRY: They say what makes shows in this decade so special is that queer characters aren't just being written as token representation anymore.

WHITE: We weren't just having queer characters in straight worlds. We were having queer cartoons. And that is drastically different from the way that characters have been sort of allowed to singularly exist.

WHITLEY-BERRY: Now, why does that matter? Well, when showrunners are given the space to write stories with queer narratives instead of tokenized tropes, that allows them to introduce kids to parts of queer life in ways that they can understand and maybe even relate to. Take the show "Craig Of The Creek" and how it handled pronouns. In this scene, Craig is bringing his little sister to day care, which is run by another kid named Angel. Here's reporter Kalai Chik, who also worked on the database.

KALAI CHIK: Angel gives Craig, like, a form to fill out and says, you know, can you put your sister's name, pronouns? And it's introduced very casually.

(SOUNDBITE OF TV SHOW, "CRAIG OF THE CREEK")

ANGEL LORENZANA: (As Angel Jose) OK. So I'm going to need you to fill out these forms. I'll need your name, number, pronouns, any allergies...

CHIK: So this is talking to children in a way where these concepts are introduced very casually and very normally.

WHITLEY-BERRY: And with more young people identifying as LGBTQ+, it's important the media created for them better matches the reality they live in. Morgan McFarland lives near Atlanta, Ga., and she started watching "Steven Universe" with her 12-year-old, Tommy, and their siblings.

MORGAN MCFARLAND: I think we all want our kids to be able to see themselves in media because I think that the more prevalent that normalizing these identities in media becomes, the safer the world is for my kid. Even a family who does not have queer, trans, NB (ph) people in it can watch these shows and do watch these shows and feel a little bit more comfortable. So then when they meet my kid, somebody using a they/them pronoun, it's not their first time.

WHITLEY-BERRY: And for Tommy, why these stories matter is pretty simple.

WHITLEY-BERRY: And after decades of activism, queer creators are getting to show this reality more clearly. 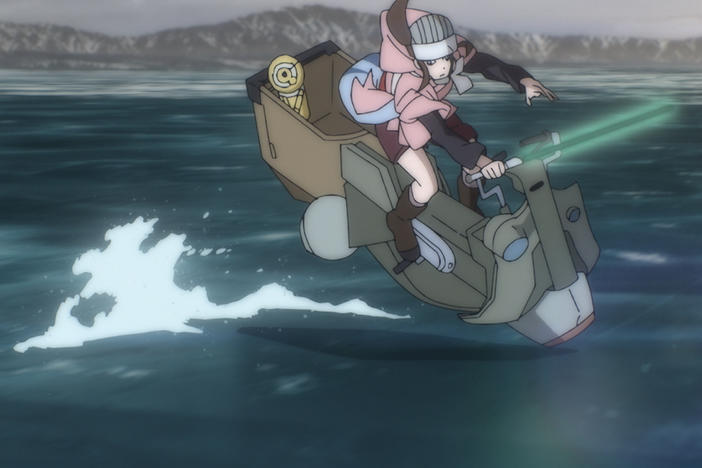 'Visions' Is The 'Star Wars' Anime You Were Waiting For

Lucasfilms has partnered with several Japanese anime studios for the new animated series Star Wars: Visions — but this isn't the first time Star Wars has drawn inspiration from Japanese entertainment. 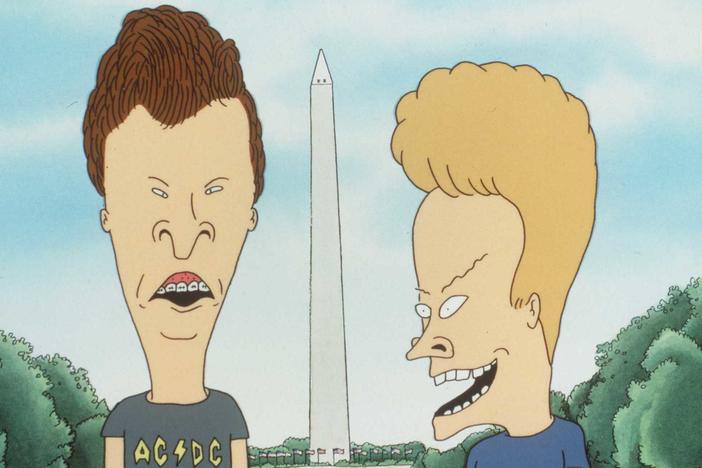 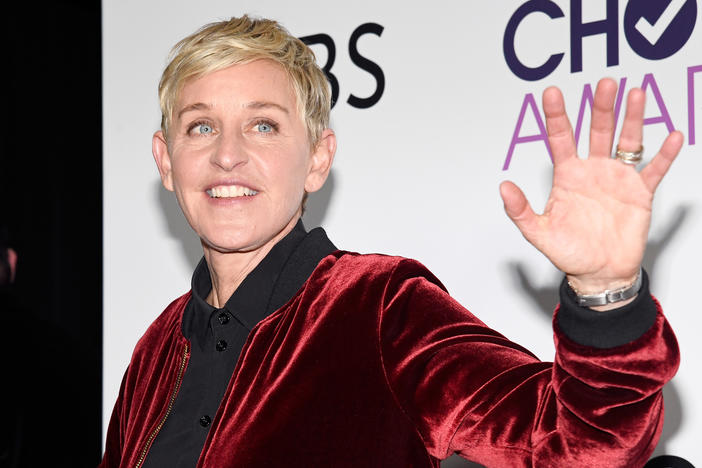 Ellen DeGeneres Will End Her Daytime Talk Show In 2022

The groundbreaking TV host announced her show would end after 19 seasons, citing a desire for new challenges. Ratings had dropped after allegations of a toxic work place surfaced in 2020.