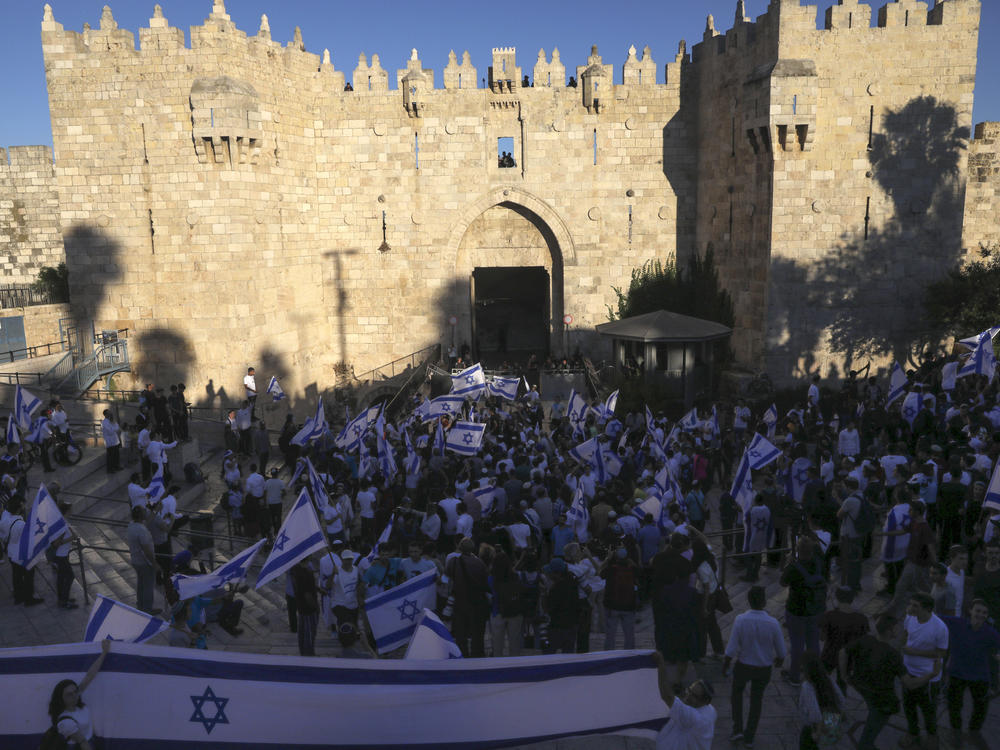 Jewish ultranationalists take part in a flag-waving march Tuesday next to the Damascus Gate, outside Jerusalem's Old City.

Overnight, tensions between Israel and Hamas erupted into violence, posing a potential threat to the brief period of peace reached between the two just weeks ago.

Israeli jets struck two targets early Wednesday in Gaza. In a tweet, which included a video of the attack, the Israel Defense Forces said its "fighter jets struck Hamas military compounds last night, which were used as meeting sites for Hamas terror operatives. Hamas will bear the consequences for its actions."

The IDF said it's "prepared for any scenario, including a resumption of hostilities, in the face of continuing terror activities from the Gaza Strip."

It's unclear if there were any injuries or deaths tied to the airstrikes.

The IDF launched this attack evidently in retaliation for a series of incendiary balloons launched by Hamas hours earlier. The balloons caused at least 20 fires on Israel's southern border.

Those balloons were in response to a flag march in Jerusalem earlier Tuesday during which Israeli nationalists marched through Palestinian neighborhoods of Jerusalem waving flags, with some yelling, "Death to Arabs."

Palestinian leaders, who saw the march as a provocation, called for a "Day of Rage." Israeli police responded to Palestinian demonstrators by attempting to disperse them with rubber bullets.

The tit for tat throughout Tuesday upended the brief cease-fire reached May 21 after an 11-day war between Israel and Hamas.

How did this start?

The Jerusalem Day flag march, that appears to have ignited tensions on Tuesday, is an annual event that marks Israel's capture of East Jerusalem in the 1967 Six-Day War.

Israel's new right-wing prime minister, Naftali Bennett, is aligned with the marchers. He approved the twice-postponed event but altered the route to reduce confrontations with Palestinian residents of Jerusalem.

The event still led to 17 arrests and 27 injuries of Palestinians after clashes with Israeli police. 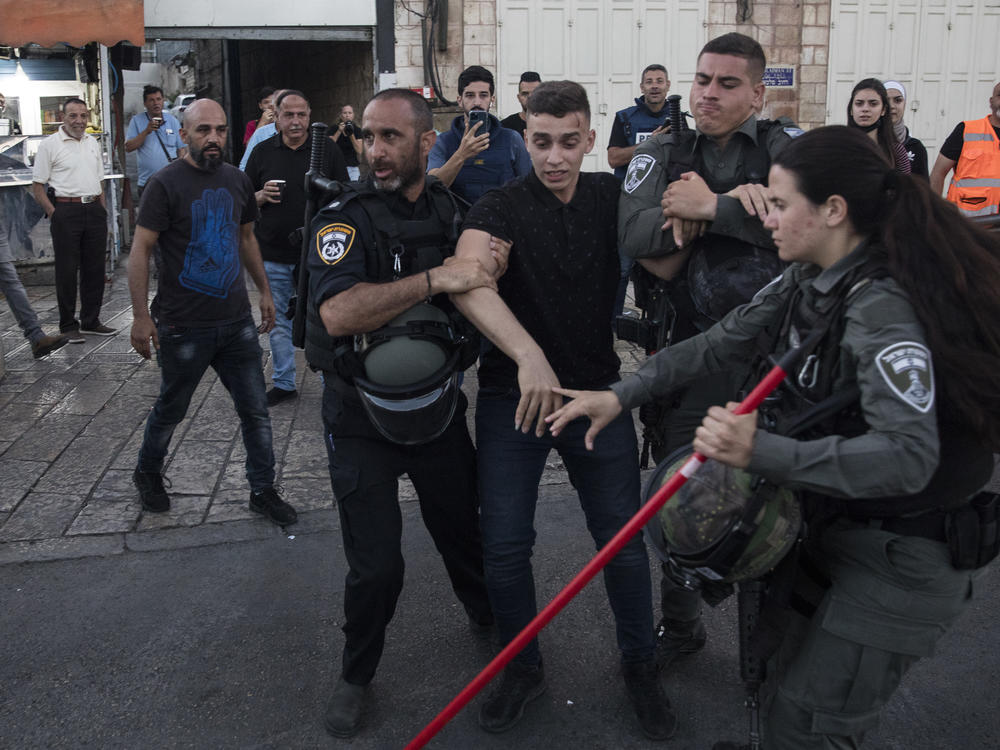 Police officers clash with a Palestinian man as they force Palestinians out of the Damascus Gate area before the far-right flag march Tuesday in Jerusalem.

What does this mean for Bennett's new government?

Israel is in the middle of a major transition. The events of the past 24 hours comes just three days into the nation's new government.

Bennett was sworn in on Sunday after his diverse coalition unseated longtime Israeli leader Benjamin Netanyahu.

Feelings within the coalition toward the flag march are split.

While Bennett supported the march, Yair Lapid, the new foreign minister, condemned the event. Lapid said chants of "Death to Arabs" is "not Judaism and not Israeli."

Bennett and his new government, which is under pressure from the right to be tough on Hamas, must now navigate increasingly tense relations with the Palestinian organization just days into their new roles. 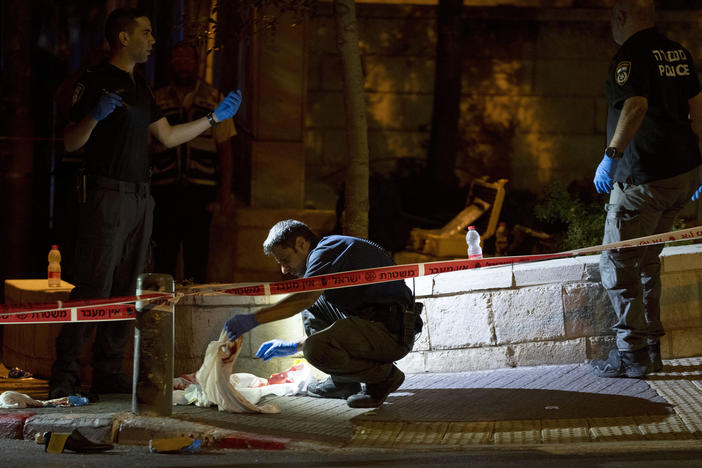 A Palestinian gunman opened fire at a bus near Jerusalem's Old City early Sunday, wounding eight Israelis in an attack that came a week after violence flared up between Israel and militants in Gaza. 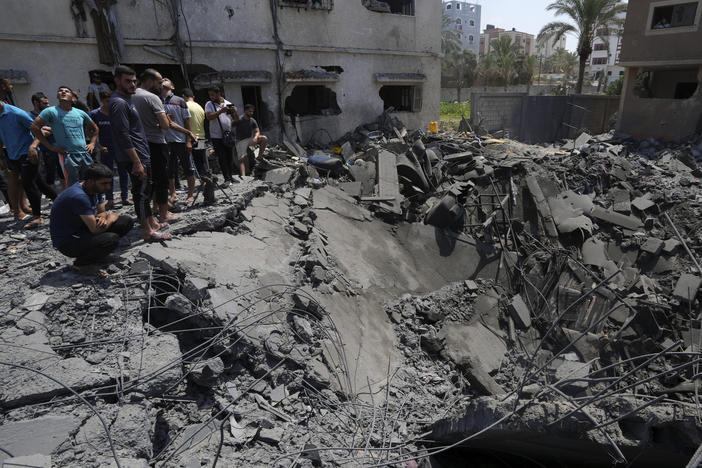 Israeli airstrikes flattened homes in Gaza and rocket barrages into southern Israel persisted, raising fears of an escalation in a conflict that has killed at least 24 people in Gaza. 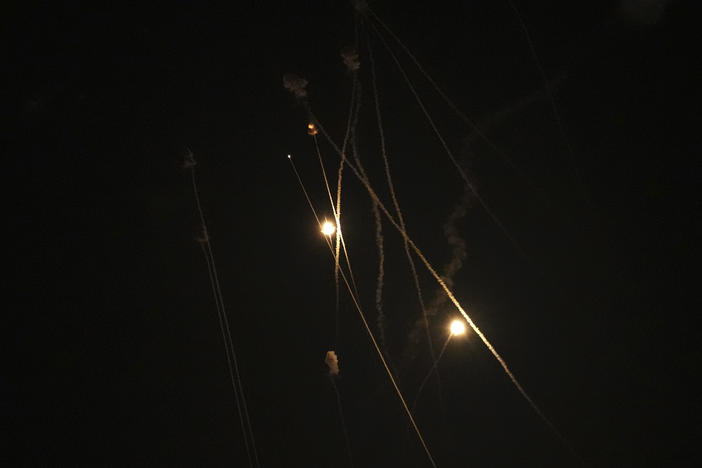