The report from the American Alliance of Museums sheds light on losses suffered during the pandemic; three-quarters of the country's museums reported an average of 40% slump in operating income.

The future of American museums seemed dire about a year ago. An association of museum directors predicted the pandemic might permanently close as many as a third of museums. But the same group has good news - well, at least better news - about museums now. NPR's Neda Ulaby has more.

NEDA ULABY, BYLINE: How stressful was 2020 for museum directors?

ULABY: That's Billy Ocasio of the National Museum of Puerto Rican Arts & Culture in Chicago. It's still standing strong after the pandemic wiped out dozens of small museums all over the country. Ocasio was afraid his might be among them.

OCASIO: We knew there was a risk of closing permanently.

ULABY: Ocasio lost about 33% of his annual operating budget, but he was lucky. He did not have to lay off a single member of his tiny staff of three, putting him way ahead of the average American museum that's lost almost 30% of its staff. That's according to a survey out today from the American Alliance of Museums, run by Laura Lott, who says many museums operate on the slimmest of margins.

LAURA LOTT: Museums have incurred hundreds of thousands of dollars of expenses to keep their places clean and safe, to upgrade their HVAC systems.

ULABY: All while losing income from school trips and events. On average, museums were shuttered for 28 weeks because of the pandemic and spent $300,000 on closing and reopening. In all, the average pandemic financial loss per museum was close to $700,000.

OCASIO: You know, when you have a small budget, it just gets very, very costly.

ULABY: Billy Ocasio says his museum had to cut programming pretty much completely. But like 90% of museum workers across the country, his staff decided to up their digital game.

ULABY: That's one of the museum's videos offering COVID-era escapism. But too many museums now still face significant risk of permanent closure, says Laura Lott. Fifteen percent say they may not survive the year.

LOTT: Museums have this air of permanence about them. They aren't invulnerable, and they need the public's support.

ULABY: Losing 15% of American museums, Lott says, translates to the loss of 5,000 museums across the country. 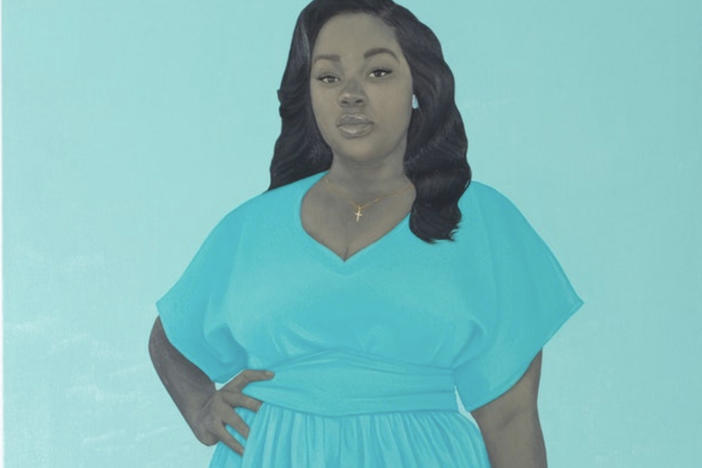 Just over a year after police officers shot and killed Taylor in her home, the Speed Art Museum has opened a show in her memory. "To see it all come together is just a blessing," says Taylor's mother. 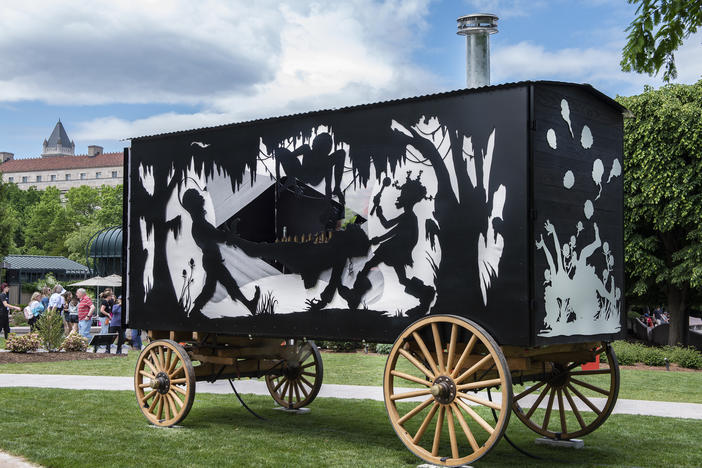 A slavery-era instrument is on the National Mall, singing 'songs of liberation'

An old-fashioned steam calliope designed by luminaries in the worlds of art and jazz is on display at the National Sculpture Garden.

The 1909 painting was just one of a treasured art collection inherited by Robert Lewenstein and his wife Irma Klein, But the pair were forced to sell it in October 1940 as they fled the Nazis.