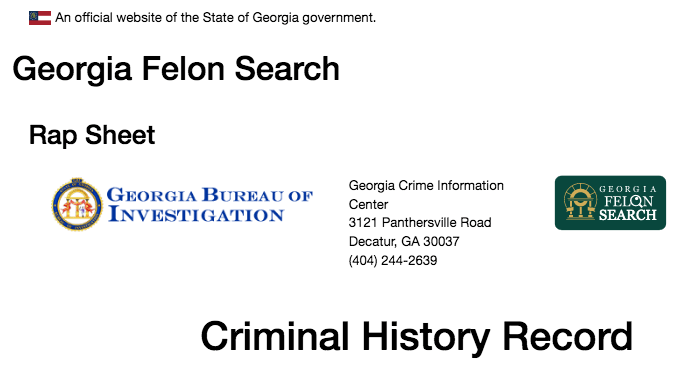 By Laura Corley, The Current

Last year, Samuel Harold Scott was excited to see how elections work up close and in person.

But inexplicably, his application to be a poll worker for the 2020 Presidential Election was rejected by the Chatham County Elections Office. When he called to find out why, they told him he was ineligible. “I literally had no idea what was happening,” Scott said. 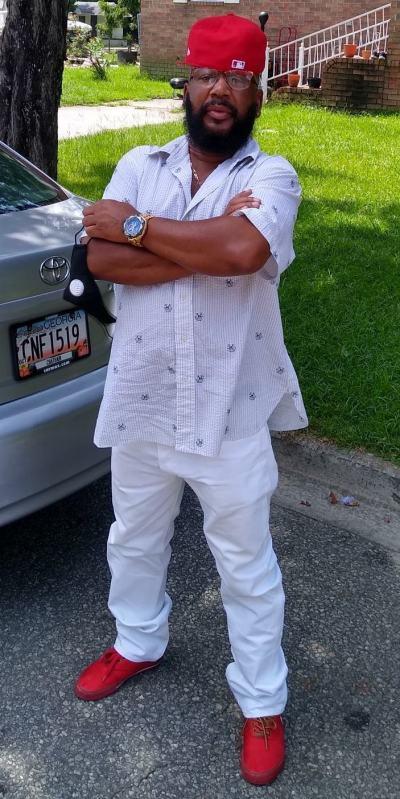 Caption
Samuel Scott settled a lawsuit with the Chatham County Board of Elections when he incorrectly was told he still had a rape conviction on his record.
Credit: Courtesy of Samuel Scott

An investigation by The Current last month discovered why: A decades-old clerical error meant that Scott failed the criminal background check necessary to be a poll watcher. The 65-year-old Savannah-born man had been wrongfully convicted of rape in 1986, but a key fax clearing his record was never sent  to the Georgia Crime Information Center, a statewide database maintained by the Georgia Bureau of Investigation.

The GCIC database is used to run background checks for a host of functions — from pre-employment screenings to police encounters. Reporting by The Current indicates that the system in place to manage and update the data masks deep flaws.

The scope of the problem of incorrect information in the GCIC system is impossible to measure, according to the GBI. Though GCIC tabulates updates made to criminal records in its database,  it does not parse out reasons why records were updated.

The GBI says it takes seriously its responsibility to keep accurate files, yet it concedes it has no way of knowing the scope of the problem of incorrect information GCIC because its role is limited to updating the system based on submissions — some of which still come by mail and fax — from courts in all of the state’s 159 counties.

Chatham Probate Judge Tom Bordeaux said he encounters such errors on a daily basis as the court does background checks for applicants wanting weapons carrying permits. 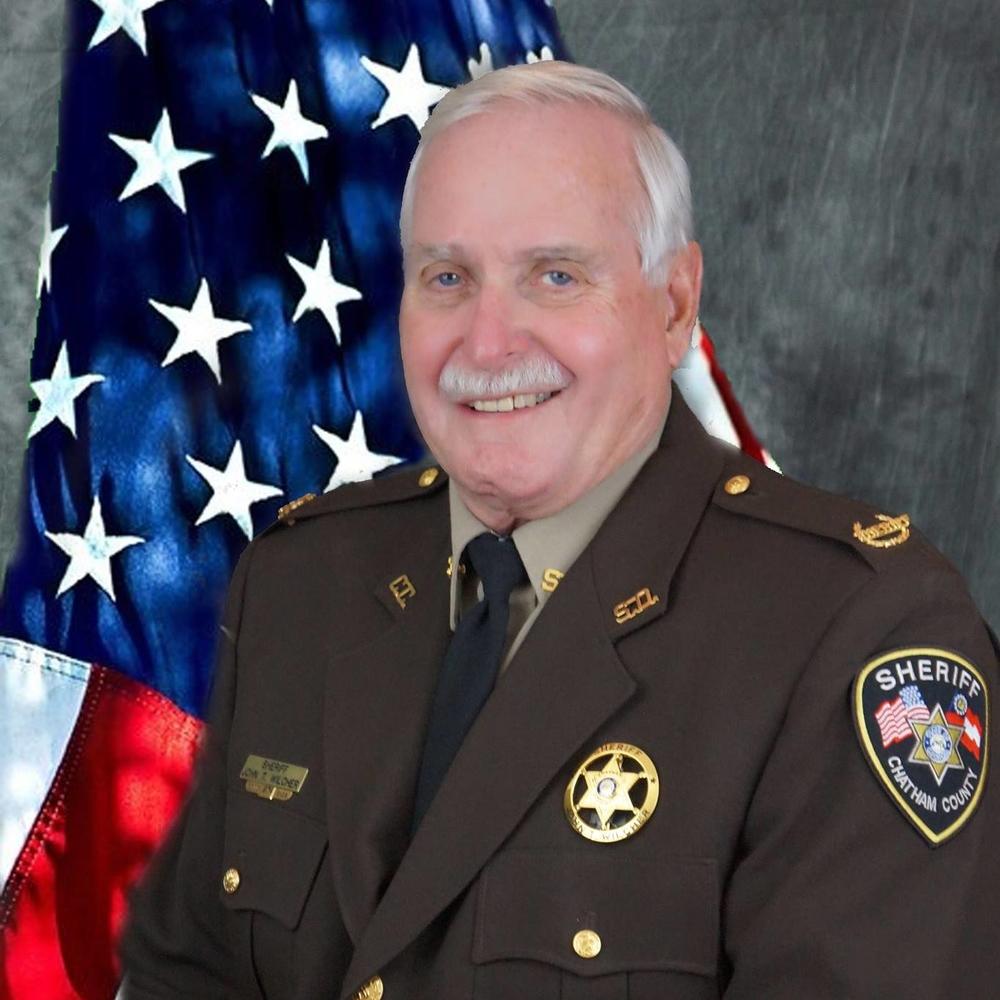 Often, it’s the case that someone was arrested when they were much younger, and only later in life do they realize they have a lingering fine or charges that have not been updated on their state records,  Bordeaux said. “It can have disastrous consequences, such as in Mr. Scott’s case, but it’s not uncommon at all.”

Mistakes even affected Chatham County Sheriff John Wilcher when he was gearing up to run for his current job in 2016.

A criminal charge from the late ‘60s reemerged despite being dismissed decades earlier. A warrant for his arrest in Chatham County was taken out after he failed to return “a breather,” an air filter component on the older cars, to the county, he said.

“They dismissed it once I (gave) the breather back, but it was still on there that there was an outstanding case against me,” Wilcher said.

Scott, however, wasn’t as lucky in his quest to clear his record, which through no fault of his own indicated for more than 20 years that he was a convicted violent felon.

When he applied last August to be a poll worker, he was honest about his checkered past and answered “yes” to the question that asked if he had ever been convicted of a crime.

“I didn’t want to tell the story, but I put my reason was I was exonerated through DNA,” Scott told The Current. “I thought, in my mind, that will suffice.”

In the early 1980s Scott had been convicted of drug possession and gambling. In 1987 he was convicted of rape and kidnapping in Savannah.

Scott spent 15 years in prison before the The Innocence Project took up his case. The New York organization represents incarcerated people who could be proven innocent through DNA testing.

In 2001, a Chatham County judge granted a new trial to Scott based on the fact that the DNA evidence from the rape kit did not match Scott’s DNA.

The Chatham County District Attorney’s Office chose not to retry the case and the charges were dismissed.

That didn’t end Scott’s legal troubles. Although he had been paroled in September 2001, Scott was sent back to the Chatham County jail in April for failing to find a job.

Scott’s civil and political rights were restored in 2002 and he has been voting in Georgia since 2006. Georgia law allows convicted felons to vote if they have had their civil rights restored and at least 10 years have passed since the completion of the sentence without a subsequent conviction.

Compensation claims like Scott’s are rare and must be brought before the Georgia legislature in the form of a bill.

Bordeaux, a former state representative who is now Chatham County’s probate judge, introduced the  bill proposing compensation for Scott at the request of his lawyers.

Lock recalled the judge — in a rare motion — granted him a new trial in 2001 because the new DNA evidence could have potentially changed the outcome of the first trial had it been available.

Prosecutors, as Lock tells it, didn’t try Scott again but not because they were convinced of his innocence. Lock said there was concern about putting the victim through another trial, possibly some missing evidence and Scott had already served time in prison that would have equaled any new conviction.

Despite the conflicting feelings among prosecutors, according to Georgia law, Scott’s background should have been cleared for him to be a poll worker.

Up until April, however, when The Current interviewed Superior Court Clerk Tammy Mosley, Scott’s record in GCIC remained incorrect 20 years later, an error that could have contributed to challenges he faced with employment and decent housing after prison.

Denied job as a poll worker

Last November, when he was told he couldn’t be a poll worker, Scott decided to find recourse. He called William R. Claiborne and David Utter, lawyers for Savannah’s Fair Fight Initiative.

“I literally had no idea what was happening,” Scott said. “But I knew I wanted to serve in that capacity.”

Claiborne and Utter agreed to take on Scott’s case at no cost.

On Dec. 2, they filed a lawsuit on behalf of Scott suing Chatham County Elections Supervisor Russell Bridges and Elections Board Chairman Tom Mahoney in their official capacities.

Claiborne stated in the lawsuit that the board lacks a written policy when it comes to analyzing poll worker applications and the absence of such guidelines “allows them to illegally discriminate against people with prior convictions.”

“The decision to deny Mr. Scott the ability to serve his community as a poll worker is a manifestation of systemic racism,” Scott’s lawyers said in the lawsuit. “Because Defendants Russell Bridges and the Board rejected Mr. Scott based on a decades-old felony conviction, and systemic racism and racial bias are an integral part of America’s criminal justice system, they discriminated against Mr. Scott based on his race.”

An agreement to settle the case without going to trial and without either party admitting liability was reached March 26. The elections board adopted a local policy regarding poll worker eligibility that reflects state law.

Ultimately, Scott was able to work the Jan. 5 runoff election. The elections office arranged special training to allow him to be a poll worker at Fellowship of Love church.

He “got really good feedback from the poll manager,” said Bridges, who retired in February after 17 years in the department. “He did a great job and she would work with him again.”

Chatham County Elections Board Chairman Tom Mahoney said Scott brought to light his record was incorrect and the elections office worked with him to correct it. Mahoney declined to specify what efforts were made and said he was not comfortable discussing an individual’s criminal history.

However, Scott and Utter told The Current that neither had previously been made aware of any errors in Scott’s criminal record.

Asked about Scott and his lawyer’s response to the question about the error in Scott’s record, Mahoney said it was surprising to hear none of them claimed to know about it.

“That was really upsetting,” Scott said of learning his record remained inaccurate after the settlement.

In late April after the settlement, however, Scott’s criminal record remained incomplete, according to Mosley, the Chatham County Superior Court clerk. No one had requested a change.

Scott’s court case is in a red file, about two inches and a half thick, that is among a warehouse full of paper the county maintains. Marriage licenses, divorce decrees, property records and other historical documents dating back to the county’s establishment in the 1700s are among the trove of documents.

Back in the early 2000s, most Superior Courts in Georgia sent criminal sentencing and arrest information to the GBI via fax machine.

It worked like this: Superior Court clerks would fill out a paper form with the court’s disposition on a criminal case. The clerk would then fax it to the GBI where employees in the GCIC would hand-type the information into a computer database.

Today, that information is sent and stored electronically.

After a query from The Current about Scott’s file, Mosley retrieved it from storage. She discovered no paperwork from the Superior Court Clerk in 2001 notifying the GBI of the dismissal of criminal charges.

“I don’t have any evidence that that was faxed back then,” she said. “Literally, I couldn’t find where anything had been transmitted.”

Mosley, the third clerk elected to office here since 2000, corrected the information by updating Scott’s file and notifying GCIC.

“If an error is brought to my attention I try to correct it immediately if there’s an order allowing me to as was the case with Mr. Scott,” she said.

Errors like the one made in Scott’s case often go undetected until someone raises the issue that prompts the court to take a second look, Mosley said.

“The judges just can’t take an old file and look at it without something prompting them to do it,” she said.

The Current is an independent, in-depth and investigative journalism website for coastal Georgia.

Laura Corley is home-brewed investigative reporter who has covered public safety and government and education in her home state of Georgia since 2014. 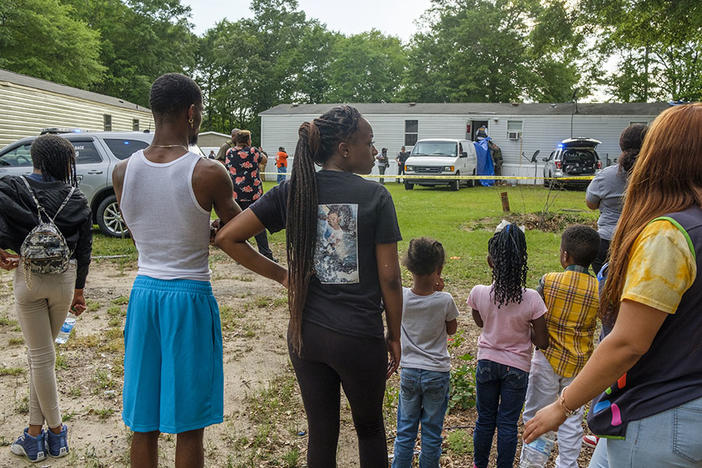 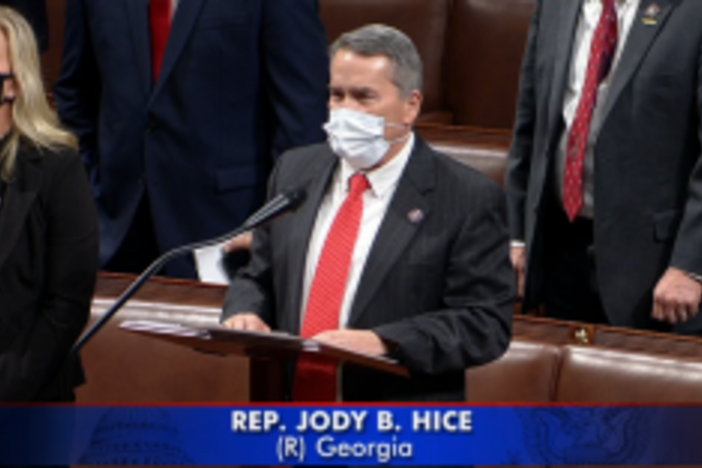 A group of Republican lawmakers are parlaying their election skepticism into bids for higher office, launching campaigns for Congress, the governor’s mansion and the office of the top election official in the state.