When a critter spends 17 years underground, it's not easy to study. So as Brood X cicadas break out, they're followed closely by researchers who must cram a lot of work in about six weeks.

In parts of the eastern U.S., the everyday sounds of birds and cars and barking dogs have been joined by something else.

CHANG: A buzzing that means Brood X is back. After 17 years underground, millions and millions of cicadas are emerging. And as they fly clumsily around going about their business, scientists are busy too. As NPR's Nell Greenfieldboyce reports, for people who study insects, this is a major event.

NELL GREENFIELDBOYCE, BYLINE: Brood X isn't the only group of cicadas that spends nearly two decades underground, but it is the biggest and most famous. That's why entomologist Marianne Alleyne drove east. She normally works at the University of Illinois at Urbana Champagne.

MARIANNE ALLEYNE: I didn't see it 17 years ago, and I wanted to experience it. My brother-in-law actually said it perfectly. This is your entomology Woodstock, isn't it?

GREENFIELDBOYCE: She studies tiny structures in cicada wings that make water droplets just roll off their surface, so she collected Brood X cicadas to bring back to her lab. And other scientists were out there collecting them too.

MARY SALCEDO: Be very careful. They're everywhere right over here.

GREENFIELDBOYCE: It's dusk in Alexandria, Va., outside a middle school. And researchers from Virginia Tech are scanning the grass under old oak trees. They grab brown shrimp-like cicada nymphs that have just surfaced.

GREENFIELDBOYCE: Mary Salcedo and Josh Pulliam count out a hundred into a brown paper bag. The insects scrabble around inside.

GREENFIELDBOYCE: They're desperate to climb. The researchers take them back to an Airbnb rental and let them creep up a sheet of cloth taped to the wall. Partway up, the nymphs freeze and begin to transform into adults. The back of each shell splits apart. A soft new body swells out. Mary Salcedo uses cameras to closely watch how the bright yellow tissue that becomes their wings gradually unfolds and expands.

SALCEDO: It's very thin tissue that looks like a beautiful origami structure when it first comes out, so just the unfurling pattern is really interesting.

GREENFIELDBOYCE: Meanwhile, Josh Pulliam wants to understand the biomechanics of their climbing. He's been testing nymphs on little homemade climbing walls covered with rough or smooth sandpaper. He says their two forelimbs do this up-and-down motion.

PULLIAM: That's excellent for digging and gets them where they need to go on trees.

GREENFIELDBOYCE: Other researchers are studying the ecological impact of this mass cicada emergence. Since cicadas' only defense is overwhelming predators with sheer numbers, they're a bonanza of free food. To see if birds chow down and ignore their usual prey like caterpillars, one team of researchers is doing an experiment in a Maryland forest. Martha Weiss is a biologist with Georgetown University.

MARTHA WEISS: I have a box of beautiful, green fake caterpillars which are ready to be deployed on our trees with our trusty superglue.

GREENFIELDBOYCE: Since the fakes are made of soft clay, a bird or insect that tries to eat one will leave telltale marks.

LILL: Really nice - so you see the parallel lines were from a beak.

GREENFIELDBOYCE: John Lill is a biologist at George Washington University. He and his colleagues regularly come out to collect previously deployed fake caterpillars and put out new ones. This lets them track how often caterpillars are being attacked. They're also measuring how much leaves get chewed by caterpillars and the number of caterpillar parasites.

LILL: So we're trying to catch what it looked like the year before the cicadas, what it looks like in the year of the cicadas before they come out, while they're out and then after they're gone for the - within a season. And then we'll do again - the same thing again next year and the year after that.

GREENFIELDBOYCE: Lill says there hasn't been much research looking at these kinds of subtle ripple effects from Brood X. Zoe Getman-Pickering works in his lab.

ZOE GETMAN-PICKERING: There's so many unanswered questions still. We're hoping that many of the children who are living through this emergence will be just as curious as we are and consider entomology as a career path.

GREENFIELDBOYCE: After all, in 17 years, these cicadas will return, and so will scientists. 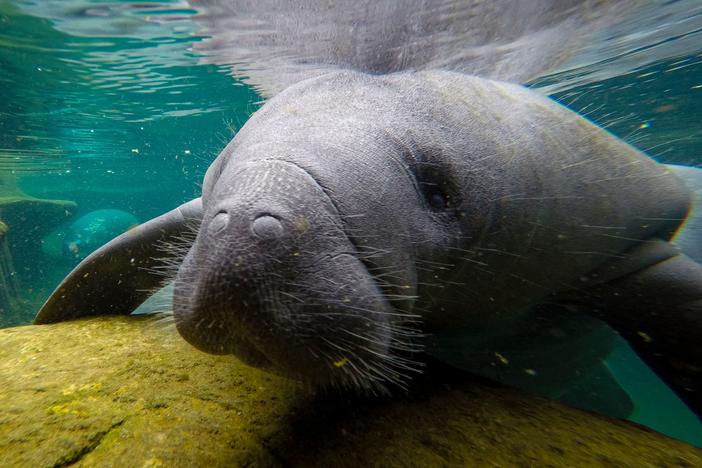 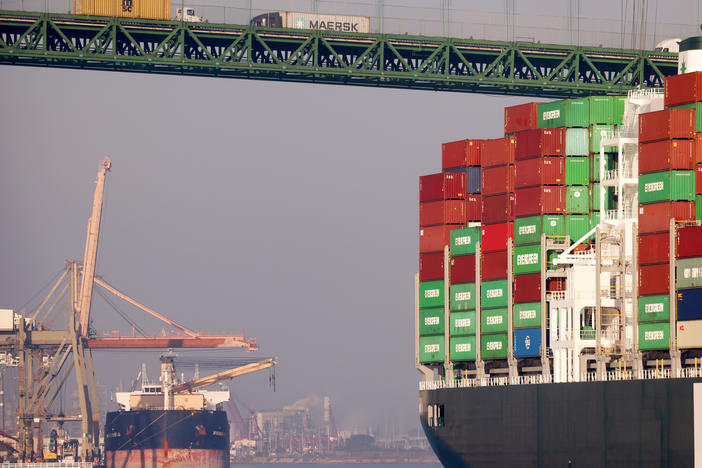 The spike was attributed to a slew of causes, including behavior changes after COVID-19 vaccines became widely available, but environmental advocates say it's worrisome. 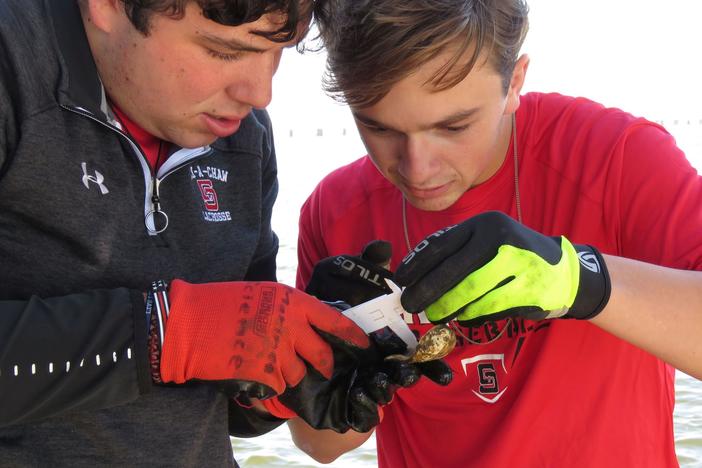 There are more than 1,000 oyster gardens in the coastal waters of Maryland, Virginia, Mississippi and Alabama as volunteers try to restore a keystone of coastal ecosystems.