Oprah And Prince Harry On Mental Health, Therapy And Their New TV Series

NPR's Mary Louise Kelly speaks with Oprah Winfrey and Prince Harry about their partnership and deep dive into mental health in their new series, The Me You Can't See, on Apple TV+.

This week I had the opportunity to talk to two of the most famous people, well, in the world.

Let me start with introductions. I go by Mary Louise - double-barreled first name. What should I call each of you?

KELLY: Neither really needs more of an introduction. But just to be clear, Oprah is Oprah Winfrey, and Harry is Prince Harry, the Duke of Sussex. And they spoke to ALL THINGS CONSIDERED as part of a press tour to promote their new documentary series, "The Me You Can't See."

WINDSOR: What words have you heard around mental health?

UNIDENTIFIED PERSON #3: Can't keep it together.

WINFREY: With that stigma of being labeled the other, the telling of the story, being able to say, this is what happened to me, is crucial.

KELLY: The series focuses on the importance of mental health, on what it's like to struggle. "The Me You Can't See" tells the stories of both regular people and famous people, including Lady Gaga, Glenn Close and Prince Harry himself.

WINFREY: So four years ago, only after meeting Meg...

WINFREY: ...Did you start the process of trying to figure it out. You hadn't tried it before now.

WINDSOR: And I quickly established that, if this relationship was going to work, that I was going to have to deal with my past because there was anger there. And it wasn't anger at her. It was just anger. And she recognized it. She saw it. So how do I fix this? And it was a case of, you need to go back to the past. Go back to the point of trauma. Deal with it. Process it, and then move forward.

KELLY: Now, as the prince moves forward, he's sharing his experience. And Oprah, who's spent her decades-long career helping the famous, the infamous and everyday folks tell their stories - she thinks there's something for everyone in this series.

WINFREY: I'm hoping people find themselves in every story, in the faces, in the feelings, in the vulnerability and the openness and the willingness to share...

WINFREY: ...And understand that we're all on the spectrum of mental health, where 1 in 5 people in the United States say they struggle on some level or another. And I'm hoping people have a lot of ahas. I hope people have revelations about their own inability to grieve, their own inability to look at what has happened to them and will see it in a way that opens up a world of possibility for them.

KELLY: You're getting at something that struck me, which is whether it's many of the non-celebrities who are featured here or Lady Gaga or either of you - this idea that we are all carrying something.

WINFREY: I don't think we wrestled with it. What we wanted to show is that - the fact that everybody has something, Mary Louise, in their past or is carrying something, a part of them that we cannot see, if not dealt with, turns into something that can become a mental disorder or dysfunction or an illness. So, everyone, if you live long enough, you're going to have grief even if it's just, you know...

WINFREY: ...One of your dogs dying. You know, I've had multiple dogs who are all family members, and every time it happens, it just takes me out.

WINFREY: And I understand that unprocessed grief locks in and begins to define behavior that many people can't explain because they don't know that the reason they're having that behavior is because they've never processed the grief. So that's why we wanted to emphasize that there is a spectrum. And on any given day, you can be at 10 or 10-plus, and something happens in your life that shatters you or takes you to a minus-one.

KELLY: Yeah. Harry, you were just on the receiving end of Oprah's questions. I think we all watched the big interview that you did along with your wife - along with Meghan in March. Now you two are business partners. What is your role here?

WINDSOR: My role here is executive producer and co-creator. I mean, Oprah and I had a conversation - what? - two and a half years ago, maybe closer to three years ago, to be able to bring something like this together. I mean, Oprah had the partnership with Apple. And she turned around to me and said, what are the two major issues that you think the world is suffering from? I said, climate change and mental health. You know, Oprah's been having people on that sofa and talking to audiences for two decades, and I've been talking about mental health for over a decade and mental fitness probably more recently.

WINDSOR: But as far as we're concerned, this is a service to the world to be able to share stories and be able to create the platform for so many people to come forward and share that vulnerability and show strength in vulnerability and to show empathy in connection - or connection in empathy. I think it's - it really couldn't come at a better or more important time.

KELLY: Speaking of vulnerability, in this show, you take us inside your own therapy session, therapy being such an incredibly intimate process. And I wonder, what was it like to put that out in the world?

WINDSOR: Again, I view it as very much the case of - if there's something that I can do or something that I can share that is going to save a life or make people's lives better and encourage others and empower others to come forward to share their own story as part of their own healing process, I'm kind of willing to do anything. And it wasn't so much my own therapy session. It was more of a case of I really wanted to try this out. And once I thought about it, I thought, well, you know what? A young man - I'm still just young. A young man...

KELLY: (Laughter) I'll grant you that.

WINDSOR: ...Doing that kind of therapy and sharing it across the world - we all know that that is going to break huge amounts of stigma for so many people.

KELLY: Did it help?

WINDSOR: Yeah. I mean, to be honest with you, I think I've put in so much work over the years that actually, I didn't need it. I probably could have done with it at the beginning. But it was an interesting process to go through, which - at the end of it, I was like, wow. I'm successfully on my way to healing to the point of where I didn't need it as much during the series as I probably did right at the beginning. And that's the message that I want, you know, other people to understand, which is prevention and proactive support and help and focus on your own mental fitness is absolutely key to build that resilience.

KELLY: Yeah. Oprah, last word to you - I asked you at the beginning what you hope people will take away from this. What are you going to take away? Have you learned something from this project that will change the way you interview people when they're on your couch in the future?

WINFREY: Well, that question of what happened to you will - is a part of my resonant spirit now, that I use the information that I learned from the process of doing this series and all of the multiple stories that you get to see on Apple TV+ and some that hit the cutting room floor to understand that empathy and compassion for other people's stories, which I've always had. But I learned so much about schizophrenia. I learned so much about PTSD. So my process of understanding people and being more empathetic and open to their vulnerabilities will fuel the rest of the work that I do.

KELLY: That was Oprah Winfrey and Prince Harry talking about their new show, "The Me You Can't See." It premieres today on Apple TV+. 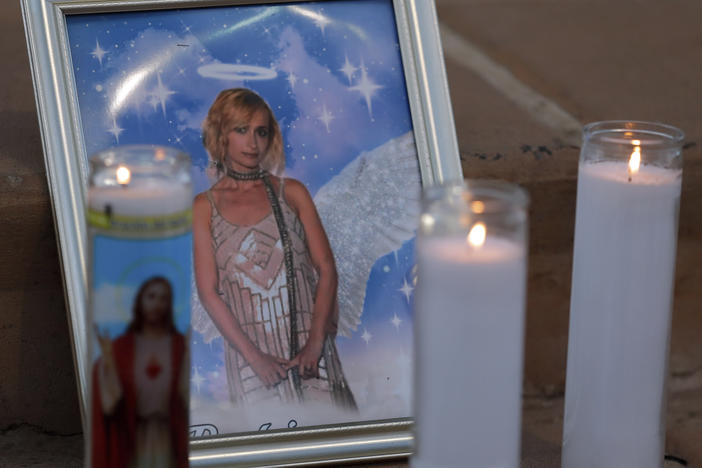 After the Rust shooting, one expert unpacks how people cope with accidental killings

The founder of a support group for people who have caused accidental death or injury has some personal insight on the emotions stirred up by the killing of a cast member on the set of the movie Rust. 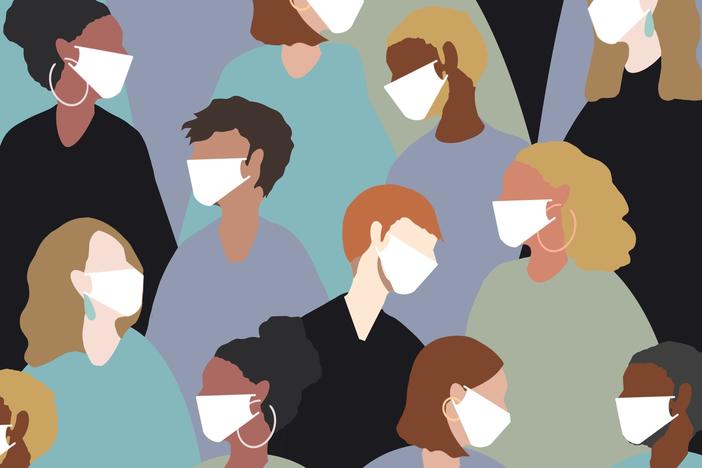 Feeling Anxious About Returning To Post-Pandemic Society? You're Not Alone

As people start to re-emerge from isolation, there's a lot to navigate and re-learn. Dr. Lucy McBride and theologian Ekemini Uwan field questions from listeners about how to navigate our new reality. 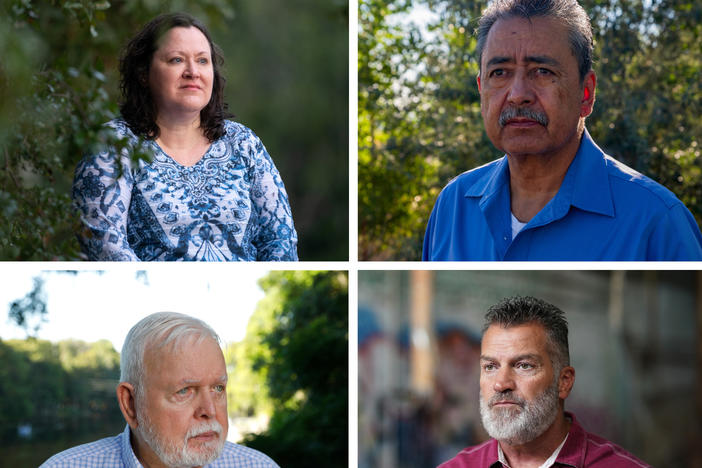 NPR spoke with 26 people who were involved with more than 200 executions across the country. Most said their health suffered and they had little support to help them cope with their unusual jobs.