Autism In The Pandemic: How People Cope

The coronavirus pandemic, with lockdowns and social distancing guidelines, was a challenge for Michael Goodroe. But he tried to adjust since there was nothing he could do about it.

When the COVID-19 pandemic hit, “I was a little sad,” he says as he sits down in his parents’ Roswell bungalow, his hands neatly folded on the large wooden dining room table. “Because I felt that the life I knew was over, that I wouldn’t be able to be with my friends and other family members anymore.”

Goodroe, 33, with tousled brown hair, curious eyes, an easy smile and a third-degree black belt in karate, was diagnosed at the age of 4 with what is known today as autism spectrum disorder, or ASD. The coronavirus pandemic, with lockdowns and social distancing guidelines, was a challenge, he says. But he tried to adjust since there was nothing he could do about it.

“I caught up on my audiobooks, and I reconnected with my video games,” he says. Right now, he loves playing "Ghost of Tsushima" for PlayStation 4. He also started writing short stories and is working on a fantasy novel.

According to a CDC study, 2.2 percent of American adults — 5.4 million people — live with ASD.

Mental health experts such as Matt Segall were alarmed when the pandemic first hit and interrupted access to medical care, speech and occupational therapy and community-based services. Segall, who’s both a psychologist at the Emory Autism Center and an assistant professor of psychiatry at Emory School of Medicine, feared the fallout would negatively affect individuals on the spectrum.

The concern was not unfounded. Most autistic people rely on routines, structures and schedules, which were shaken up by COVID. But the response was a bit different than Segall had expected. While many autistic adults have struggled during the pandemic, a good number have been coping well, and some have even thrived, he says.

“Autism is very rangy, and the impact of the pandemic has been highly variable across the spectrum,” he says.

Several studies have confirmed Segall’s observation. COVID has made life for people with autism more difficult because the pandemic directly affects social functioning and everyday routines. But individuals on the spectrum have also experienced pleasant changes, say researchers at Ghent University in Belgium. Some of these findings could serve as positive lessons in a post-pandemic world.

According to Segall, the dividing line is not necessarily between autistic individuals who need more support and those who need less, but rather between introverts and extroverts.

Introverts, he continues, have tended to fare better in the pandemic – an observation that applies not only to people with autism. Sensory input and stimulation, like images, sounds and smell, as well as social input, like engagement and conversations, have been reduced. The environment has became less overwhelming for some on the spectrum. “The pressure to engage socially was off for a while,” says Segall.

But extroverts — cut off from personal interaction — have experienced social withdrawal, loneliness and depression.

And people with autism often have anxiety, notes Nicole Hendrix, a licensed clinical psychologist at the Marcus Autism Center in Atlanta. During COVID, she’s seen a higher level of stress and fear among autistic adults, especially around topics such as infection risk, safety, work or social life.

“We’ve all been struggling with the disruptions of routines and schedules,” says Hendrix. It was more acute for many on the spectrum, especially those who rely on intensive services, she says. “These disruptions weren’t just annoyances. They were true barriers.”

Adding to prior problems

Miyah Sundermeyer was more than annoyed. When COVID hit, she was angry and frustrated, she says. Sundermeyer, 39, is a project assistant at Georgia State University’s Center for Leadership in Disability. 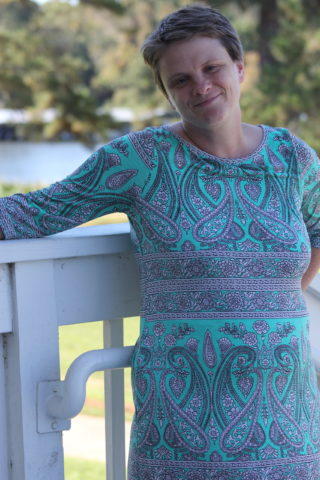 Miyah Sundermeyer was more than annoyed. When COVID hit, she was angry and frustrated, she says. Sundermeyer, 39, is a project assistant at Georgia State University’s Center for Leadership in Disability.

“I was upset that everything went online,” she says, “and I was mad that I couldn’t meet with my colleagues and friends anymore, or eat at a restaurant, or go to the movies or travel.”

Sundermeyer, diagnosed with autism when she was 11, says she is an extrovert “who likes to be out and about.” The first few months of the pandemic, with the shelter-in-place order, brought her to a “very, very low point,” she recalls. Her isolation led to anxiety. When Atlanta locked down, she was scared that people would be banned from stepping outside. “I was afraid of being imprisoned in my home.”

Sundermeyer lives alone in a Tucker apartment complex. A few months into the pandemic, she built new routines — ordering food from Uber Eats or going for daily walks in the neighborhood. “I even enjoyed walking in the rain,” she says.

She had tried podcasting before, but during the pandemic, she updated her equipment, taught herself how to use sound editing software and launched her new show — “Hello World With Miyah” ­— which is about raising awareness and acceptance for ASD. She’s particularly proud that one of her first guests was animal scientist and autism rights activist Temple Grandin, an icon in the autism community.

Sundermeyer also learned “to count my blessings,” she says.

Among the biggest is having a stable job, she says. According to the Autism Society of America, over 70 percent of adults with autism are unemployed or underemployed.

“The employment situation for autistic adults is a mess,” says Segall. The pandemic’s negative impact on the economy has made it even more difficult for people on the spectrum to find or keep a job, he says.

That’s why Michael Goodroe also considers himself lucky. “I still have a job, and I was able to pick up my life when things got better.” He’s a data processing specialist at a medical billing company. He’s been back at the office for several weeks because only small portions of his work can be done from home.

Early in Goodroe’s life, his parents feared that he wouldn’t be able to lead an independent life. That’s what Michael’s doctors predicted when they diagnosed him with severe learning disabilities. But his parents kept pushing, and Michael graduated from high school, got a BA in history and an MBA. 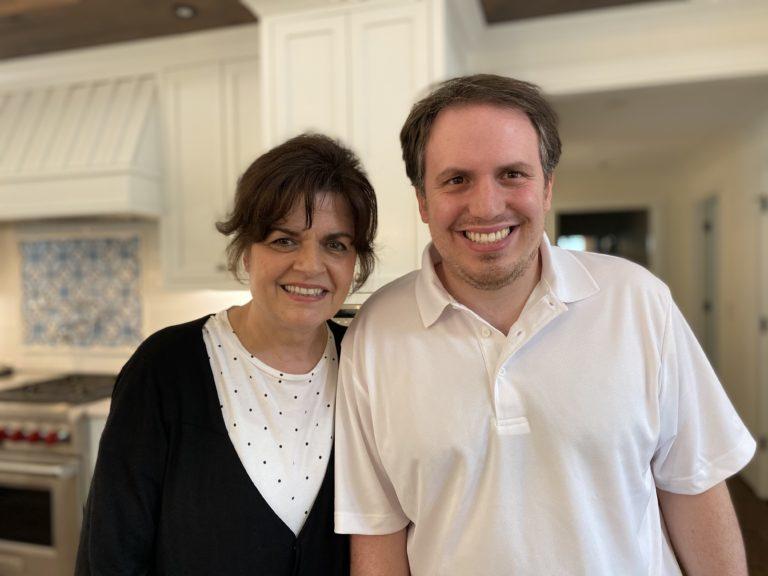 His mother, Joane Goodroe  a retired nurse and health care executive, says her goal was always “to get Michael in the workforce, no matter what the job was.” When COVID hit, she was worried at first — and then surprised at how well he managed. “I didn’t realize what good coping mechanisms he had until he was really forced to use them,” she says with a smile.

Michael Goodroe doesn’t like to make a big deal out of his condition, even though he enjoys sharing his experiences. A few years ago, he wrote a book about his struggles, titled What Autism Gave Me. He also does motivational speaking.

Most of his friends are actually people from outside the autism community, such as former schoolmates or people from his karate club.

Compared with many of their peers, Michael Goodroe and Miyah Sundermeyer could be considered privileged. Among large swaths of adults with ASD, the coronavirus pandemic has exposed and “deepened the long-existing disparities in access to services,” says Arianna Esposito, director of Lifespan Services and Support at Autism Speaks, the largest autism research and advocacy organization in the nation. 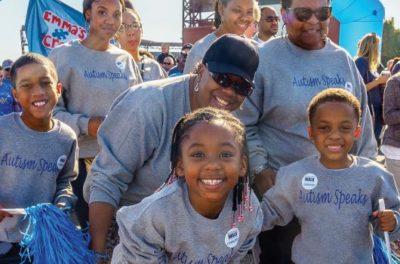 The coronavirus pandemic has exposed and “deepened the long-existing disparities in access to services.

“When you switch almost overnight to an entirely virtual world, you need a stable Internet connection to engage,” she says. “If you don’t have that, it’s difficult to see a doctor or to maintain your services and your social connections.”

Psychologists agree that the expansion of telehealth services during the pandemic has been beneficial for people with autism as well as their families, friends and caregivers. But lack of Internet access remains a hurdle, especially in rural areas where broadband Internet isn’t available.

Esposito says that many autistic adults have struggled with transportation and food insecurity, which can trigger or amplify anxiety and depression.  Also, they often have other medical conditions such as epilepsy, gastrointestinal problems and sleep disorders. COVID has exacerbated all of these vulnerabilities. 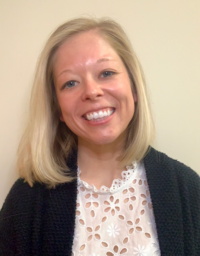 Nicole Hendrix, a licensed clinical psychologist at the Marcus Autism Center in Atlanta.

As vaccination rates increase and more people return to in-person encounters, many individuals with autism are going to face another challenge, says Emory’s Segall.

“They’ve gotten used to whatever the current normal is,” he says. “They’ve developed their new routines and structures, and the idea of having to transition again will be a difficult journey.”

Hendrix from the Marcus Autism Center says she’s hopeful that some of the new ways of engaging that many adopted during the pandemic — like less sensory overload, fewer social demands, and an increase in virtual communication — will lead to a more “autism-friendly society.”

Right now, Miyah Sundermeyer and Michael Goodroe are looking toward the near future with excitement and a hint of fear. Both have been fully vaccinated for a few weeks. Sundermeyer has started working on campus again. Right now, she’s still by herself in the office. She can’t wait to meet with her colleagues again but is wary about her reaction when they can finally hug.

“I’m scared I will break down and cry,” she says.

Goodroe just returned from his first post-COVID trip — to Disney World, one of his favorite places. Looking back at the past year, he says he’s enjoyed the slower pace during the pandemic and having more time to himself.

“That was the introvert talking,” he adds. “But the extrovert in me is ready to rejoin life.” 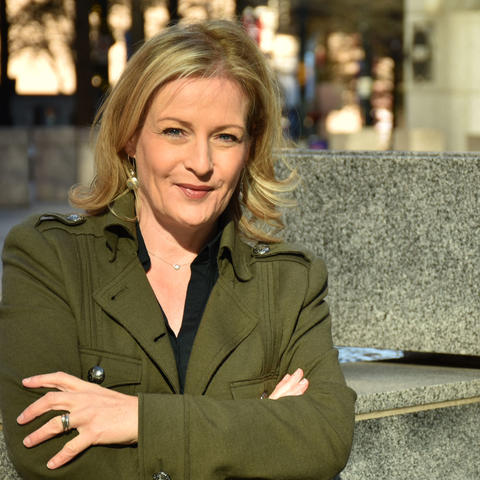 Katja Ridderbusch is an Atlanta-based journalist who reports for news organizations in the U.S. and her native Germany. Her stories have appeared in Kaiser Health News, U.S. News & World Report, USA Today and several NPR stations. 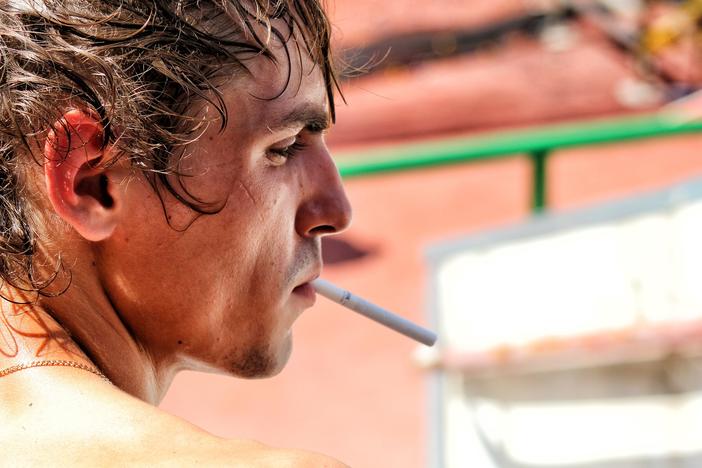 Cigarette sales in 2020 climbed for the first time in 2 decades. A GSU study examines why

Stress associated with COVID-19 is as much a part of the current atmosphere as is the virus. That stress contributed to the sales of cigarettes rose for the first time in 20 years, according to a new study from Georgia State University. 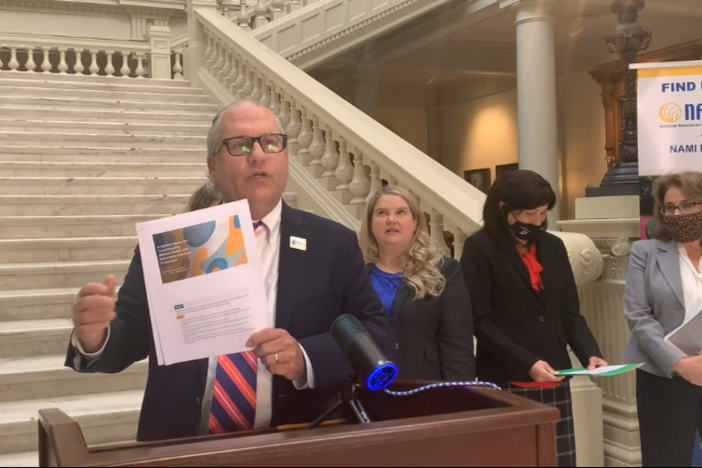 Mental health and addiction care aren't prioritized in Georgia. A bipartisan group is changing that

Parity in health care means substance misuse treatment and heart defects should be treated the same way by insurance companies. A federal parity law passed in 2008, but there is no mechanism to ensure parity is enforced in Georgia. A plan presented Nov. 10 at the state Capitol seeks to change that. 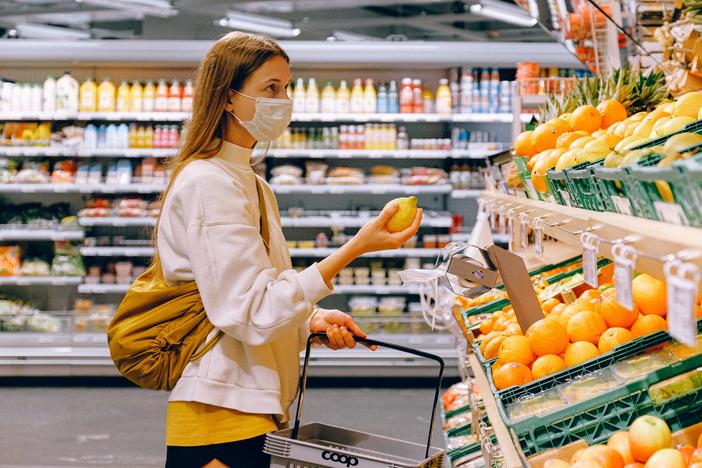 COVID Anxiety Persists Even As Post-Pandemic Normalcy Starts To Return

Since last April, thousands of Georgians have called or texted the COVID-19 Emotional Support Line to talk about the stress and anxiety of living through the pandemic, but callers have different needs now than they did when the first cases arrived in the state last spring.