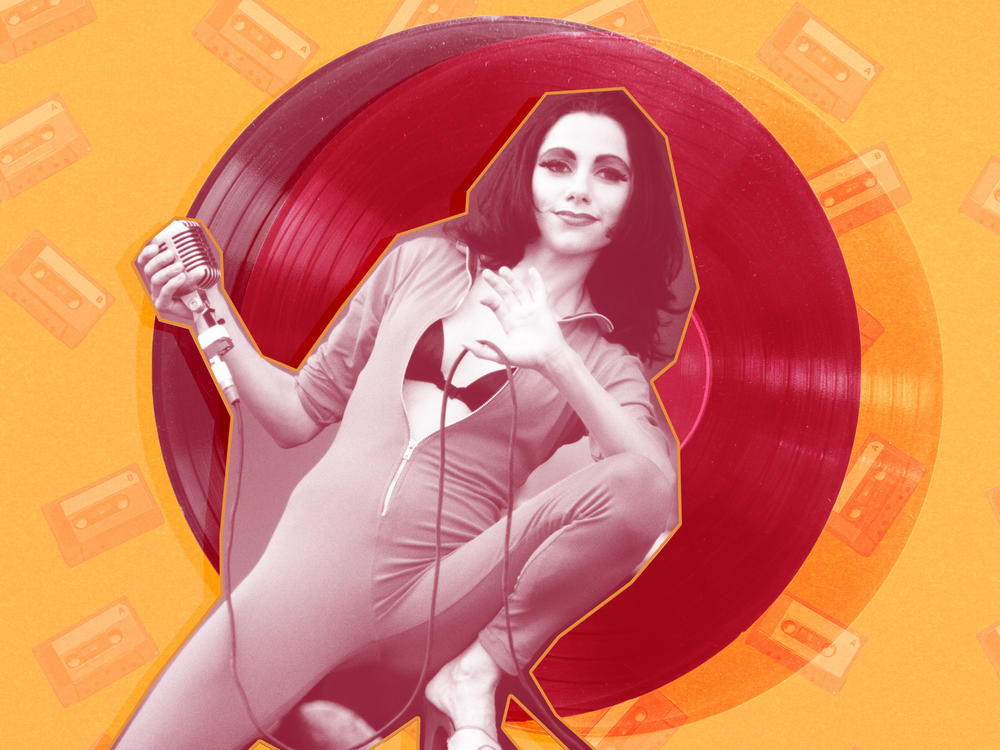 PJ Harvey's Uh Huh Her was a powerful force for critic Laura Snapes. "Seeing this woman I so admired derail a linear path to greater success and greater approval – the de facto path as far as teachers were concerned – was revelatory," she writes.

NPR Music's Turning the Tables is a project envisioned to challenge sexist and exclusionary conversations about musical greatness. Up until now we have focused on overturning conventional, patriarchal best-of lists and histories of popular music. But this time, it's personal. For 2021, we're digging into our own relationships to the records we love, asking: How do we know as listeners when a piece of music is important to us? How do we break free of institutional pressures on our taste while still taking the lessons of history into account? What does it mean to make a truly personal canon? The essays in this series will excavate our unique relationships with the albums we love, from unimpeachable classics by major stars to subcultural gamechangers and personal revelations. Because the way that certain music comes to hold a central place in our lives isn't just a reflection of how we develop our taste, but how we come to our perspective on the world.

As a kid discovering pop on your own, you assemble a hodgepodge of half-remembered facts and other people's opinions. Many of mine came from British Saturday morning variety show Live & Kicking and a singles reviewing segment called Hit, Miss, or Maybe, where assembled guests wielded outsized novelty thumbs to render judgement. Manic Street Preachers? Terribly boring. Miss! The Cardigans and Tom Jones doing "Burning Down the House"? Surprisingly sexy for an old codger! Hit! Music videos against a white backdrop? Absolutely the laziest thing ever. Unforgivably lazy! Thumbs down forever! These judgements felt like gospel, opinions to parrot and to be taken seriously: Why else would they make their paw-like gavels so impressively large? But when we got cable a couple of years later, I discovered PJ Harvey's "This Is Love" on MTV2 and the latter verdict flipped 180.

Swaggering in a white, fringed suit, practically all that was visible of Harvey against the blank backdrop was her guitar, her bare sternum, her saucy black feather cut and her giant, magnetic mouth painted red. It wasn't the room, I realized, but what you did with it. She conveyed a brazen, confident hunger, and stoked one within me to be like her – not a passive ear but an appetite; a self-creation, not a cut-and-shut. By then, Harvey was a decade into a career that started when I was two. "This Is Love"'s parent album, 2000's Stories From the City, Stories From the Sea, had already won the Mercury Prize and was sufficiently mainstream in the UK that I could buy it in the supermarket while trailing mum down the aisles. Knowing nothing about her nor anyone who did, I made piecemeal work of acquiring the rest of her catalogue. I found 4-Track Demos on a church trip to Glastonbury town, fulfilling the promise that we would indeed be undertaking a religious pilgrimage that day.

It is a potent moment when your teenage timeline overlaps with the one being charted by an artist building a beloved legacy. In 2004, Harvey's sixth album, Uh Huh Her, became her first release that I experienced as a fan. No longer playing catch-up, I now stood the same chance as anyone else to cultivate my expertise and make this album mine. I would have loved anything she released, giddy to finally meet her in real time. As I would learn, Harvey doesn't do passive pleasures. I was taken aback by how awkward and purposefully ugly the glamorous woman striding through New York City on the cover of Stories had made herself: grimacing in a flashed-out Polaroid on the cover, one I recreated in coloring pencils for GCSE art right down to her concave clavicles. She had scrawled a photo inside the liner notes with the comment "too PJ H?" How could anything be too PJ H?

Then 15, my friends and I were fervent converts to the business of image cultivation. Harvey's self-interrogation and gleeful self-destruction was a wicked challenge to it, especially watching her wreck the chic beauty that the media had us believe was a woman's final form. (The Stories artwork had seemed very Sex and the City to me, at least from the few episodes I had caught late at night with the volume down.) I was thrilled to feel recognized in her charade. At 15, willful chaos was my style MO: mismatched Converse; thick brown corduroy trousers topped with a tutu and a Darkness T-shirt; a skirt that looked like a bin bag with a zip, loathed by friends and parents and all the better for it. I was delighted to note, thanks to a televised performance Harvey gave from London St Luke's church, that we both favored high-rise rainbow socks in garish contrast to the rest of one's outfit.

The grotty guitar and terminal sneer of much of Uh Huh Her affirmed this sense of Harvey's total desecration: These were stories from the sludge, and she was reveling in it. The indignant shriek of "Who the F***?" became a perfectly pitched teenage mantra. (I later learned it was about her rage at a terrible haircut, a situation I would not have been able to relate to thanks to self-administering most of mine with kitchen scissors.) I didn't know who the poison-lipped man of "The Life and Death of Mr. Badmouth" was, but as a staunch adherent of what I crudely took to be feminism, I accepted this faceless bastard into my notion of men as a malignant force. "Pocket Knife" was an anti-marriage diatribe rendered in a spindly rattle, as if Harvey had unearthed some folk standard that offered comforting ancient precedent for a woman refusing society's expectations.

Although I relished Harvey's desire to repel, I was still affronted when it had presumably the desired effect on the rest of the world. My trusted critical organ, NME, gave Uh Huh Her 5/10. According to them, it reinforced "the growing suspicion that PJ Harvey spilt all the emotional guts she had on her first three albums and is running on empty these days." Everything was better in the past, apparently – her broadsides against treacherous lovers, the danger in her voice – and to enjoy this album was to be "middlebrow", buying into the "high-fashion gloss" that I thought she had just burned like old rags. Apparently the moment I joined the party, everyone rolled their eyes and left. Traitors! Thumbs extremely down!

I felt slightly admonished, baffled that their critic didn't see it the same way I did, but undeterred: Harvey's influence on me won out as the nervous youthful desire for critical alignment dipped away. Gaining a broadband connection, personal independence and a job in a record shop soon allowed me to inhale the rest of her catalogue: While I still think Uh Huh Her is a better record than that NME critic did – "The Desperate Kingdom of Love" is one of her loveliest songs, and I love her when she's rude and rollicking – exposure to the ravages of Rid of Me and the spooked Is This Desire? ultimately pushed it down my personal Peej pantheon.

I don't revisit it often, but that moment in Harvey's career lives within me. Seeing this woman I so admired derail a linear path to greater success and greater approval – the de facto path as far as teachers were concerned – was revelatory. I defied an academic track to zig and zag, as did my closest friends. You could accurately call Stories From the City, Stories From the Sea an album that changed my life because it introduced me to my earliest surviving musical love. But I'd give that mantle to Uh Huh Her: after setting me down one path, Harvey showed the brazen pleasure in careening off it.

Laura Snapes is deputy music editor of The Guardian. 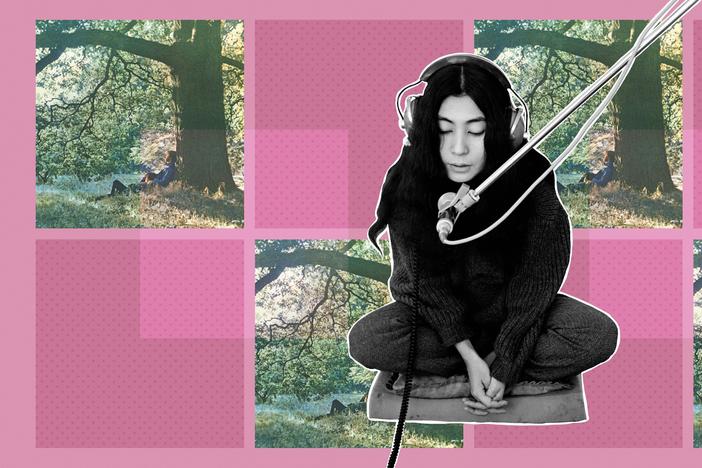 What does it take to really know a record? To overcome feeling alienated by a challenging album, it sometimes takes abandoning preconceived ideas of expertise and looking for something more personal. 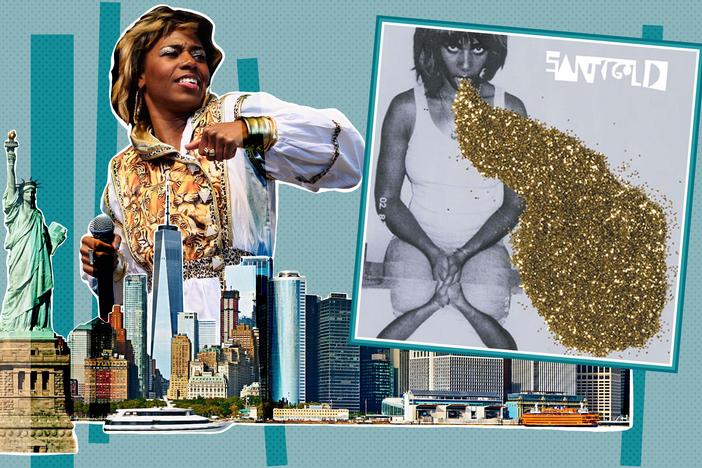 How Santigold Helped Me Claim And Keep My New York Dreams

Santigold's debut album captures the New York dream of being a singular sensation above the masses. It inspired writer Dawnie Walton when she first moved there — and again when she needed a new start. 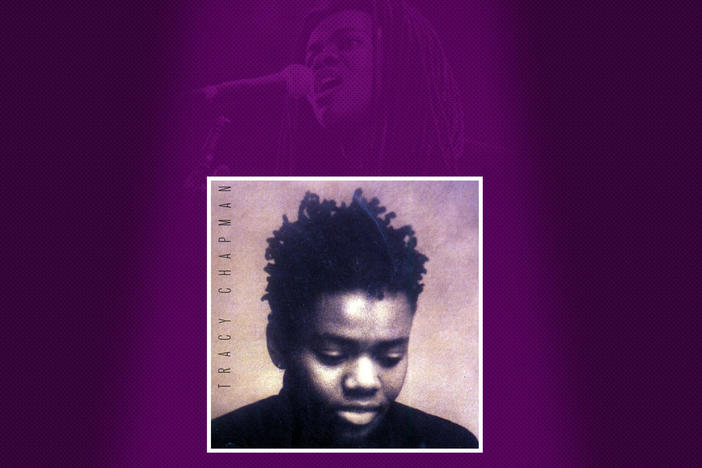 Meeting Tracy Chapman In The Spaces Between

After Chapman released her 1988 debut, she was everywhere in pop and always on the mind of writer Francesca T. Royster. Hearing that album, she writes, "helped me say what I hadn't yet said out loud."