Former presidents have to walk a delicate line. Some very much want to advocate on issues they care about, but very rarely will do so in a way that's critical of presidents who've come before or after them. That's the situation for former President George W. Bush. In office, he pushed for immigration reform, but he hasn't weighed in on that issue in a significant way until now. And he's doing it through art. President Bush has a new book of his portraits out. It's called "Out Of Many, One," and it features the stories of 43 immigrants. When I spoke with the former president, we talked about one portrait in the book of a man named Carlos Mendez. Mendez's parents took him to the U.S. from Mexico when he was just 9 years old.

GEORGE W BUSH: It's a compelling tale in that his dad comes up here. They're stone broke in Mexico. There are jobs in Dallas area that aren't being filled. He fills it and admittedly not here on a work visa. And so he comes up here and starts sending money home, like many people who are doing jobs that need to be done here in the state of Texas, for example. And the mother and son follow. Mom dies; dad gets injured. They live in East Texas. But the kid's a smart guy, and he gets some help along the way by caring citizens. He ends up going to a junior college in East Texas, and then Henry Cisneros finds out about him and helps him to get a green card. The DACA program saved him from being kicked out, and now he's an engineer. This is an issue, Rachel, that can be fixed. And that is - it makes no sense for our country to take kids who came here as young kids and send them home where there's no home.

So in light of that and your position on DACA, what do you make of the ongoing effort by Texas' attorney general, Ken Paxton, to have DACA protections declared unlawful?

BUSH: Well, I think Congress needs to fix it. The whole - this whole issue is one of failed government. And the reason why it's failed is because the issue is too political. In other words, people think they can score political points. And yet - hopefully this book will get people looking at the issue in a different way and that, you know, they'll realize the - like Carlos, I mean, he's making a huge contribution to our country - or will, and therefore there's a - sobriety in the debate.

MARTIN: Would you describe the effort by Attorney General Ken Paxton as helpful to this debate or unhelpful?

BUSH: No, I think anything - I think what's helpful in the debate is say, why don't we sit down and solve the problem? (Laughter). And it's a problem. And it's - in my judgment, it can be solved by saying, OK, we're going to give these people legal status.

MARTIN: You write that you hope this book will, quote, "focus our collective attention on the positive impacts that immigrants are making in our country." Do you think the contributions of immigrants have been minimized in the current immigration debate?

BUSH: I think we go through these spasms in our country where there's a nativist sentiment, where people don't focus on the positive aspects of immigration. And that needs to change. A lot of people want to make sure we have border enforcement. But the truth of the matter is, by fixing the broken system, it does make it easier to enforce the border. Right now, the asylum system needs to be fixed. The work permits need to be changed. The DACA kids need to have certainty. But I'm confident that if we can get people focused on, like the DACA issue, there's compromise to be made and a problem to be solved.

BUSH: Yeah. No, here's what I support. I support fixing it. Right? So I'm not going - see, that's a political question, and I appreciate your attempts to draw me into the politics of immigration. (Laughter). I think the less politics involved in any discussion is...

MARTIN: What does that look like to you? You've mentioned DACA protections.

BUSH: Well, it looks like, for example, more asylum courts, more asylum judges on the border. It means having more H-1 visas and H-2A visas. It means dealing with the undocumented who have been here for a long time and pay taxes. It's - there's a lot of moving pieces.

MARTIN: Near the end of your time in office, you tried to pass a bill that would have granted a pathway to citizenship for the more...

MARTIN: ...Than 11 million people living in the country illegally.

BUSH: Well, thanks for bringing up my failure.

MARTIN: (Laughter) It did fail, in part because your own party didn't support it in the Senate.

BUSH: Not really - that's not true. It failed because - first of all, we had a very bipartisan bill moving. Ted Kennedy, McCain, a lot of Democrats...

MARTIN: You definitely had Democratic support. You had at least a...

MARTIN: ...Also had roughly a dozen Republicans who supported it, so that wasn't nearly enough.

BUSH: No, we had enough going. But I think history would show, Rachel, that this was an issue that was not allowed to move forward because of the leadership in the Senate, who happened to be Harry Reid.

MARTIN: We've talked about the intransigence of this issue, the politicization of this issue. I mean, do you think today is any better?

BUSH: No, I don't. And that's why I hope this book and other efforts that we're putting forth at the Bush Center and elsewhere will help focus the attention on a - well, first of all, what's changed is the system is clearly broken, and most people know that. And now the question is, how do you fix it?

MARTIN: I would be remiss in my job if I did not ask you if you think President Trump bears any responsibility for minimizing the contributions of immigrants.

BUSH: I know now you've brought up President Trump and President Biden both, trying to draw me in to comment on my successors. And I don't think - you know, I'm not going to do that. I've been very disciplined about that. I'm not going to do it now. All I know is that we've gone through a period of high populist drama. And throughout our history, these populist streaks create a sense of isolationism, protectionism and nativism. And I didn't like characterizations of immigrants in harsh terms, and therefore I am attempting to join others in saying the system's broken; let's fix it.

Thank you for your time. 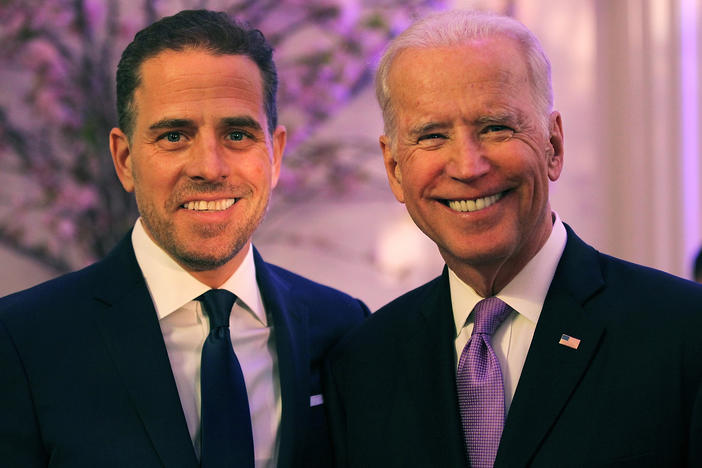 Through Decades Of Addiction, Hunter Biden Says His Family Never Gave Up On Him

Hunter Biden's new memoir is a story of his years of alcohol and drug addiction. He tells NPR that the one constant was the love of his family: "Their light was never not seeking me out." 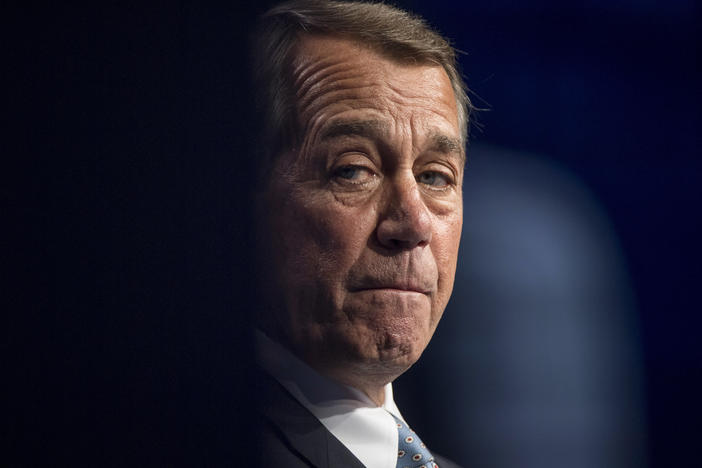 John Boehner On The 'Noisemakers' Of The Republican Party

Boehner was the Republican speaker of the House during much of the Obama presidency. His new memoir recounts his time leading House Republicans — even if that meant doing things he personally opposed. 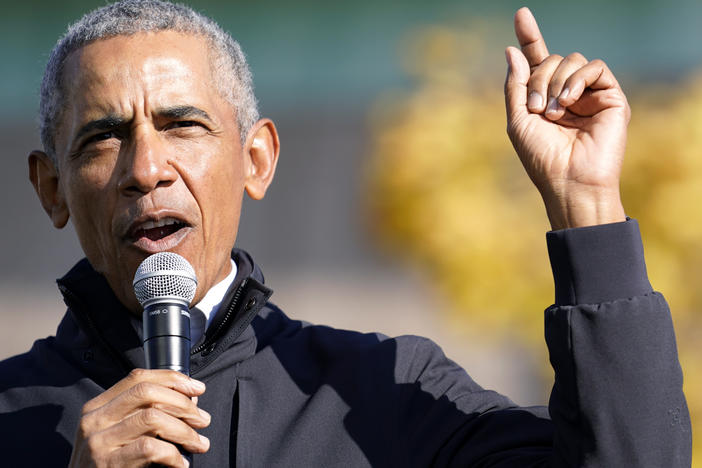 In an interview with NPR, the former president offers some of his most wide-ranging remarks on the outcome of the election and says Trump will fail in "denying reality."