The United States is imposing new sanctions against Russia. These are the first new sanctions against Russia during the Biden administration. The U.S. says it will block American investors from buying Russian bonds and expel some Russian personnel from this country, among other steps. These are responses to a massive cyberattack that the administration now formally blames Russia for. NPR White House correspondent Scott Detrow is on the line. Scott, good morning.

DETROW: Well, it's hard to - where to start when it comes to various tension points with Russia right now. This is a response to several different aggressive acts - the SolarWinds hack, that major intrusion of government and corporate computer networks. The White House now says U.S. intelligence has high confidence that Russian intelligence was responsible for that. And that's more definitive than what the Trump administration was saying in early January. There is, of course, Russian attempts to interfere in the elections. There is an ongoing substantial buildup of Russian troops along the Ukraine border, something that's really alarming Western Europe and the U.S.

And this was interesting today. There have been those reports, remember, from last year that Russia placed bounties on U.S. troops in Afghanistan. This morning, White House officials said U.S. intelligence had low to moderate confidence in that, as opposed to that high confidence about SolarWinds. And they made it clear that's not part of the reasoning for today's sanctions.

INSKEEP: So SolarWinds is the biggest single reason, but they're also thinking about elections and it seems generally thinking about issues that the previous president downplayed because he was being so deferential to Russia.

DETROW: That's right. Biden had made it clear throughout the campaign, the transition, early on that he was going to treat Russia differently and be tougher. That being said, there's a lot of sanctions skepticism out there. Major sanctions were put in place after Russia invaded and occupied Crimea in 2014. They're still there.

DETROW: Of course, you know, as you mentioned, for four years, the Trump administration took a much less confrontational tone with Russia. President Trump was often dismissing U.S. intelligence assessments of Russian aggression. And expecting this criticism that are sanctions enough if you're saying you're going to be much tougher, the Biden administration was arguing this morning that these moves do have teeth, particularly this step barring Americans from investing in the Russian bond market.

One official told reporters they see a move like that having a chilling effect on the Russian economy and driving up interest rates, among other things. And the goal is to send a signal that cyberattacks will lead to retaliation, even though at the same time the administration is saying, look, we want to have a good relationship with Russia. We don't want to create a cycle of escalation here.

INSKEEP: Well, if they're sending this signal, how does that mesh with the other signal they're sending by President Biden calling up Vladimir Putin and saying, I'd love to have a meeting?

DETROW: Yeah. You really wonder what specifically they talked about and whether Biden hinted that these sanctions were coming. They spoke earlier this week. It was their second phone call. Biden has had this tougher line. Remember, recently he called Vladimir Putin a killer in an interview with ABC News.

But he did say that - and I should mention he did extend a nuclear treaty with Russia very early on in the administration. And he and Jake Sullivan, his national security adviser, are saying they want to have a good relationship. They think it's important to have this face-to-face meeting at some point in the next few months. But the early response today from the Kremlin is that they view these sanctions as an escalation, not the proportional response the administration is framing it as. And they're saying these steps make a summit a lot less likely.

INSKEEP: Scott, pleasure talking with you, as always. Thanks. 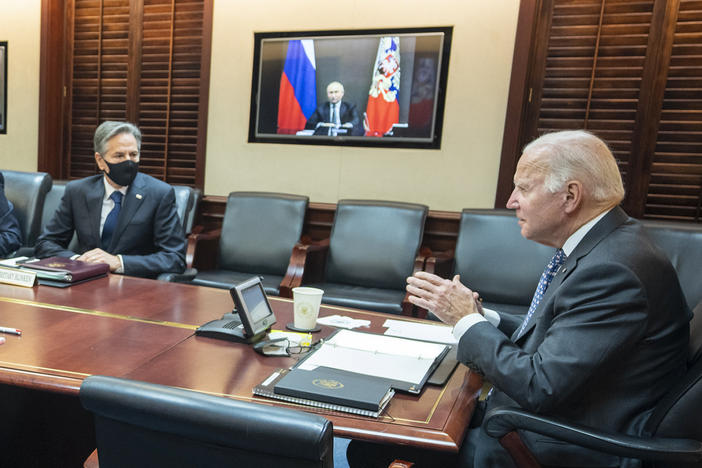 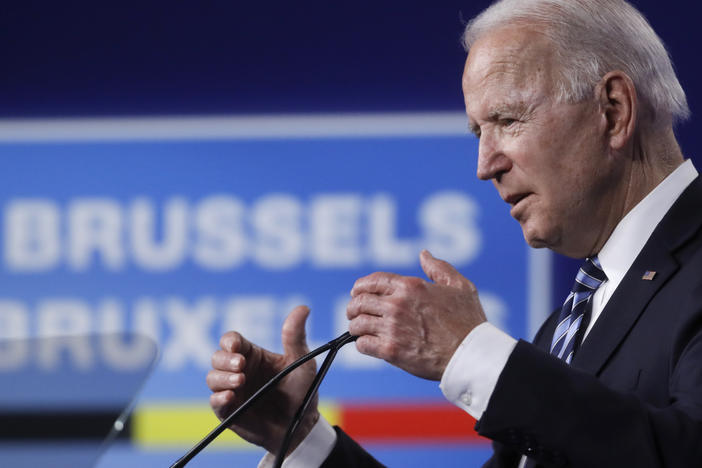 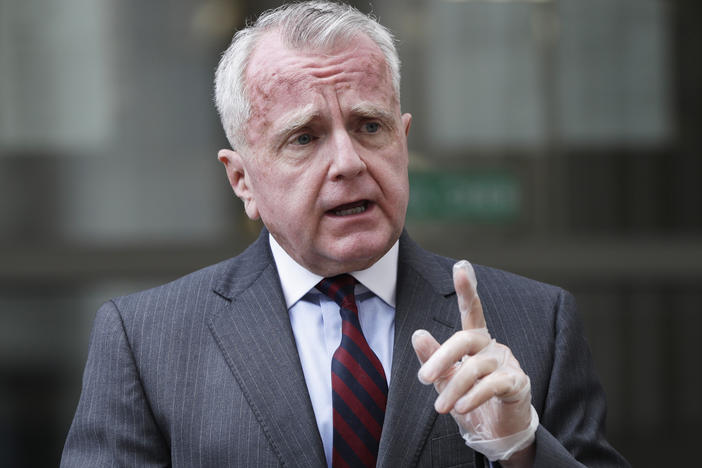 John Sullivan is returning for "consultations" after a new round of tit-for-tat sanctions between Moscow and Washington last week.