Kentucky Law Limits Use Of No-Knock Warrants, A Year After Breonna Taylor's Killing 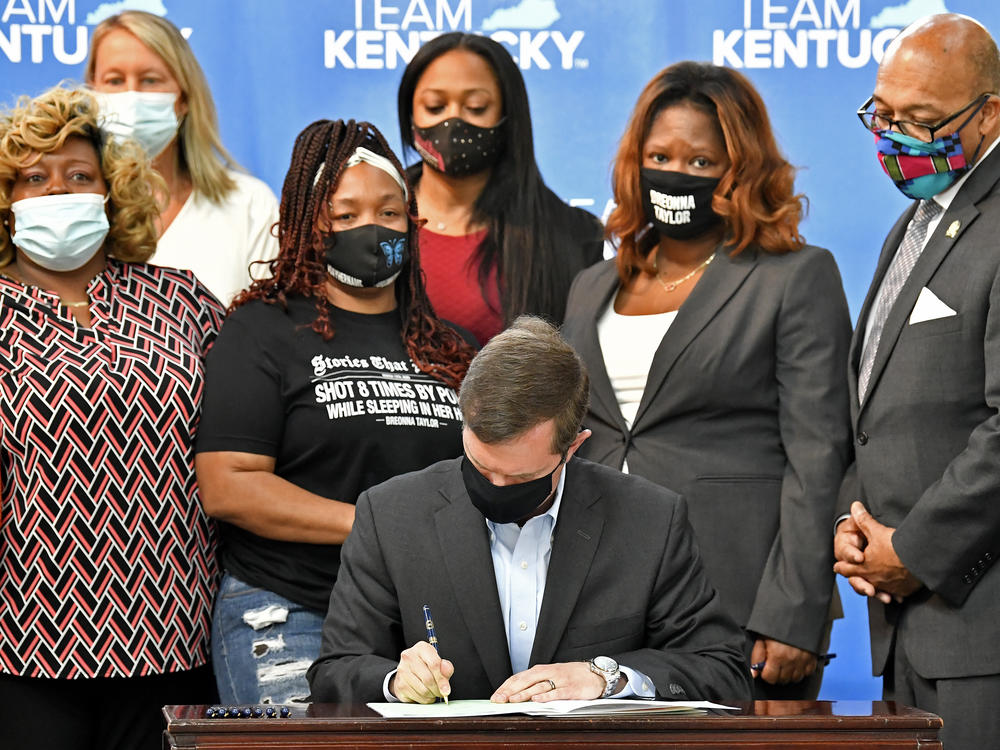 Kentucky Gov. Andy Beshear signs a bill on Friday limiting the use of no-knock warrants statewide. The governor was surrounded by members of Breonna Taylor's family including her mother, Tamika Palmer (standing behind Beshear at left).

Kentucky Gov. Andy Beshear signed a bill into law limiting the use of no-knock warrants on Friday, just over a year after the police killing of Breonna Taylor that sparked calls for change in Louisville and beyond.

The 26-year-old EMT was fatally shot in March 2020 during a botched police raid on her home, and her name has since become a rallying cry at protests demanding police reform and racial justice. State Sen. Reggie Thomas, who co-sponsored the bill, described it at the signing ceremony as "a step in the right direction."

"We were asked repeatedly to say her name; I think we heard her name," Thomas said of Taylor. "I hope with the signing of this legislation today that there will be no other names, ever, here in Kentucky, that we'll have to say or hear again."

Beshear, a Democrat, invited members of Taylor's family to stand with him as he signed the bill, which passed the Republican-controlled legislature late last month. It prohibits law enforcement's use of warrants "authorizing entry without notice" except in certain circumstances.

No-knock warrants are still permitted, for example, in situations where "the crime alleged is a crime that would qualify a person, if convicted, as a violent offender" or if "giving notice prior to entry will endanger the life or safety of any person."

Such warrants must be executed by a specially trained response team equipped with body-worn cameras and "clearly identifying insignia," Beshear's office said, noting that counties with a population of less than 90,000 can get a court-approved exemption. An EMT must be on site to provide medical assistance, and entry without notice can only occur between the hours of 6 a.m. and 10 p.m. unless a court determines otherwise.

The police raid that killed Taylor — in which she was not a target, and the suspect police were searching for was not present — unfolded in the early morning hours of March 13, 2020. Her boyfriend, mistaking the entering officers for intruders, fired his gun; they returned fire and shot Taylor multiple times.

"I am signing Senate Bill 4 to help ensure no other mother knows Tamika Palmer's grief at the loss of her daughter Breonna Taylor," Beshear said. "This is meaningful change and it will save lives."

Taylor's family and racial justice advocates are continuing the push for accountability and justice in the case.

At least three officers involved with the raid have been terminated from the force, but none of the officers who fired their weapons face criminal charges directly over Taylor's death. In September, Louisville announced a $12 million settlement in a wrongful death lawsuit filed by Taylor's family, which also included a series of local police reforms.

A more comprehensive version of the ban was introduced in the state's House of Representatives over the summer, but lawmakers voted last month to move forward with the Republican-sponsored proposal.

Louisville Democratic Rep. Attica Scott, the primary sponsor of the House bill in Taylor's name, outlined some of the differences between the two pieces of legislation in an interview with NPR.

In addition to banning no-knock warrants, the House bill mandated alcohol and drug testing of officers involved in "deadly incidences" and was named "Breonna's Law for Kentucky." The Senate version allows no-knock warrants in certain situations and does not include the substance testing stipulation or any references to Taylor.

Upon the Senate bill's passage, Scott tweeted that it "is not Breonna's Law."

"It falls short of the people's demands and is another example of performative politics," she said. "It gets us closer to justice, but this ain't it. I voted Yes because daughters like mine deserve a chance to live without wondering if they will be next."

Taylor's family told CNN through an attorney that while they had hoped for a complete ban on n0-knock warrants, they were "encouraged" by the legislation and believed it would save lives.

The American Civil Liberties Union of Kentucky issued a statement Friday applauding the new law as "an excellent first step in reimagining the role of police in community safety," but said the measure does not go far enough in providing justice for Taylor and change for the community.

It said the bill's unanimous support in the Senate — and its 92-vote passage in the House — showed the need for such reform, and urged advocates and policymakers to continue pushing for further improvements to public safety. 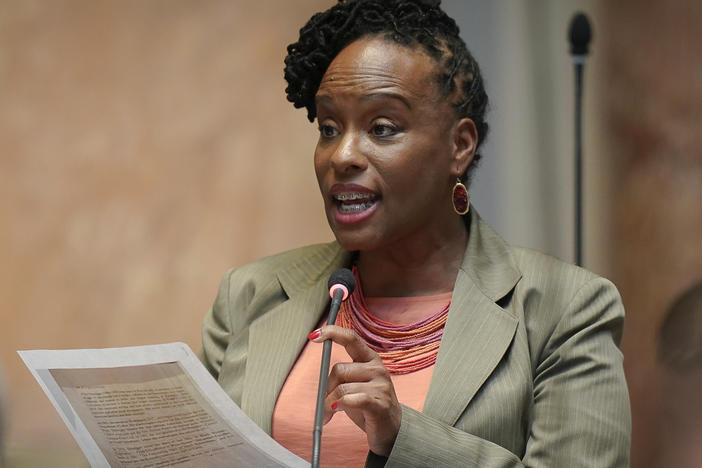 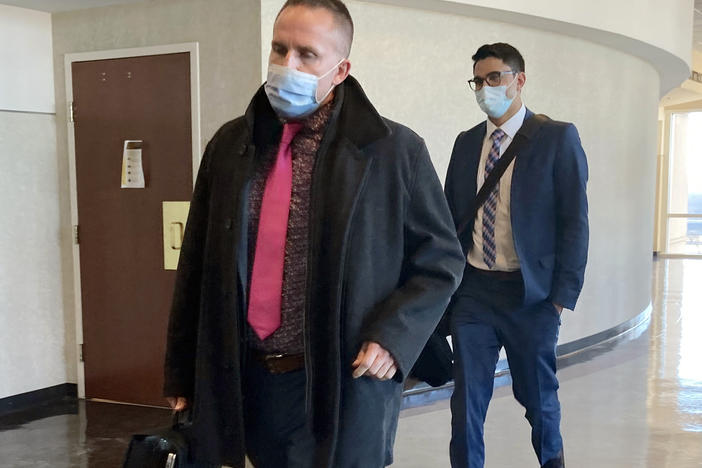 Brett Hankison fired 10 shots near a side door during the 2020 raid in Louisville, Ky., but none hit Breonna Taylor. Prosecutors say the bullets endangered her neighbors — a couple and their child. 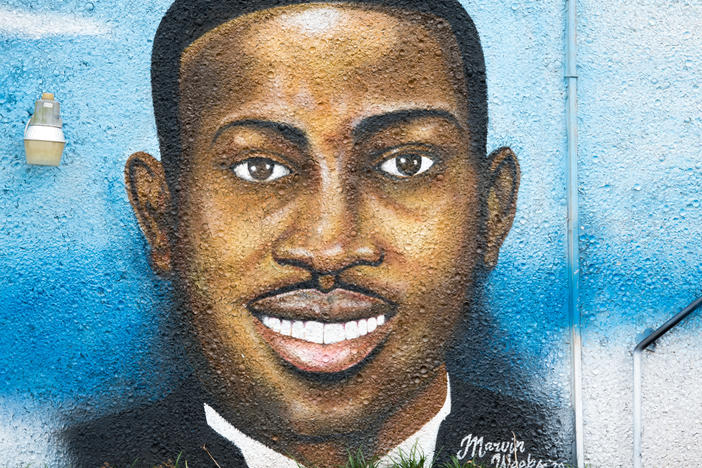 The suit names Gregory and Travis McMichael, as well as William "Roddie" Bryan, who are all facing felony murder charges in connection with Arbery's death.