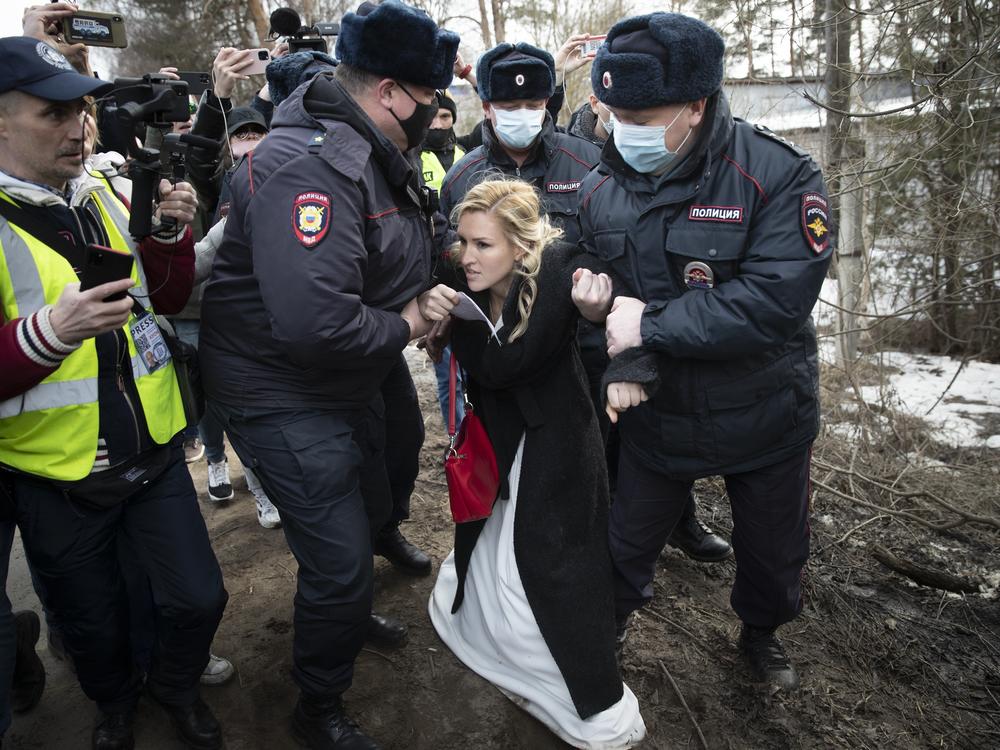 Caption
Police officers Tuesday detain Alliance of Doctors union leader Dr. Anastasia Vasilyeva outside a prison colony in Pokrov, Russia, east of Moscow. A group of doctors gathered at the prison colony where opposition leader Alexei Navalny is being held.

MOSCOW — Russian police said Tuesday they made a number of arrests outside the prison where opposition leader Alexei Navalny, 44, is being held. Navalny began a hunger strike last week, protesting the lack of medical care for pain in his back and a loss of sensation in both legs.

Doctors allied with Navalny trekked to the gates of the penal colony in Pokrov, about 60 miles east of Moscow, to demand access to him. Police said they made nine arrests, including that of Dr. Anastasia Vasilyeva, the head of the independent doctors union Alliance of Doctors, and one of Navalny's physicians.

The union later tweeted that Vasilyeva was released, though three of her colleagues were still in police custody. A CNN news team was also briefly detained.

In February, a Moscow judge sent Navalny to prison for 2 1/2 years over violating the terms of a 2014 conviction that the European Court of Human Rights later ruled was unfair. Navalny was arrested the moment he returned to Moscow from Germany, where he had been recovering from a poison attack with a rare nerve agent that he blames on Russian President Vladimir Putin.

Putin, who refuses to utter Navalny's name in public, has denied any involvement in the poisoning. Even though the Kremlin has suggested that Navalny is too insignificant to warrant its attention, he was barred from running against Putin three years ago. After nationwide protests following Navalny's January arrest, the authorities responded by arresting more than 10,000 people in a widening crackdown on dissent.

Navalny has built a national following on social media and continues to post from prison via his associates. On March 26, he first complained about his health, saying he hadn't mentioned it before in the hope he would get medical attention from prison authorities. He announced his hunger strike five days later. On Monday, he wrote that he had a temperature and a bad cough — and that three fellow prisoners were being treated for tuberculosis.

Olga Mikhailova, one of Navalny's lawyers, told Moscow radio station Ekho Moskvy on Tuesday that there are no doctors at the Pokrov penal colony. She said some 2,000 doctors had already signed an open letter demanding Navalny be examined by specialists he trusts, including from the German clinic that treated him after his poisoning.

"All necessary actions are being taken. Naturally, any special treatment for one of the convicts is out of the question," Dmitry Peskov, Putin's spokesman, told reporters in Moscow. "If we're really talking about a sickness, then the corresponding treatment will be provided."

For now, the Kremlin's unyielding stance toward Navalny and his supporters appears to have been successful in suppressing dissent. Navalny's allies have not called for any more rallies since January and said they won't announce the next protests until a half-million Russians sign up on a special website. As of Tuesday, the number of registered protesters was just over 395,000.

The Kremlin's relentless media campaign against Navalny has also borne fruit. A poll published by the independent Levada Center this week shows that 48% of Russians believe the court ruled fairly in Navalny's case, while 29% did not.

Still, as long as Navalny is in jail and in poor health, he will remain on the international agenda.

In a videoconference with Putin last week, French President Emmanuel Macron and German Chancellor Angela Merkel brought up Navalny's condition, sending a message that Western leaders will not forget about him. 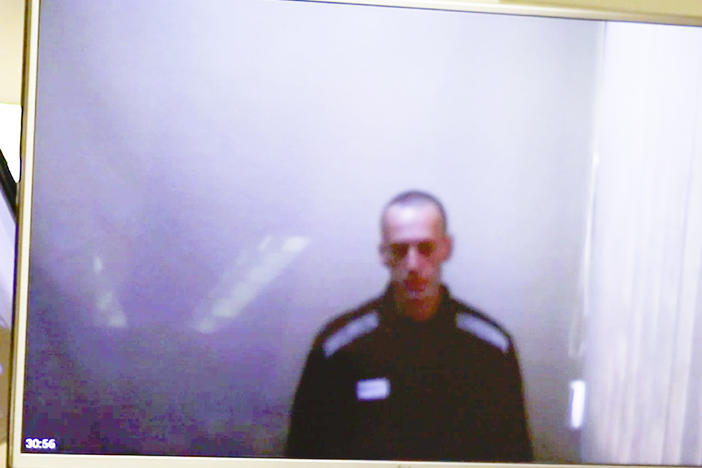 The Kremlin critic looked gaunt after a weeks-long prison hunger strike. He appeared as the head of his political network said it was being forced to shut down amid government pressure. 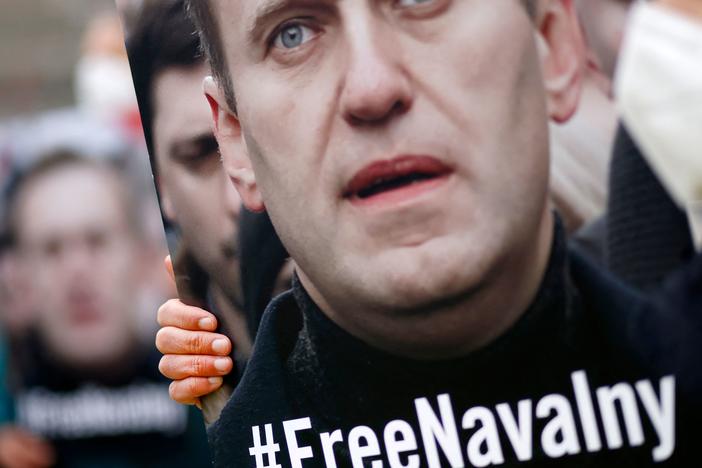 The jailed opposition leader's political network has been ordered to suspend its activities pending a court ruling on whether to label it and affiliated organizations "extremist." 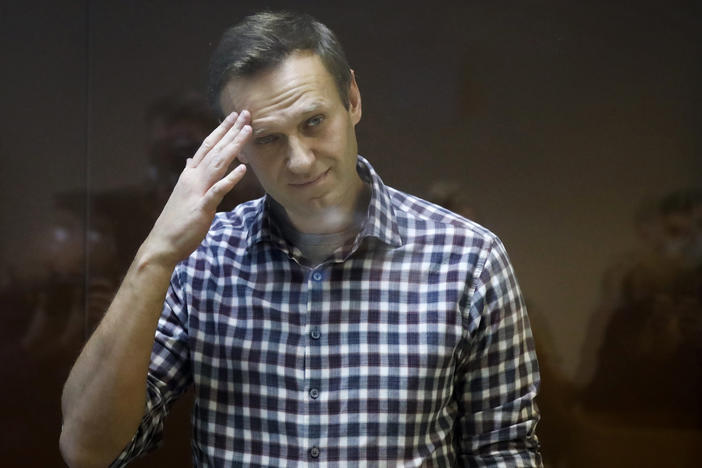 The fierce critic of Russian President Vladimir Putin began refusing food on March 31 to demand medical care for leg and back pain.