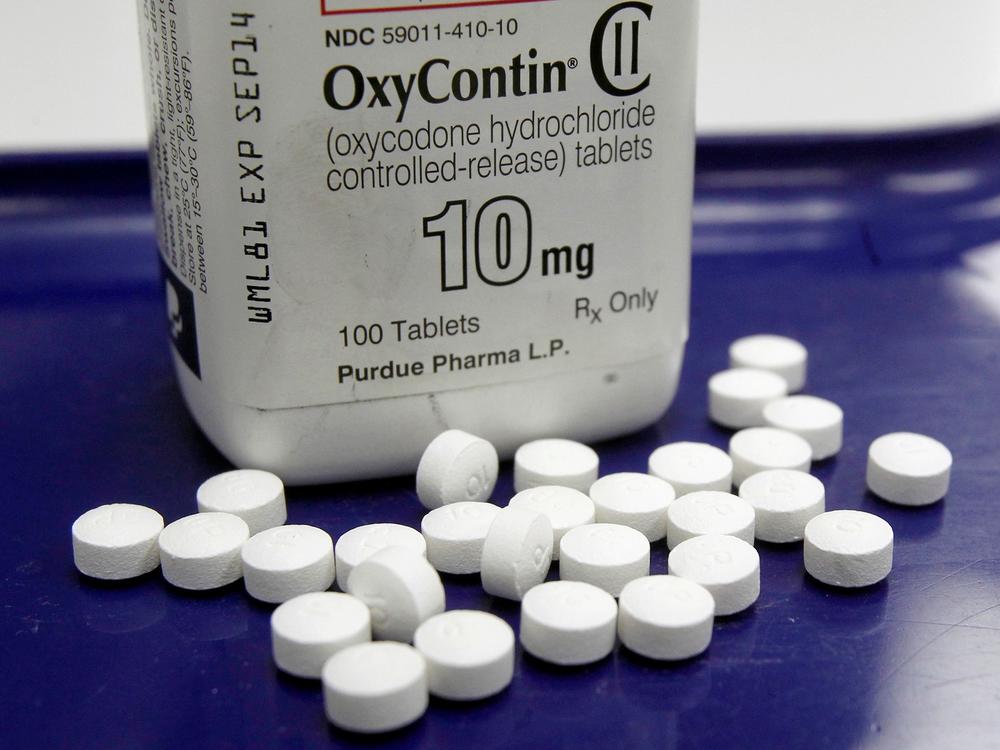 A federal judge extended a block on lawsuits against members of the Sackler family, owners of Purdue Pharma, until April 21. The drug-maker filed for bankruptcy in 2019, facing an avalanche of claims linked to the marketing and sale of its highly addictive painkiller OxyContin.

Federal bankruptcy Judge Robert Drain extended an injunction on lawsuits against members of the Sackler family, owners of Purdue Pharma, until April 21.

Drain made the ruling Wednesday from his court in White Plains, N.Y., while urging parties to move swiftly to hash out a final deal over the future of the embattled drug company.

According to Drain, however, that kind of legal scrum would "irreparably harm the ability to conclude these negotiations."

He also suggested the threat of new state lawsuits against the Sacklers was a "misguided" effort to gain leverage over the family in bankruptcy talks.

At issue is how Purdue Pharma and its owners will be held accountable for their role in an opioid epidemic that's killed more than 450,000 Americans.

The drug-maker filed for bankruptcy in 2019, facing an avalanche of claims linked to the marketing and sale of its highly addictive painkiller OxyContin.

Last year, the company also pleaded guilty, for a second time, to federal criminal charges linked to its opioid practices.

Members of the Sackler family who own the private firm and served on its board of directors maintain they did nothing wrong.

As part of bankruptcy talks, they've offered to give up control of the company and pay roughly $4.2 billion. 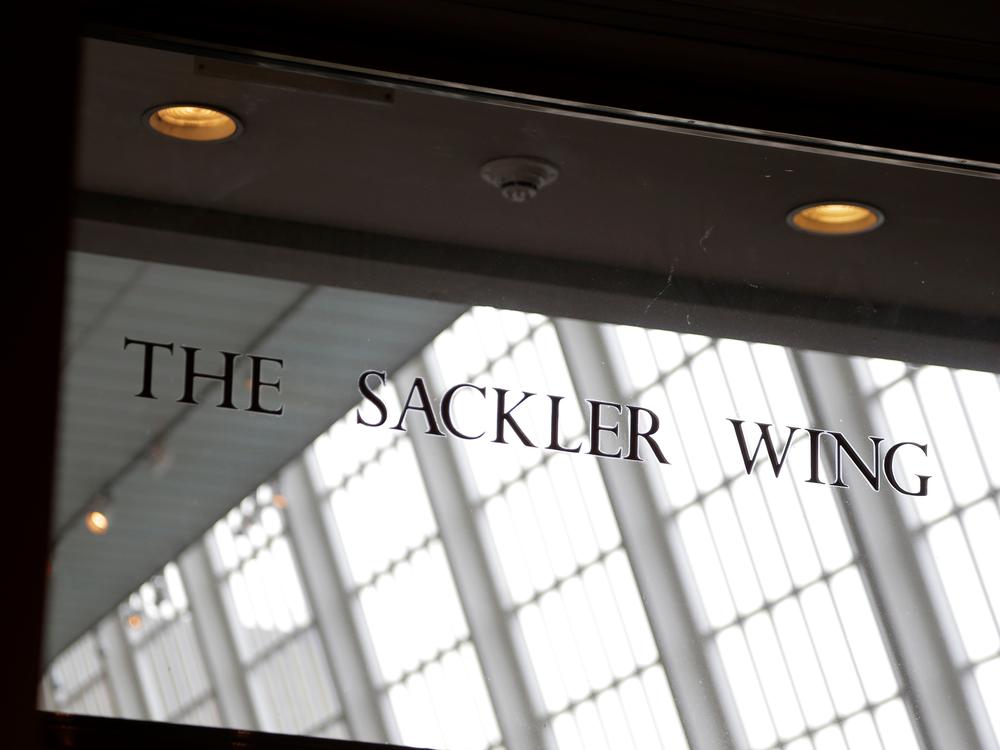 In this Jan. 17, 2019, file photo, a sign with the Sackler name is displayed at the Metropolitan Museum of Art in New York. The Sackler family wealth has become linked to sales of OxyContin, and their company, drug maker Purdue Pharma, is attempting to settle lawsuits over the opioid crisis.

In exchange, under the current deal on the table, the Sacklers would keep much of their wealth, admit no wrongdoing and be sheltered from future opioid lawsuits.

Critics of the plan, including many state attorneys general and victims' advocates, say it allows family-members to keep too much of their opioid profits, while keeping secret many of their activities.

Last week, NPR reported that an extensive investigation into the Sacklers' culpability had been conducted as part of the bankruptcy process, but the findings are being withheld from public scrutiny.

"What the American people want is for the Sacklers to be held accountable and to not use the law to avoid justice," says Mike Quinn, an attorney who represents opioid activists and victims in the bankruptcy process, in a statement to NPR.

But in Drain's remarks Wednesday, he rejected the argument that separate lawsuits might force the Sacklers to pay more money or disclose more details of their personal role in spurring the opioid crisis.

While Wednesday's ruling was a victory for the Sacklers, there are major issues dividing the parties involved in the bankruptcy talks.

One sticking point appears to be how much of their private wealth the Sacklers will ultimately forfeit. Another question involves whether the Sacklers might also be sheltered from future criminal prosecutions, as well as civil liability.

Drain says it might help finalize talks if the Sacklers would agree to donate more of their money to help people and communities hurt by the opioid crisis, in addition to the $4.2 billion stipulated in the settlement.

"There is absolutely nothing preventing the Sacklers from making an additional charitable contribution," Drain says. "Which, I would hope would resolve an impasse with the non-consenting states and address the fundamental cloud hanging over [the Sacklers]."

The parties now have until April 21 to reach a deal when the next major hearing in the case is scheduled. 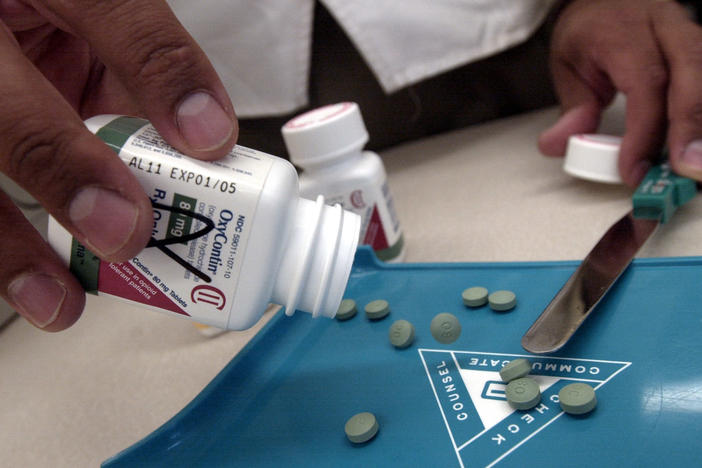 Massachusetts and New York are among the states agreeing to end the fight to halt a controversial Purdue Pharma bankruptcy plan. The deal shelters members of the Sackler family from opioid lawsuits. 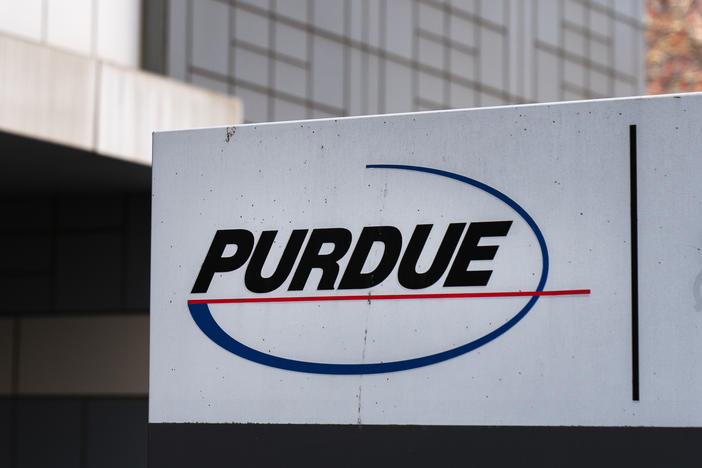 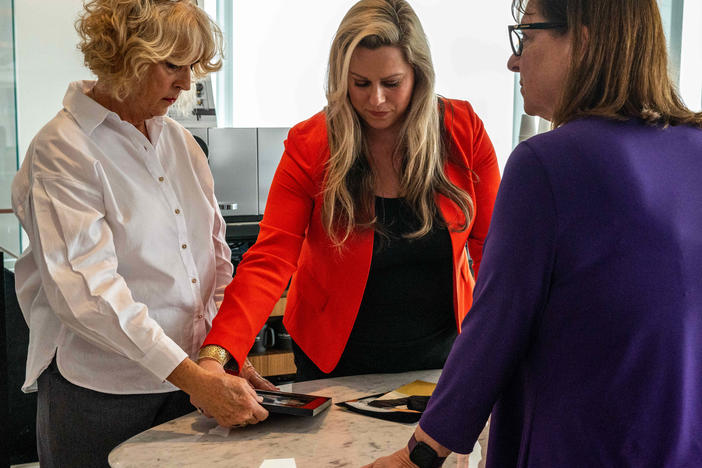