A Grandson's Gift — A Spotlight — For His Grandfather's WWII Band 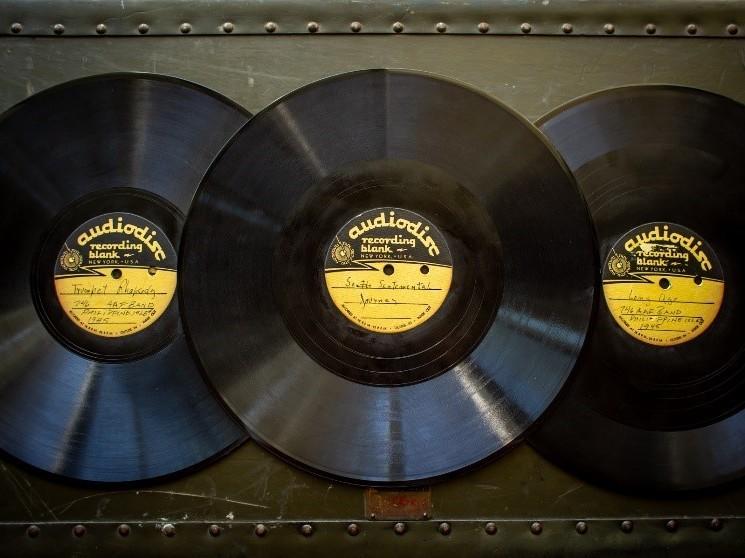 He had listened to stories about the 746th Far East Air Force Band boosting morale for servicemen on the front lines of the Philippines theater.

But, for decades, the family hadn't seen his grandfather's vinyl recordings of the ensemble until 2019, when they were clearing out their grandparents' house.

"I knew they were around, and I was kind of hoping they would turn up at some point. And we found them in the attic," Burt told NPR's Morning Edition.

Last year, the pandemic gave him time to borrow a record player and finally listen to his late grandfather's Army Air Force band.

"I put the music on and it was like my own private concert with my grandpa," he said. "It was like he'd never left. I was back in 1946 and getting to hear my ... grandpa and his young lungs playing the trumpet." 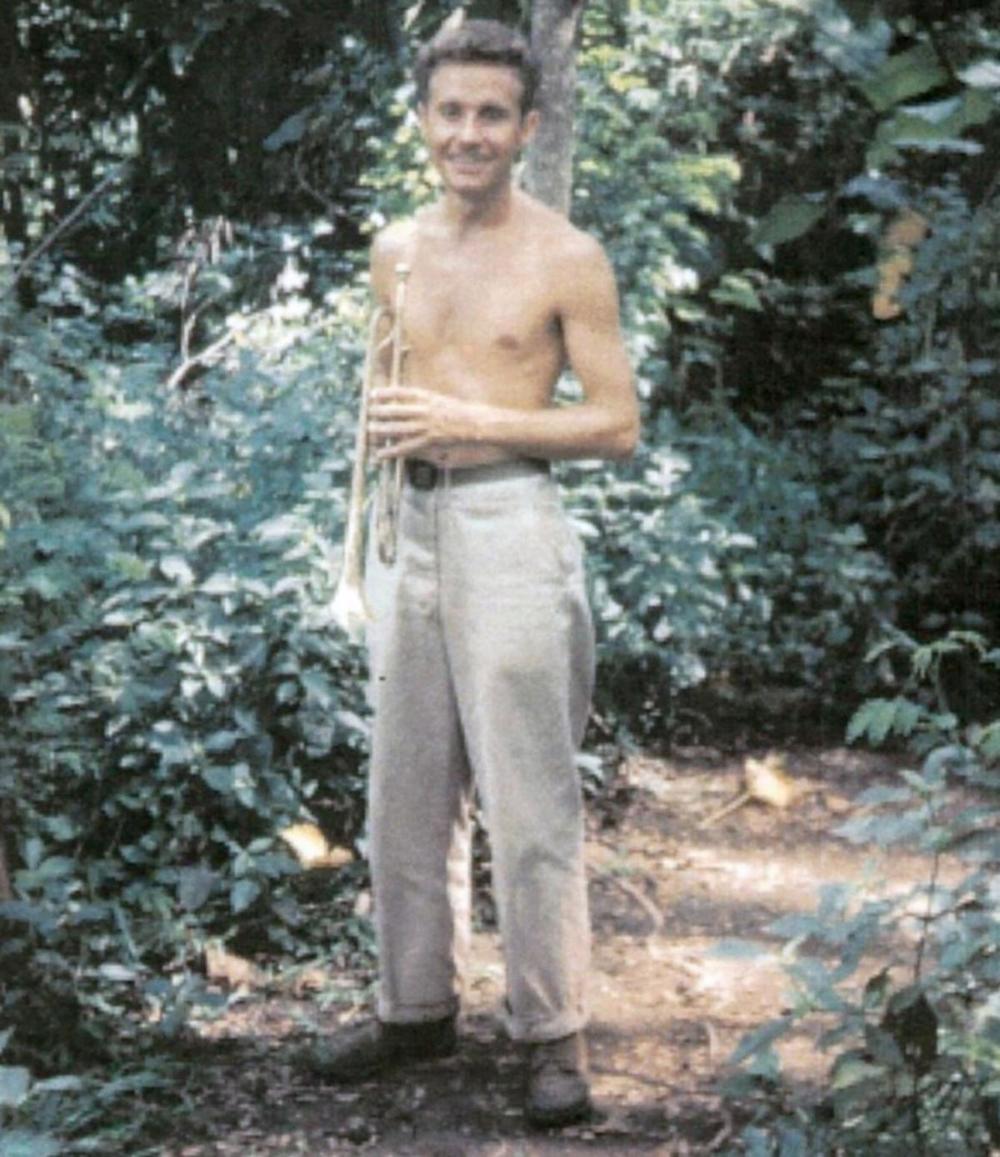 Richard Burt would walk into the jungle outside of camp to avoid waking other WWII servicemembers with his trumpet practice. Here, he returns from a practice session in 1945 in the Philippines.

Burt, a middle school history teacher and historian, believes this album is the only known recording of a front line band from WWII to have surfaced.

"When the album ended, I knew what direction I needed to go with it."

He published an album, Sentimental Journey by 746th FEAF, last year for Veterans Day. It consists of swing tunes, mostly ballads, along with the upbeat "Perdido," all recorded 75 years ago at a camp outside Manila.

Sentimental Journey ends with an oral history from his grandfather, Richard Burt, recorded in 1986, detailing his wartime career, including performances on a makeshift stage near the front lines.

"All of the men who came to see the show, came in their ponchos with their helmets on and their rifles sticking out," he said. "Across the ravine, there would be sounds of automatic weaponry. You could see the flashes, every once in a while, that the shooting made."

He continued: "That was as close as I ever came to any type of fighting during that war."

As a young private first class, Richard Burt was devoted to music. He played lead trumpet in the 746th FEAF band.

In the 1986 oral history recording, he recalled lugging his muted horn away from camp in the Philippines to avoid waking his Army comrades with his hours of practice.

"I remember going around a tree in that narrow little trail, with the foliage quite high," he said. "All of a sudden there was a terrific noise, and I just froze with my heart in my throat. My hand went to my marine knife that I had strapped to the belt. And then I saw this beautiful bird go flying off into the trees. And I breathed, really, a sigh of relief."

In January 1946, the war was over. "It was decided, because the unit was breaking up, that it would be fun to record the group," Richard Burt recalled in the oral history.

The 746th FEAF band recorded the album using a single microphone and a portable wire recorder. The master recordings were transferred to vinyl. Richard Burt took them home and stored them in a basement, where they "got a little mildewed," he said.

The trumpeter solos on "Moonlight in Vermont" and "Trumpet Rhapsody," among other numbers. He would go on to train at The Juilliard School in New York City after the war. However, he favored family and teaching over a performing career. He died in 2016 at 92.

Jason Burt, 36, asked for help from Grammy award-winning sound engineers to restore the album, and he hopes his grandfather's record wins the Grammy award for Best Historical Album in 2022. He plans to direct a portion of the proceeds to the USO, a non-profit that entertains servicemembers.

"This was always something, for me, that I could do for him and his bandmates from the war: to really give my grandpa that professional musicianship spotlight that he never had," he said. 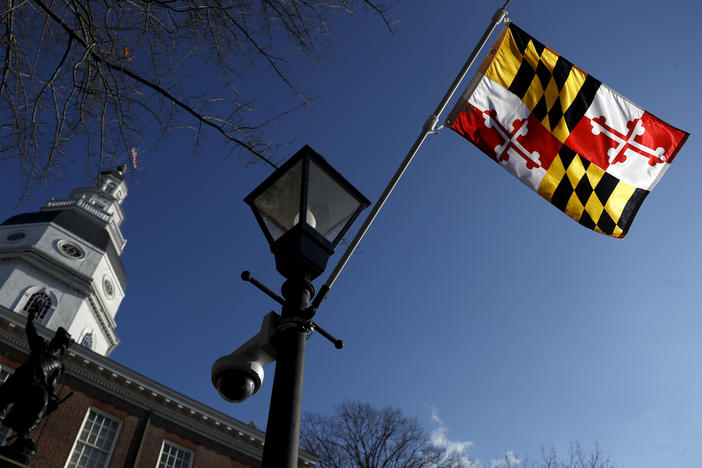 Maryland, though a slave-holding state, did not secede from the Union and attempted to maintain neutrality during the Civil War. The song was a full-throated defense of the Confederacy. 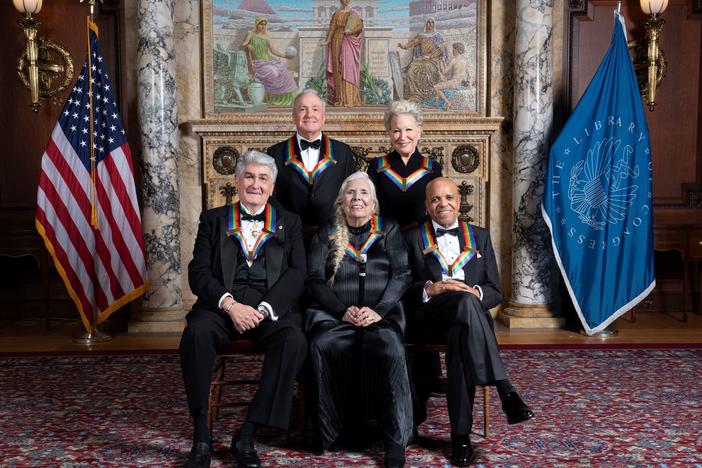 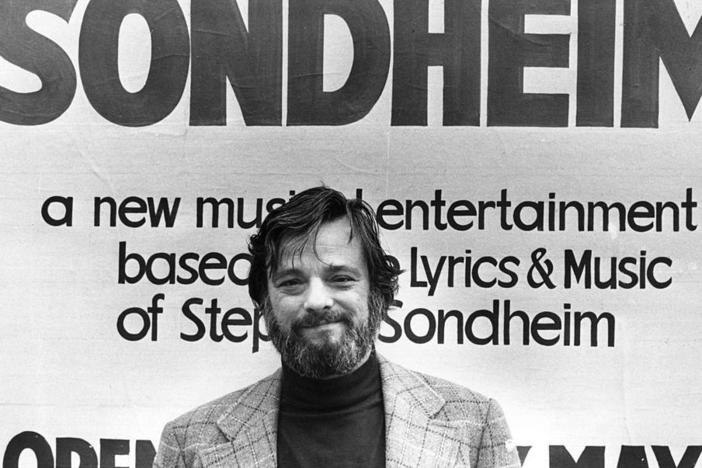 Stephen Sondheim, the Broadway legend, has died at 91

The celebrated composer-songwriter died on Friday. He had won several Tonys and Grammys, as well as an Oscar and Pulitzer, for musicals including West Side Story and Company.