The average age of farmers in the U.S. is nearly 60 years old. That means younger farmers are urgently needed. A third of U.S. farmland is expected to change hands by 2035.

A third of U.S. farmland is expected to change hands by 2035, as a lot of farmers head into retirement. But some young farmers face a barrier their parents did not - student loan debt. Christina Stella of member station NET reports.

CHRISTINA STELLA, BYLINE: March will be a busy month for Cait Caughey, a first-generation farmer selling produce, herbs and native plants in southwest Iowa. She'll spend hours planting in the tiny greenhouse on her front lawn, flanked by vast cornfields.

CAIT CAUGHEY: Oh, my gosh. From now until the end of May, I will be in here.

STELLA: But if all goes according to plan, they'll finish growing in her biggest investment yet.

CAUGHEY: Fingers crossed. We don't know what's going to happen with, like, the mud puddle (laughter) - nature of March and April. But the new greenhouse will be up, and I'll be able to move all of the larger seedlings into there.

STELLA: Without her landlord's permission, scaling up wouldn't be possible. Caughey has about $60,000 in student loan debt and can't afford farmland. She says that's just one way the loans loom over her life. In agriculture, she says land ownership means security. Losing the lease could end her career.

CAUGHEY: This area where the buildings are, this is probably about two acres, but just, like, where all these buildings are. So...

STELLA: The National Young Farmers Coalition says Caughey's story is a common one, highlighting some of the biggest challenges facing first-generation farmers today - access to land and money. Members have consistently ranked student debt as a top-three barrier to getting both. A 2017 survey by the nonprofit found that more than 80% had college degrees, but fewer than half owned all of their land. Beginning farmers of color can face steeper barriers. Nonwhite students in the U.S. are more likely to take on more student debt and struggle to repay it.

SARAH CAMPBELL: It's certainly a challenge because you're already, like, carrying debt and then seeking to get into a business that can be very expensive to capitalize.

STELLA: Melanie Kirby, who descends from the Tortugas Pueblo tribe in New Mexico, says her $100,000 debt and a lack of generational wealth locked her out of buying the land she needed to expand her queen bee business, which she started in 2004.

MELANIE KIRBY: For a long time, I've almost felt slightly like a failure that my farm couldn't make more money, and yet we sell out of everything we can produce every year.

STELLA: Fifteen years later, Kirby still doesn't have any retirement savings. Many farmers often sell off their land to fund their retirement. She says for debt-strapped farmers, especially Black, Indigenous and other people of color, the math often feels simple - no land, no assets; no assets, no future in the industry.

KIRBY: They can't even dream or envision or feel that some of those things are within reach because they're struggling with day-to-day survival. It breaks my heart because we're in our ancestral homelands, and yet we're displaced.

KIRBY: I want to have something that I can offer my children, whether they want to stick with it or they can chop it up and sell it off.

STELLA: She says student loan debt is just one of the many obstacles facing young producers. But with so much land coming up for grabs soon, Kirby says the government is missing an opportunity to invest in the next generation of farmers. 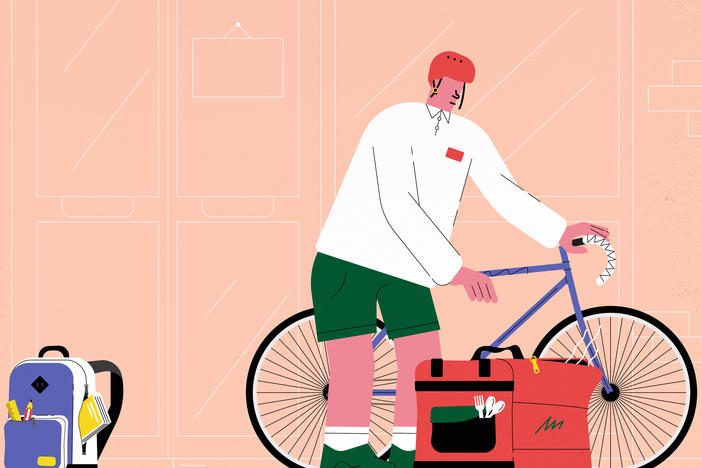 Florida's school districts consider whether to require masks. The latest data on a recovering job market is released Friday. A sprinter from Belarus, who fled the Olympics, is now in Poland. 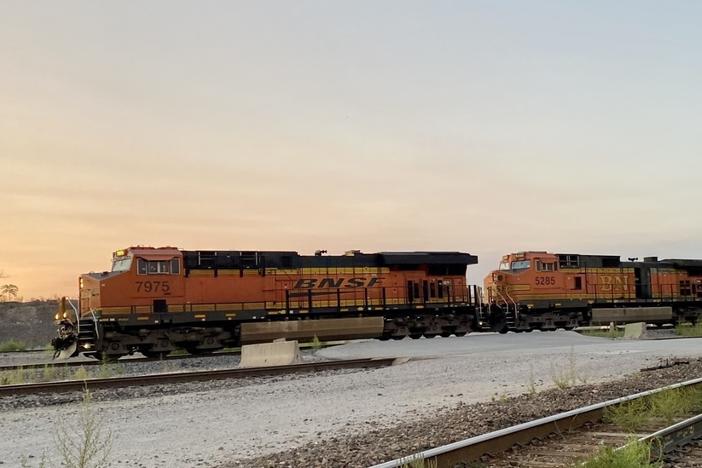 Freight railroads could stop rolling at midnight Friday if negotiators don't stop a looming strike over working conditions. Congress could end a strike quickly, but a brief shutdown hurts the economy.