The monthly checks would mark a big shift in the federal government's approach to child poverty. One study estimates they could cut the number of poor children by half.

How much would an extra $250 or $300 a month per child help struggling families? The Senate passed a child benefit that's the first of its kind in the U.S. as part of President Biden's COVID relief plan. NPR's Anya Kamenetz talked to three mothers across the country to find out what this money would mean.

SHEWONA FORD: It was bone cold in here. Like, we could see ourselves talk in the kitchen. We barely could come out of our rooms.

FORD: Me and my kids sat in the bed for long, and I just kept on playing "ALF" for them and "Small Wonder." And so I thought I'd show them the things that I used to watch when I was a kid with my mom.

KAMENETZ: Ford lives in subsidized housing. She has eight children ranging in age from 1-year-old to 18. She's not working right now. At her most desperate, she says, she has shoplifted to provide for them.

FORD: I was homeless, and I was jobless. And I would pick up things out of the store that I had no business doing. But I still was a nonviolent person. I just wanted to make sure my kids ate or they had clean underwear.

KAMENETZ: One in 7 children in the United States are growing up in poverty, and 70% of them are children of color. The pandemic has pushed a disproportionate number of Black and Latina women, as well as single mothers, out of the workforce. In fall 2020, the Center on Budget and Policy Priorities found 4 out of every 10 children in the United States lived in households struggling to afford the basics.

ANTONIA GONZALEZ-CARO: So right now, things are a little bit tough just living on one income.

KAMENETZ: Her husband puts up drywall, but the work has been erratic.

GONZALEZ-CARO: Throughout the months, he's been working sometimes two weeks, three weeks. This past month, he only worked one day per week.

KAMENETZ: They've spent down their savings and borrowed money from her parents to get by. Gonzalez-Caro says if she had a monthly child benefit, she would pay down that debt and get a new stroller so the family can go hiking.

GONZALEZ-CARO: My sister passed it on to me, and so it's not in good shape. So that's one thing that I want to buy.

KAMENETZ: Christina Holley in Philadelphia is also getting by on one income.

CHRISTINA HOLLEY: My job laid me off. I needed to get another job. I couldn't get one without risking my life.

KAMENETZ: She's a junior at Temple University studying sociology and a mother of three. The indoor play space where she was working shut down at the beginning of the pandemic. She said the only other opening she could find were in front-line positions. But her husband is already an essential worker in food service, and someone had to supervise the children's remote school.

HOLLEY: I think that that was like a rock and a hard place kind of situation. Like, I felt like I didn't really have a choice.

KAMENETZ: Holley says if she got a child benefit, she would spend the extra money on social opportunities for her kids - gymnastics for her youngest daughter, a bicycle for her older son, maybe music lessons. She said she's loved spending this time with her children, but the isolation has been really hard on them.

HOLLEY: I'm realizing that, you know, we've had the luxury of the time together but also that my kids are socially damaged, you know, like, just really broken.

KAMENETZ: Among all rich countries, the United States has been in second-to-last place for how much of its budget it spends on children. Since welfare reform passed in 1996, family benefits have gotten scarcer and come with a lot more red tape and work requirements. Holley has lived this. She grew up in public housing and was a teenage mother.

KAMENETZ: In her sociology classes, Holley's been reflecting on what it would mean to have a child benefit.

HOLLEY: If this could come with dignity and the basic understanding that this is the baseline of what people need to survive - this isn't something that people have to fight for in a way.

KAMENETZ: How might families spend that guaranteed check? Well, recently, the city of Stockton, Calif., piloted a program where residents living below the median income got $500 a month, no strings attached. They found that the recipients spent the money on basic necessities, paid down debt and helped support friends and family. And they were more likely than a control group to start working full time while receiving the money.

In St. Louis, Shewona Ford told me she posted on Facebook about the child benefit with the comment, yes, Lord. Finally, she could have all her children live with her. Right now, some are staying with family and friends. If they were all together, she says, her teenagers could help with child care.

KAMENETZ: And she wants to get her children into counseling because she says they've been hurt so many times. 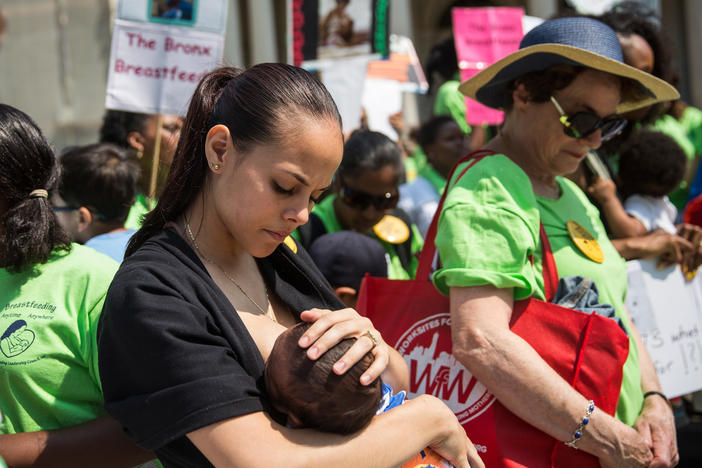 As parents scramble to find scarce baby formula and the government races to boost production and imports, some advocates say the U.S. should do more to encourage breastfeeding. 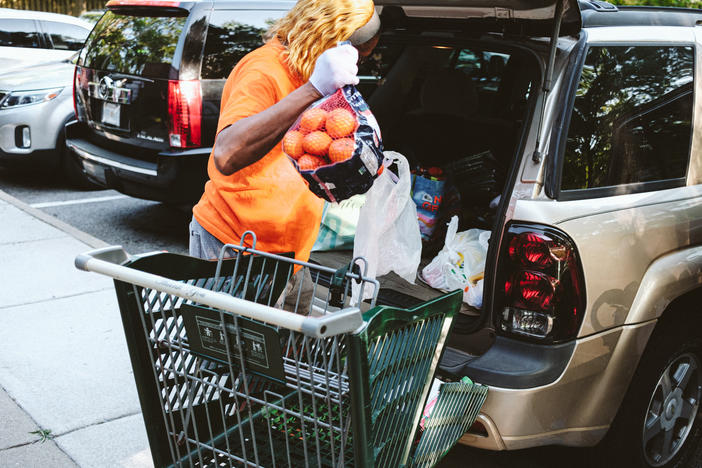 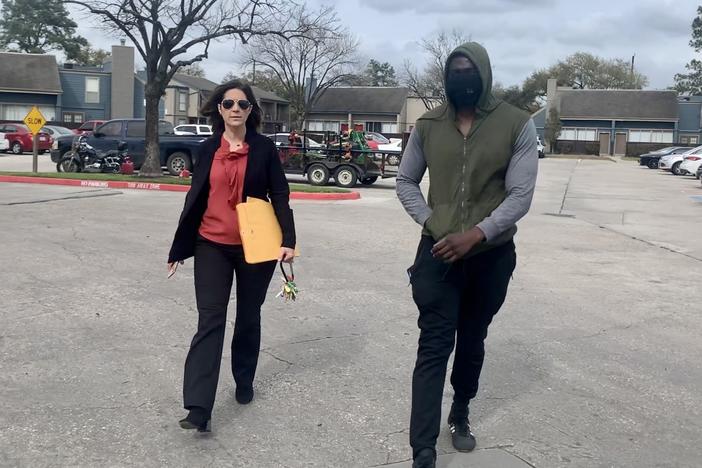