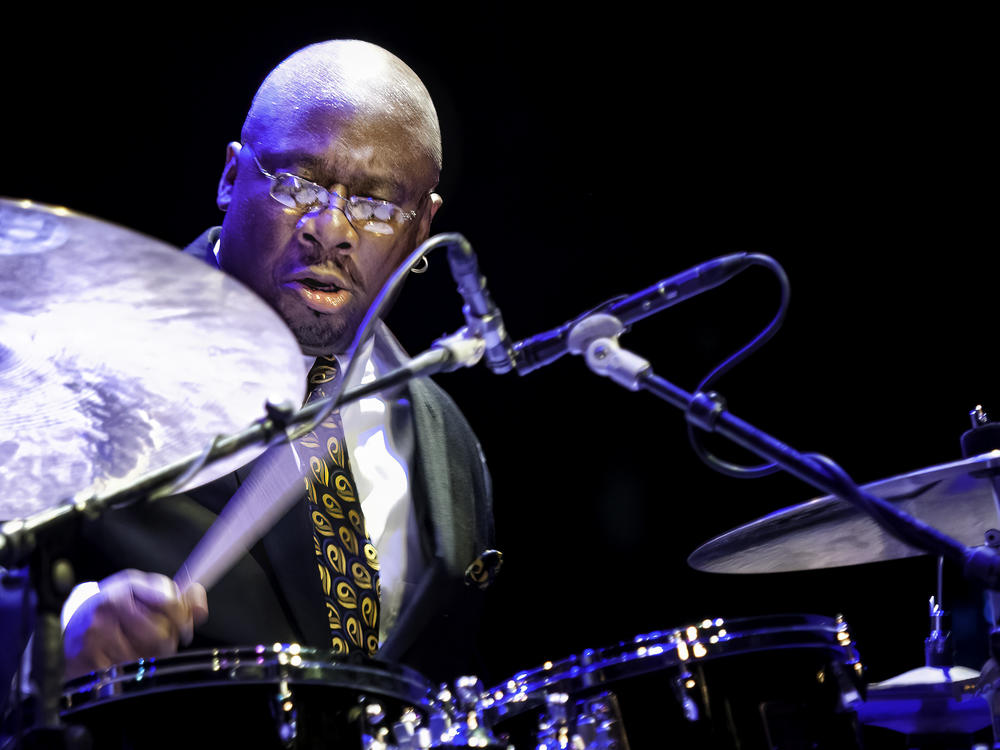 Ralph Peterson Jr., a drummer, bandleader, composer and educator whose lunging propulsion and volatile combustion were hallmarks of a jazz career spanning more than 40 years, died on Monday in North Dartmouth, Mass. The cause was complications from cancer, his manager, Laura Martinez, tells NPR Music; Peterson had been living with the disease for the last six years. He was 58.

The sheer, onrushing force of Peterson's beat, paired with his alert ear and agile dynamism, made him one of the standout jazz musicians to emerge in the 1980s. Part of a striving peer group known as the Young Lions, which coalesced around the resurgence of acoustic hard bop, he distinguished himself early on as a powerful steward of that tradition.

"It's music that revolves around richly ambiguous harmonies and shifty, mercurial melodies," wrote Jon Pareles in 1990, reviewing a performance for the New York Times. "Difficult as it is to play, Mr. Peterson and his group rekindled the style's sense of risk and triumph."

Risk and triumph, each inextricable from the other, aptly describes nearly all of the music associated with Peterson — as a locomotive engine on the first several albums by trumpeter Terence Blanchard and saxophonist Donald Harrison; as a leader of bands like Triangular, a venturesome piano trio, and the Fo'tet, with a frontline of saxophone and vibraphone; and as the anointed heir of Art Blakey, a hard-bop progenitor and drummer-bandleader of the Jazz Messengers, whose ranks produced several generations of major jazz talent.

Because of his own role in that band, Blakey didn't often work with other drummers. Peterson was a notable exception, initially as the second drummer in a Jazz Messengers Big Band. He became Blakey's protégé — and after the master's death in 1990, his torchbearer and successor. Peterson devoted his 1994 Blue Note album Art to Blakey's music and memory, and later formed the Messenger Legacy, a wrecking crew of other prominent Jazz Messengers alumni.

Peterson often emulated facets of Blakey's style — like a press-roll crescendo on the snare drum, an object lesson in tension and release — with unabashed vigor, confident that his own musical persona was capacious enough to accommodate them. "I think if you don't know how to play like somebody else first, you can never arrive at what somebody can identify as your own style," he said in a 2011 interview with pianist George Colligan, an occasional collaborator.

Among the many others in Peterson's circle were saxophonists Steve Wilson, Craig Handy and Wayne Escoffery; clarinetists Don Byron and Todd Marcus; cornetist Graham Haynes; and pianists Geri Allen, Michele Rosewoman, Orrin Evans and Uri Caine. Some of those musicians featured Peterson in their bands; most of them played in his.

On a 2001 album called The Art of War, Peterson served as the anchor for a band of younger players: Evans, trumpeter Jeremy Pelt, saxophonist Jimmy Greene and bassist Eric Revis. They bring the requisite fire and commitment to his tune "Freight Train," whose title suggests one of the go-to metaphors his playing frequently inspired.

Born in Pleasantville, N.J., on May 20, 1962, Ralph Peterson Jr. came up in a family of drummers: his grandfather played drums, and so did four of his uncles. He started on drums at age 3, but it was as a trumpeter that he made his way into the jazz studies program at Rutgers University.

Partly through the benediction of Blakey, he took off as a drummer in the revivified hard-bop mode, bringing an explosive quality that defied any complaint of stale conservatism. After appearing on albums by Out of the Blue, a band assembled by Blue Note Records as a vehicle for young jazz players, Peterson made several of his own releases for the label — starting in 1988 with Triangular and V, both featuring Geri Allen.

With the Fo'tet, active through the '90s, Peterson explored a pugnacious and slippery form of post-bop, finding an essential partner in Bryan Carrott on mallet percussion. The group devoted entire albums to jazz repertory (Ornettology, The Fo'tet Plays Monk), but also served as a vehicle for new music. The Reclamation Project, released on Evidence Music in 1995, consisted entirely of Peterson compositions, including some bearing titles – "Turn It Over," "Song of Serenity," "Acceptance" – that hinted at his own winding path. 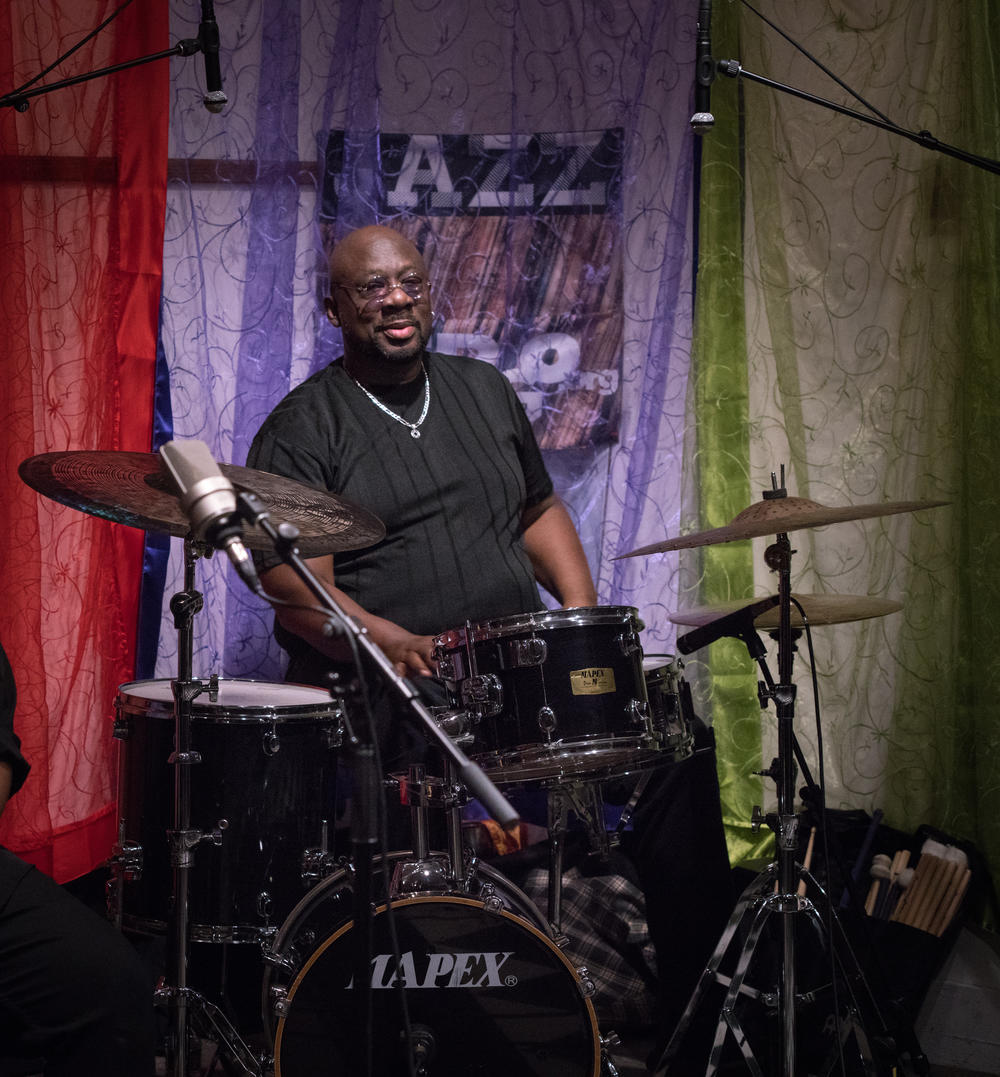 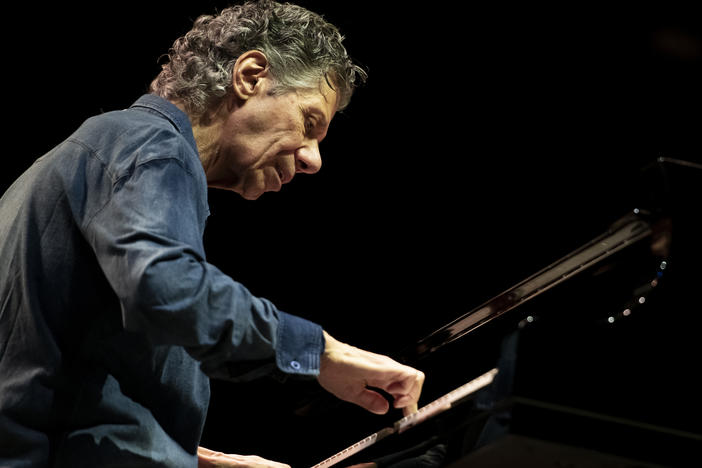 Chick Corea, Jazz Fusion Pioneer, Has Died Of Cancer At 79

The wide-ranging keyboardist, composer and bandleader died Feb. 9 of cancer. He was one of the fathers of jazz fusion, with his work spanning from acoustic jazz to his own interpretations of Mozart. 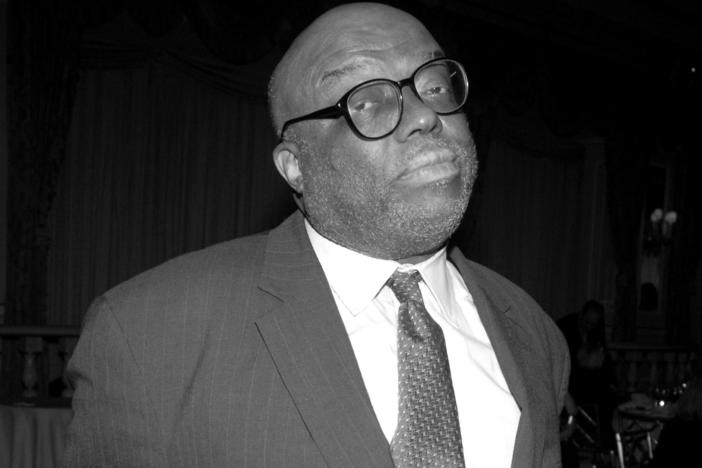 Crouch's engagement with American culture spanned over five decades, numerous mediums and many dustups. His influence on the life and shape of jazz will remain unquantifiable. 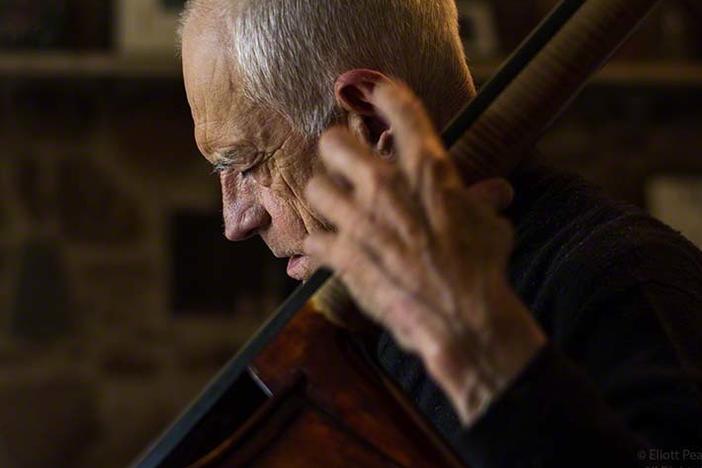 Gary Peacock, A Jazz Bassist Always Ahead Of His Time, Dies At 85

Peacock could seemingly adapt to any style, and performed with a variety of artists ranging from Bill Evans and Keith Jarrett to Albert Ayler.