In Pope Francis, Biden Has A Potential Ally — Who Shares The Same Catholic Detractors

The pope and the president share liberal stances on climate change and economic disparity. A theology scholar argues U.S. Catholic Church leadership is increasingly allied with the political right.

Joe Biden is the second Catholic president in American history and a devout man who makes no secret of the importance of faith in his life. But many American Catholics reject him for supporting laws contrary to church doctrine, such as abortion. Nevertheless, as NPR's Sylvia Poggioli reports, the new president has a friend and potential ally at the Vatican.

SYLVIA POGGIOLO, BYLINE: In December the then-president-elect sat down with Stephen Colbert on "The Late Show."

STEPHEN COLBERT: I mean, is it emails now? How is the pope going to tell you how to govern?

COLBERT: He called you?

JOE BIDEN: ...To congratulate me.

POGGIOLO: Although Biden dodged Colbert's quip, the U.S. president and the pope actually have a lot in common. Both men, says Paul Elie, a scholar of Catholicism at Georgetown University, have staked out liberal stances on issues like climate change and economic disparity.

PAUL ELIE: Their informality, the fact that they were elected late in life. And both of them, I think, have surprised their people by turning out to be more progressive than was expected.

MASSIMO FAGGIOLI: It's clear that they see this moment as a return to some sanity so that there is a predictability in the relations between countries and leaders.

FAGGIOLI: The U.S. Bishops Conference dominated by ultraconservative Catholic bishops whose political sympathies lie very clearly with the Republican Party and not just on the abortion issue.

POGGIOLO: The Vatican was reportedly annoyed by the U.S. Bishops Conference statement lamenting Biden's support for policies that would, quote, "advance moral evils such as abortion."

FAGGIOLI: There is an extremist wing of the Catholic Church, which is a handful of bishops but a bigger chunk of the clergy.

JAMES ALTMAN: You cannot be Catholic and be a Democrat, period. Their party platform absolutely is against everything the Catholic Church teaches. Repent of your support of that party and its platform or face the fires of hell.

POGGIOLO: That's Father James Altman of La Crosse, Wis., in a video uploaded to YouTube last August and seen more than a million times. Not all conservative Catholics sound so apocalyptic about Democrats, but they're critical of Biden. In a podcast last month with a conservative think tank, George Weigel, who has written extensively about the Catholic Church, said the new president is a professed Catholic who, in his personal piety, seems quite sincere. But...

POGGIOLO: As both Francis and Biden ignore their Catholic critics, presidential historian Timothy Naftali sees potential parallels with 60 years ago at the peak of the Cold War. Six months after the Cuban Missile Crisis brought the world to the precipice of nuclear annihilation, Pope John XXIII issued an encyclical. Addressed not just to Catholics but to all people of goodwill, it called for peacemaking through negotiation. A week later, citing the document in a major speech, President John Kennedy was able to win domestic support for a nuclear test ban treaty with the Soviet Union. Naftali says both the Pope and Biden believe climate change is today's existential threat, and they can work together.

TIMOTHY NAFTALI: These are two leaders powerful in different realms. That's an opportunity. And it's not an opportunity that comes every generation.

POGGIOLO: Amidst so much disinformation on the coronavirus pandemic and on vaccines, Naftali says these two prominent Catholics could also help convince more people that science and faith are not mutually exclusive.

(SOUNDBITE OF THE CITY OF THE SUN'S "VENTURA") Transcript provided by NPR, Copyright NPR. 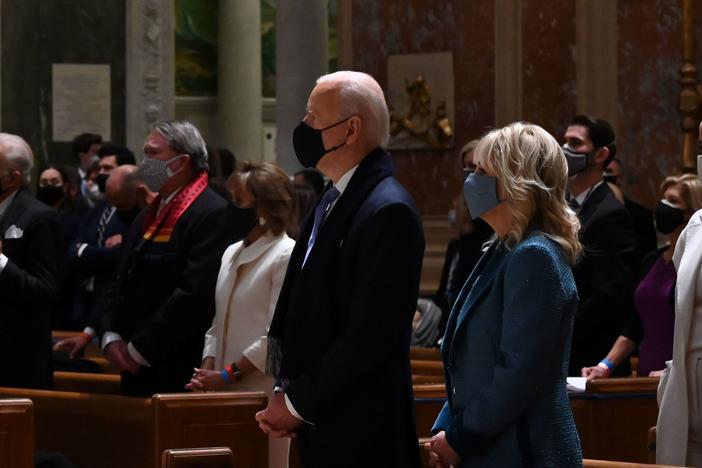 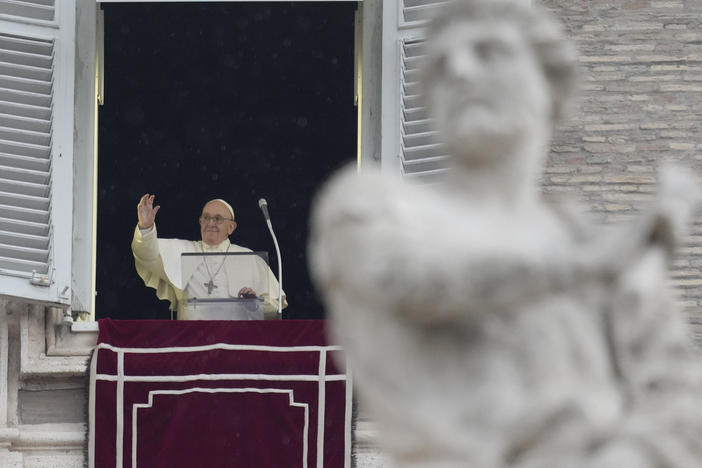 Francis says individuals have a responsibility to care for themselves "and this translates into respect for the health of those around us." 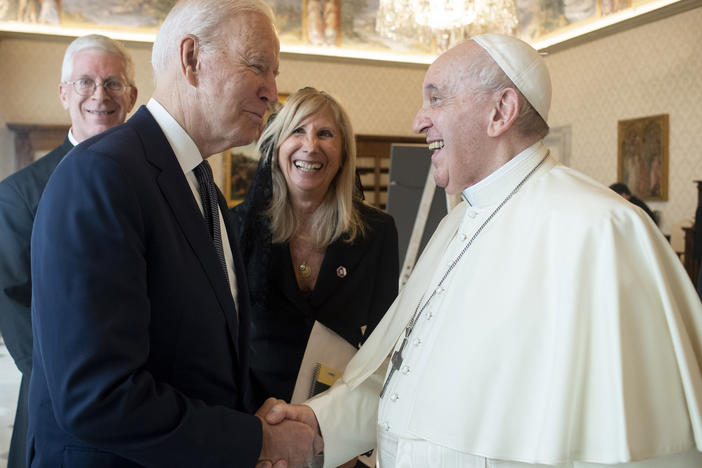 President Biden's meeting at the Vatican with the pope is one of several gatherings scheduled with global leaders over the next week.