Lucas Samaras studied acting and was a protege of a famed sculptor, but his biggest artistic impact was in photography. Samaras has a new exhibit.

* Lucas Samaras helped transform instant Polaroids into fine art. After escaping the Greek Civil War as a child, he became part of the New York art world inner circle. Samaras has a new virtual show at Manhattan's Pace Gallery. And Karen Michel spoke to him for this profile.

KAREN MICHEL, BYLINE: Nearly all of the 70 or so pieces in Lucas Samaras' last solo show in Manhattan included the artist - frequently, naked.

OLIVER SHULTZ: We have six different versions of Lucas's body superimposed into the lobby of his apartment building, all of which he's standing there naked, you know, striking these different variously classicizing poses, which are, you know, hilarious. I mean, this is the heroic or unheroic male nude, which we usually don't see in the form of an aged man, especially one who's sort of celebrating - or not celebrating, but thinking about dwelling on his own body in a way that's both incredibly public and yet, because he never actually went and stood in the lobby, very private at the same time.

MICHEL: Still, in these times of imposed privacy, Samaras ventured out into the empty streets of his neighborhood to create the photographs for his latest show. He's added neon colors and distorted geometric shapes to transform construction sites and drab buildings into kaleidoscopic wonderlands.

Lucas Samaras lives in a high-rise in Manhattan. Thick black fabric covers the windows of his apartment. The lights are low, and even Samaras is free of color in his gray clothes, long white beard and straight hair past his shoulders as he sits in front of computer screens, looking at some of the 17,000 digitized photographs of his past.

SAMARAS: I'm going to show you a picture of the town I grew up in.

MICHEL: Samaras clicks through more photographs from his childhood in Greece. One shows his stylishly dressed mother standing next to his grandmother, her arm around the elder's black-clad shoulders. Young Lucas sits on his grandmother's lap in a white knit jacket with puffy white balls. But the artist added an almost imperceptible detail, an alteration much bigger in its significance than its size.

SAMARAS: I put in a small red dot there. Now, I knew some people would go by and not see it. This was in 1936. 1937, our house was bombed. Greece was fighting itself then. So it fell on my apartment and hit my grandmother on her chest, and she died in six days.

MICHEL: The rest of Samaras' immediate family survived the Greek Civil War, moving to New Jersey in 1948. At Rutgers University, the young Samaras performed in "Happenings." Then in Manhattan, he studied acting with one of the great teachers of the last century, Stella Adler.

SAMARAS: Toward the end, I was saying, gee, what do you think? Do you think I have, you know, the talent? She says, listen, kiddo. All the smart men become directors. All the stupid ones become actors. However, when I got in touch of the photography of the Polaroid and I started doing things, I was an actor, but for myself.

MICHEL: So in his art, Samaras directs his narrative, freely appropriating images, including one of his favorite paintings at the Metropolitan Museum of Art. He created a split image with himself at the left and an El Greco on the right. Both wear glasses and look remarkably alike, staring out at us. And like El Greco, Samaras has work in the Met's collection. Pace Gallery's curatorial director Oliver Shultz says that's well deserved.

SHULTZ: When Polaroids were first invented, he made photographs of himself in the late '60s and early '70s. And he took the physical objects, and he manipulated the actual inks on the Polaroids to make them into these bespoke, handcrafted, incredibly rich visual experiences that were, in some sense, much more than just photographs because they were like paintings. And I think he's doing the same thing now, only on the computer and with Photoshop.

MICHEL: No matter the tools, the work resists being warm and fuzzy. There's an inherent Hitchcock in there, daring us to look at his aging self and all of his past.

SAMARAS: So I'm saying, let's do it correctly now and show everything because this is one of a chance. It's one of a chance to suggest that an artist can show you his or her life complete - you know, from the beginning to now end. And it's dangerous. It's embarrassing. But for me, it was - it's like saying, whoof, you know?

MICHEL: Well, not quite whoof yet. 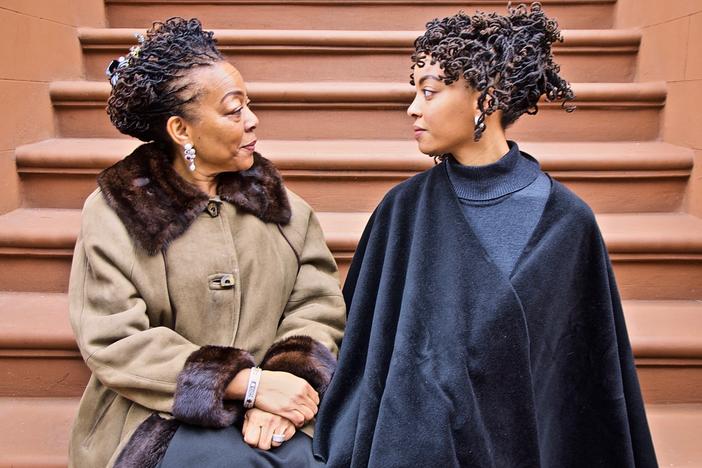 With Power, Poise And Confidence, These 'Women R Beautiful'

Ruben Natal-San Miguel likes to photograph people where they live. He calls his pictures "environmental portraits." Dozens are on view in the exhibition "Expanding the Pantheon: Women R Beautiful." 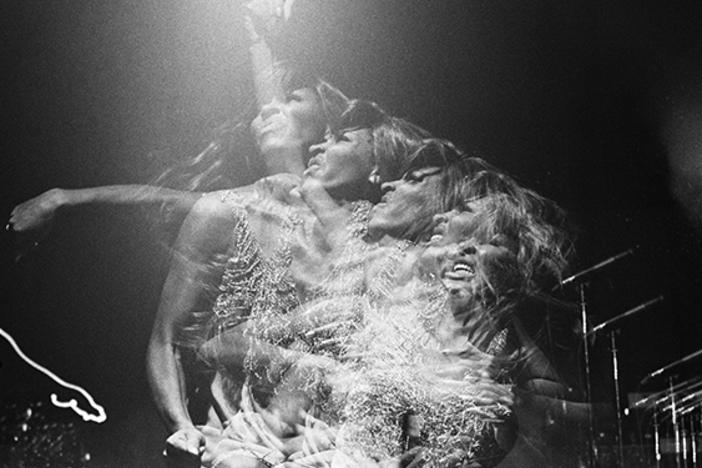 Gruen has photographed countless rock stars, including the Rolling Stones, Chuck Berry, Tina Turner and John Lennon. "For me, rock 'n' roll is all about freedom," he says. 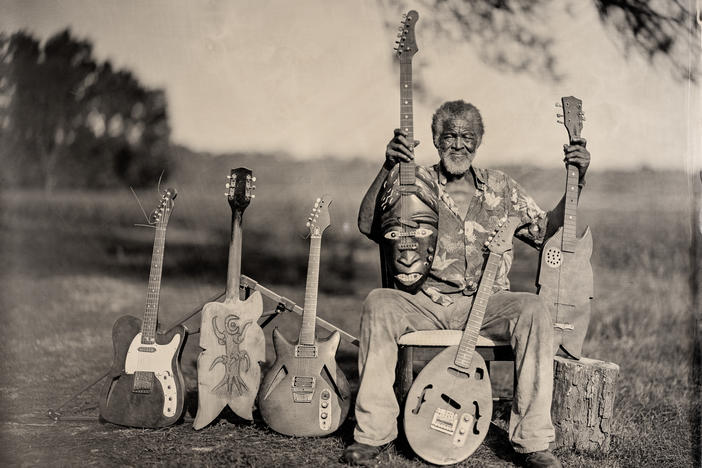 Hanging Tree Guitars: The Wood's 'Not Good, Not Bad, Not Ugly — Just Strange'

Freeman Vines is an African American luthier who creates what have been called "contemporary art sculptures hidden as guitars" out of old wood, some of it from a tree used for a lynching.