* A new four-part docuseries premieres tonight on HBO. And before we go any further, a warning - this content may be sensitive for some listeners. The series is called "Allen V. Farrow", and it explores the allegations that Oscar-winning director Woody Allen molested his adopted daughter, Dylan Farrow. NPR TV critic Eric Deggans says the series pushes viewers to reconsider how the world shields powerful celebrities and how the public often resists giving attention to stories of sexual abuse.

ERIC DEGGANS, BYLINE: Dylan Farrow has spoken before about her allegations that Woody Allen molested her when she was 7 years old. But HBO's "Allen V. Farrow" provides an expansive and sympathetic platform for the 35-year-old to tell her story - one, she says, the world has resisted hearing.

DEGGANS: Woody Allen has repeatedly denied being sexually inappropriate or abusing Dylan, which the docuseries notes several times. But "Allen V. Farrow" digs deep, interviewing Dylan's mother, Mia Farrow, several of Dylan's siblings, family friends and officials. The series sorts through documents, home movies and audio recordings to present a story that asks viewers to reconsider a scandal they may think they know but likely don't. Mia Farrow, for instance, insists that she initially resisted the idea Allen could've had inappropriate contact with Dylan, pushing back against Allen's contention that she manipulated Dylan into believing she was molested.

DEGGANS: Mia Farrow and Woody Allen were together for about a dozen years. When they got together in 1980, Mia already had seven children. Later, they adopted Dylan, and Mia gave birth to a child who grew up to be Pulitzer Prize-winning journalist Ronan Farrow. But their family unit was rocked in 1992 when Mia discovered naked pictures of her adopted daughter Soon-Yi in Allen's apartment. Months later, Dylan said Allen took her to an attic in Mia's home and touched her inappropriately.

The docuseries says Allen and Soon-Yi, who married in 1997 and have two children, did not respond to requests for an interview. There are no fresh interviews from Allen's side. Instead, the director appears in old interview footage and clips taken from the audiobook of his 2020 memoir, "Apropos Of Nothing," which he read. Here, he responds to an open letter Dylan wrote about her accusations in 2014.

(SOUNDBITE OF AUDIOBOOK, "APROPOS OF NOTHING")

WOODY ALLEN: Imagine my sadness when not only did Dylan not want to see me, but instead wrote an open letter saying I molested her. The openness is important, as the strategy behind going public is not to resolve anything but to smear me - her mother's goal.

DEGGANS: "Allen V. Farrow" comes along in a pop culture moment where past scandals involving celebrities like Britney Spears and R. Kelly are being reevaluated, with updated ideas about mental illness, the power of celebrity and the difficulty of confronting abuse. The docuseries dives into those topics and more. Film critics and mental health experts help explain why fans may have resisted believing the allegations and examine how Allen leveraged a powerful publicity machine to press his side of the story.

In the end, "Allen V. Farrow" makes a potent case for reconsidering the facts and implications of Dylan Farrow's accusations. But it remains hampered by the lack of direct participation from the star filmmaker at the center of the scandal.

An earlier version of this story mistakenly described Soon-Yi Previn as Woody Allen's stepdaughter. She is the daughter of Allen's former longtime girlfriend. 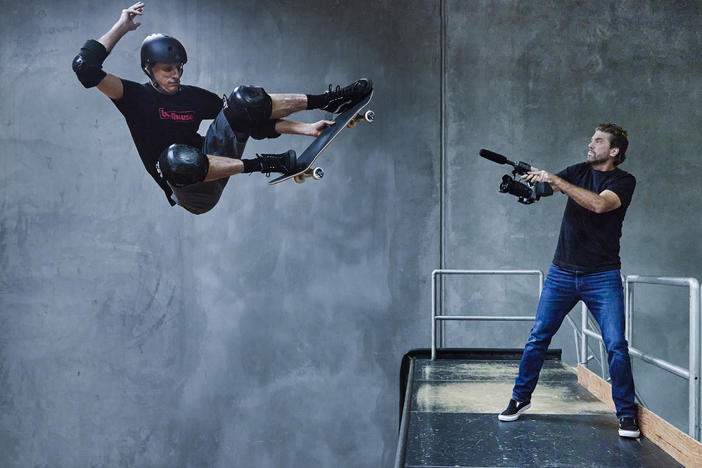 Tony Hawk plans to keep skateboarding 'Until the Wheels Fall Off'

Hawk elevated his sport. But in middle age, it's become hard on his body. NPR spoke with the skateboarding icon about his new documentary, Tony Hawk: Until the Wheels Fall Off. 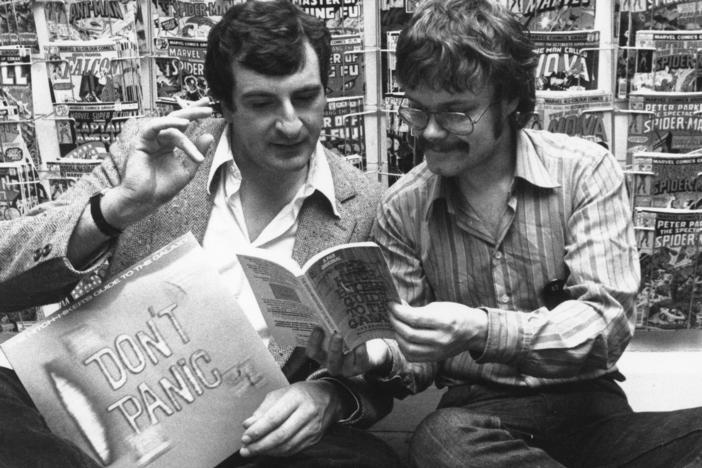 The first Hitchhiker's Guide to the Galaxy book was published in October 1979. Fans are looking back at how the series has endured in popularity and why it's still relevant. 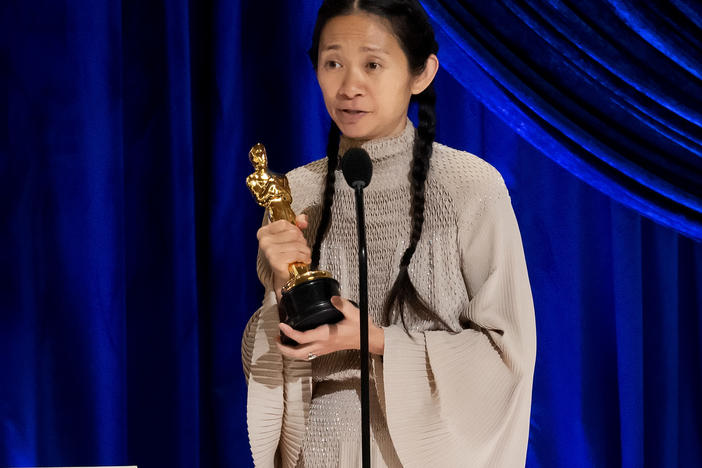 7 Takeaways From The Train-Station Oscars

A bungled ending, some charming winners, and making the best of a bad situation — the 2021 Oscars left an impression in a few ways.