The updated guidelines make key changes to earlier language and include a new color-coded chart that divides school reopening options into four zones based on the level of community transmission.

After almost a year of the pandemic, mundane events like going to the office or meeting in a bar sound exotic. And for many kids, you can add in-person school to that list. Well, today, the Centers for Disease Control and Prevention gave some new guidance on when students and teachers can return to the classroom. The debate has become a political issue for President Biden, who promised to open more schools in his first hundred days in office. Joining us now are education correspondent Cory Turner and White House correspondent Tamara Keith. Hi there.

SHAPIRO: Cory, to start with you, what are the main takeaways from this new guidance? What's new?

TURNER: Yeah. So there are a few things, Ari. First and foremost, this is not a straightforward political push that says it is safe right now to reopen all schools. Here's how CDC Director Dr. Rochelle Walensky put it in a call today with reporters.

ROCHELLE WALENSKY: With the release of this operational strategy, CDC is not mandating that schools reopen. These recommendations simply provide schools a long-needed roadmap for how to do so safely under different levels of disease in the community.

TURNER: Honestly, Ari, my impression of this guidance is that they're incredibly detailed and science-driven, and I think maybe the best example of that is there is a color-coded chart in here that breaks down viral spread in the community into categories - low, moderate, substantial and high transmission. And then it matches up those categories with recommended learning modes - hybrid, fully in person, fully virtual, et cetera - and safety precautions that schools should consider. You know, so one great example of that would be the 6 feet apart for desks that we've always heard about. Well, in this guidance, it suggests, you know, schools with low transmission, maybe that 6 feet is flexible, but for in other communities where a transmission is much higher, CDC says that 6 feet is required.

SHAPIRO: And what has the reaction been from educators and school leaders? I mean, teachers have been in the middle of this debate now for a year.

TURNER: Yeah. I think, as far as teachers are concerned, one thing that folks were looking at is, how would the CDC come down on vaccinating teachers and whether or not that should be a prerequisite for school opening, which has been a condition that some teachers unions have been pushing for? In CDC guidance today, they said vaccinating teachers is good policy. It's smart. It is safe, but it should not be considered a prerequisite. In spite of that, I've gotten statements today from both of the nation's two big teachers unions essentially applauding this guidance and saying it's about time that schools got this kind of rigorous, data-driven guidance. So there - whatever daylight there used to be between the unions and the administration on that point, it's gone. I also heard from the School Superintendents Association, which also praised this guidance, calling it clear and actionable.

SHAPIRO: Now, I mentioned that this is a political debate. And so, Tam, I want to ask you about what President Biden has at stake here. He has promised to reopen schools quickly. What does this mean for him?

KEITH: Yeah. As you say, before he was even sworn in, Biden was saying he wanted the majority of schools open for in-person instruction by his 100th day in office. This was a promise that he made time and again. But it became clear that this would be tricky. The White House has since redefined what open means to the point of almost making it meaningless. Press Secretary Jen Psaki defined it as more than 50% of schools open at least one day a week, though she also said that they hoped it would be more. But that isn't what any parent imagined when Biden made that pledge. And the White House is already taking heat for this. If schools stay closed, Biden could well pay a political price. It could undermine his credibility with voters. And his opponents will certainly remind him of that pledge.

SHAPIRO: So tell us about his opponents. How are Republicans reacting?

KEITH: Well, my inbox is full of press releases from the Republican National Committee and others criticizing Biden on the efforts to get schools open and them not being fully open. You know, the politics of this are interesting. I spoke with Rory Cooper, who is a managing director at Purple Strategies. It's a political consulting firm. He's also the father of three school-age children in a Northern Virginia suburb that hasn't opened its schools for in-person education all year long. He's afraid that, after reading this plan, he thinks it could be used to keep the schools closed.

RORY COOPER: We have a fifth-grader, a second-grader and a kindergartner. The kindergartner's never seen the inside of a classroom.

KEITH: Now, he is a Republican who's worked in politics for a long time. He says, in Republican parts of the country, they're more likely to have opened their schools for in-person instruction. And that means voters who were a key part of Biden's winning coalition - families in cities and close-in suburbs like where he lives - are being hit hard by this.

COOPER: I live in a very blue area, and the parents who live around me are frustrated. They're mad. It's been a year of their children not being in schools. They're ready for the kids to go back. They believe it can be done safely. And every delay makes them question their commitment to the Democratic Party and to their support of public sector unions.

KEITH: And if you look at the messaging from the Republican Party and from Republican politicians, it's all about accusing Biden of choosing teachers unions over kids. And now, obviously, it's not that simple, but this is a criticism that plays into very real frustration. Obviously, this guidance didn't come from Biden himself but still.

SHAPIRO: So to return to what is in the guidance, given how complicated and nuanced it is, Cory, bottom line, what impact do you think it's going to have on whether schools reopen or not?

TURNER: I mean, I think there are a few bottom lines here. And, you know, it's important to remember that this guidance arrives nearly a year after most schools first closed in response to the pandemic. You know, I had superintendents who were complaining to me back in May that the CDC should have been doing this then and it didn't. So the fact is, you know, in lots of places, to use an old cliche, that train has left the station. There are lots of school leaders who have been working with their local public health officials to figure out what is safe and what is not safe.

I will also say, you know, there's no official national account of open schools. But one organization, Burbio, estimates about two-thirds of districts are already offering students some sort of in-person learning option. So there has been progress on that front. And one more thing I want to mention is just a matter of equity. You know, there are lots of schools, especially in larger cities, where buildings are older. There's less trust among parents. And, you know, they just may not be able to afford the kinds of safety protocols that CDC is recommending here. So there may be very good reasons why schools aren't yet open. 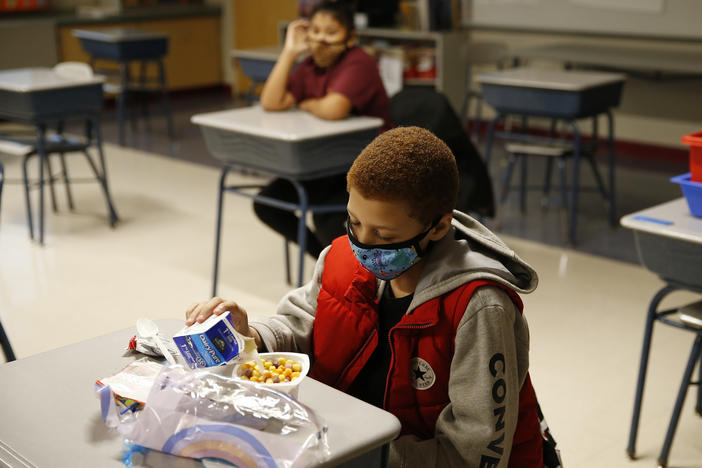 Why Billions In Food Aid Hasn't Gotten To Needy Families

The federal government has yet to approve plans in most states for giving out money that was authorized in October. 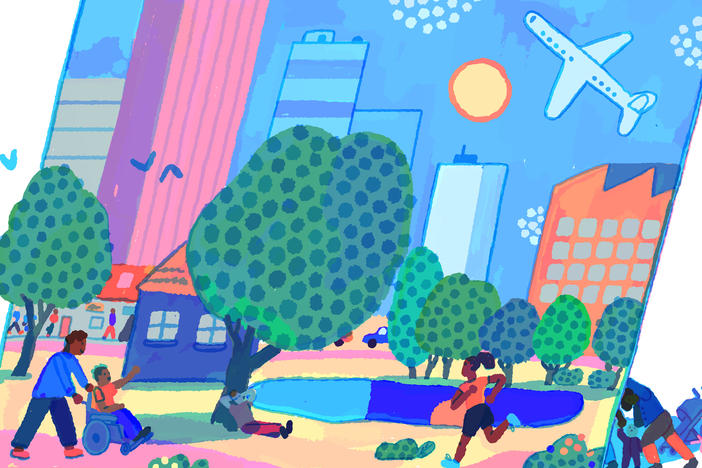 Researchers Warn Nearly Half Of U.S. Child Care Centers Could Be Lost To Pandemic

Child care centers are struggling to keep their doors open during the pandemic. Many say they're facing the double challenges of losing customers and new safety regulations. 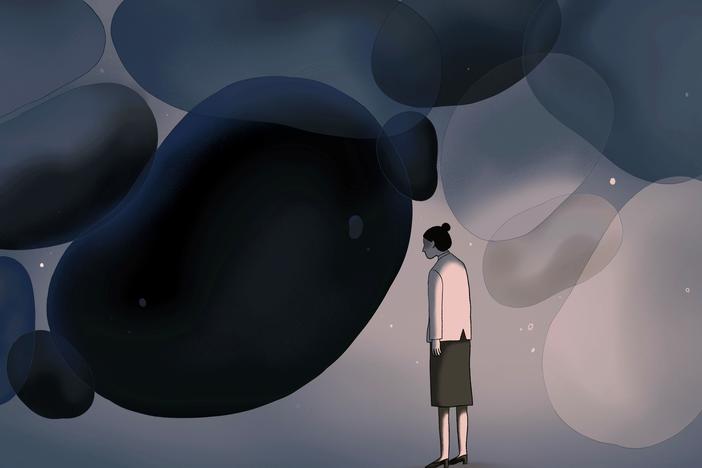 When Can Kids Go Back To School? Leaders Say 'As Soon As It's Safe'

Superintendents across the country say they're eager to get kids back in schools — safely. In communities with coronavirus cases soaring, some leaders say remote learning is the only safe option.