Amazon's Jeff Bezos is stepping down as CEO of the company he founded almost 30 years ago. He will transition to executive chairman. He will focus on new products and early initiatives. In his time at the helm of Amazon, it has grown and grown from modest online bookseller to retailing behemoth and one of the most powerful companies in the world. I need to note that Amazon is one of NPR's financial supporters. And I want to bring in NPR's Alina Selyukh.

KELLY: So why is he stepping aside? What does Jeff Bezos say?

SELYUKH: So he's saying that he is shifting to the role of executive chairman. So it is accurate to say he's stepping down, but he's not stepping away by any means. And he has already largely stepped back from day-to-day managing work in favor of big-picture planning. And now, he, you know, he says he wants to focus more on these long-term passion projects, like his rocket company, Blue Origin, The Washington Post, which he owns, and philanthropy work. Today's timing was earnings. And so Chief Financial Officer Brian Olsavsky had to talk to reporters. And he was asked about this. And he basically said Bezos is not going anywhere, it's just a reshuffling of who's doing what.

BRIAN OLSAVSKY: Jeff will continue to stay, you know, not only very involved, but very - you know, have his fingerprints on a lot of areas of product development and innovation. And of course, you know, he remains our largest individual shareholder.

SELYUKH: To quote Bezos himself, he wrote to employees today, quote, "as much as I still tap dance into the office, I am (ph) excited about this transition." He later said that being the CEO of Amazon is a deep responsibility and it is quite consuming. He's looking forward to expanding into all of these other projects he's got going on.

KELLY: I love that image of Jeff Bezos tap dancing into (laughter) his office...

SELYUKH: Into the office? (Laughter) Yes.

KELLY: ...At Amazon. Who will be tap dancing into the office in his place? Who's going to be the next CEO?

SELYUKH: (Laughter) His name is Andy Jassy. He's the head of Amazon's cloud computing division. This is Amazon Web Services, Amazon's biggest cash cow, biggest profit center. And Jassy is the person who shaped that company. Most famously, this is the cloud business that props up the CIA. It is by far the biggest cloud company out there. Jassy is also a big investor in Amazon. He has been there a long time. He's one of Bezos' longest-serving trusted lieutenants.

KELLY: Hmm. And what are going to be the biggest challenges he will face as CEO?

SELYUKH: Right. The timing is interesting. Next week, Amazon faces the first major big labor battle in the U.S. On Monday, Amazon workers in Bessemer, Ala., are starting to vote on whether to join a union, which could create Amazon's first unionized warehouse in America. So that's one big thing. Then, like all tech companies, Amazon is facing scrutiny for its scale, its power. Just today, actually, Amazon agreed to pay over $60 million to settle charges by the Federal Trade Commission, which is accusing Amazon of pocketing - essentially pocketing tips that were meant for delivery drivers.

And, you know, big picture, to your point earlier, Amazon has grown and grown into all of these different aspects of our lives. It's a company now worth almost $2 trillion.

SELYUKH: It employs 1.3 million people globally. It's growing very fast. It influences people's lives in so many ways. And how does that saying go, right? With great increasing power comes great increasing responsibility. I'm sorry about that (laughter). But the question is, you know, whether the American government or any other government might decide to hold Amazon more accountable for all its influence and power. And the new CEO is the person who will have to address that.

KELLY: NPR's Alina Selyukh, I think quoting from "Spider-Man" there, if I'm... 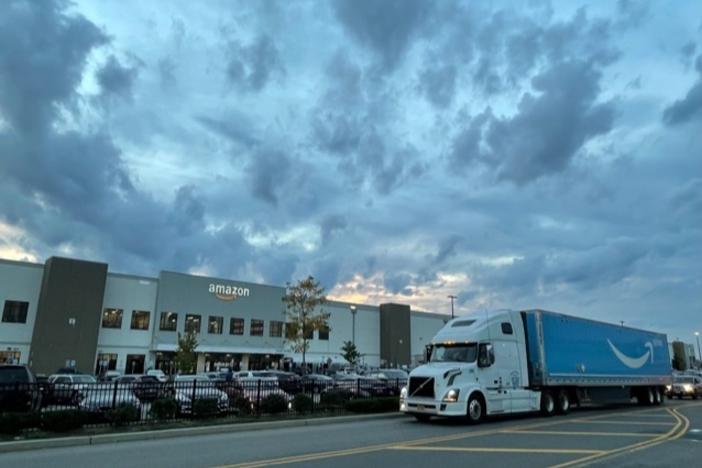 Amazon faces another union vote, this time at a Staten Island warehouse

Federal labor officials found enough support among Amazon workers on Staten Island to pave the way for a union election. It could be the second union vote for Amazon this year. 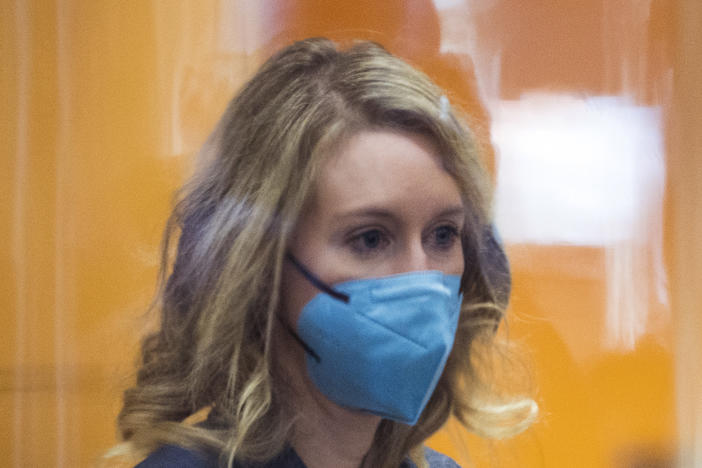 Holmes, who was once seen as one of the most promising leaders in Silicon Valley, could spend up to 20 years in prison for defrauding investors of the blood-testing company. 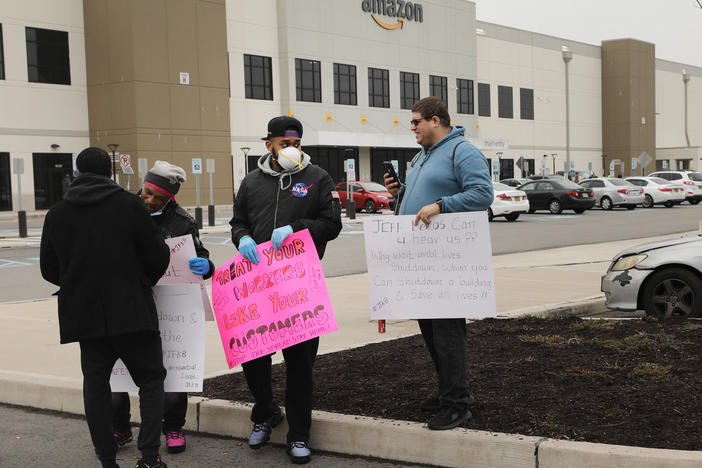 Some 2,000 workers from four facilities have signed cards seeking an election to form a union, according to organizers.