Rivers Cuomo On Weezer's Latest, 'OK Human,' And The Need To Riff (Or Not)

Cuomo says Weezer is always looking to try the opposite of whatever it just did. Case in point: the band's new orchestral record, made back to back with a metal album.

Rivers Cuomo, the frontman for the band Weezer, works on so much music simultaneously that when I asked him to talk about some songs from the band's new album...

RIVERS CUOMO: Do you mind if I take a second to just find the - well, I want to find the tracklist.

CUOMO: First of all, I need to find my glasses. By the time I get around to doing interviews, I'm so deep into the next album - working on the next album that I...

CHANG: You're like, what is the album we're talking about?

CHANG: Well, here's one thing that is on Weezer's new album, which is called "OK Human" - an orchestra.

(SOUNDBITE OF SONG, "ALL MY FAVORITE SONGS")

CHANG: The story behind this orchestral album explains why Cuomo has so much different music in his head right now. The band started working on it back in 2017.

CUOMO: Just as we're finishing it up, our manager calls and says, you guys just got booked on the Hella Mega Tour with Green Day and Fall Out Boy. You're going to be rocking stadiums around the world. So we're like, OK, we just made the worst possible album.

CHANG: So they pivoted and made a heavy metal album.

CUOMO: We finished that album, and our manager calls and says, guess what? The whole tour is off. There's a pandemic.

CHANG: OK, so back to Plan A - release the orchestral album, which is out today. And that heavy metal album - well, that'll be out later this year. And Cuomo says as a songwriter, he needs these opposing sounds.

CUOMO: I've always thought of music as like a massage. Like, if somebody is massaging your right foot and they're doing a great job, your left foot is just like, wait a minute. What about me?

CHANG: Yeah. What about me?

CUOMO: Yeah. And maybe when you started, your left foot didn't need a massage at all. But now suddenly, it really needs a massage. Like, you just need this balance.

CUOMO: And so that's what music is like for me. If I do the orchestra thing, then - you know, then I want to shred guitar for a minute.

CHANG: And then both feet are massaged.

CHANG: That's so interesting. I mean, I hear what you're saying - that in order to achieve balance, you're kind of always lunging for the next opposite thing to counterbalance. But I have to say when I was listening to this album, I still hear Weezer. Like, I still hear the same underlying sound. Was that on purpose?

CUOMO: I mean, yeah. At heart, I still have a lot of the same, I guess, needs as a listener and as a Weezer fan myself. Like, it's got to - chorus has got to really lift me up, and I got to feel those tingles. Even if I started to write, like, a very mellow album, I think I would keep revising the song until it ended up uplifting me in the chorus. It's just something my body needs.

CHANG: One of the most interesting things that I learned about you when I was preparing for this interview is I had no idea that you have long used data to write some songs, that you deconstruct hit songs. You figure out why they worked, and you plop that knowledge into, like, some sort of database. Can you just explain how does that inform your songwriting going forward?

CUOMO: I got really into computer programming, and I've definitely written a lot of scripts that help me, mainly for organizing decades of old ideas and demos and lyric ideas. And it's extremely helpful, like, if you've written most of the song. You're at the last line of the second verse, and you just need, like, a new idea from somewhere. So you go to your list, and you start plugging in ideas. And one of them just works like magic.

CHANG: I picture people just sort of, like, sitting there with a guitar, and then spontaneous inspiration hits them. But you have this very organized, methodical way of bringing inspiration to you. It's technologically driven to an extent.

CUOMO: Yeah. There's a fair amount of the - probably the romantic vision of what an artist is doing. But I am definitely not shy of using any tool at my disposal, whatever it takes to get the job done.

CHANG: It's kind of cool what a geek you are, I have to say (laughter).

CUOMO: Yeah. Well, it's amazing how much power there is at our disposal now. And, like, I'm just a 50-year-old guy who doesn't really know what he's doing. But it's incredible how powerful these programs are.

CHANG: Well, I do want to talk a little more about your inner geek because I want to go back to the mid-'90s. After Weezer's first album came out, you have all of this success. And then the next thing you do is you decide, I'm going to go to Harvard to learn. Tell me; what was that about?

CUOMO: Yeah. Well, of course, growing up, in high school, I'm like, God, this school's so - sucks. Like, I hate homework. I just want to play in my band. I just want to be a rock star. And I worked really hard towards that, moved to Hollywood, finally got the record deal. Record comes out. Song gets on the radio. Lo and behold, we're rock stars. And I realize, this sucks. This is, like, totally boring, playing the same songs every night, just driving in a bus and packing, unpacking. I want to use my brain. It's like, I want to learn something. I'm just bored.

CUOMO: So we were on tour in Boston, and I went up to the Harvard campus. And I picked up an application, filled it out, and they let me in. So it's like, sorry, guys. I'm going to go do this thing for a while. I'm not sure when I'm coming back. But I loved it so much. And yet I was there only for a little while. And then I was like, I really miss being in the band and...

CHANG: Yeah. Maybe it's that whole balance thing, you know?

CUOMO: Yeah. Again, I love using my intellect, and I love being out in the crowd, too.

WEEZER: (Singing) Now the real world is dying as everybody moves into the cloud. Can you tell me where we're going? Where will we be 21 years from now?

CHANG: So let me ask you, Rivers, what is next? Like, if every album is supposed to be the opposite of the last - I guess right now we've got this rock and roll orchestral album. You've got this other album already there in the can waiting to be released that's a heavy metal rock album. What's the opposite to the opposite to all that (laughter)? I mean, like...

CUOMO: Well, we're pretty sure the next idea is going to be called "Seasons," and it's a four-album collection. Each of the four albums comes out on the first day of the relevant season, and each album will have a very different musical and lyrical theme. Like, "Spring" can be a very breezy, carefree, acoustic-type album, whereas "Fall" is going to be dance rock. So I got the four folders going in Dropbox. I'm having a great time.

CHANG: I love it. I love how the next opposite is going to be a collection of elements that are kind of opposites of each other.

CHANG: Rivers Cuomo of Weezer - their new album is called "OK Human." Thank you so much for spending this time with us. 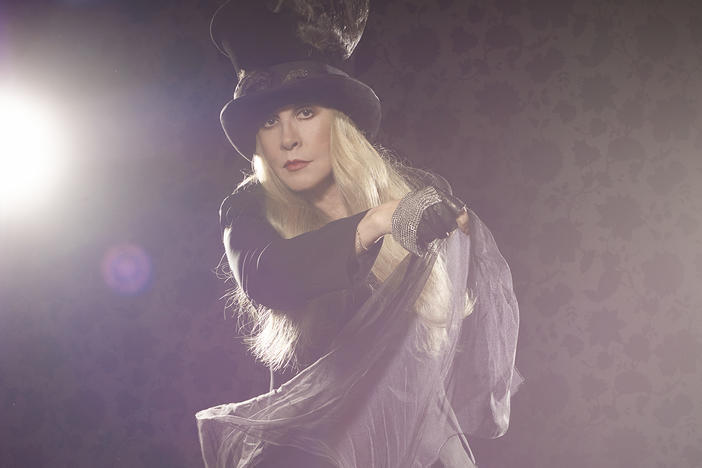 Stevie Nicks On TikTok, Tom Petty And Claiming What's Yours

An audacious concert film, an unwitting viral hit and a second Rock Hall induction: That's just the past two years for Nicks, who says that at 72 she's finally comfortable doing everything she wants. 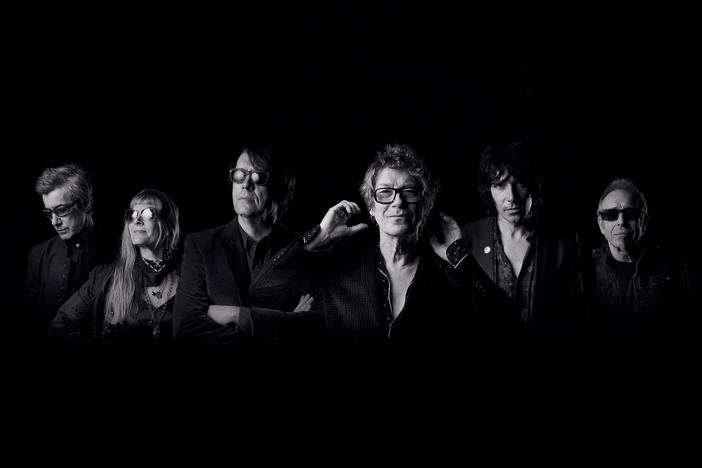 Singer Richard Butler talks about the power of '80s nostalgia, the state of rock and roll today and the freedom of making the band's new record, Made of Rain, on its own terms. 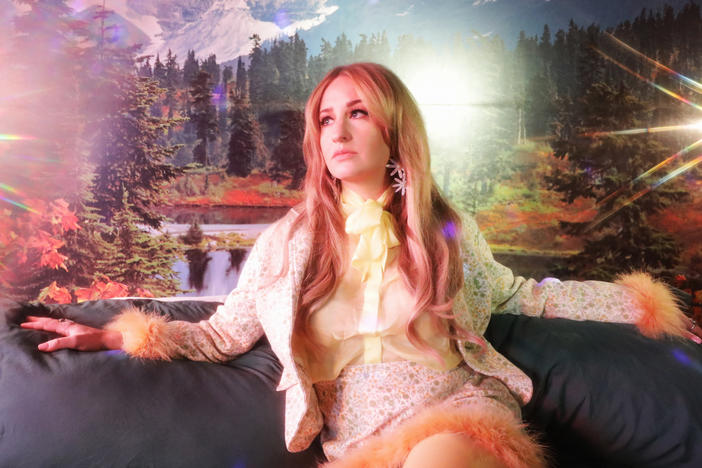 Margo Price On The Mysterious Process Of Album-Making And Motherhood

The country artist talks to NPR's Ailsa Chang about how following her muse to make the hard-rocking That's How Rumors Get Started is a lesson to herself and her kids on following their dreams.