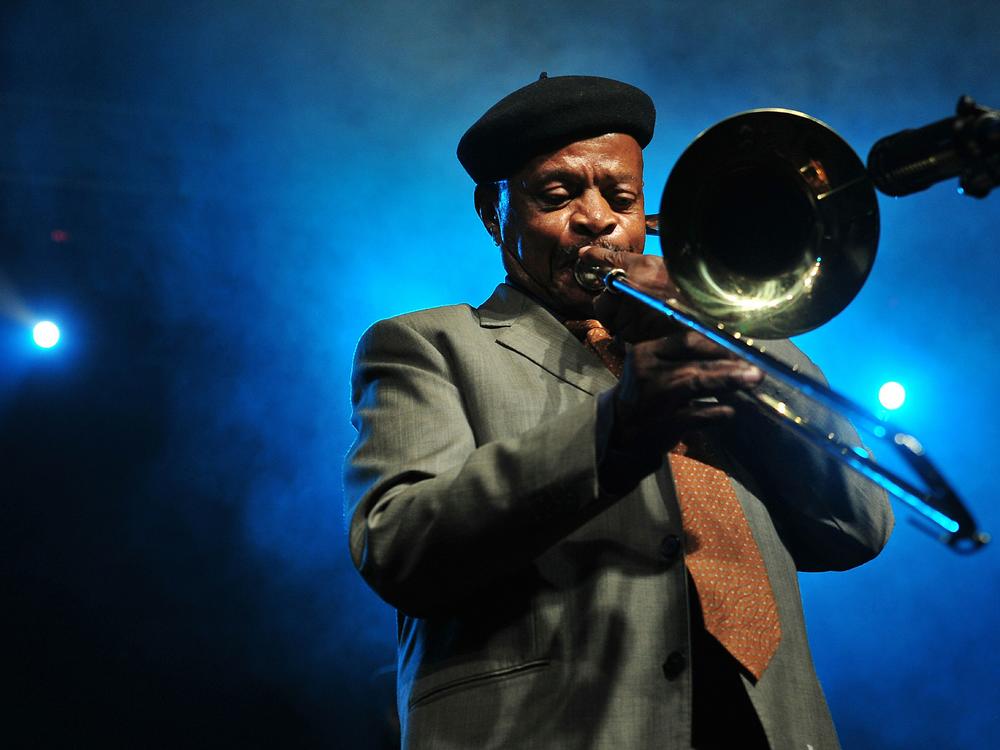 The great South African trombonist and composer Jonas Gwangwa, who was an ambassador for his country's music around the globe and an advocate against apartheid at home, died today. Gwangwa's death was announced in a statement published on the web site of the presidency of the Republic of South Africa. He was 83 years old.

"A giant of our revolutionary cultural movement and our democratic creative industries has been called to rest," the statement from South African President Cyril Ramaphosa reads. "The trombone that boomed with boldness and bravery, and equally warmed our hearts with mellow melody has lost its life force."

Jonas Gwangwa was born in Soweto in 1937. He mastered the trombone in his youth, and in the late '50s was a founding member of the pivotal South African group the Jazz Epistles. The ensemble also featured future legends like pianist Abdullah Ibrahim (then known as Dollar Brand), trumpeter Hugh Masekela and alto saxophonist Kippie Moeketsi. Modelled after Art Blakey and the Jazz Messengers, the band was a superb showcase for Gwangwa, whose trombone style embodied both the commanding flamboyance of Jack Teagarden and the technical precision of J.J. Johnson.

Following the Sharpeville Massacre in 1960, the apartheid regime in control of South African imposed wide-ranging oppressions that included banning jazz performances and broadcasts, which brought the promising combo to a premature end. Despite the restrictions at home, Gwangwa continued to compose and perform internationally. He was one of the featured artists in the Sound of Africa concert at Carnegie Hall in 1965, which also featured performances by Masekela, Miriam Makeba and Letta Mbulu.

In the early '70s, Gwangwa began living in exile, but continued to employ his music as a form of resistance. From 1980 to 1990, he was the leader of Amandla, the cultural ensemble of the African National Congress. He also co-composed the theme song for the 1987 movie Cry Freedom, about the anti-apartheid activist Steve Biko, for which he received an Oscar nomination.

Following the dismantling of apartheid in the early '90s, Gwangwa continued to make music drawing upon the full repertoire of his influences, both jazz and South African styles.

Gwangwa's death comes three years to the day after the passing of Masekela and exactly two after the death of Zimbabwean great Oliver Mtukudzi, deepening the pain felt by the South African cultural community. On eNCA, a channel specializing in South African news, cultural journalist Sandile Memela mourned Gwangwa's death, saying, "He did everything that he could in his lifetime to show us the way."

"[He's an example] of what it means to be a South African," Memela continued. "[He shows] that the power that lies within us is greater than the challenge that is without us."

South African pianist Nduduzo Makhathini meditated on the loss in an email. "A jazz community without Gwangwa is hard to imagine. I recall, this particular time experiencing him in festival here in South Africa, he played his classic 'Flowers of the Nation' and [I] felt as though the entire universe was in agreement with his sound. That evening I left thinking, 'Gwangwa composes anthems.' These anthems now live to comfort us, and perhaps the most immortal part of an improvisor is his/her songbook.

"If we go with this notion, then Gwangwa lives to eternity," Makhathini wrote. "His stories, through his sound, will be told to our grandchildren for many generations to come." 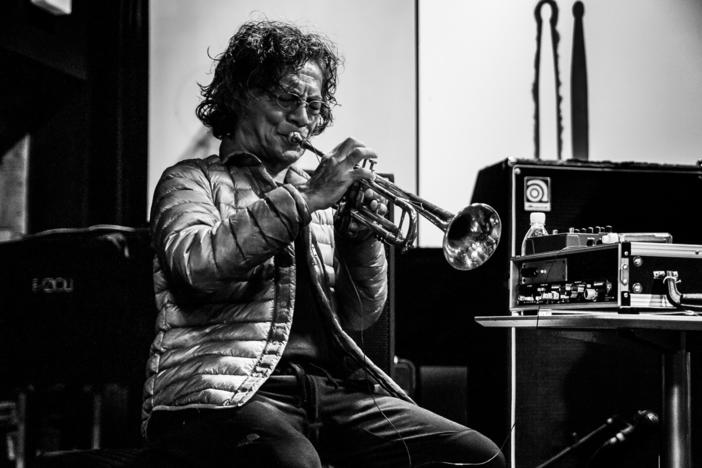 From the '80s on, Kondo stood with a new generation of free-form players, collaborating with a long list of fellow iconoclasts. 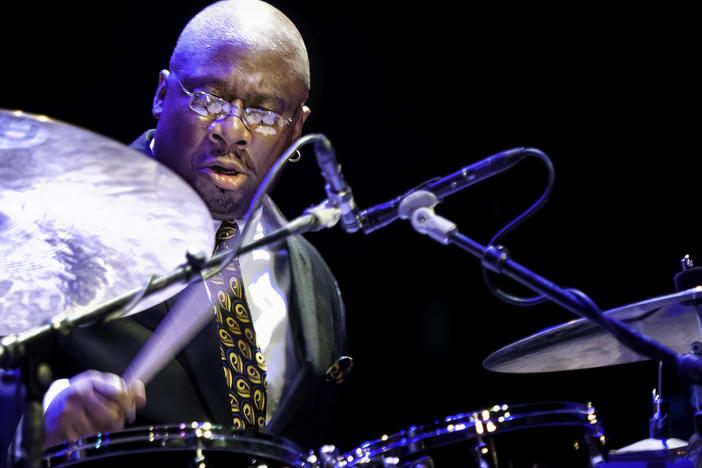 With Art Blakey as both mentor and north star, Peterson emerged in the '80s as one of that decade's most striking jazz artists. 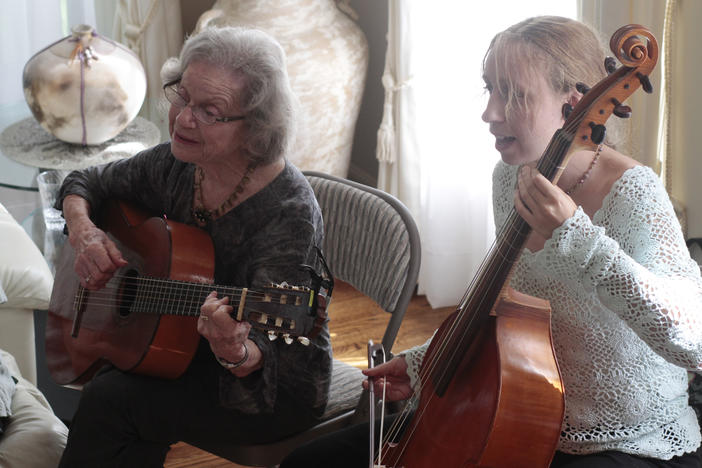 Born in Sarajevo, Flory Jagoda celebrated the music and language of her ancestors who had been expelled from Spain in 1492. She died Jan. 29 at age 97.